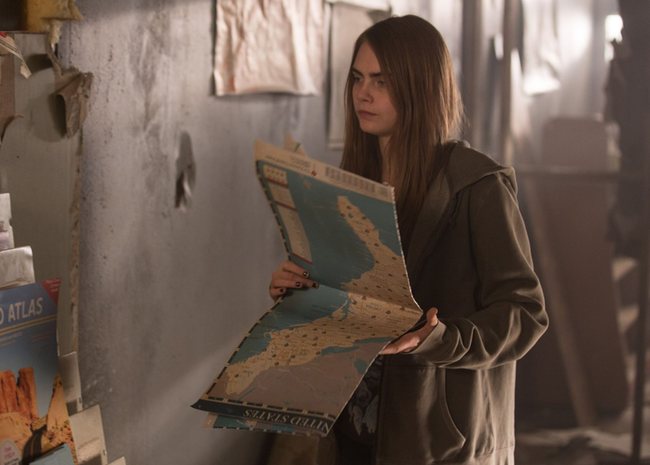 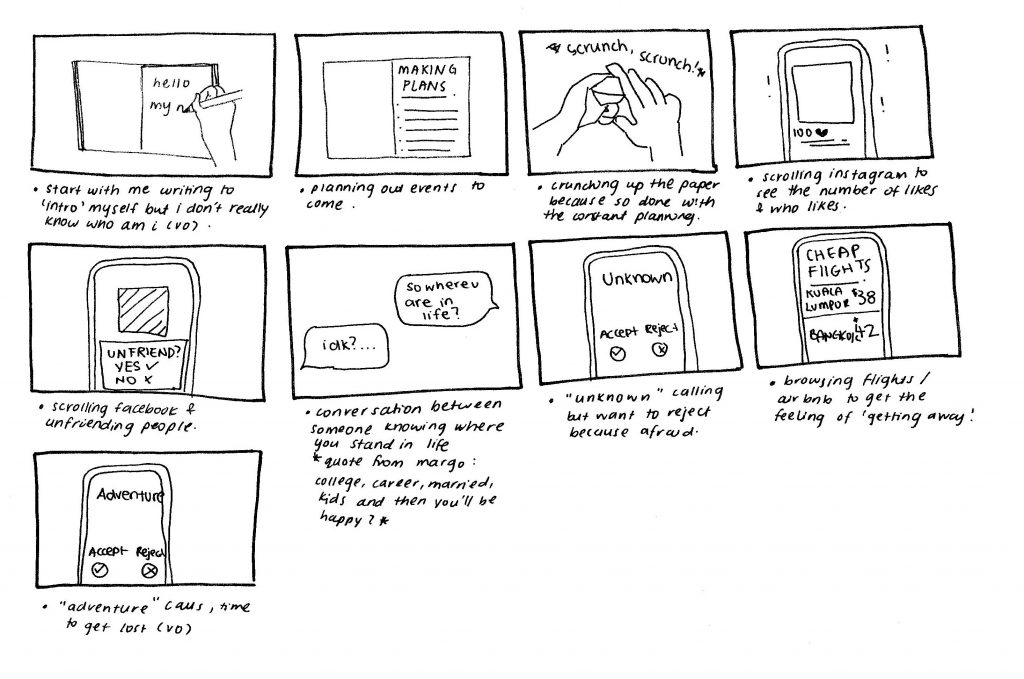 The video revolves around the many different aspects of one being lost and trying to find one’s self. Often in this modern world we subconsciously are dictated by who we are by the number of likes on Instagram and who are really our ‘friends’ are on Facebook. Constant planning for our future creates the illusion that we got out lives together. But if we really get all that we plan for, will then will we be happy? I don’t think so. Thus we are so afraid to get lost in the unknown that we forget to embrace that it is part of the journey to find ourselves. We keep seeing flights deals and wishing to be away from ‘here’, but so often afraid to just drop everything that we got to pursue a better understanding of our self. The thought of being by oneself scares us in this big world, but we should see it as so many amazing big chances out there for us to make mistakes, get lost, learn from new people and gain an experience that school or even the highest paying job in the world could never teach us.

I researched on some of Margo’s popular quotes from the Paper towns movie and one quote that got to me and defined what character she had that I could relate was when she said “you have to get lost before you find yourself”. Margo had the character where she was someone that everyone knew; a pretty and popular and sociable girl. Something that most of us are accustomed with, just going about as what everyone saw us as. But she then realizes that this was not her, and that these people or places were merely ‘paper’ or fake. So she decides she needs to go away to find herself. I also read up on a few thought catalog articles that is famous for articles with titles such as ”sometimes losing yourself is the only way to fin yourself.” Upon researching more about Paper town on pinterest I realized that there were many objects that associated with the movie. That sparked my concept of using purely objects to depict and tell the story line. I researched on youtube several flat lay videos and what was required for flat lay. One of the many difficulties and restrictions that I had to face was that there were no humans and everything has to be clean from the background to even the objects. It was difficult trying to portray something philosophical and tangible such as feeling lost in a mere number of split seconds and trying to get the message to the viewer just like that. I had to narrow down the number of individual ideas I had for snippets of the video to see which best fits and told my concept clearly. 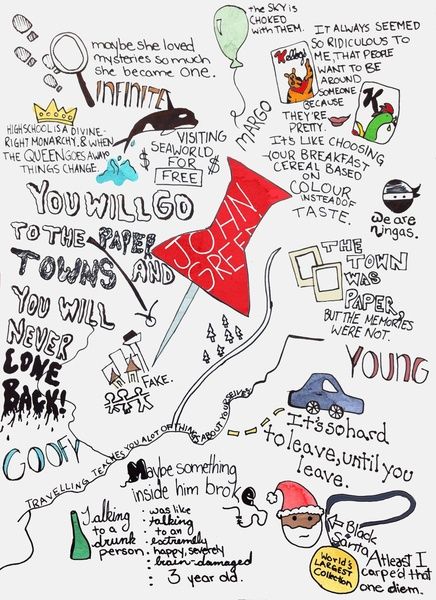 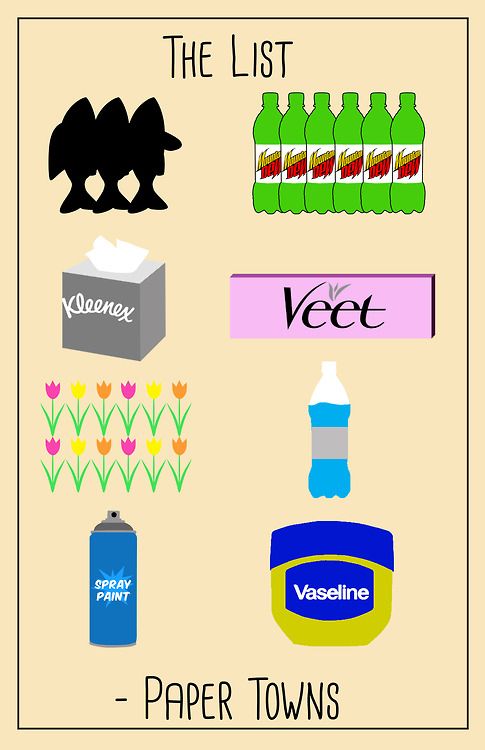 ● good approach to a typical kind of subject

● take note of voice recording, might be tok near the mouthpiece

● learning to shoot in flatlay for the very first time!

● how a simple motion or action (like befriending someone on facebook) can be shown in different way but which way is the best to give more ompfh!