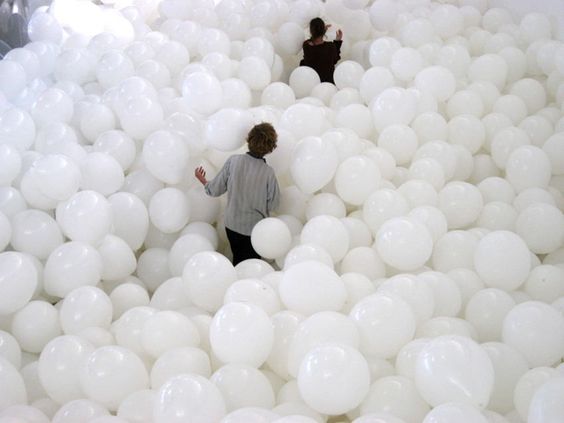 So here is the breakdown on some of the progress we made with regards to our installation on the sense of our starfish-nemo-anemone!

For the scent portion of our installation, we decided that we would be hanging a contraption that once pulled it would release a powdered scent. We initially wanted to be more like a trip-over-a-string thingy and suddenly poof the scent comes out but we figured it that method could only be done once. Instead this way, it would allow to be done repeatedly. 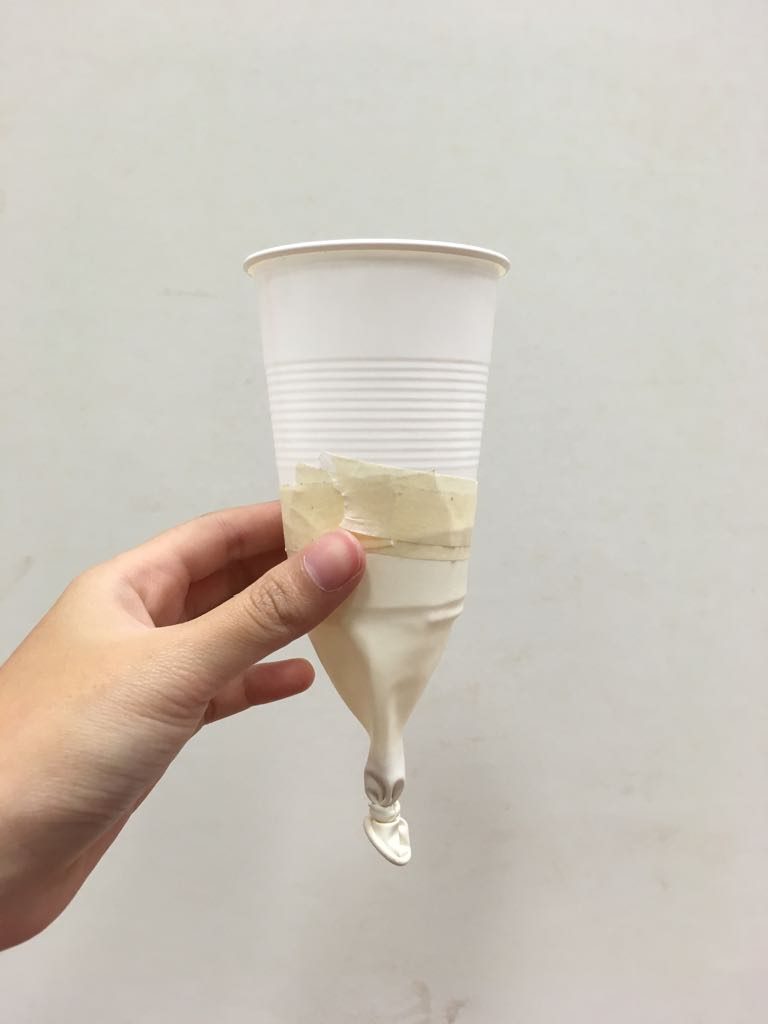 As you can see here, it is basically a slightly cut balloon taped to an open end of a cup. Inside the cup for this case was baby powder that was sweet smelling. Tugging and releasing the end of the balloon slightly would release the powder in mid air and allow the scent to be released!

The sight portion of the installation ties in with the scent portion as little as there was an added idea whereby the cups would be painted with luminescent colours, and would hang in mid air. Upon seeing these blobs of light from afar, the user would move towards it, and try to reach for them. There would also be stationary white balloons lighted up by LEDs dimly all around. We also tried out and see different aesthetics of ballon to see what would fit out theme, but we settled with normal plain white ones!

As for the touch, we were inspired by this video of how a balloon contraption moves on the internet. A piece of balloon simply stuck on a CD and due to the pressure, it moves in a very anemone-ish kind of way!

We experimented and tried with different way but we figured that it wasn’t the most reliable method for the movement. We realised that the surface of the floor and also how heavy and wide the base was played an important part. So this is the more mechanical method we found that we would try out!

So the idea would be that these little things would be attached with balloons and feathers and would be wiggling about on the floor dancing as touching and tickling the legs of the user as they walk through the space. This would also be the surprise anemone essence of the installation.

Also upon reaching for luminescent cups as mentioned above, the users would be tingled by a small metal ball/fuzzy object at the tugging portion, before pulling it.

Overall our installation would be in a dark room, with the kind of white playful aesthetic feel to it with a tinge/speck of colours in the room. 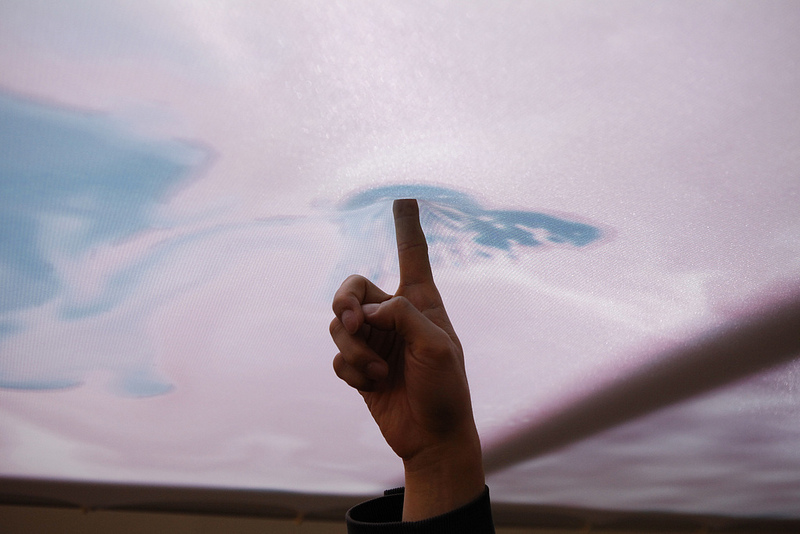 Moving on into our final project, we were told that we could make reference to either one of our previous projects that we felt we liked and to me, it was the alter ego. I realised that I’m more into towards the sense of discovery of one’s self and decided I would focus my research for the next project a bit more into that genre. 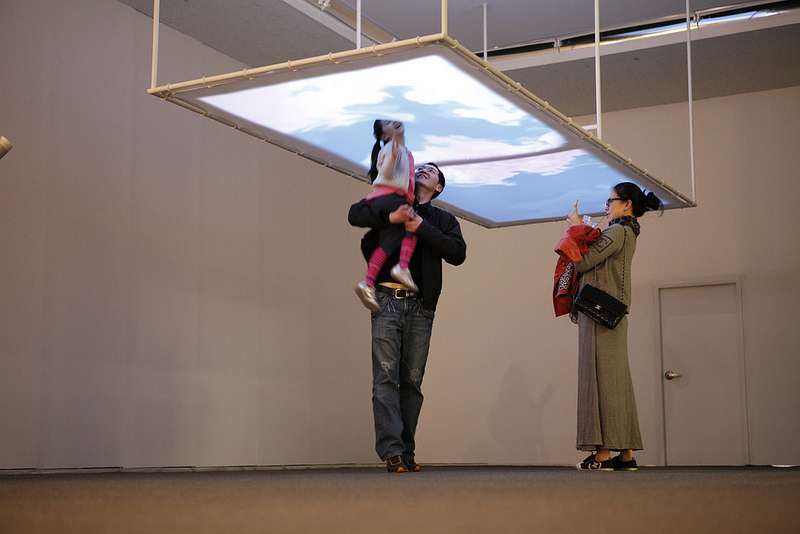 Cloud Pink is an interactive installation by Everyware. Everyware is a creative computing group by Hyunwoo Bang and Yunsil Heo. The duo mainly do works that appeal to the human action, user interface and speech. Their works always consist of something that appears merely normal on the surface such as a projection or sand, however invites the user to come into contact with it without providing any specific details. Upon interacting with the installation it gives them a sense of discovery of what is possible.

I feel like their installation always taps into your inner child like behaviour towards nostalgic and dreams, such as cloud pink. The feeling of stretching out as the child and wanting to reach into another world that is represented by the clouds. These of fabric as opposed to just a flat wall to interact with also puts into place everything nicely. Their installations may be simple with only a purpose but it always has that sense of play and discovery about one’s self. 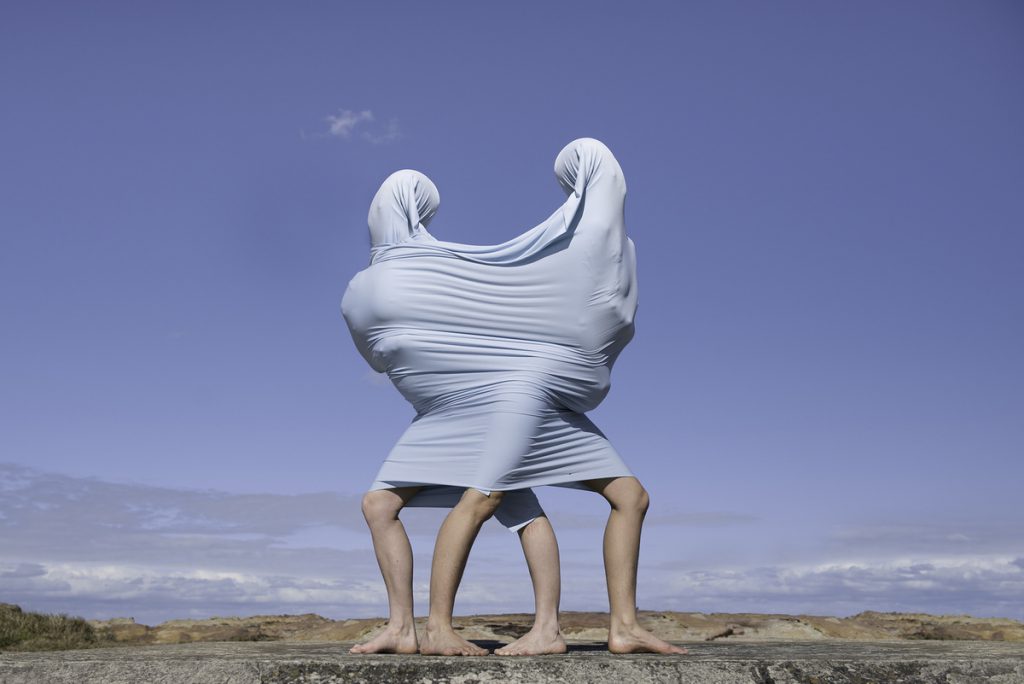 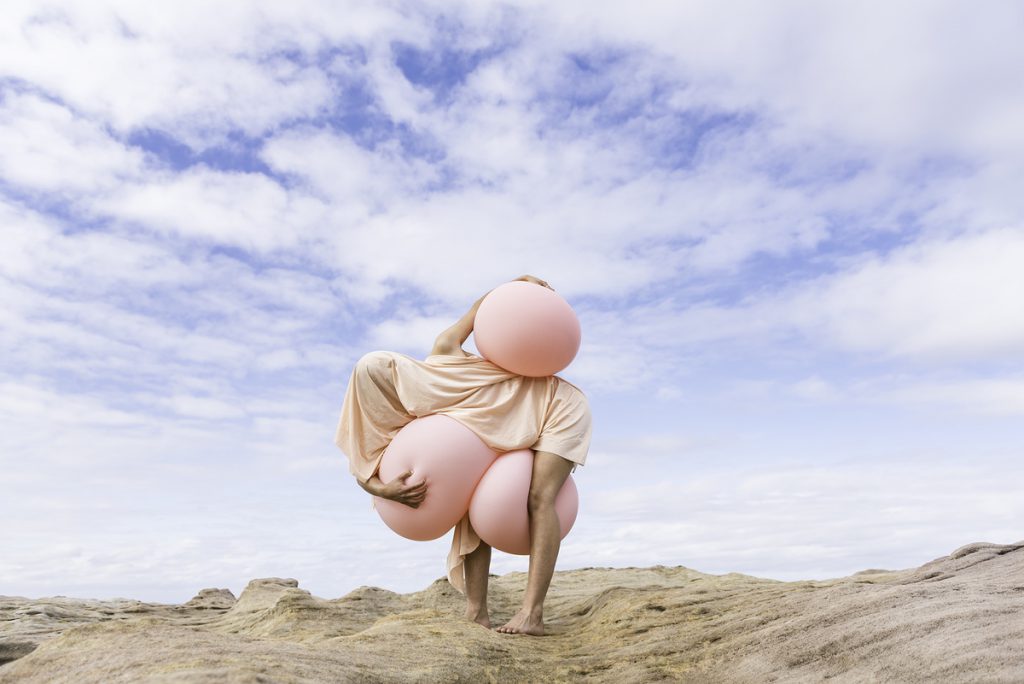 Moulding is a performance art piece by the duo Honey Leong and Prue Stent. Throughout this series, they deal with how the fluidity of materials interact with one’s body in the landscape. Generated spontaneously the wrapped bodies play with the idea of classical human forms and statues, making them dynamic, transient and ambiguous. The use of shrouds generates a sense of playfulness and freedom that comes with anonymity and acts as an expansive and weightless extension of the body. However embedded within their otherworldly beauty is also a sense of suffocation, restriction and alienation.

Majority of their works play with the discovery of the human body against various landscapes and material and though it may be a bit too gritty for some users due to the rawness of the human body, as for me, I feel that using the body as a medium to explore the perverse curiosity to interact with the allure of materials and objects. Their results are often unexpected and playful. It makes me question in what other ways can the human body be discovered within a constricted space, time and body. 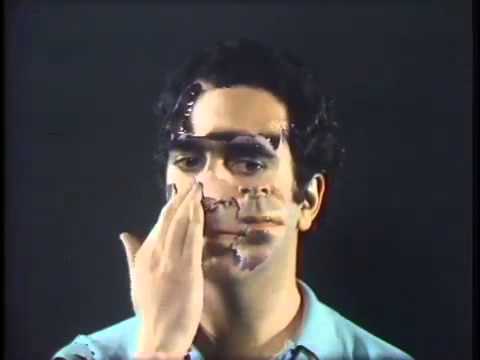 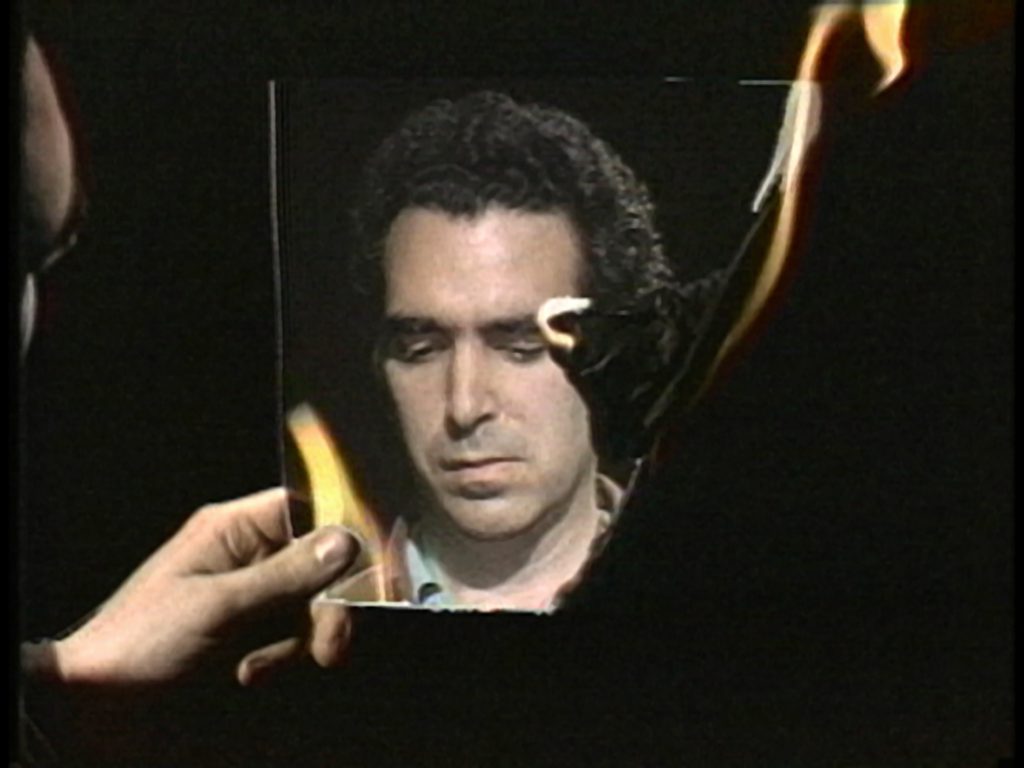 Three Transitions is a video art created by the famous Peter Campus. The video consists of three short exercises or “transitions” in which he employs different visual and spatial effects. Throughout the video, he himself displaces and superimposes takes of his own body, which he makes interact with each other using chromo-key techniques. He deals with a lot of self-transformation and the body identity in his works while using a lot of studio camera work and video technology.

I like the idea of how he uses his own body as a paradoxical space and as a medium of self discovery though different reflections or mediums. I think it would be interesting to see how one’s self can be displaced in various ways  in different spaces and the effect it will take on for the user interacting with it.