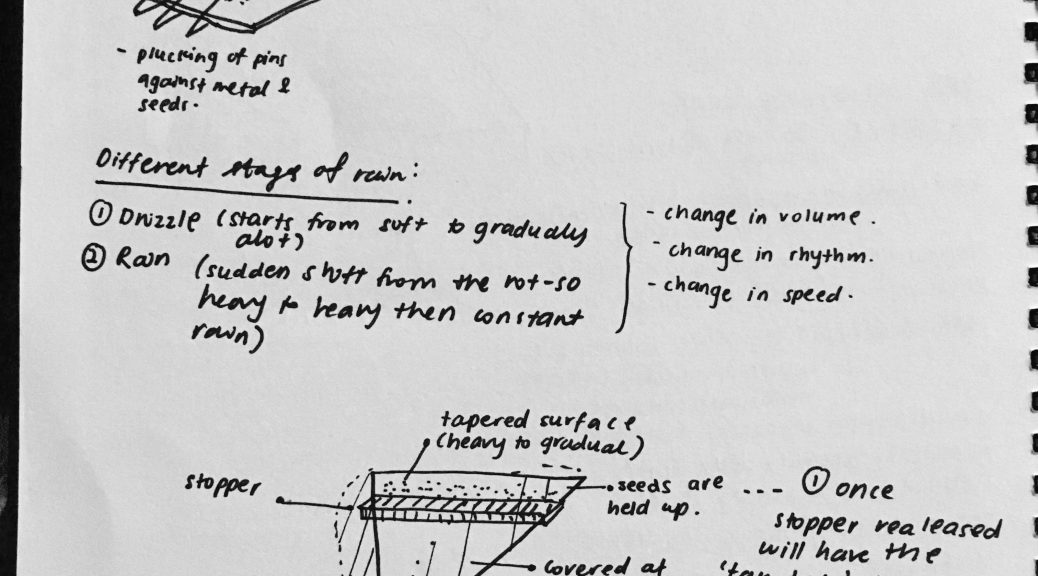 Here is an update on my progress! 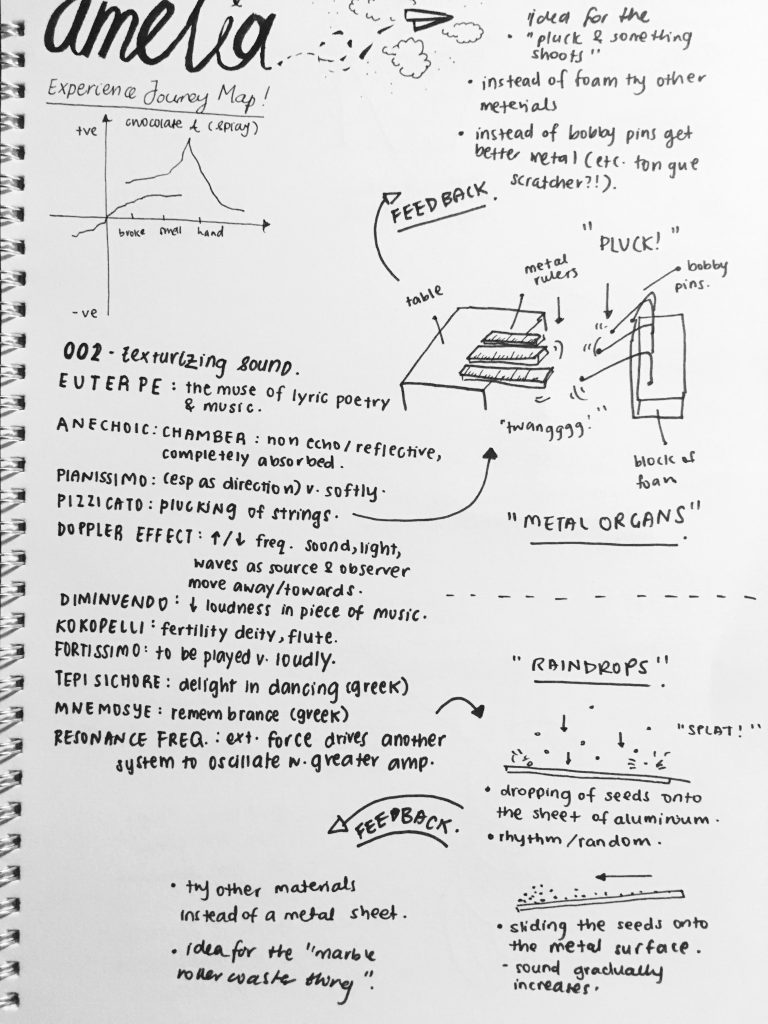 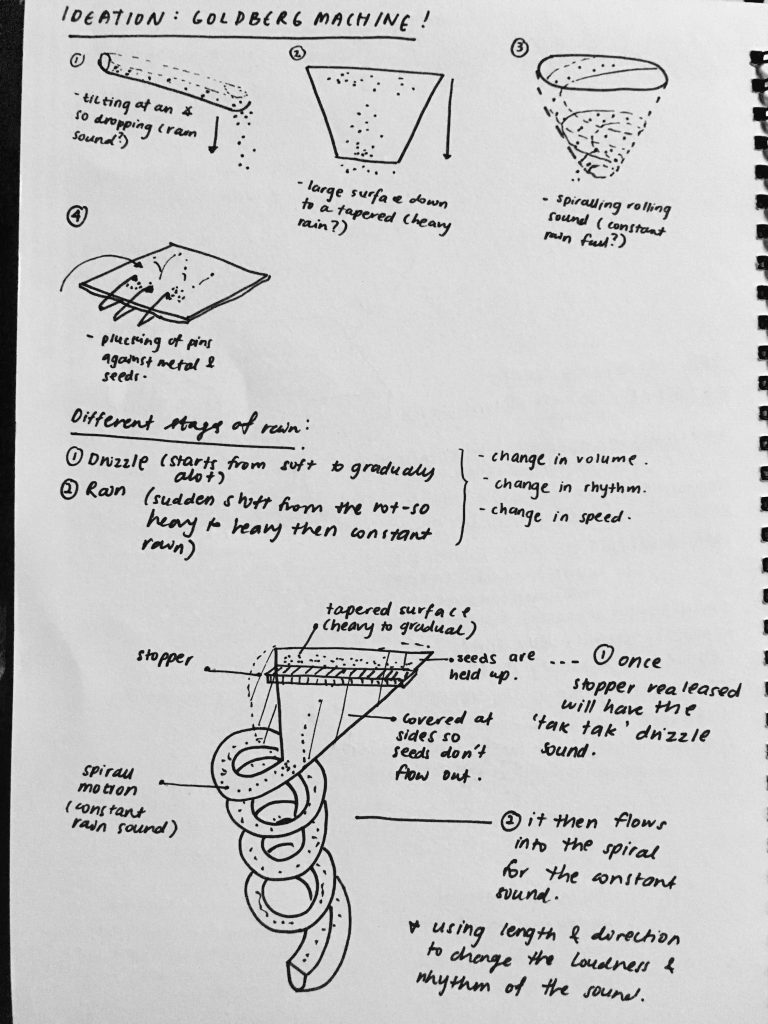 So my initial idea was like a funnel spiral kinf of contraption. The seeds would be dropped from the height producing a first sound which is the rain dropping. After which, the second sound would be produced when the seeds are sliding producing the constant rain sound. Here is the actual try out of the sound texturizer. 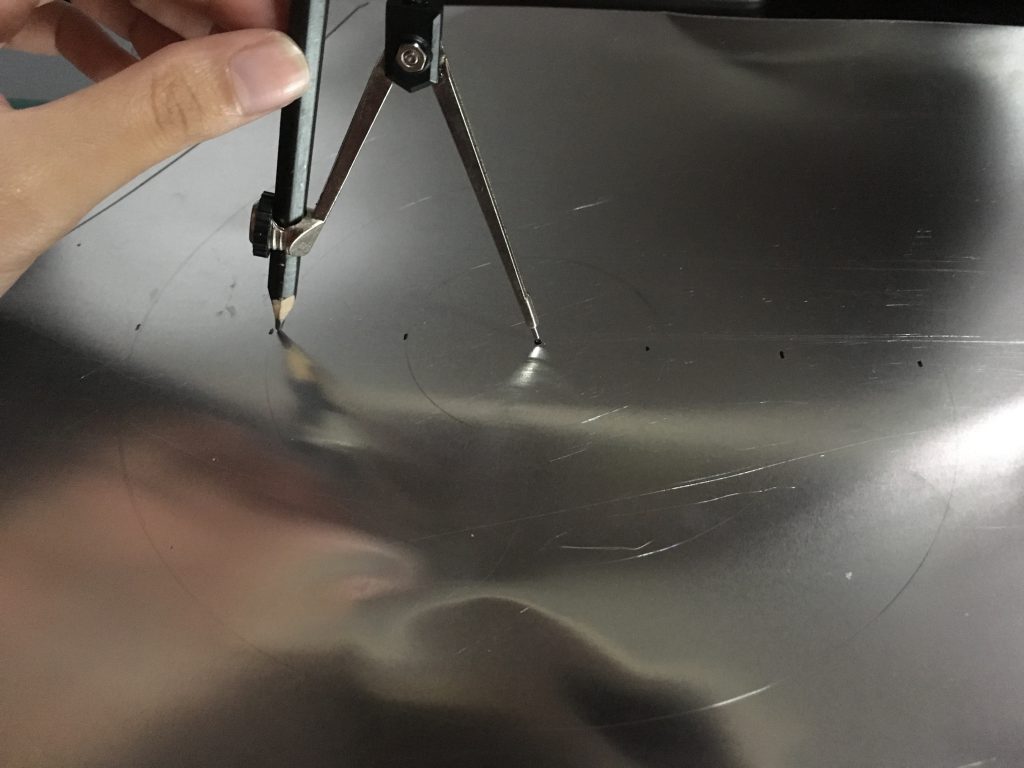 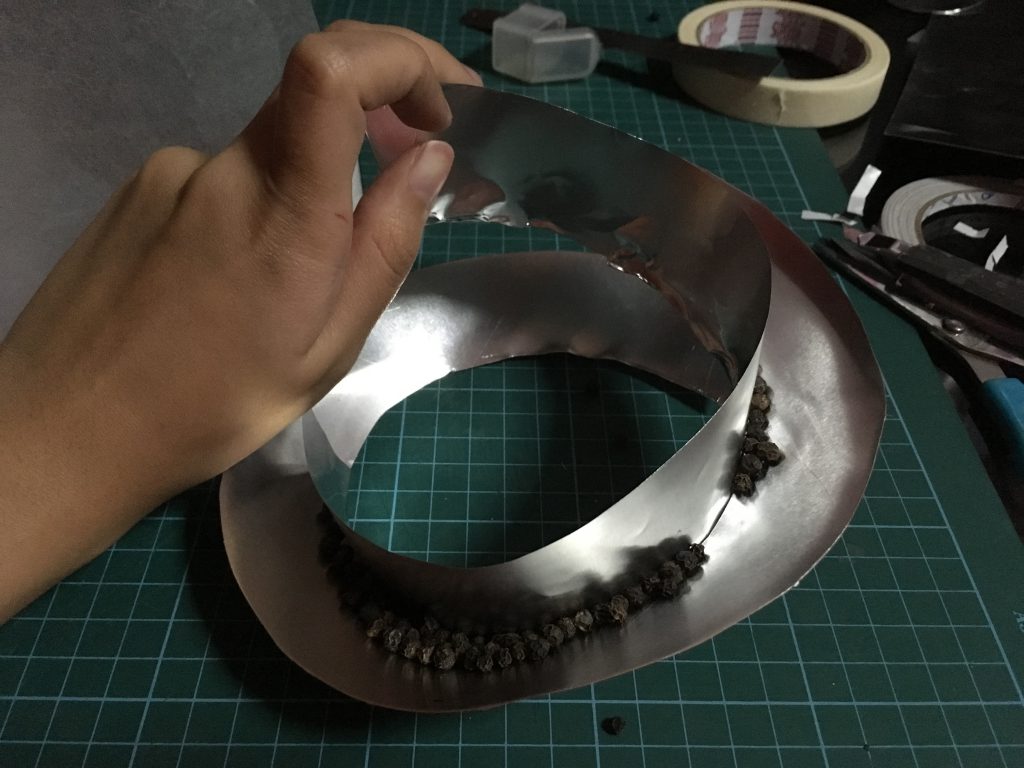 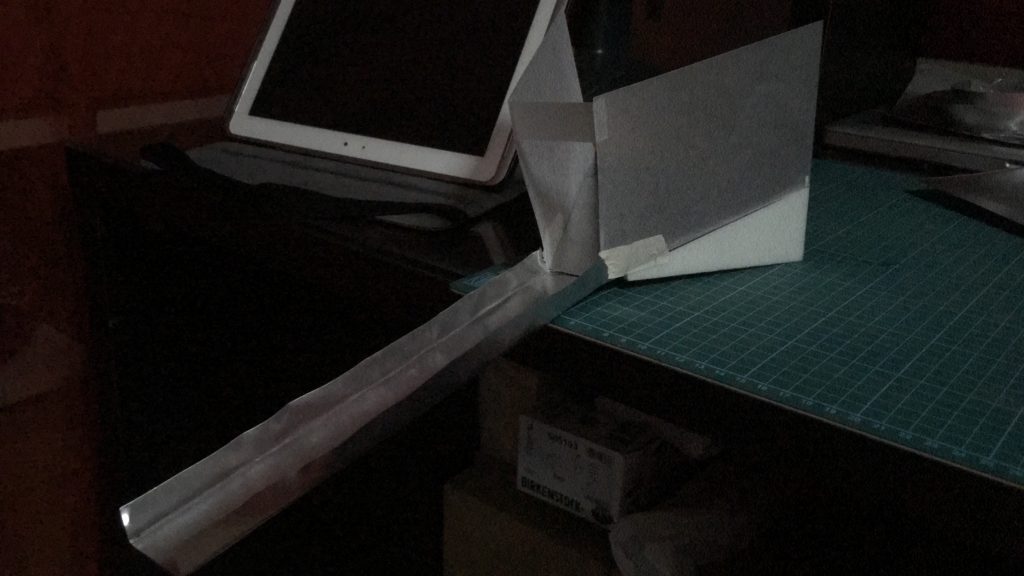 So part of my sound texturizer managed to be made like how i imagine to be however unfortunately the bottom part which i imagined it to be a continuous spiral where the seeds flow didn’t exactly work out how it should be! So i improvised and made it straight instead. However another point to take note was that instead of using the flimsy metal, the harder metal, produced a not so rain-ish sound like i expected it to be. So I might have to go back to that and work around it. Still sticking to the concept of using the same material but changing the distance and direction to change the sound produced. Will work on a better idea for the final! 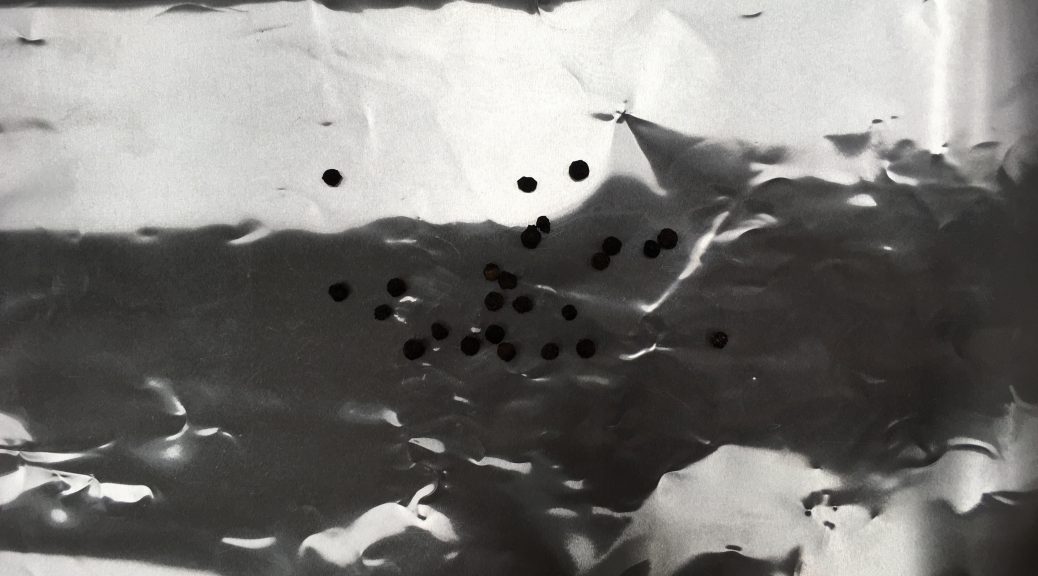 Hi! Here is my update on my sound texturizer . 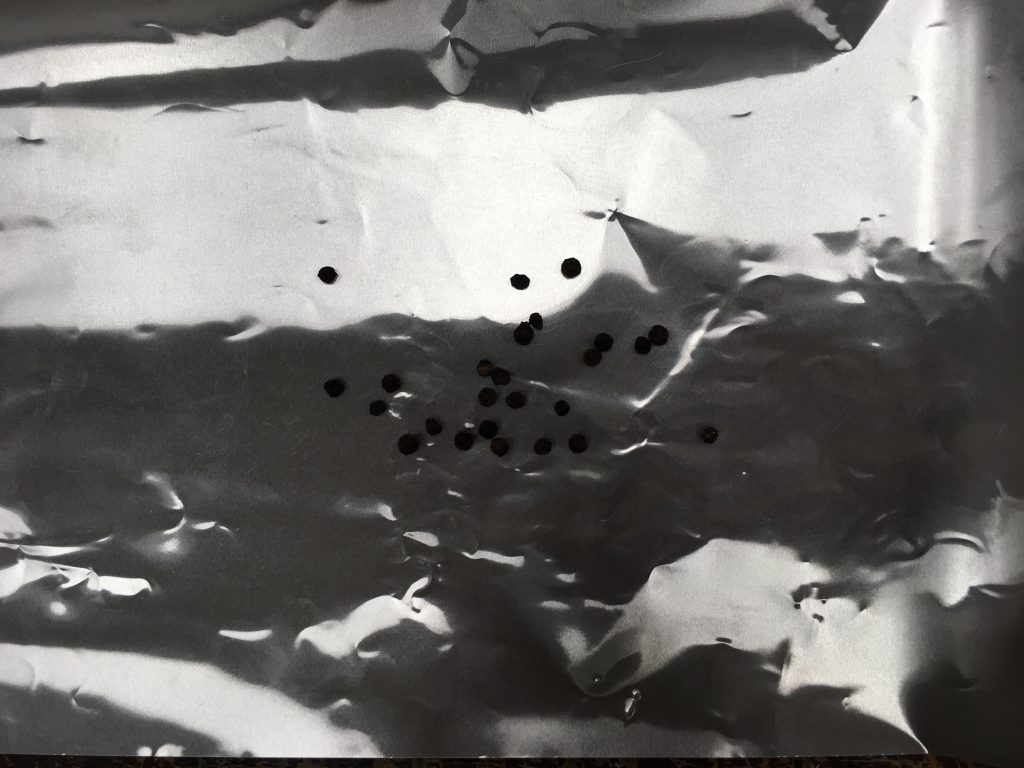 The materials I used were the aluminium sheets and peppercorn seeds. Upon dropping the seeds i found out it sounds like the rain drops and if I were to slide them from side to side, it sounds lile the rain falling. So i thout it would be interesting  if my sound texturizer mimics the various different stages of rain. 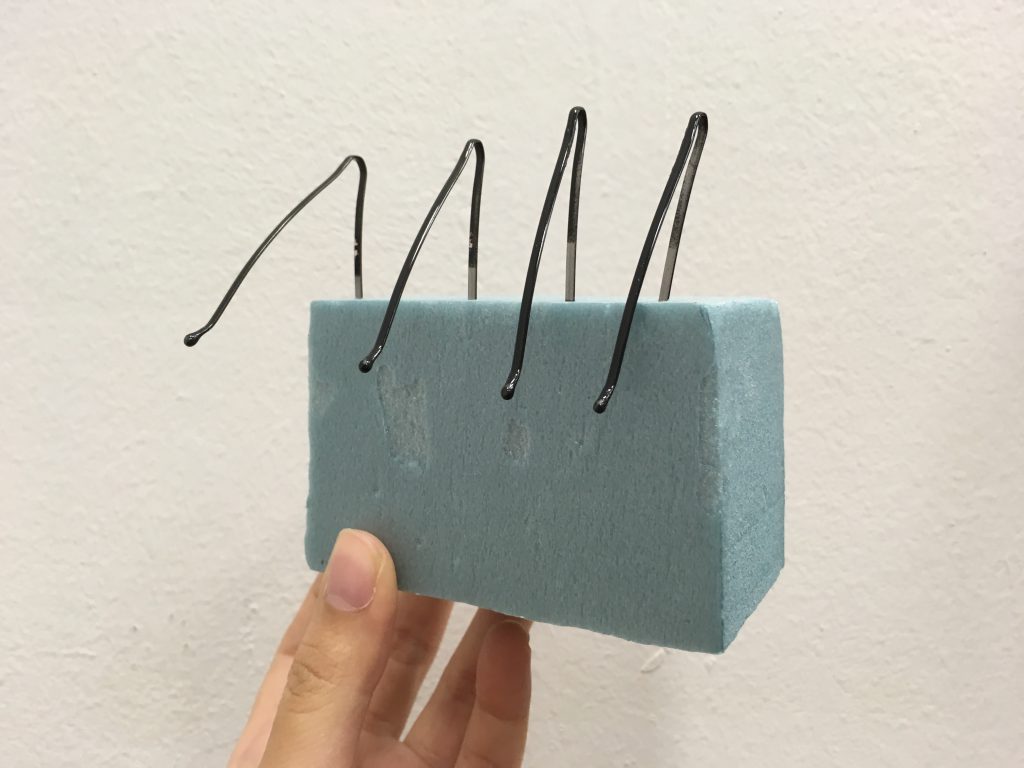 For my second sound texturizer, originally it came from the ruler organ idea but I improvised amd used bobby pins. I bend each at a different angle so the sound produced is slightly different.

My new concept is a combination of both the ideas whereby i was thinking of making the different stages of the rain sound using the concept of the flicking of the bobby pin. It inspired me to use the concept of the Goldberg machine.

I’ll upload my skecthes and ideation soon! Thank you for viewing!