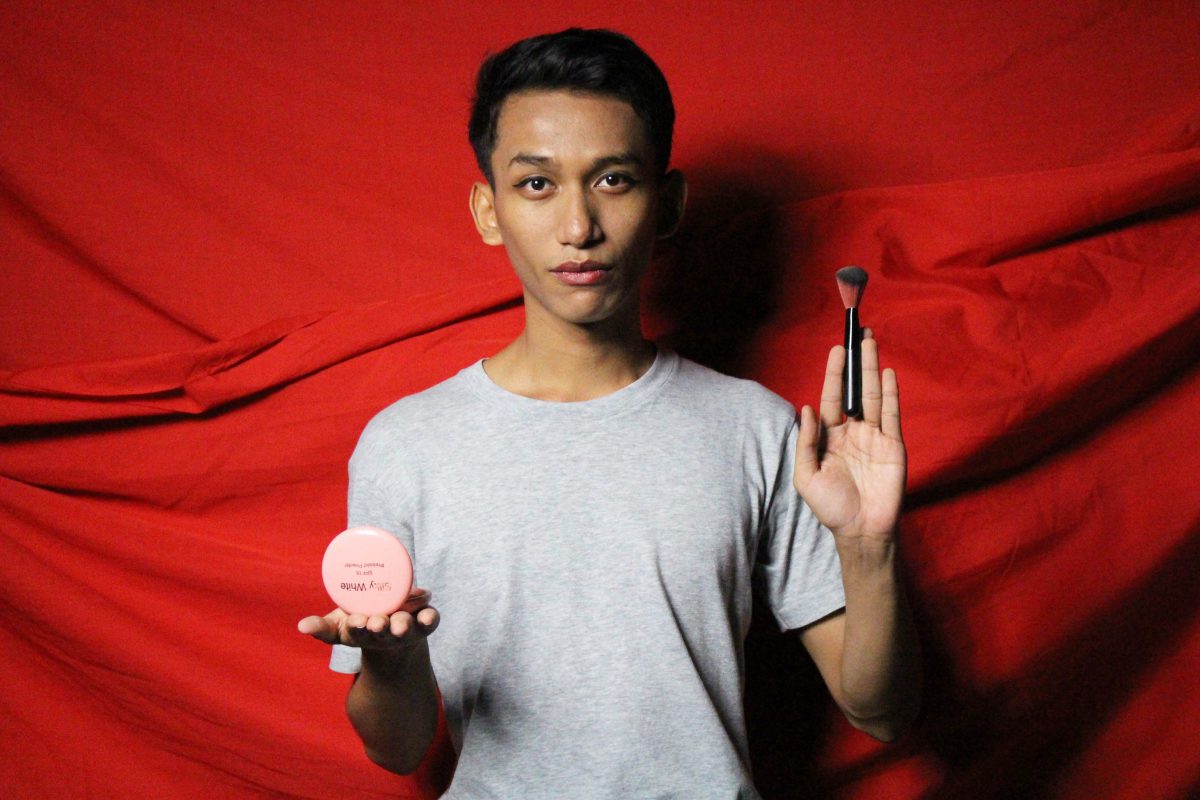 Our group, The Tranny Diaries, focused on the transformation of Guanyin from male to female and how the current context parallels this transformation.

For me, I found it really interesting to be working on this topic about transformation and linking it to the transgender community in today’s society as my knowledge about these people are very limited. When I look at the non-straight people, I would just categorise them into either gays, lesbians or bisexuals. To be honest, I didn’t even know what the ‘T’ stood for in LGBT until I was working on this project. So this project has given me insights to how transgender people act and dress.

With each layer of transformation, I found out what each layer symbolises to the transgender people. The further we researched for this project, I found out how these people were being treated by society all over the world. I had initially thought that they were widely accepted due to the gays, lesbians and bisexuals being more accepted and supported in our community. However, it turns out that they are being treated by how society views their physical gender to be instead of who they really want to be. I’ve always thought the topic on LGBT to be fascinating, but this project has really broadened my perspective on things which I was ignorant of.

At the start, I was worried about our project as during the presentation of ideas, we still weren’t sure about what our end product would look like. We only had a rough idea but it was confused with our chosen subject, the transformation of Guanyin, and our main aim, touching on the LGBT groups in modern society. However, after a final round of discussions we came up with a concrete plan and I was really relieved that we could start on the end product already for our next meet up.

The photoshoot was a lot of fun as it was my first time helping someone to put on make up. It wasn’t a stressful serious meeting but more of an exploration of tools and poses. However, the best part was when we were finished with the taking of photos because that meant one less load off our shoulders.

Overall, this experience has taught me that ancient religious art can be linked to issues of modern society in ways that we may not think is possible.