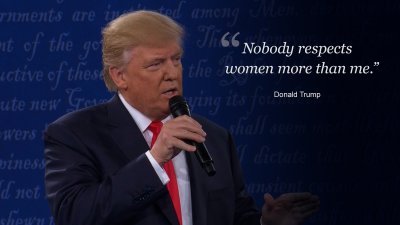 What is safe enough to be a safe word?

Sadomasochistic sex, is sexual preference whereby participants enacted fantasies that may involve humiliation and pain. Hence it is commonplace for such participants to agree on a ‘safe word’ so that if either one feels excessive pain or discomfort they would know that it is time to stop. Why does one need a ‘safe word’ in order to let one’s partner know that they want to stop? In Sadomasochism, saying ‘no’ or ‘stop’ is insufficient because they do not have the conventional meaning of ‘no’ and ‘stop’ in such situations.

In SM scenes, which require one party’s submission to the will of the other, the formulaic resistance function of ‘no’ is particularly important. If the submissive partner offers no token of resistance, the dominant partner cannot experience the pleasure of imposing his or her will on a powerless other, while conversely the submissive partner cannot experience the pleasure of being overcome by a more powerful other.” (Cameron & Kulick, 2003)

Participating in Sadomasochism requires a lot of trust between all parties involved, and when things get kinkier and perhaps more painful, it’s vital that things can be halted immediately. Therefore while taking part in such a sexual activity, one would require a safe word that would 1) stand out in context jarringly and 2) has an unambiguous meaning. If the safe word is not able to stand out from the fantasy being enacted, the dominant partner would most likely think that they are just playing the part of their resisting role and does not really mean ‘stop’.

In view of Julie and Mike’s situation, I would think that the emoji that would best suited to be a ‘safe word’ is the cucumber emoji. In a study done by Sex toy emporium Lovehoney to find out what are the favorite safe words by 1,280 couples from across the world  the yellow fruit came out on top (The sun, 2018). Since it is highly unlikely that the name of a fruit would come up in a fantasy enactment of sex and power play,  that gives the ‘banana’ or ‘cucumber’ its incongruousness and unambiguous meaning which has to be agreed beforehand. Other popular options were ‘pineapple’, ‘Justin Bieber’ and ‘Michael Jackson’. US President ‘Donald Trump’ also made the list – perhaps thinking of him would be an immediate passion killer.

The remaining emojis seem to have an explicit sexual connotation such as the chain and zipped mouth emoji which would allow us to imagine a chained up and gagged submissive partner. The hand up emoji may look like a stop sign to us conventionally, it may not be the case for sadomasochism play as it is also common for slapping and spanking, which could be the meaning for this emoji. Others such as the shit and toilet emoji seem to be out of place in conventional sex play but it could very possibly be terms that S&M partners use to form the fantasy of humiliation.

The absence of a safe word or one that is not unambiguous enough could result in appalling consequences for one’s body such as bodily and/or mental harm. Such could be the case if one takes part in activities without establishing proper rules about consent and safe words. In Sadomasochism, consent is key to a healthy and satisfying fantasy play involving pain and humiliation to a certain extent that can be accepted between partners or perhaps even groups. However once such an understanding is compromised and things are taken too far and limits are broken, the submissive role player could end up possibly suffering from abuse sexually and psychologically. Such occurrences are mentioned in an article on Broadly Vice about what happens when safe words are not taken seriously and consent is broken and taken for granted.

Jackie shudders when she recounts the couple. “They were pushing limits.” The man is now banned from a number of British clubs, after an incident when a woman was tied up and touched without permission. (Pavelin, 2015)

She’d had experiences in London where people had forced ketamine on her, and kept her against her will for days. (Pavelin, 2015)

It would seem that such occurrences are getting more rampant as the demands of the Sadomasochism community are constantly evolving. To avoid such tricky issues to maneuver for submissive partners, perhaps it would be best if one only takes part in Sadomasochism play in a safe environment with a trusted partner and well-established rules and of course, a safe word.

2. Any manner of conversation that polite society dictates be held privately – with small groups of like-minded, similarly gendered peers – due to its sexually charged language, situations or innuendos.

This one guy on the train kept talking to his friend about getting a blow job in the bathroom at Chili’s last night and he was really loud so finally I barked at him to “Save the locker room talk for somewhere else!”.

3.  Racist, sexist, and crude language most men use towards immigrants, minorities, and women, when they are with their fellow male chauvinistic pigs.

A presidential candidate was forced to apologize for his locker room talk, when video tapes of his crude and rude interviews were leaked out by his political opponents to the media.

Locker room banter is often seen as a sign that a man is chauvinistic and has no respect for women. While that may be true, there are certain extents to such “banter” and all of it plays a certain role for social functions among men. Or to be more precise in this case, heterosexual men. Locker room banter can be seen as having a main function of allowing men to relate to one another in an informal, non-hierarchical way. Hence what may appear to be essentially ‘heterosexual’ talk is in fact homosocial talk (Cameron & Kulick, 2003).

Its primary function is for the men to bond with each other, in ways the workplace hierarchy would not allow for, and talking about women explicitly and sexually gives them something to discuss and agree on. Rather than a woman’s body being the highlight of their conversation, it is their relationship that is the actual priority in their “locker room banter”, however implicit it may be.

Linguist Debbie Cameron argues in a post highlighted by Gretchen McCulloch at All Things Linguistic, Trump’s “locker-room talk” is indeed offensive, lewd, and inane, but that’s not all it is. It’s about bonding with the boys (Baer, 2016)

Like the sharing of secrets, the sharing of transgressive desires, acts and words is a token of intimacy and trust. It says, ‘I am showing that I trust you by saying things, and using words, that I wouldn’t want the whole world to hear’. It’s also an invitation to the hearer to reciprocate by offering some kind of affiliative response, whether a token of approval like appreciative laughter, or a matching transgressive comment. (‘I trust you, now show that you trust me’.)

In its own twisted way, bragging about serial sexual assault, which Trump is clearly doing, is a display of vulnerability. As an affiliative bid, its social function is a lot like cursing, in that swears are “unexpectedly useful in fostering human relations because they carry risk,” according to In Praise of Profanity author Michael Adams. The function is a lot like humor more largely writ: All over the world, people tell each other that they want to eat one another’s intestines (Papua New Guinea) or lovingly knock the chardonnay out of each other’s hands (New York). This is because the meaning of spoken language and gesture isn’t just a matter of “semantic content,” or the definitions and clauses and propositions you lay out in your grand arguments, but social function — words allow us to communicate shared experiences and put the “relate” into relationship.

Locker room banter also has the function of sexual reaffirmation, whereby men in a group talk about things that a “real” heterosexual men would both relate to and approve of: such as the over-sexualised talk of women and their bodies and the crude way of insulting homosexual men in order to reaffirm their own heterosexual-normality.

However, besides the function of males bonding, locker room banter has a darker meaning to it: misogyny. So yes, surprise surprise! Trump is a misogynist.

Allison (1994: 184) men use such banter as a strategy for constructing gender rather than sexuality or heterosexual interest. Because sex talk is seen in cultures to degrade the woman and not the man, it emphasizes a gender imbalance that gives the man the pleasure of dominating. Putting the woman down is merely another means for structuring this relationship. (Cameron & Kulick, 2003)

This goes to show that male dominance is an inevitably important part of the construction of gender and hetero-sexuality.

What is disturbing about Trump’s defense that it was just “locker room banter,” and his additional argument that it was “just talk” creates a vastly inaccurate misunderstanding about the power of words used and language. The way one uses words is how one describes the world that one sees or live. Therefore the use of such “locker room banter” by Trump shows us  the basic building blocks that create his reality: women as objects and a lower status compared to him, and the male privilege (to do anything to women) that he, a true blue heterosexual masculine man, is entitled to.

Baer. D. (2016). Locker-Room Talk Is the Glue of the ‘Fratriarchy’. Retrieved from: https://www.thecut.com/2016/10/how-trumps-locker-room-talk-maintains-the-patriarchy.html

Veena Ang
23 year old looking like 18 ;) Wants to travel the world but, money