Brief overview
The romantic comedy centers on teenager Viola Hastings who enters her brother’s school in his place, pretending to be a boy, in order to play with the boys’ soccer team after her team gets cut. 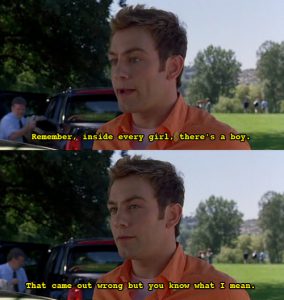 The quote is said by Paul, her friend, when giving her a makeover to look more like a boy. He says this to encourage her in being more confident and sure of herself – that she can embody these more masculine qualities.

Indeed, I interpreted this to mean that a girl can be both masculine and feminine, and need not be constrained by what society expects of her (in the movie, it’s Viola’s mom placing these expectations on her). 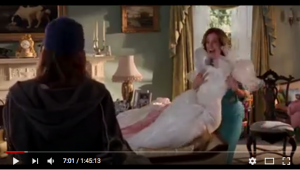 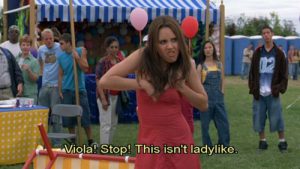 Approach
At first, I did very literal compositions where a boy is physically inhabiting the space inside a girl’s body. I chose the boy to be a soccer player as Viola is pretending to be a male soccer player in the movie.

In the first composition below, a male soccer player is coming out of a girl’s torso, as if he is breaking free. This is similar to how Viola is truly a soccer player but is constrained by her gender in the movie, but manages to overcome her physical differences and emerge victorious. 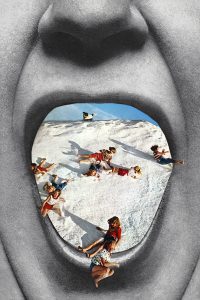 I was inspired by this work by Eugenia Loli, where she uses the mouth as a framing device. I thought it was very appropriate to the “inside” bit of my quote. 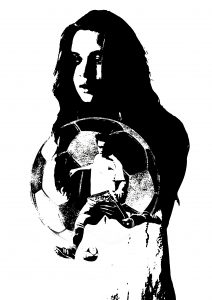 I tried to emulate this, using the ball as a framing device in the first composition, but realized I didn’t need two soccer balls as the soccer player is already kicking one. 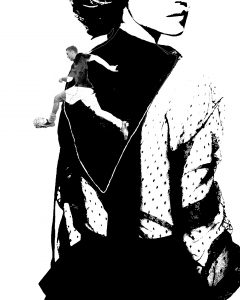 Hence, I used the back of a dress to frame the void from which he emerges in the second composition here. 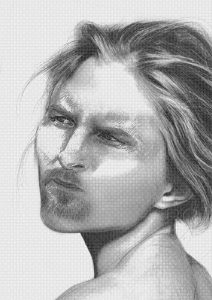 This is a really terrible draft mash up I did of Lionel Messi and a female head. I felt that it didn’t express the “inside” bit of the quote, so I scrapped the idea.

I had the idea to use symbols of masculinity and femininity at the same time I started using symbols for the other quotes as well. I wanted the viewer to not immediately associate the final image with a girl simply because there was a girl inside, but to have to think a little more. 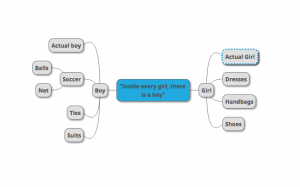 Hence, I came up with a mindmap to brainstorm some possible symbols of masculinity and femininity. 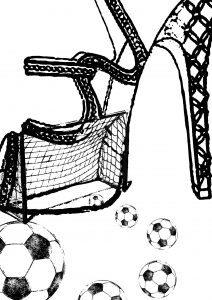 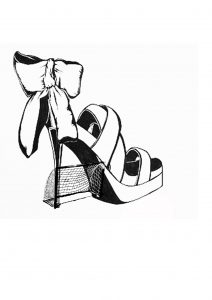 A few compositions I did with shoes and football nets, playing with voids and spaces in the shoes themselves. 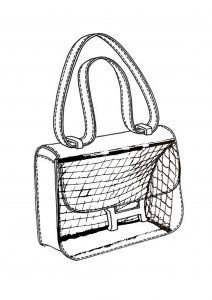 A composition I did again, with nets, because it lined up better with a handbag. 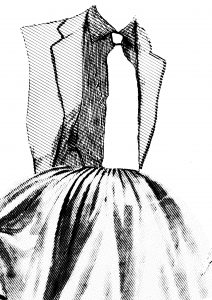 Mixing a tuxedo top and a dress together: Viola is both masculine and feminine in the movie.

I realized that I could probably do this forever – mixing feminine and masculine items together to show duality. I needed to focus; I needed a solid plan; I went back to the quote, where Paul says that “that came out wrong.” Hence, I decided to inject more personality into my design by arranging the above elements in a phallic shape, as a cheeky reference to the sexual undertones of the quote. 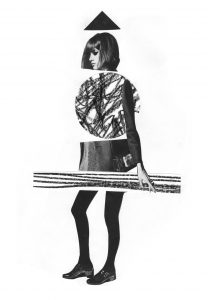 I was inspired by this work by Ciara Phelan where she uses different elements to form a body – it was pivotal in my making of the final composition. 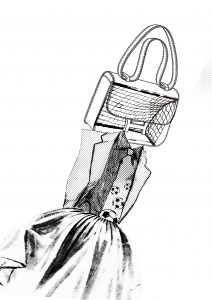 In hindsight, I could’ve also used other feminine symbols such as a perfume bottle that Hui En suggested – I think I missed that out because I was using symbols from the movie itself – Viola’s mother would force her to wear dresses and heels and there was a catfight scene with handbags. I also got feedback that the elements look pretty random and don’t look very cohesive, which I can definitely understand.