For our final creative response, we were tasked with creating a piece inspired by the Bauhaus, exploring the relationship between shapes and colours. Wassily Kadinsky believed that circles should be blue, squares should be red and that triangles should be yellow. From the survey in class, many of my classmates agreed with this; I did not at first instinctively (I thought triangles would be red), but after the discussion and explanation of Kadinsky’s thoughts, I agreed with his logic.

In between the week from when we were given the task and the week it was due, I was in Vietnam for the Asian British Parliamentary Debating Championships. Being in another country enabled me to get a new perspective on Singaporean culture.

One feature that struck me was how little people used their phones in Vietnam. In fact, I barely looked at my phone for the whole of the trip, only using my laptop during the small pockets of time I got at night to do my assignments. More than that, I felt like I didn’t miss using this technology – in Singapore, I would take frequent phone breaks – on the walk between classes, to classes, from classes back to my room in student housing. I felt that it was a Singaporean thing to use our gadgets so much on our commutes and look like you’re texting someone, or watching something, or listening to something, because I had the comparative of hardly ever seeing people using their phones on commutes/out in public in Vietnam.

It might be because of Singapore’s nature as a first world country and the constant need to be be contactable and be on top of work assignments and group assignments, but I really felt that the Vietnamese did not function that way in developing Vietnam. I saw way more non-smartphones (phones with actual buttons to press for numbers, not touchscreens) in Vietnam than I thought I would, and realised how rarely we see that in Singapore – it’s the norm to have a smartphone, and to use it all day long. In this way, I feel that Singaporeans are really tied to their electronic devices.

I made a mindmap to have some elements to focus on (above). I eventually decided to focus on circuitry and circuit boards as they were immediately representative of electronics and technology. 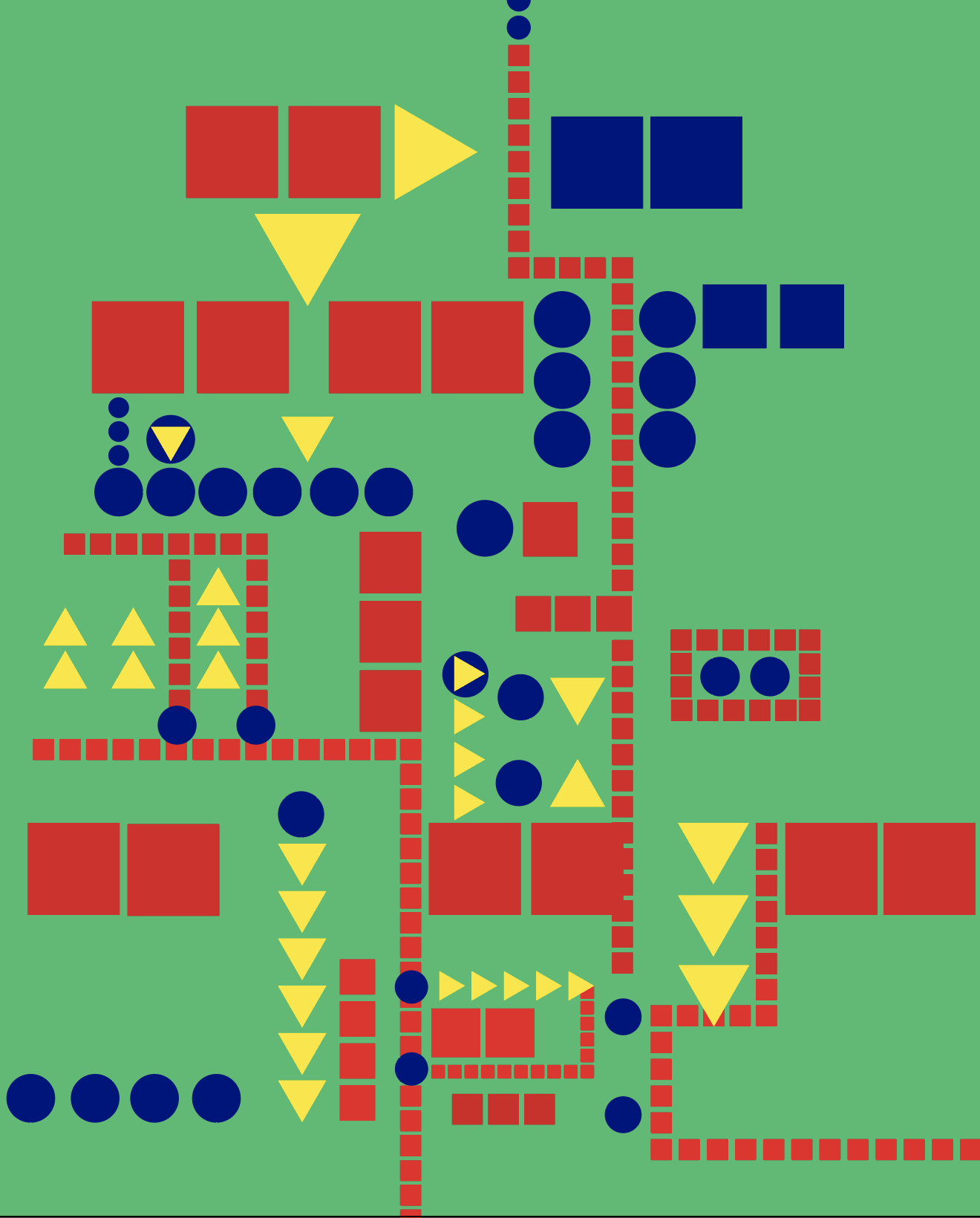 This piece explores the concept of Singaporeans being very tied to their technology. I used this circuit board as inspiration, making “lines” out of smaller squares. I felt that they give the piece a tribal feel, which I enjoy for its oxymoronic quality as technology is such a new invention. I feel that the work is kept contemporary with its minimalistic outlook, though – much of the green background (to mimic the circuit board background) can be seen, and the geometric elements do not overpower it.