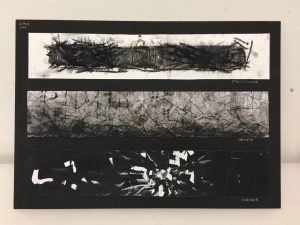 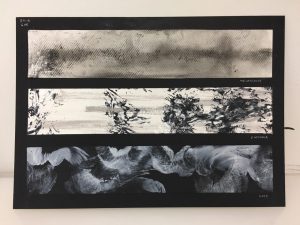 These 6 emotions represent the most significant events in my life from 2015 to 2017, chronologically.

The story starts in August 2015, right before my promotional examinations in J1. My mom is very spiritual and religious, so she went to see a fortune teller about how I would do for the exams.The fortune teller told her that God would grace me with good luck should I cultivate the habit of praying everyday. And so, before I went to school, my mom would make me pray in the morning.

This made me feel very frustrated because I’m not particularly religious, but I kept it contained inside and tried not to express my frustration as I knew she thought she was doing it for good.

Hence, I used thunoor, the powder that she would have my put on my forehead after I prayed in the morning, to make the base paint. I mixed thunnoor and glue together; the mixture has the distinctive scent of the powder. I then made angry marks over the base thunnoor paint with charcoal, to express the frustration I had towards being made to pray and put the thunnoor on my forehead. 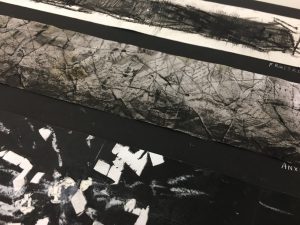 It was time for my promotional exams. I was super anxious about physics, my weakest science subject – I would obsessively write and rewrite my notes over and over again to try and lessen the amount of anxiety I would feel looking at physics formulas.

I used my own physics notes instead of the lecture notes as I felt the strip would better reflect anxiety should it portray my reaction to anxiety on top of giving me anxiety, as well. I felt that it personalized the strip, with my handwriting and hand-drawn physics diagrams.

In my sketchbook, I initially used the physics notes photocopied in the same size, but realized it gave a more anxious feeling when the words were smaller, like ants crawling up your skin. I hence photocopied my notes at 50% (reduced the size) and used this to make the paper mache. 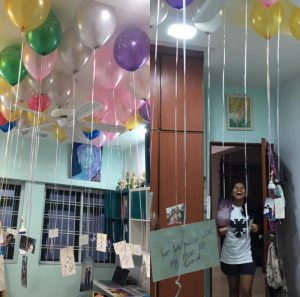 My friends and family threw me a surprise birthday party for my 17th, with streamers and balloons hung up in my room with baby photos of me tied to the string. The feeling I experienced when I walked through the door and they popped streamers was pure surprise – the good kind.

I hadn’t had a surprise party since I was 12, and the baby photos tied onto the balloons further brought me back to my childhood. I aimed to convey this nostalgia that came along with the surprise by the use of the printing press with streamers, and the melting of oil pastel and the usage of drawing block as I used to scribble in the drawing block I had all the time with me with oil pastel.

I found the high contrast  with black and white to be most applicable after a range of experiments earlier, which you can read about in my sketchbook.

I hit my lowest point in April 2016, when I broke up with my boyfriend of two years. I remember being in a state of sadness so encompassing that I felt very numb. I’d start crying in class for no reason, out of nowhere, just because the sadness would hit me. I felt empty, and the worst bit was not knowing when I was going to get better. It felt like the sadness was going to go on forever.

I expressed this sense of the sadness going on and on through the composition – the single line running through the strip. I used watercolor paper to my advantage, the texture representing the static I felt in my head. 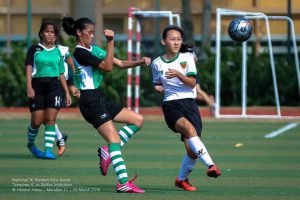 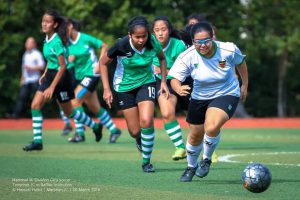 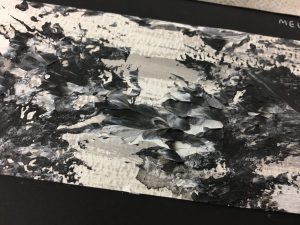 One of the best moments in JC followed shortly after my lowest point. In our soccer semi-final against Tampines JC, we were tied 0-0 until the last few three seconds where our striker made a shot, and it went in.

The whole game up till that point was generally fast-paced, and we were all so, so tired, with the hot sun blazing in our faces. The moment when the ball went in was the singular most euphoric moment I have experienced recently.

I aimed to convey the movement in the soccer game with the short, choppy strokes in the background, overlaid with textured patches of paint to convey the burst of emotion. 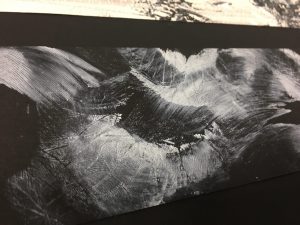 I finally felt ready enough to start dating again in July 2017, when I went overseas for three months. This strip is the expression of the lust I felt when I dated then.