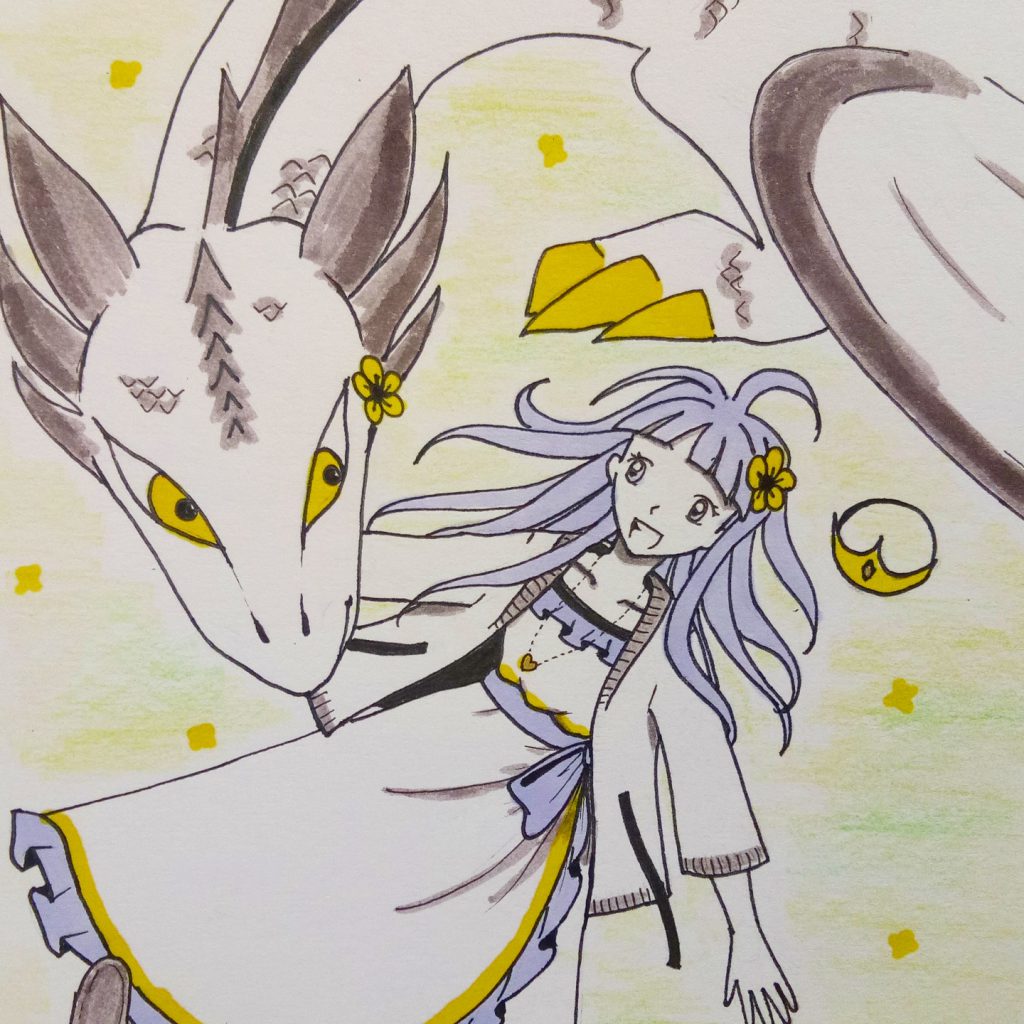 Princess Nyx and Cassandra the Dragon

A knight in shining armor marched arrogantly and stopped just in front of the tower. Raising his shining sword, he announced his arrival. “Princess Nyx! I, Prince Xerxes, have come to save you!”

I peeked out of the window of the tower. “Oh, thank the gods! I have been waiting for someone to save me.”

“Worry not, my Princess! I am here now. I will get you out of there in a—”

“Oh, no! The dragon is back!!” I yelled at the top of my lungs. Before the Prince could turn, a dragon had landed behind him, roaring with angry yellow eyes. Obviously not expecting the dragon to be back so soon, the Prince immediately scurried away, yelling things like “It won’t be so easy next time!”

The dragon flew, and now its face was right outside my window.

I sighed. “I was worried you wouldn’t come, Cass.”

The dragon—Cassandra—grinned. I could see her fangs bared, but I wasn’t scared—we’re partners in crime after all.