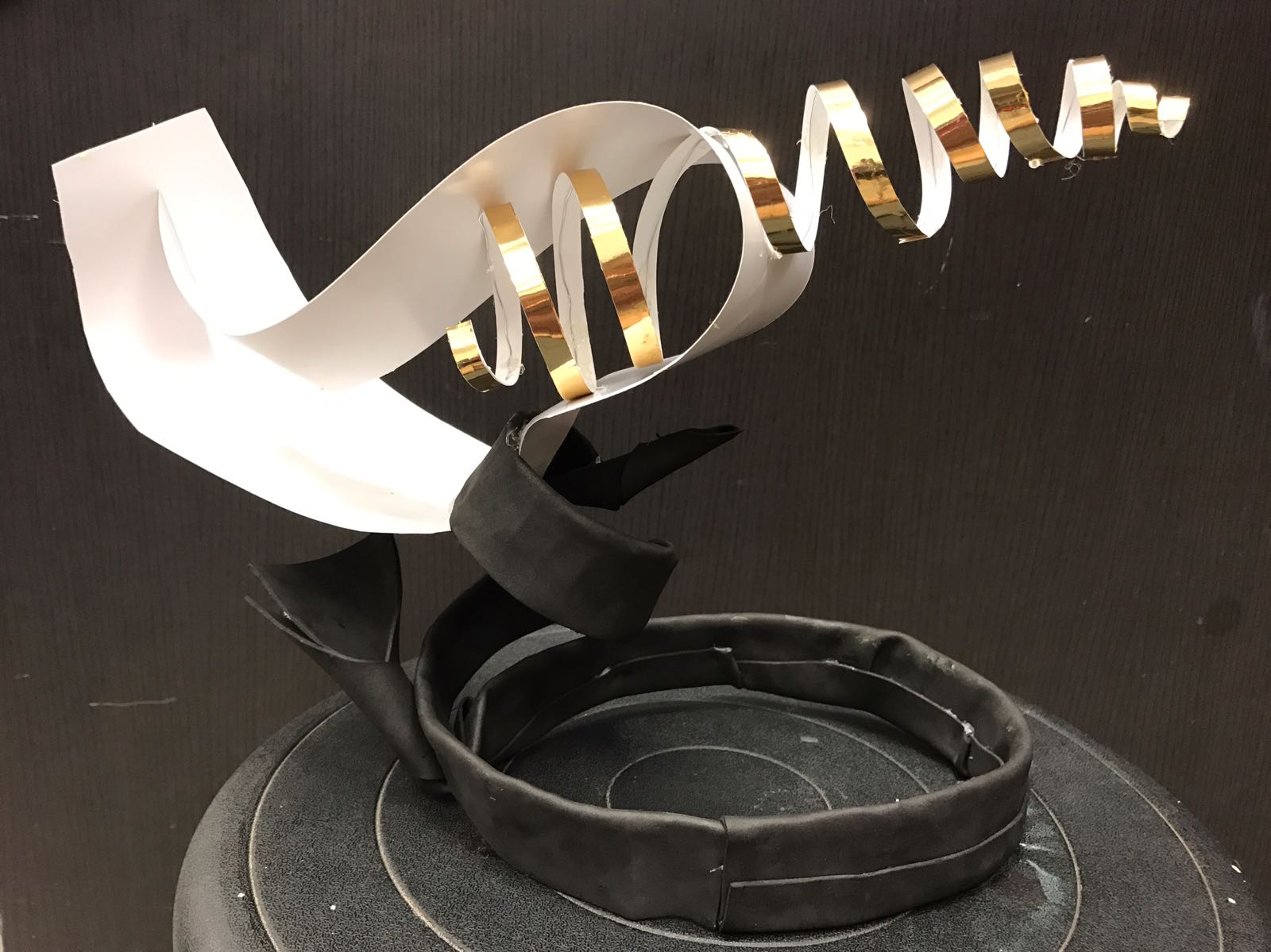 For this project, I worked together with Sabrina and Pei Wen. We decided to make a head gear and a pair of shoes.

Here are some of the sketches. 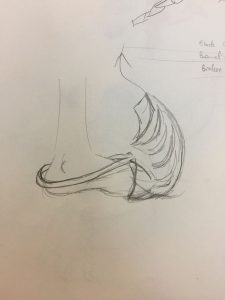 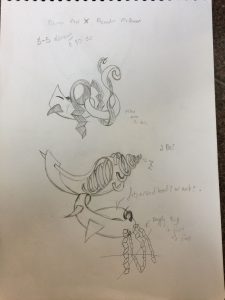 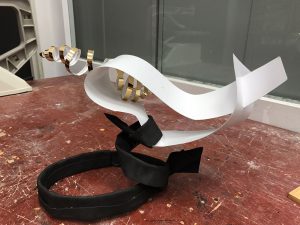 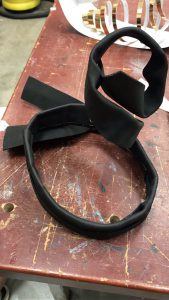 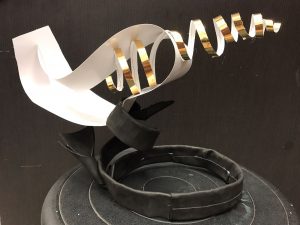 For the head gear, the idea is to go “up”, so we made the components pointing upwards as much as possible. We used wire wrapped in black craft foam as the base to make it strong yet comfortable for the head. To keep the upper parts light, we used art card and thin wire wrapped in gold paper for the other elements.

The idea of going “up” represents tea and candle, which usually produce steam (which floats up). The strong head gear, which grounded the elements to the head, represents hay. 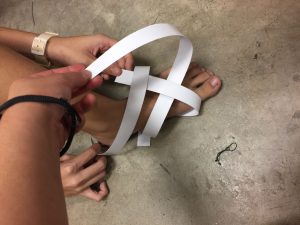 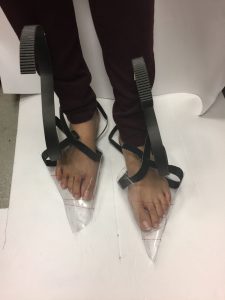 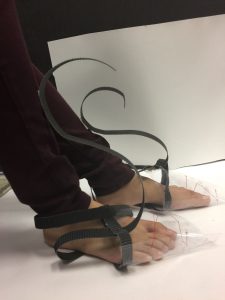 As for the shoes, we tried to incorporate the same idea, that is, to go “up”. Hence we made the corrugated board strips go high until they touch around the leg area.

The jaggy texture of corrugated board looks like flow of water, which represents damp clothes, and also looks like toothpaste when put on toothbrush. Meanwhile, the shoes are shaped with pointy end, which represent the shape of carrots. The plastic shoes were also kept together by strings to show tension and discomfort.

Although I feel that there is very little time, I am quite satisfied with the end product. It was challenging to combine different ideas into one and incorporate them into a product with interesting yet reasonable design, but it was a fun challenge to conquer. Here’s Sabrina modeling our accessories! 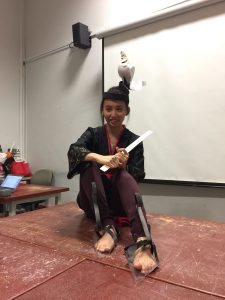 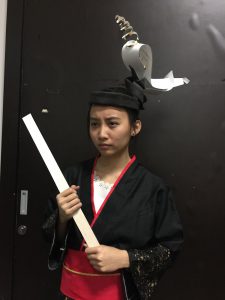 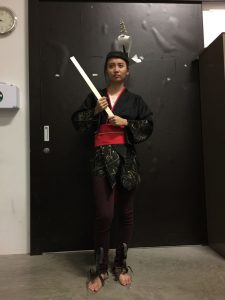 Lastly, thanks to Pei Wen and Sabrina for being great people to work with! 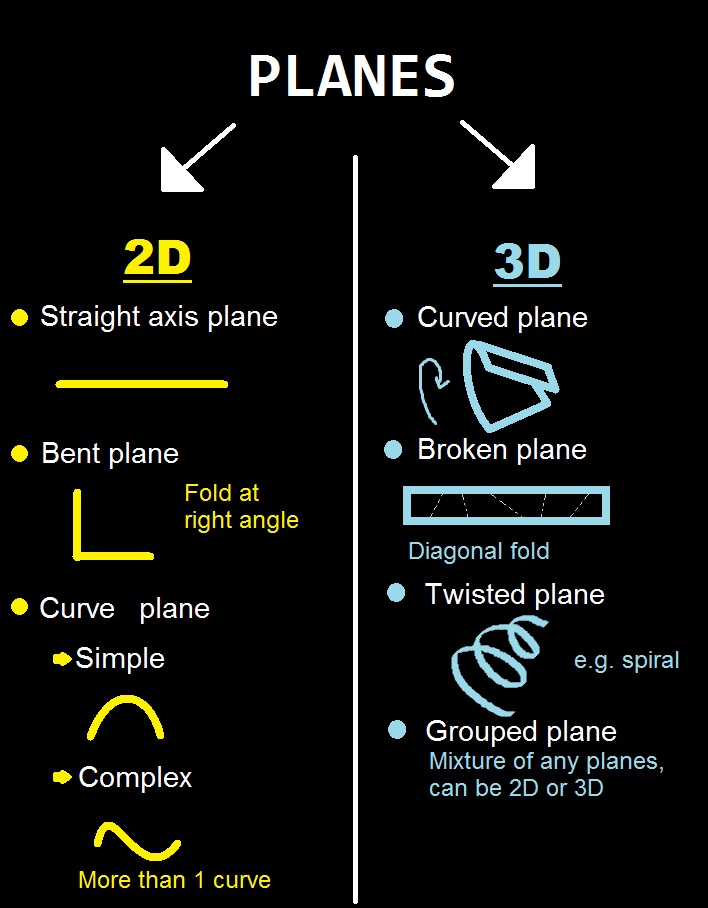 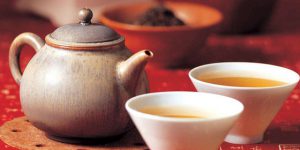 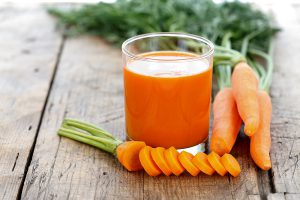 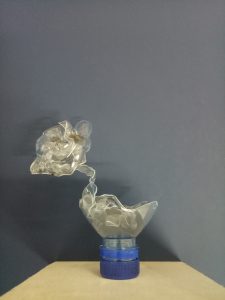 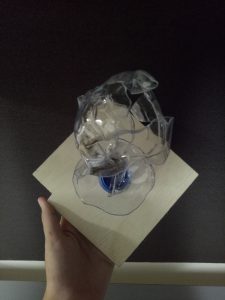 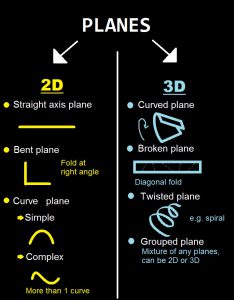 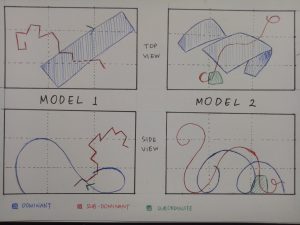 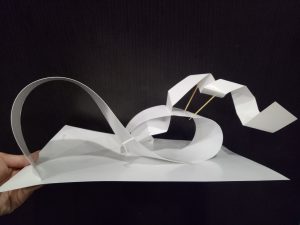 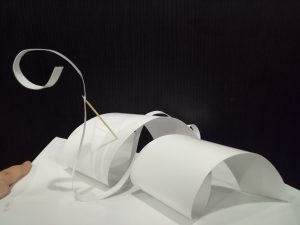