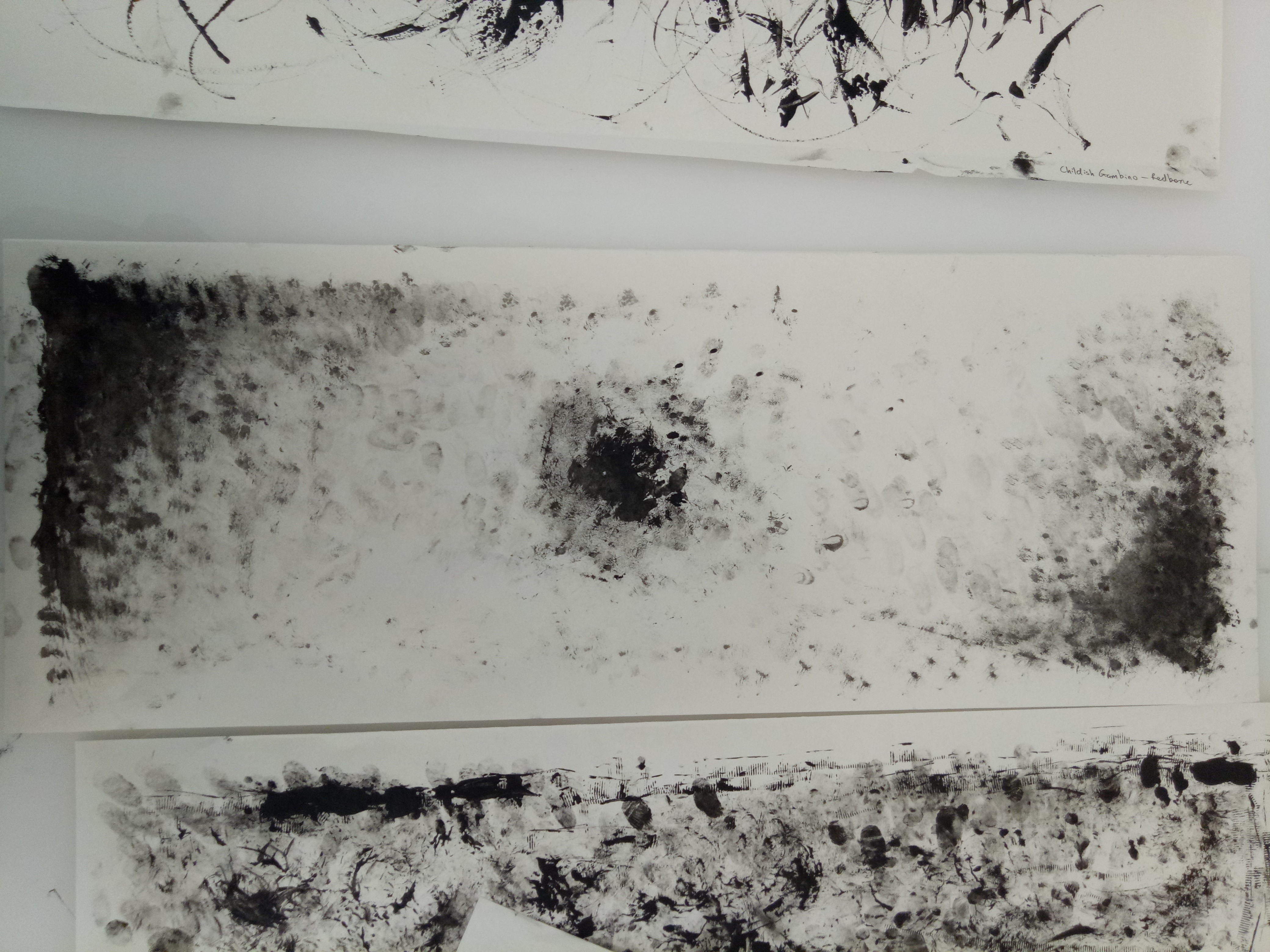 We did some mark-making experiment in class this week, and it was fun!

I didn’t bring a lot of tools, actually. Here are the things I brought: a fake rose, a paperweight, a brush marker, some bottle caps, and a used, bent glow stick. 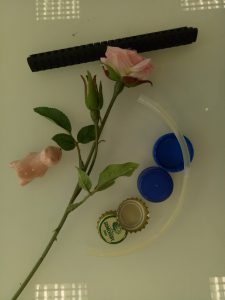 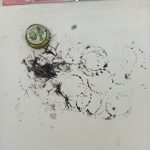 The texture came out very faintly.

First, I tried using my bottle cap. I didn’t think it worked out very well; since there is a slight difference in height, the sharp texture didn’t come out as much as I expected.

After that, I switched to the other type of bottle cap. I like how this one turned out. 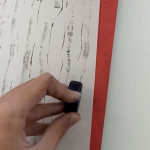 I rolled it on the paper. 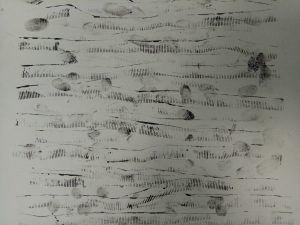 Result (with my fingerprints)

I also tried using my fake rose, although I was hesitant at first. I thought it wouldn’t make an interesting texture, but it turned out quite well. 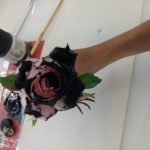 I rolled the petals on the paper in a circular motion. 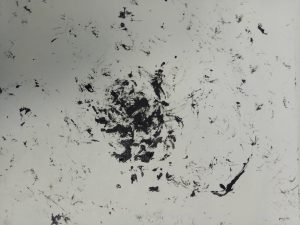 So was the experiment with the glow stick. 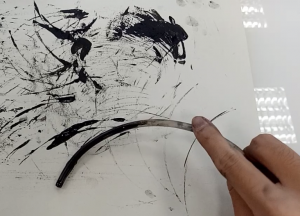 I rolled it around on paper, and use my hand as a pivot before dabbing them on the paper in a circular motion. 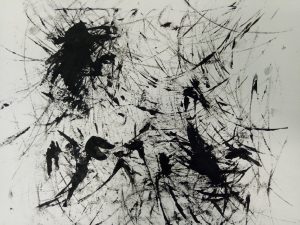 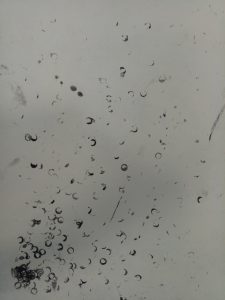 I also tried using the end of the glow stick, dabbing it on paper.

I decided not to use my paperweight and brush marker, partially because I didn’t want to get them dirty. For the brush marker, I intended to make small circular shapes, but I used the end of the glow stick and it worked okay, so I didn’t need the brush marker. As for the paperweight, I thought it wouldn’t work very well because the bottom part was slightly convex; I guessed it would turned out like the first bottle cap.

After that, I turned to my friends to borrow their tools. One of the items that I got was a dry leaf. At first I tried pressing it on the paper, hoping for the texture of the leaf to be printed, but it didn’t. So in the end I dragged the leaf instead. 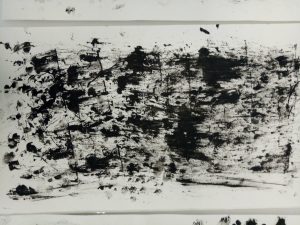 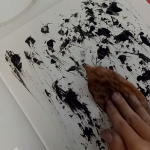 I also got a cotton ball. I dabbed it on the paper. 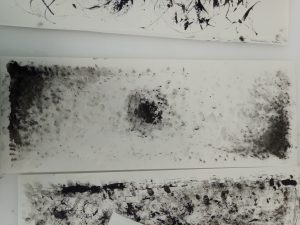 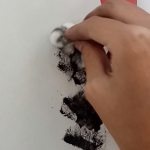 The last tool that I got to borrow was a plastic knife. I used both the sharp edge and the flat side to give different ink thickness. 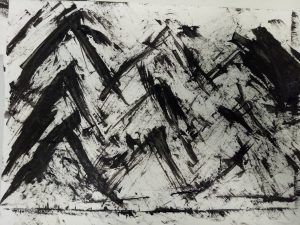 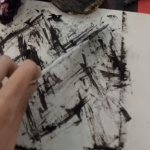 Besides those, I also used the tools available in the studio, such as brush and roller. 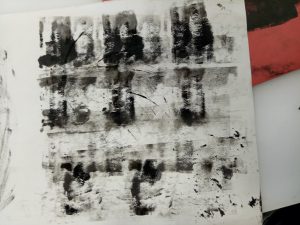 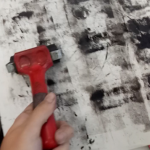 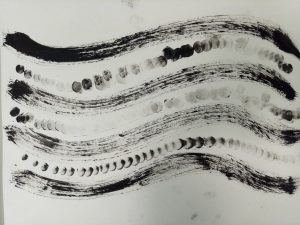 I used brush for the flowy parts and my fingers for the circles.

I used my fingers to put fingerprints on the paper before by dabbing them, and I tried dragging my fingers as well. It created an interesting result. 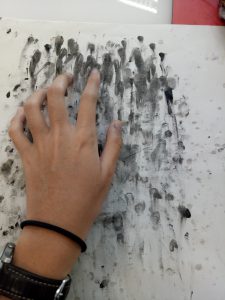 For the next class, I hope I can experiment using more tools. I’m thinking of using candies, stapler bullets, and coins. Let’s see if I can make something even more interesting.