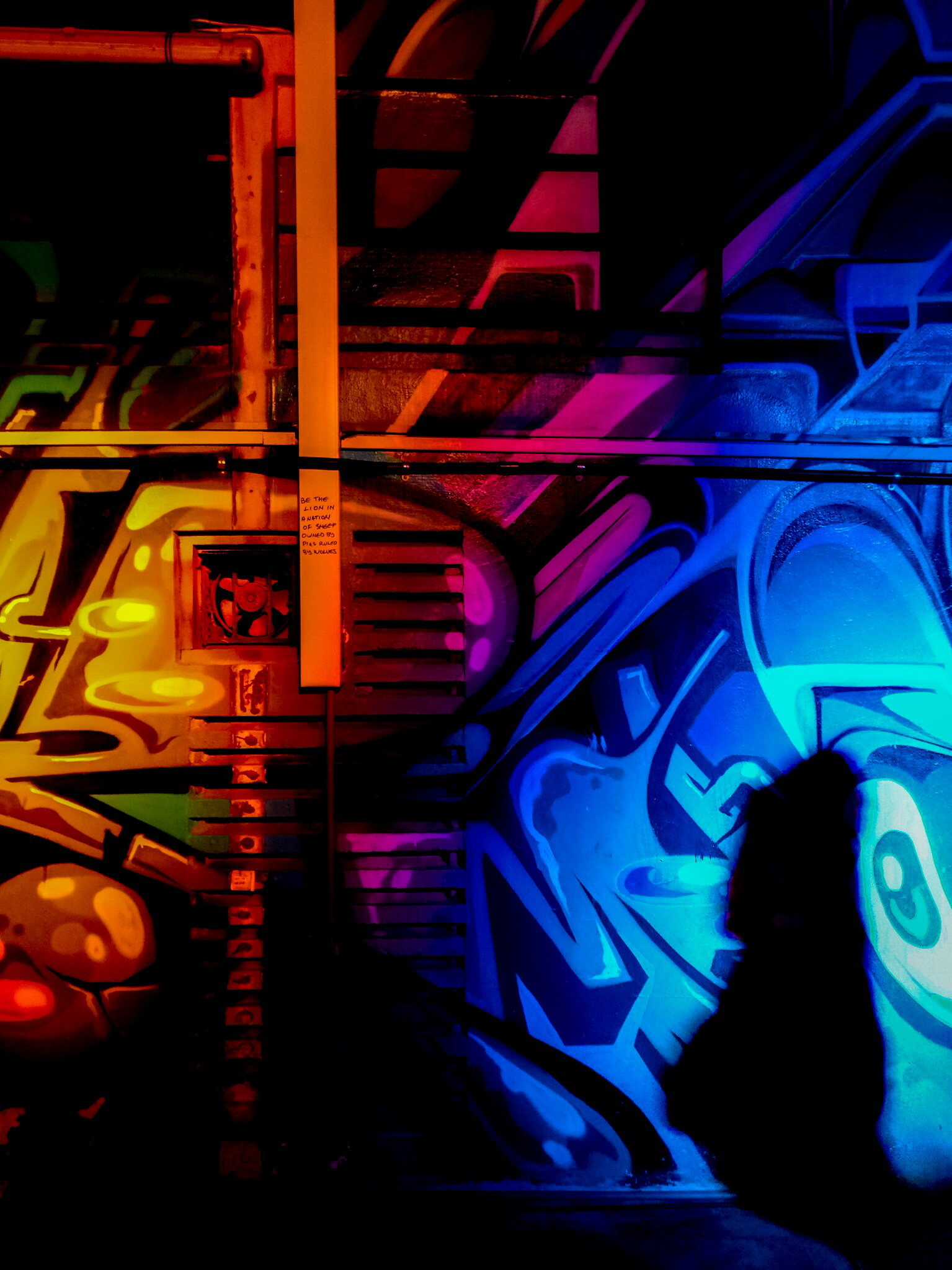 I’ve never gone to Night Light Festivals previously, so this is a new experience for me. It was fun – my friend and I walked from place to place, exploring the installations. They are very spread out, which may be good since people have more places to explore, but it makes it difficult for people who want to go through everything in one go. I visited several of the installations, and I think they look magnificent. 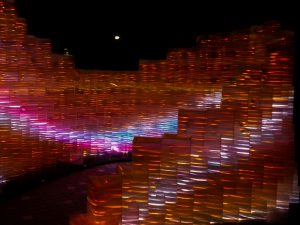 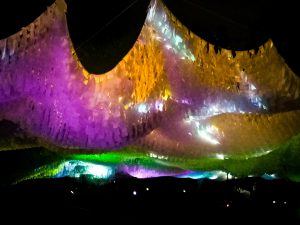 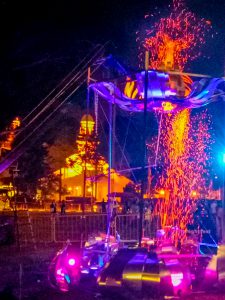 That being said, I have chosen two installations for me to talk about.

This is the first installation that I went to. From afar, I could see a group of spheres – some of them lighting up, some of them don’t.

At first, I took pictures without flash first. 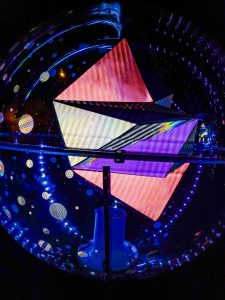 After that, I tried taking picture with flash. The picture was so different from what I expected: 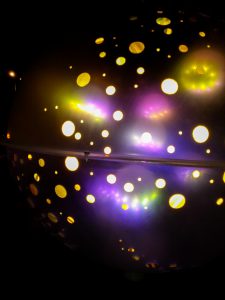 Upon closer inspection, I found out that the circular-shaped stickers were actually made out of 3M retroreflective materials. When given light (i.e. the camera flash), the stickers reflected light and gave the effect as if they were sources of lights (!). That’s the interactive part of the installation. Moreover, I think there’s motion sensors inside the spheres that triggered the lights inside the sphere, so the lights will only light up when you spin the sphere. (I wanted to post a video, but it’s so hard to post a video in OSS, i.e. I can’t.)

It reminds me of a galaxy (and apparently that was the intention of the installation, based on the description put in the National Heritage Board website), not in the appearance only, but also because it gave me a sense of wonder when I tried to find out how the thing works.

I think the installation is interesting for that reason, and also that the design of the geometric shapes are all unique; there’s also a center piece which is a bigger sphere that attracts attention although it actually works the same way as the others. However the fact that everything works in the same way may dull people’s interest quickly, and people may not take their time to see the spheres one by one; they may just check one or two and leave (that’s what I did). In addition, it might not look very good when no one is interacting with it.

The Leap of Faith

Even from a distance, I could see the lights from the installation. At once, it captured my attention. My first thought is that it looks beautiful, and it reminded me a bit of hopscotch. From the explanation board, I found out that the intention of the installation is to encourage people to take a “leap of faith”, to trust in yourself while going on a journey to reach your destination. 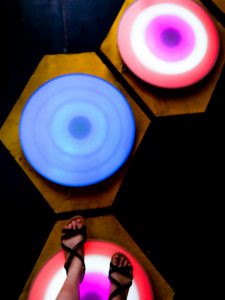 There’s also some kind of sculpture in the middle with geometric-shaped lights. I am not sure what the intention is, but it probably acts as a center, which could also be used to represent the “destination”. 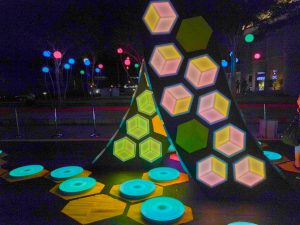 Anyway, it’s really interesting to see different people interacting with it; I could see how different people can be. Little kids jumped from plate to plate excitedly, exploring every single plate although the resulting light would be the same; adults stepped on each plate carefully, looking around, deciding where to step next. Some people travelled back and forth; some people just walked across nonchalantly, even stepping down on the ground when they needed to make a jump across the plates.

I enjoyed playing around with that installation. I do think it would be better placed over water to actually force people to step on the plates, but I realize that may be dangerous and more difficult to set up. The lights were also constantly changing, which made the installation looked beautiful without anyone interacting with it, and noticeable even from a distance.