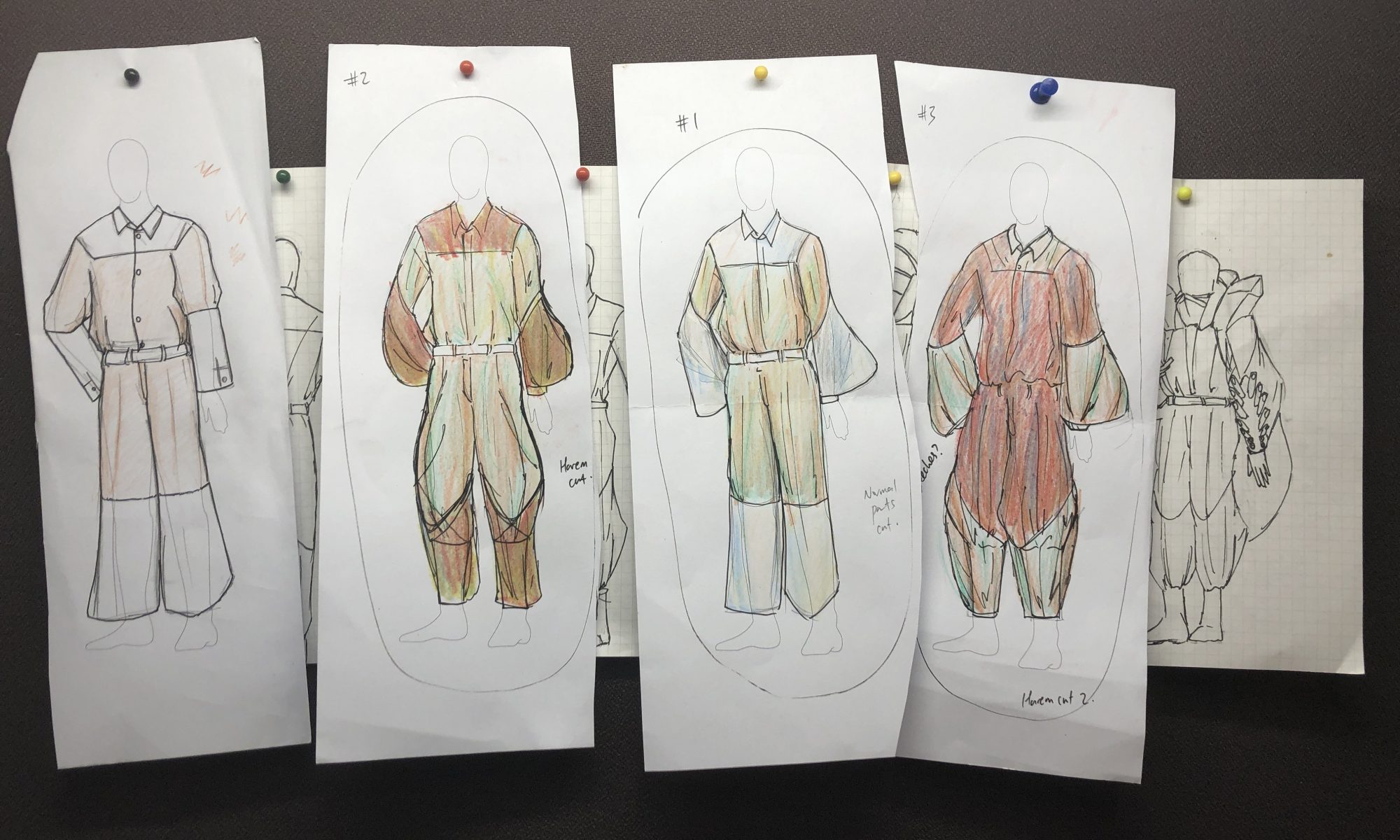 In the future, global warming desertified most lands on Earth. Humans continue to survive in overheated cities that are covered in dust. Humans wear fully-covered suits to adapt to the dusty and hot environment, while using wearable technology to help them detect and react to the changes in environment.

[INSERT COOL NAME HERE] is a jumpsuit that uses modular pieces of wearable technology to adapted to the hot and dusty environment.

The jumpsuit offers a decent protection through the light, breathable fabric and have enlarged sleeves that allow air in. Environment sensors (Envirosensor) are worn on the arm to track the temperature and pollution levels around the user. Other wearable parts will read the sensors’ data and react according to the changes in the environment. This offers the user a functional and stylish way of navigating through this dystopian world.

This was when my design was starting to take shape. With some more sketches come these: 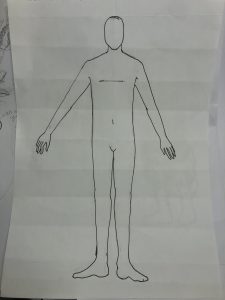 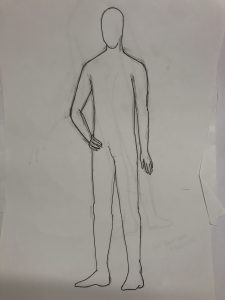 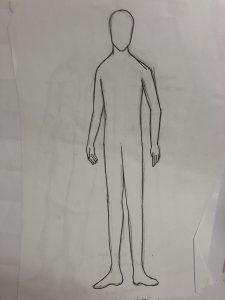 Did some sketches of body proportions and photocopied many pieces to start mass sketching. 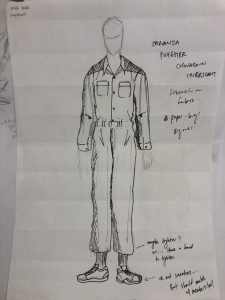 An even earlier sketch, wayyyyy before I changed the form into something less cyberpunk. 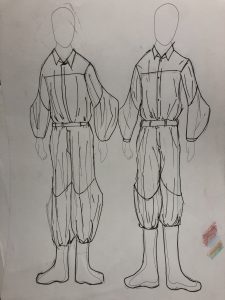 One of the few who can survive making it here on OSS HAHAHA its ugly. 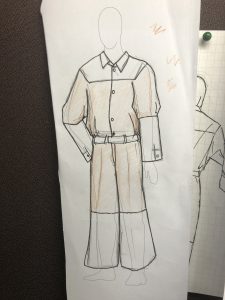 After a few rounds of sketches, I came up with this design. Brown main colour, nylon translucent on the areas that will be attached with tech. But I didn’t really like it still. 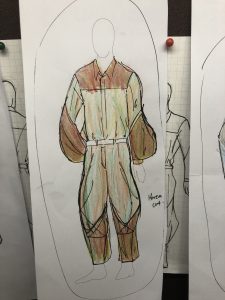 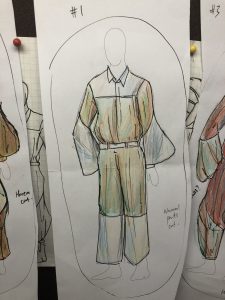 Colour testing after visiting Chinatown’s fabric shops and discovering some sick materials. I think I’ll visit again as I still don’t like the colours here. This point was also me discovering a new form which includes the ‘winged’ look. Just some extra flabs on the sleeves on the arms and legs. I liked it. Looks futuristic, functional, and isn’t too weird or flashy. 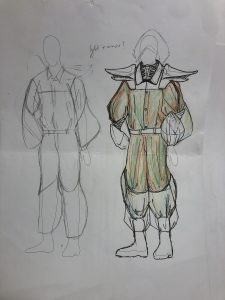 Added some parts to the coloured piece. Still don’t like the form. 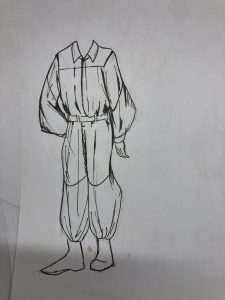 One proper drawing of the new design where I smoothed out the flabs so it looks less popping out. 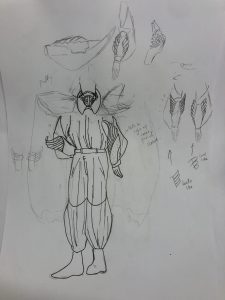 Another sketch to show the different parts. Again, you can see the Illuminator is erased. Here is also where I discovered a new form for the Envirosensors. I didn’t like the puffy parts of the old sensors cos it looked out of place. I basically just took 2 different designs and mashed them together. I took a step back and just use one of the reference instead and got this. On the right side you acn also see me trying to separate both sensors to different forms so they are more intuitive to know. (the wavy striped one is for temperature, while the coral-like one with holes is for pollutant) 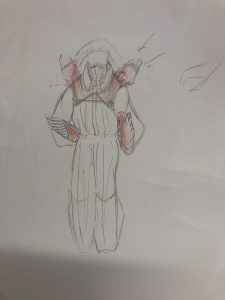 Was kinda trying out sketching the new parts, adding colour to just make them come out a bit more. Still don’t like the Illuminators.

Then I went to Jurong Point for my dental appointment…. 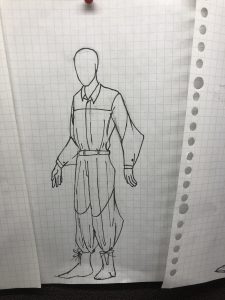 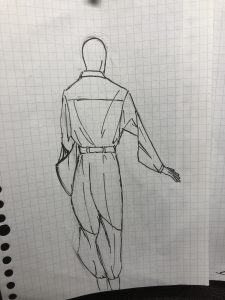 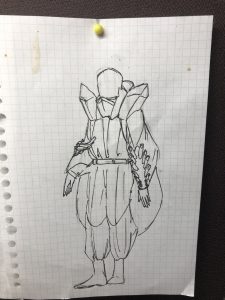 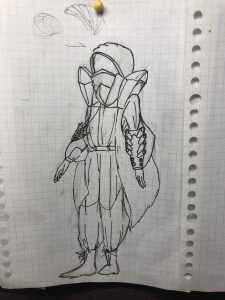 My brain just worked. I drew a new figure. Then for the tech, I simplified the whole Illuminator to just perform its original function: To just light up. The envirosensors have a more defined form and looks like something I can make since I can visualise it. I added a cape (which was an idea I kept thinking about) and a hoodie to complete the look. (Thanks to Jannah for suggesting hoodie!)

So far that’s what I have for sketches. I’ll update with more sketches on the tech and more views and colours for the garment. Hopefully I’ll do what I say I’ll do………

How your design is interacting?

I’ll work out the individual electronics uses next post.

Focuses on next few posts: