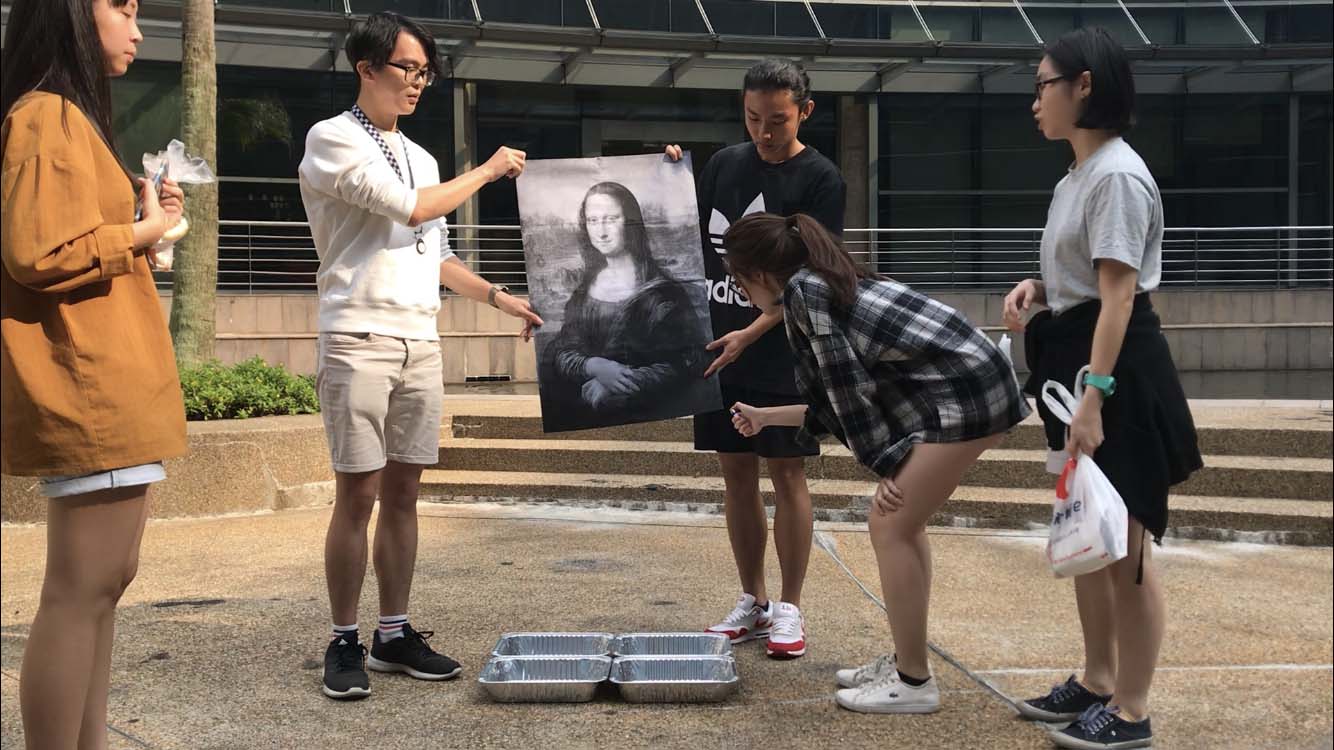 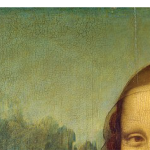 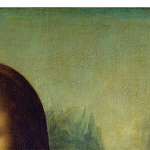 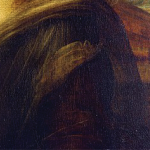 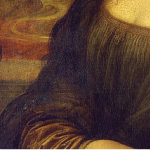 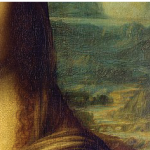 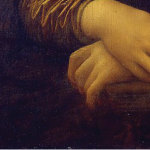 Our group printed out black-and-white parts of Da Vinci’s Mona Lisa and put it up together to form a 53 by 77 cm image of Mona Lisa, which is the actual size of the original painting. The iconic Mona Lisa is a representation of all traditional form of art, and may even be the icon of Art itself. The replication of Mona Lisa is a form of destruction of its originality, where the artwork is stripped of its colours, texture, and reality. By piecing up many pieces of the Mona Lisa, we also glitched it up slightly as it now is a combination of 8 pieces of paper rather than a whole canvas.

Our artwork is a performance where we would burn this piece of “artwork” as a symbol of rebellion. It represents the destruction of the rules tied to art that have been established for many years. To burn the icon is to say that art does not have to have an image tied to it too. Art should be formless, everywhere, and most importantly, it should be free. It should be like the air surrounding us. 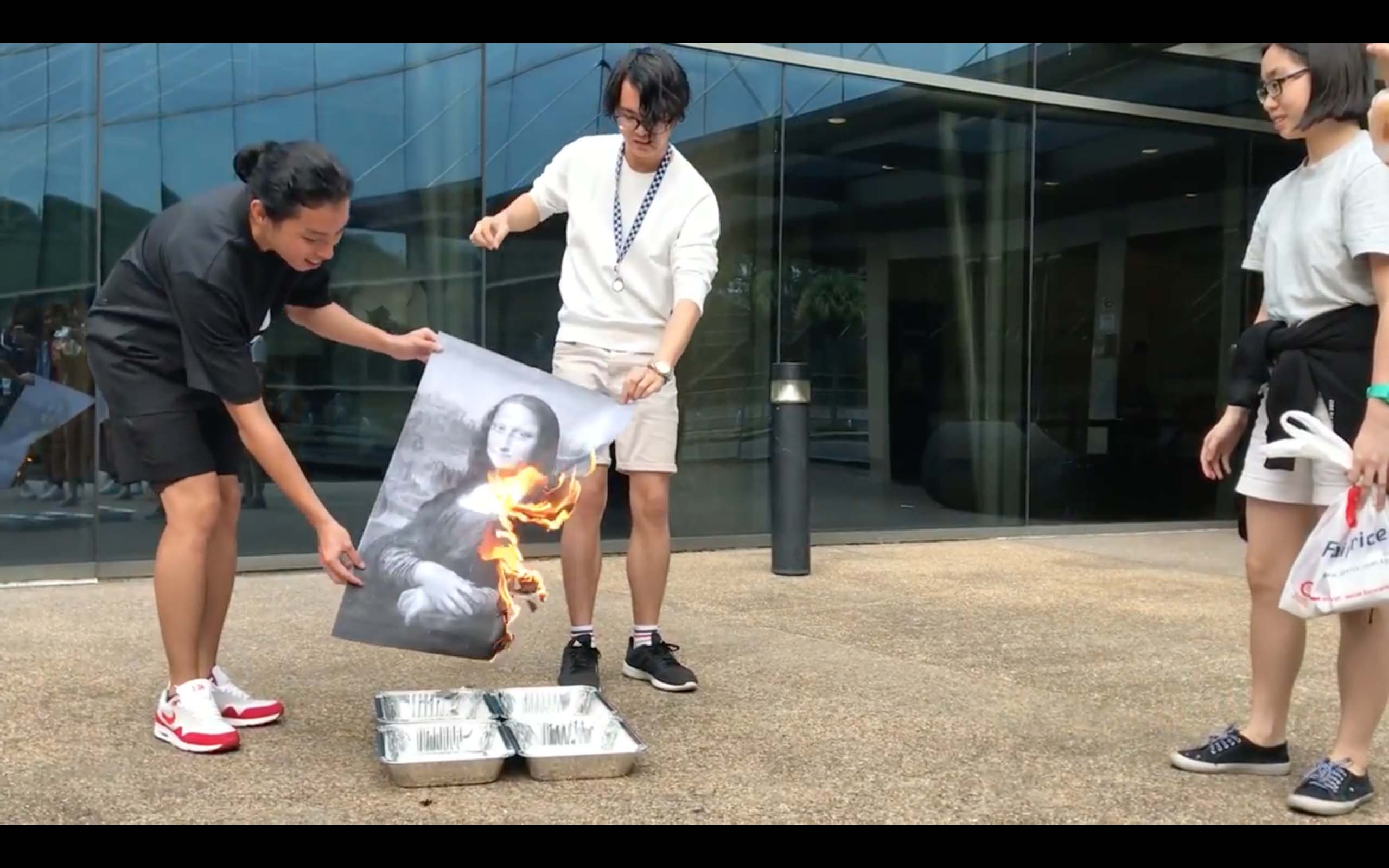 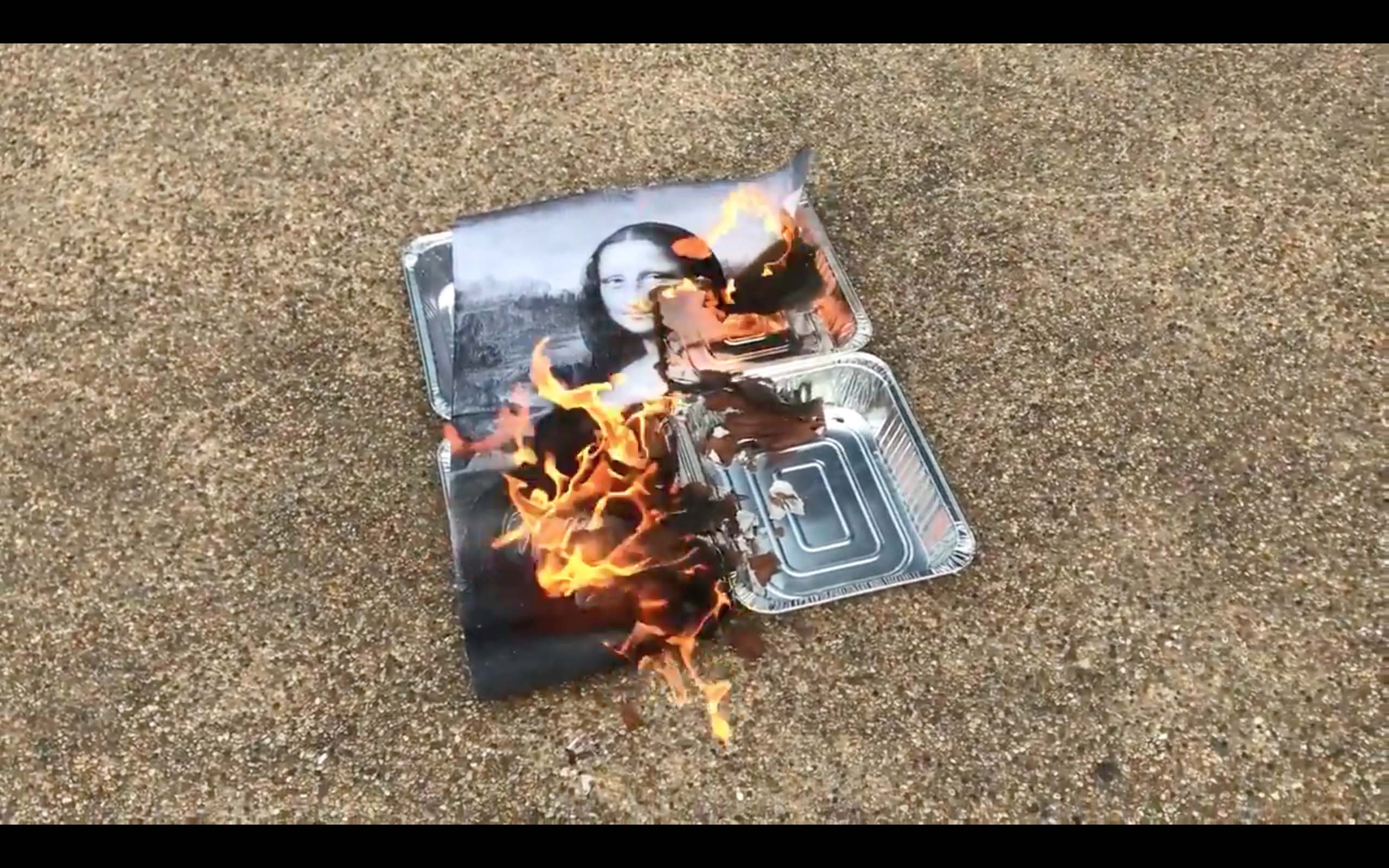 By destroying the artwork, one does not only reject traditional art rules and forms, but also liberates the art from its frames, releasing itself from its own rigidity. As it turns into smoke and ashes, it leaves in its new and better form — freed, formless, and eternal, rather than being trapped in the painting. 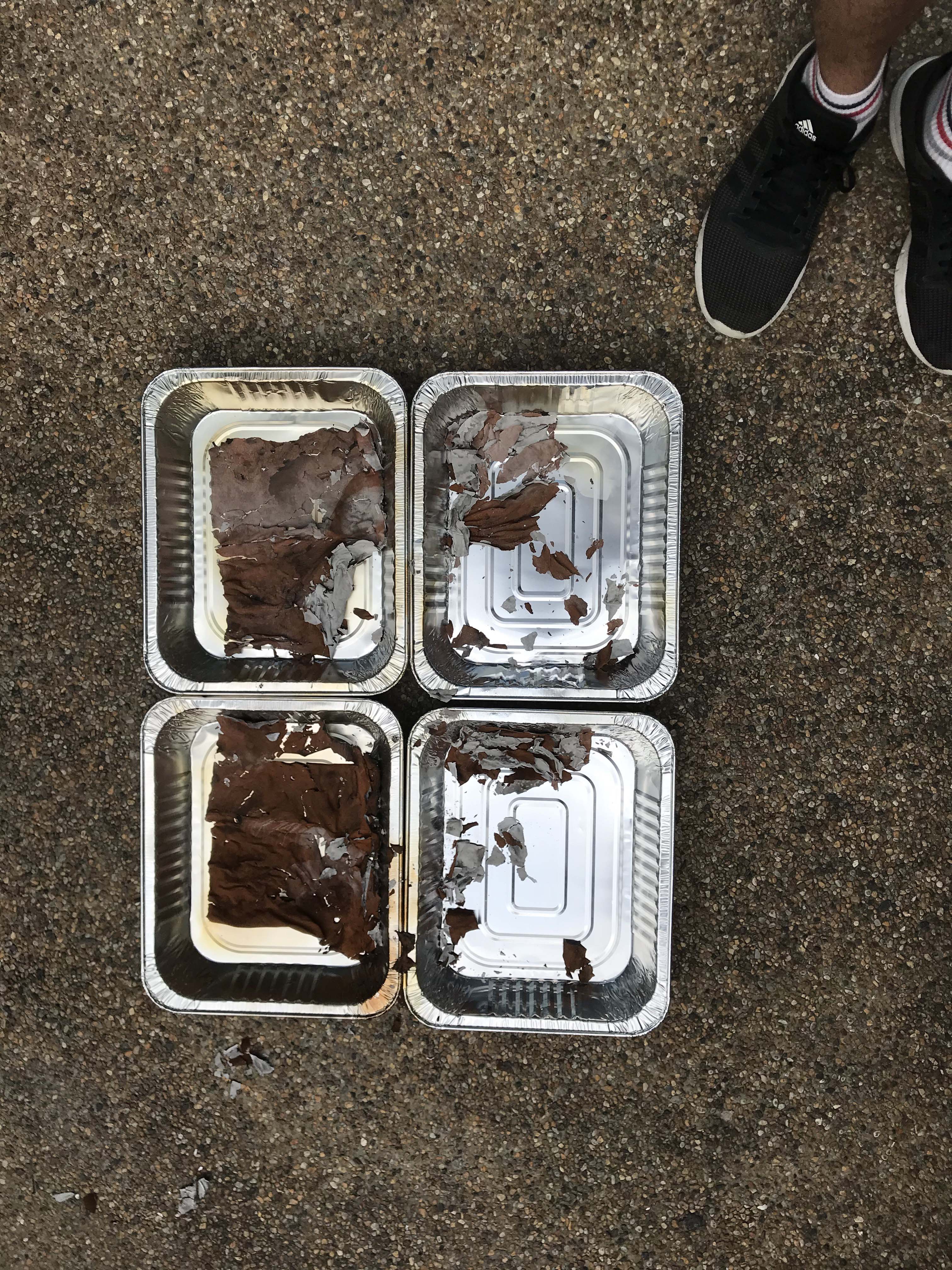 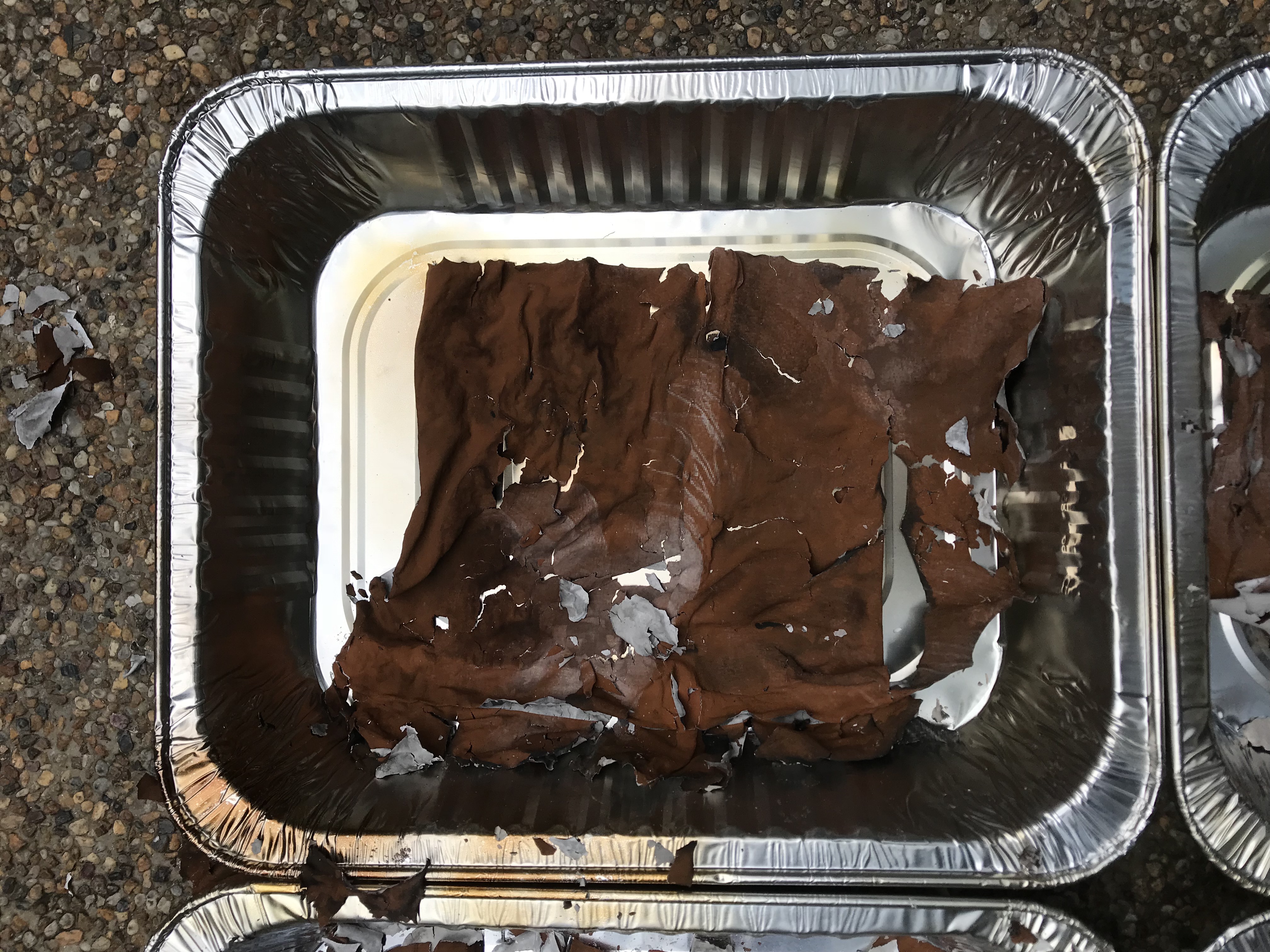 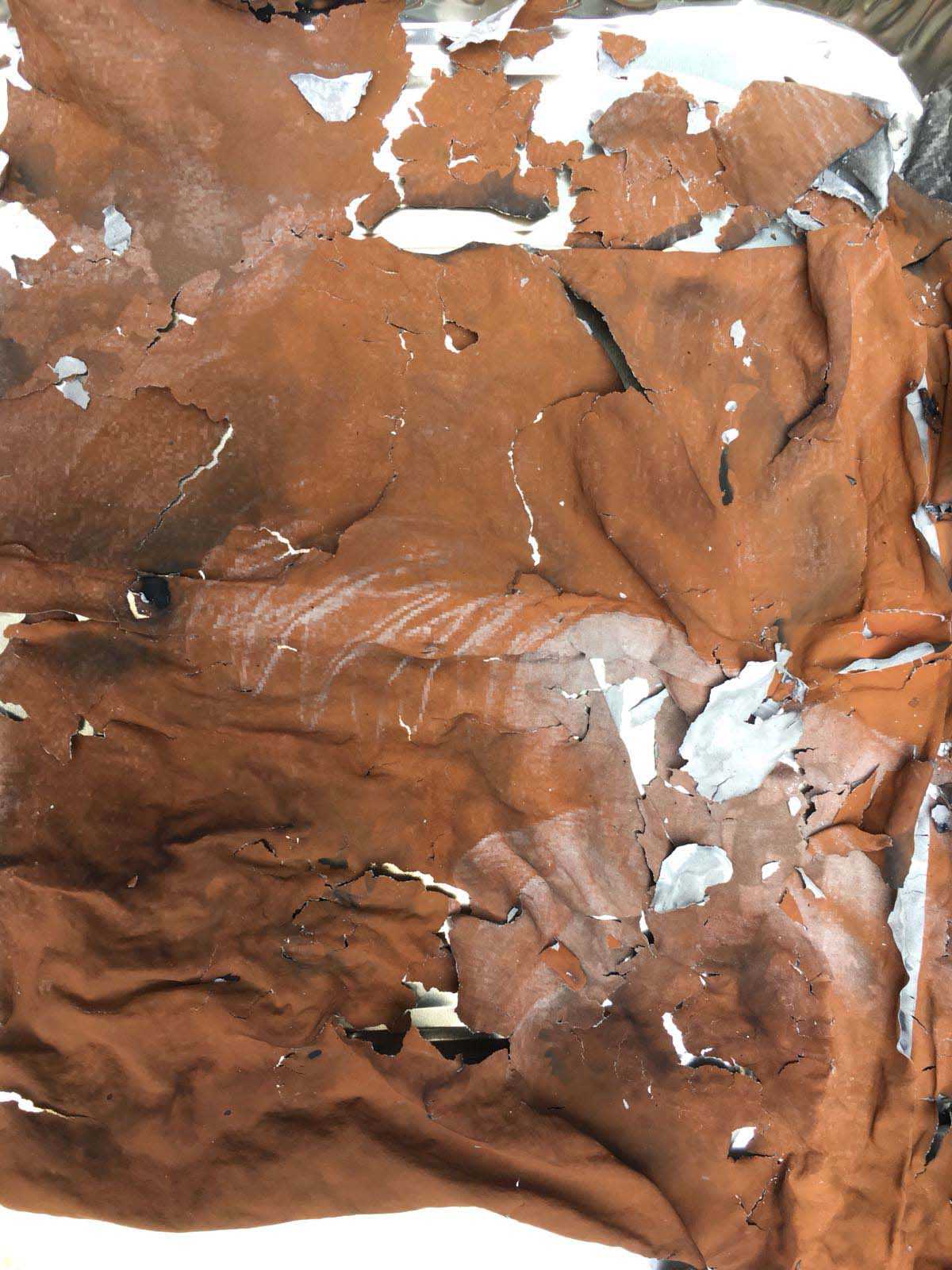 The final outcome has a unique texture — it appears solid, but it is soft. The burnt ink also created a sepia tone to the new Mona Lisa.