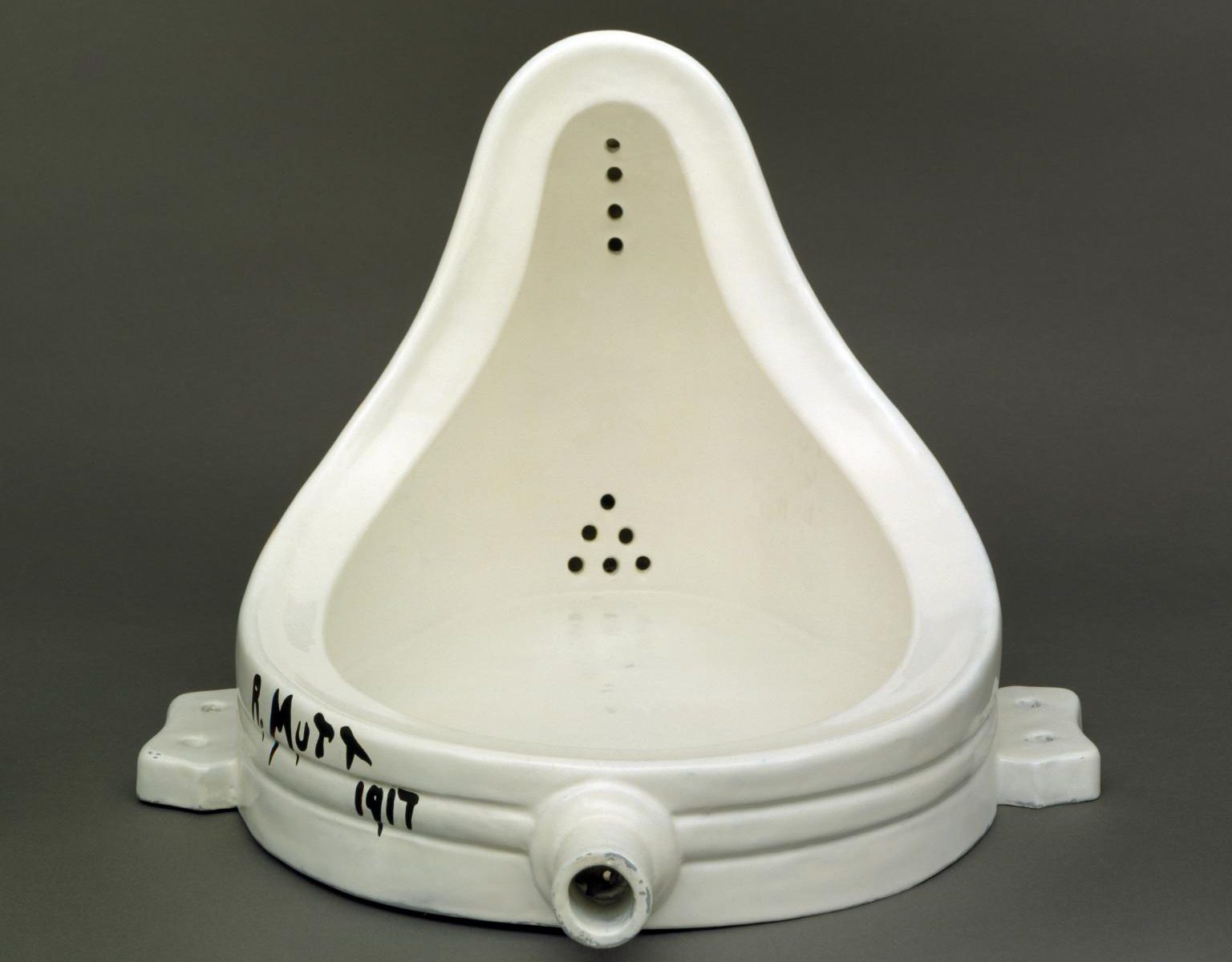 Neo Conceptualism happened between the 1980s to 1990s, which is the revival of Conceptualism of the 1960s to 1970s. The very idea of conceptualism stems far into the past, during the 1910s where Dadaism was formed. Dada founded the idea of conceptualism, through Marcel Duchamp’s “Fountain”. Displaying a found object in an art gallery for the first time, Duchamp broke the rules of art at that time, which are usually carefully made paintings to specifically fit a certain style. The Fountain is an actual urinal found in a men’s room, placed flatly down on the gallery stand to be turned into “art”. By taking the object out of context and switching of the orientation, Duchamp have transformed the meaning of a urinal into something else. The function of the urinal became something more conceptual: a mockery of art, and a stance on art being something that should be without rules. By doing so, Duchamp started Dadaism, which made use of seemingly nonsensical, meaningless, and provocative artworks to express their protest to bourgeois ideas of art as well as their discontent with the war at that time. This has influenced many more artists like Hannah Hoch to create more Dadaist artworks.

Fast forward, Dada influenced neo-conceptualism in some ways, as can be seen from John LeKay’s “Untitled” which features a wheelchair on top of a ladder. This is very similar to Duchamp’s “Bicycle Wheel” visually. The usage of readymades which started from Duchamp took off to show us new ways that art can be represented. While both artworks are conceptually different, the idea of Dadaism stuck.

The most direct influence was Conceptualism. The whole idea of conceptualism was to question the concept of art-making. When thinking about conceptualist artworks, we must remember how art used to be like in order to contextualise the reasonings behind conceptual art. The Young British Artists are a group of British artists who exhibited together in 1992 that drove Neo Conceptualism to where it is today. They influenced the movement greatly through their branding which is easily recognised worldwide. Members of the YBA includes Damien Hirst and Tracey Emin. Due to the openness of their usage of materials, they can easily create sensationalised artworks that challenges our ideas of what art is supposed to mean. By doing so, the artists are able to create artworks that have provocative characteristics like in Dada, shocking audiences to a larger extend that is better than what a painting or sculpture can do. This can be seen from “The Physical Impossibility of Death in the Mind of Someone Living”, an artwork by Damien Hirst. The artwork is an actual dead shark, preserved by formaldehyde, stored in a tank. The concept behind this artwork is that death is something that we cannot imagine. We cannot imagine how it is like to be dead, like the dead shark. At the same time, we cannot imagine ourselves to be dead, due to the shark’s powerlessness, despite its fearsomeness when it is still alive. The artwork has everything that makes a conceptual art great — Interesting mediums, extraordinary concept, and really shocking imagery. Despite the cost and criticism, we cannot help but to admire both the grandeur of such an artwork, as well as really contemplate on the whole meaning of the artwork. The art is also able to fully express itself now that the medium is open to not just sculptures and paintings. Other than that, the artwork also provoke questions about the real meaning of art. Should art be about the idea or the object itself? Should mediums like these be acceptable as “art”? Therefore, conceptual art have fulfilled its goals to completely challenge the way we see art.

We can see the evolution on the ideas of what a conceptual artwork should be, from Duchamp’s Dadaist “Fountain” to Hirst’s “The Physical Impossibility of Death in the Mind of Someone Living”. Neo Conceptualists continue to experiment on different mediums, extending into performances, photography, and even more. Neo Conceptualism seems to be an expansion of Conceptualism, which gave rise to what we know as Contemporary Art today.

I would like to offer another perspective towards Contemporary Artworks. Perhaps, the idea of creating such works would also be a testing of what works and what does not, in the context of art. Surely, the freedom for artists to do whatever they want as long as they have an idea is a double-edged sword. Artists can be easily criticised as like creating their concepts and artworks. However, criticism and questioning could be the next driving force artists need in order to evolve. We can think of such artworks as a bridge that links the old, rigid, and traditional ways towards a greater future of art itself. Through this experimentation, art can evolve to something that is perhaps more free, yet elegant at the same time. We live in a time of transition and that is something that we should not take for granted.