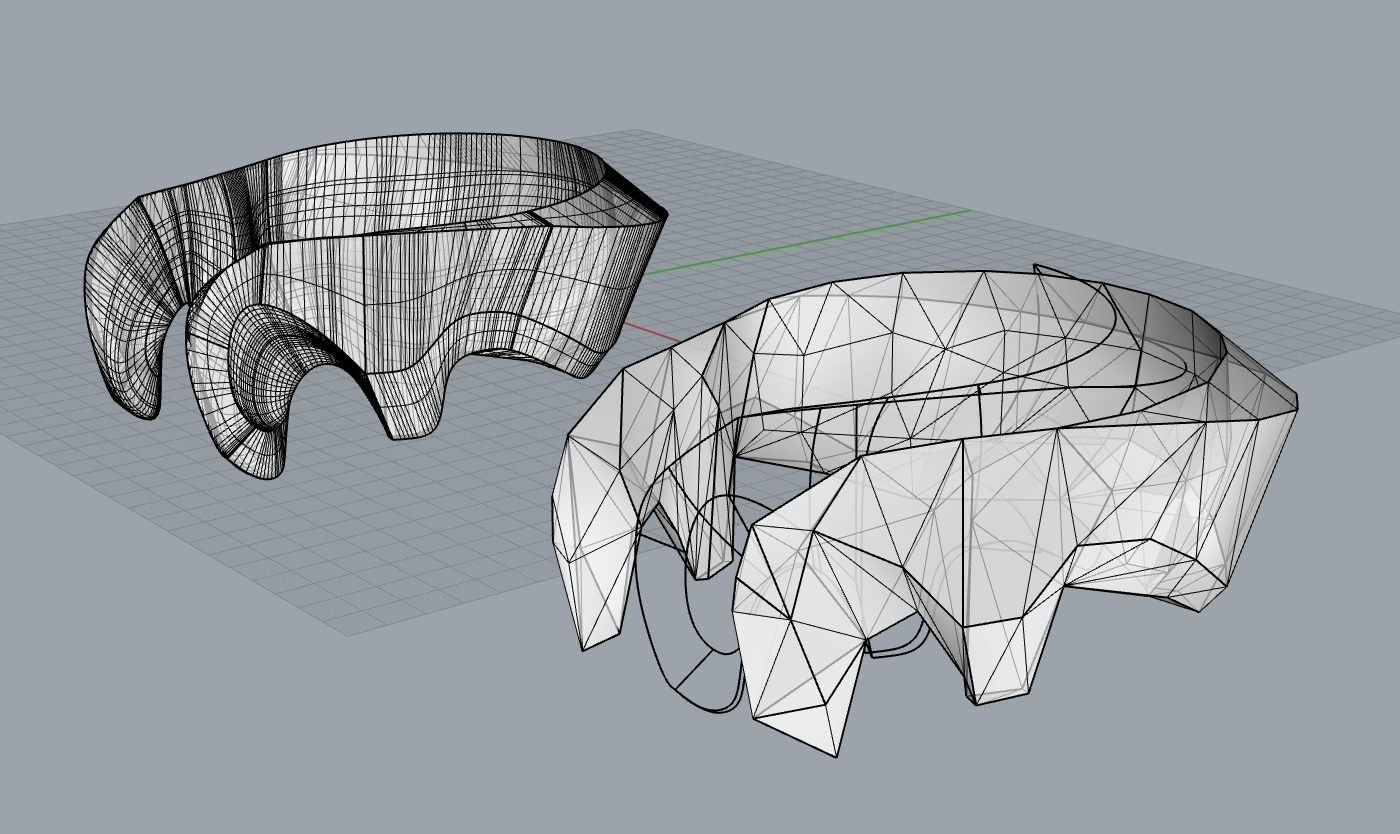 I’ve done a few iteration with 3D modelling of the headset. It was a tedious process to begin with as I don’t really have a sense of how the form is to be made through 3D modelling even with reference to all the physical models I’ve made.

I decided to try downloading trial for Rhino 7 and tried SubD which is basically T-spline, which I thought will be good for modelling this since its more like sculpting

Eventually I realised it’s easier to just model using the normal CAD method. Before that, I tried repurposing real products like earmuffs and visors from Daiso.

I realised that I can make everything really thin and even can try fabric instead of tough materials. More on that later in the next section.

This led me to realise I can use the shape of a hairband to create the form of my device.

I then up the complexity to try adding all the other parts of the original design. I roughly made the form as this is still just a test print. I created a low-poly version to 3D print as the file size got too big for 3D printing 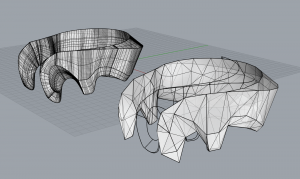 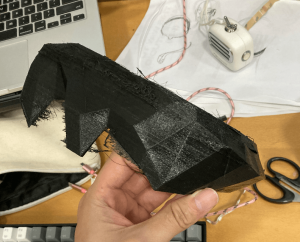 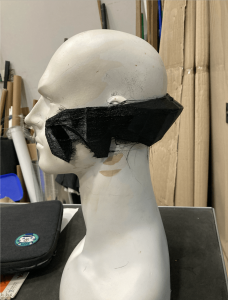 I tried different materials as well. Black one is TPU, a flexible plastic. White is PLA which is a more plasticy plastic.

Conclusion: I think the prints are ok. I can go ahead to refine the 3D model. But before doing so, I have some changes to my approach that I will talk more about in the next section.

So I’m happy that I’ve begun with making stuff. But I’m scrapping a lot of the previous headset design I’ve thought about. This happened after I saw earmuffs and I thought that it’s really easier to just put the headset inside a fabric thing that has a wire inside, AKA simplifying everything.

The old design will still be worked on, still. I’ll create separate parts and add magnets to let the different parts stick. It will be on display instead and will only be interactive as a “display” model.

I don’t think I’ve mentioned before but I remembered Sputniko!’s Menstruation Machine and thought my devices can just look like that too. (I think I was also influenced by this work previously actually)

Anyway so next up on the to-do list specifically for Chronophone:

I think I’m finally happy with the whole Sensorial Futures project. Here’s my train of thoughts for the whole project (sorry I keep doing this cos I need to constantly remind myself)

Sensorial Futures is a speculative cybernetics augmentation popup store, commercialised for the mass public to upgrade their senses on the fly. The shop has a shiny neo-future interior with displays that allow you to try out different device, placed around like Apple devices in their shops.

In this particular pop-up, the sensory devices are catered to the everyday people and the working population, dealing with things like time (productivity), money, and personal space (transport/mobile device use). These devices range from wearables, to implants, to cybernetics. Borrowing from cyberpunk themes, I want to make it such that the wearables are essential for certain jobs and this pop-up store offers sensory upgrades to the most generic 9-5 jobbers. (thanks prof. LP for giving me that idea way back 2 months ago)

3 key devices are on display:

The takeaway from the installation will be: do we really need these? Will we ever need these? In this project, I will explore a few themes, some more vague than others, and I hope people will catch them and think about them. Meanwhile, other than trying to get hired, I want people to have fun with my installation while thinking about the future of senses. Or even, not just the future of senses but to think about the current ways of them sensing their environments and the current ways of them using their senses.

Yes. Too much time wasted so here comes another update to the timeline, streamlined into more specific stuff since theres only FOUR + MONTHS LEFT…………..

I’ll be working specifically on each device in 3-week intervals.

May week 1: collaterals and marketting

So next week I’ll start with money sense, while putting chronophone on hold till end Feb.

Hope I’ll stick to it kthxbye