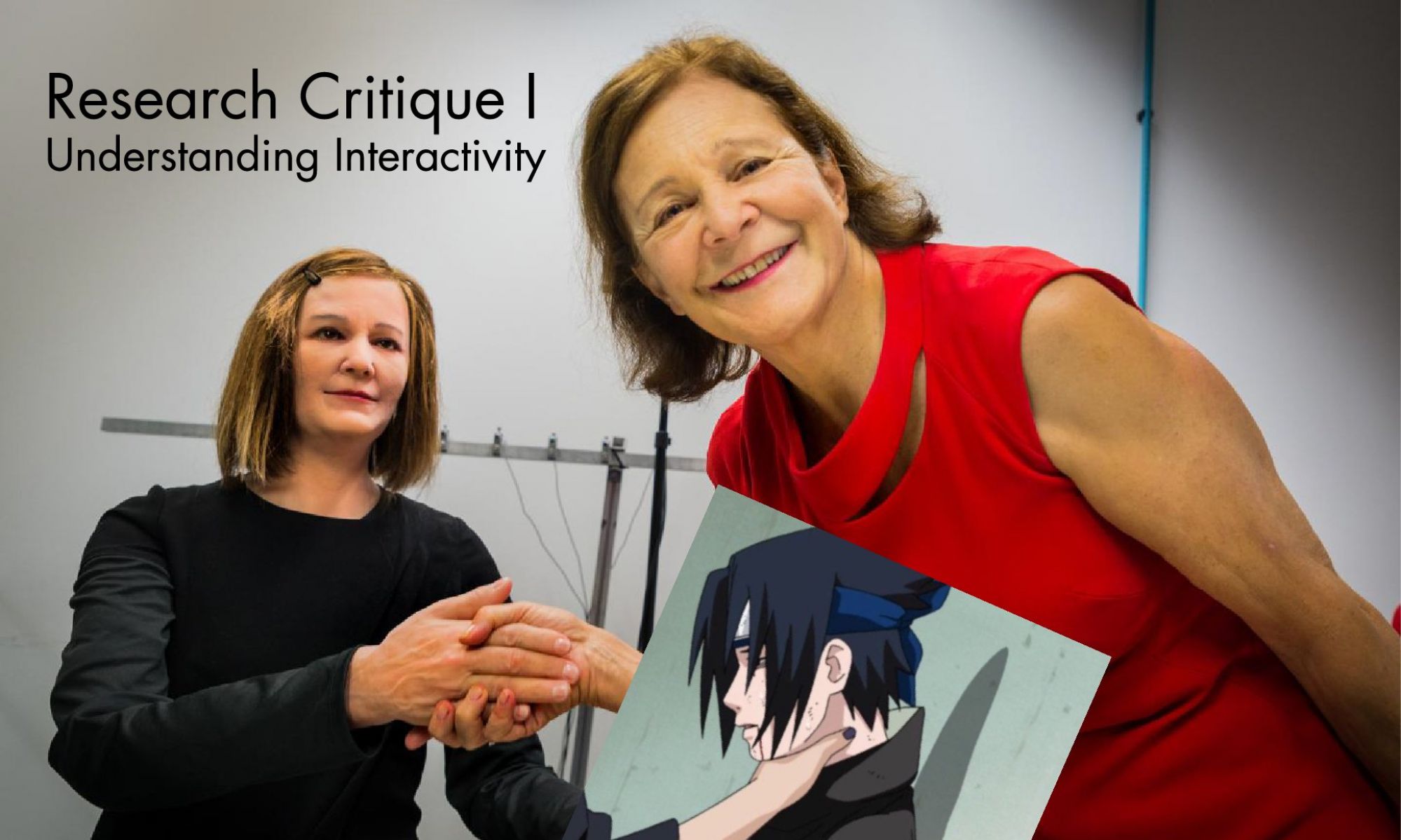 The Wooden Mirror is an interactive installation made of 830 wood pieces and motors that moves according to an image captured by the camera which tilts the wood pieces in a certain angle, creating the illusion of depth and therefore the illusion of a ‘reflection’.

“Mechanical mirrors are a platform in which Rozin investigates the borderline and contrasts between digital and analog worlds, virtual and physical experience, or order versus chaos. The first of this series, Rozin’s Wooden Mirror explores the inner workings of image creation and human visual perception.”

Q: Why do you find this artwork or project intriguing?
A: I stumbled upon this artwork on Facebook around last year and was fascinated by how the artist managed to show depth using just wood plates and the shadows they cast, which seems pretty impossible. I find it really interesting as I tried to figure out how technology allows us to make what appears to be impossible, which is to make a mirror out of a non reflective material. I was even more fascinated after thinking through the process of making this installation work the way it does.

Q: What is the situation or interaction created for the viewer?
A: The Wooden Mirror appears counter-intuitive to viewers at first, when a reflection casts on a non-reflective ‘mirror’ is made. Through instilling curiosity within viewers, the viewers would be made to look into the Wooden Mirror and interact with it by moving about and observing how the wooden plates move in relation to their own body movement.

Q: What is the intention of this interaction?
A: Other than the testing and application of a crazy but successful idea, the artwork has allowed people to question the potentials of materials, such as using a non reflective surface to create properties of a reflective surface. It also suggests to us the wonders of technology, in how each plate can be intricately programmed to display a certain shade to create a big image as a whole.

Q: Who has control over the outcome of the artwork or project? Is it the creator / artist or the viewer/audience?
A: The creator has the primary control, ultimately, in terms of how he set the stage to make the wooden plates move in response to viewers (eg. he could have made it hard for viewers to discern their own image). However, the creator decided to make the artwork as it is now, and as such, the audience has more control over the outcome in term of how they directly affect the images portrayed on the Wooden Mirror.

Nadine is a social robot modelled after Professor Nadia Magnenat Thalman. She is considered the ‘most realistic female humanoid social robots in the world’ at that time. She was created to assist people with special needs, and she can read stories, show images, and communicate with her user. She is also able to answer questions in different languages, simulate emotions in her gestures and her expressions, make eye contact with users, and can remember all the conversations she had with people.

Q: Why do you find this artwork or project intriguing?
A: My first encounter with Nadine was during the Human+ exhibition some years ago and was deeply intrigued by it. It was fascinating to me how technology is so advanced for a robot to exhibit (or simulate) social behaviours.

Q: What is the situation or interaction created for the viewer?
A: The viewers can ask Nadine questions and respond to it, creating a flow of conversation. This back to back conversations creates feedback loop between Nadine and viewers. The viewers can talk about many different things like the weather, ask about Nadine, etc.

Q: What is the intention of this interaction?
A: The main purpose of the interactivity with Nadine is to assist people in different ways. She can be a receptionist, or an assistance to people with special needs. But within the Human+ exhibition, the interaction is perhaps to awe viewers in how smart a robot can be and imagine the future where quality and advancedness of robotics can be useful to humanity.

Q: What is the role of the viewer?
A: The role is to just ask Nadine questions and talk to Nadine and reply. The viewer is also perhaps made to  think about what to say, and think about pushing the limits of the robot.

Q: Who has control over the outcome of the artwork or project? Is it the creator / artist or the viewer/audience?
A: In this case, I’m quite uncertain as Nadine is programmed to learn. As such I think perhaps both the project (Nadine) and the viewers have control over the outcome of the artwork, which is their conversations, while the creator only have the parameters for the interaction set beforehand (like gestures, things Nadine will talk about, etc).

Q: Come up with 2 thoughtful questions in your essay that will benefit the class with regards to this week’s topic on interactivity.