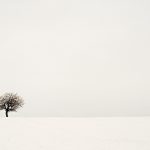 https://www.youtube.com/watch?v=uCPBTQxsNkM Recently there has been an uprising trend of the minimalist movement in Japan. It is influenced by the spare aesthetic of Japan’s traditional Zen Buddhism, these minimalists buck the norm in a fervently consumerist society by dramatically paring back their possessions. The inspiration for Japan’s minimalists came from the United States, where early adherents included Steve Jobs. Definitions vary because… Read more →