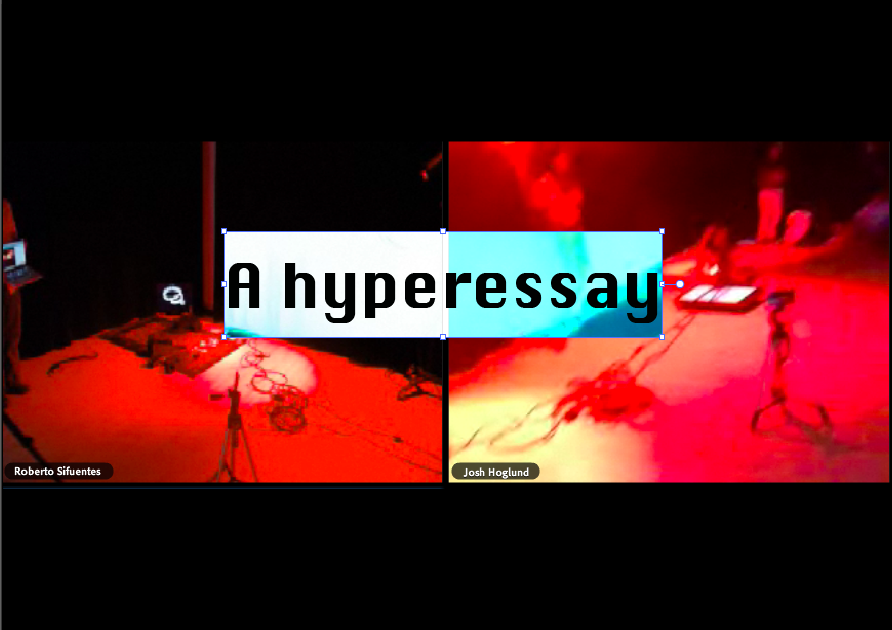 As the Networked Practice Symposium came to an end, we had to collate our thoughts and jot down our experience into one hyperessay.  Overall the symposium was a wild one with many eccentric performances, but it made me question one thing, which was how different can old performance art and new performance art be? New performance art being practices that incorporates network practice into the process, giving it a multitude of layers and depth. The above PDF highlights my Hyperessay.

However, since the essay is 500 words, there were some questions and thoughts in my head left unexplained. During the symposium I asked a question in attempts of being “participatory”, which was “Does the usage of an assistant/ extra person for the second part of the performance lose the power of the shamanistic experience, in comparison to other performance artist like Joseph Beuys who experiment with sort of ritualistic animals?”

From my perspective, this question stems from my understanding of Joesph Beuys as a performance artist who enjoys the usage of silence, animals and rituals in his performance narrative. In “I Like America and America Likes Me”, he stayed with a coyote for three days alone and interacted with it while living in a tent. Coyotes were special because they represented the atavistic powers of Native Americans. This compares to Sifuente’s usage of leeches in his performance in “igaies”. In ” How to Explain Pictures to a Dead Hare”, he was a healer trying to speak to a dead rabbit. This compares to Sifuente’s “igaies” where the lady beside him was the healer bringing him back to life after he collapses. In both context, there is a healer and there is a ritualistic element, almost power asserting postures utilised, but its only in “igaies” where the healer is not the artist, who is Sifuentes. Furthermore, the element of silence is more apparent in Beuys’s works.

Hence, my question comes in where/ whether the presence of an unnamed assistant who is dressed completely different from Sifuentes’s almost shamanistic/bomoh outfit would affect the visceral power audiences have for the artist, since the artist himself have been “performing in a ritualistic manner” to assert power from the audience (The part where he dances around with a stick and suffer the sucking of the leeches). With an additional figure present to heal him, it completely takes away the shaman imagery audience have of him, since he was seen being sucked off blood by leeches. The lady who initially places the leeches on him then comes in to heal him by cleansing him up, resulting in my question of how the authority or hierarchal structure is based in his performance.

This compared to Beuys’s work, which doesn’t include an assistant, gives a balance dynamics between the coyote and the artist himself. In “igaies”, there is a trinity of power assertion, that gives rise to the contention of networking, which will be explained below.

Fortunately, I was given feedback and comments of my question, and Katie 2 mentioned that, quote “draws attention with the ecological nature of interconnected life forms: human/animals, human/internet, and internet/animals.  Sifuentes himself commented that he enjoys the terms of an interconnected relationship between the animal, human and internet.

Since this symposium is based on the idea of networked practice, I do understand the changes of relationship for individuals within a networked performance art such as this, and there is a strong interconnectivity between animals/human, human/internet and internet/animals. However, my question stemmed more towards the art direction of involving another human party instead of one main “human” source directed towards an audience, which would have/may not, be of equal aggression. In other words, the presence of a human/human relationship on camera, which denounces the idea of a visual silence that is disrupted by the presence of two humans,

I believe, although it is just my opinion, that it would have been more visually dynamic without the usage of an assistant, as an audience, I have built up quite a visually daunting imagery of Sifuentes as leeches are placed on him, which he could have placed on himself. It would have been even more participatory if audiences could have had a chance to place the leeches on him themselves, or even have a networked participation where leeches are placed on Sifuentes according to the Internet audience’s command.