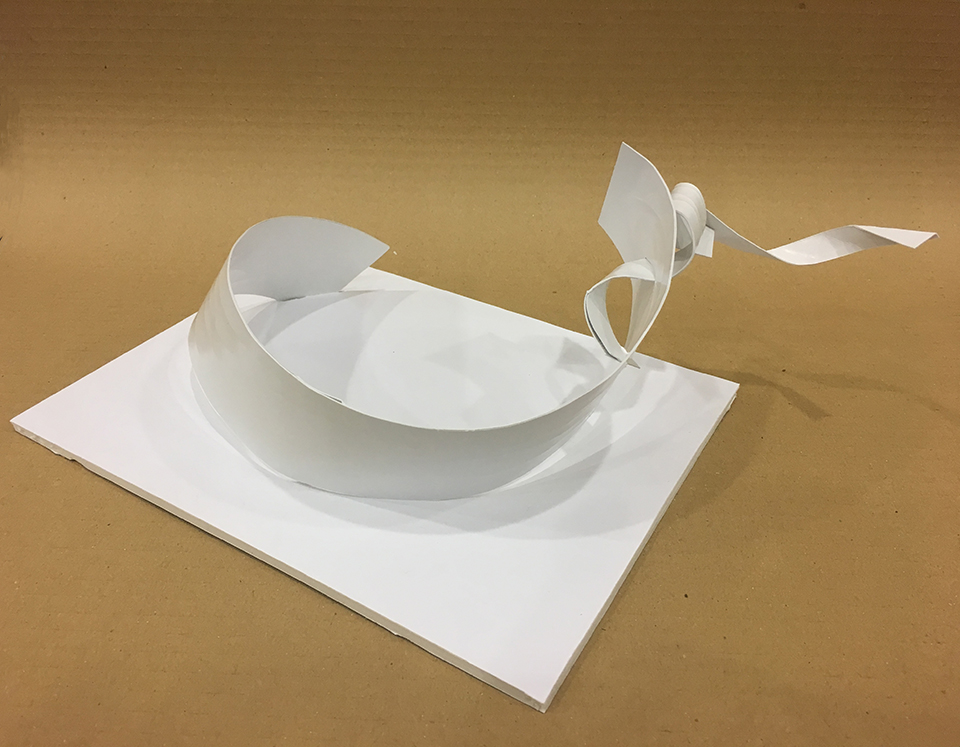 As we dwell deeper into the topic of abstract composition, we discussed various techniques of showcasing the beauty and elegance of a plane. Using the information taught by Cheryl, we modified our models accordingly to achieve the intended outcome.

This adds on to the initial post under the link (https://oss.adm.ntu.edu.sg/bren0022/a-smelly-plane/), which I will reference to to elaborate on the edited models. In Model 1 shown below, the relationship between the planes remained the same, with the main body being the dominant, the twisting support being the subdominant and the curling plane at the peak a subordinate to the main body. The position of the twisting support was moved closer to the base of the main body instead of it being located in the middle of the platform- this enhances the elegant curves of the plane that I wanted to highlight. The closer negative space between the dominant and subdominant creates an illusion of a stronger base. Using the idea of receding planes, I also wanted to create that illusion of a varying widths, as I found that the composition becomes more dynamic as such. With reference to the photograph “Receding view”, I bent the plane at an angle along its length, creating an illusion of different width on the dominant strip. In this model, the dominant strip is significantly larger than the subdominant and subordinate as I really wanted to emphasis on the curves of the plane, paralleling to the crane robot. I used the small strips of subordinate and subdominant to pierce and wedge through the dominant strip, this technique provides an element of dynamism and it gives an illusion of life to the strips, interacting with one another in a context that is not gluing. I feel that the technique of gluing applies a robotic structure that is not as organic compared to the wedging and piercing.