This project aims to engage a group of audience with our self-constructed social identities, it commences- 7 March 2018, 1239Hs.

The link below leads to the facebook page that housed our experiment.

My first post featured a vlog explaining my nightmare, kickstarting the chain of videos and photographs I would post later through the day. I thought It was important to show my face for the first video for the audience to know who the social identity revolved around.

Throughout the entire day, I posted predominantly videos instead of photographs as I wanted to engage the audience as much as possible, since videos involved sight and sound, I tried to change location as much as possible to create an interesting narrative. 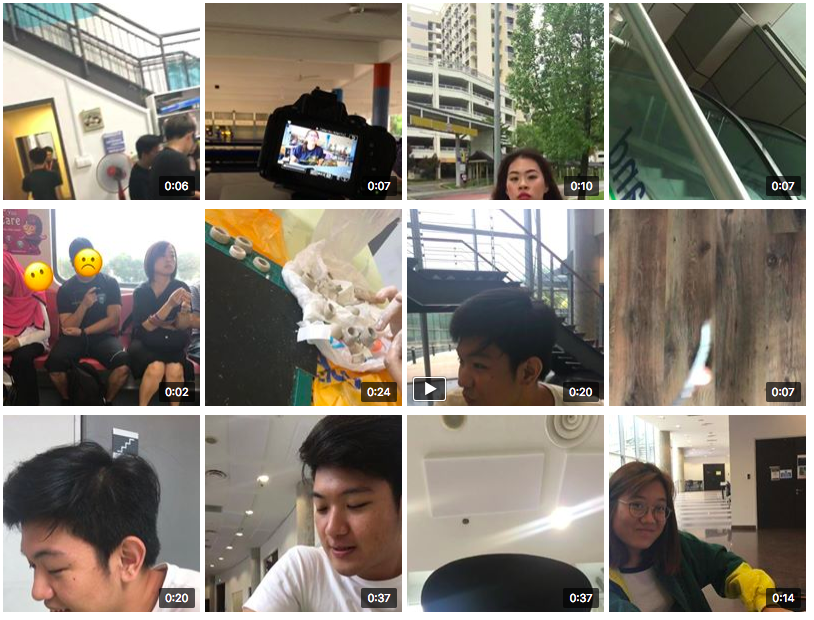 The timeline of my day was as follows

12noon: Wake up and telling people about my nightmare

2p.m. – 5p.m.  Interaction with friends, featuring Naomi and Nokwan from Monday Class, and Clemens the Camp chief. Inclusive of a Live story telling by Clemens

12mn Head to Extension Coffeeshop for photoshoot and some supper

This project aims to craft a social identity and it was interesting as I had to record footage from previous days, while wearing the same shirt I would eventually wear on the Super-participation day. This was because I wanted to employ most of my time with activities that people would find interesting, instead of just myself talking. Hence, the usage of the same outfit tricks the audience into thinking that I am within the same time and space as when the post was made, creating the illusion that the 3D space can be live time, which is false. Doing so, I create a social identity I want the audience to see.

Also, apart from my own social identity, I took to my advantage of including people around me like Naomi, Nokwan and Clemens. This inclusion of other people apart from myself helps to create an interesting narrative, as if watching a TV show introducing new characters to the storyline. Each of them have their own identity on the superpaticipation timeline and helps to make the postings more interesting be it conversations, games or features. 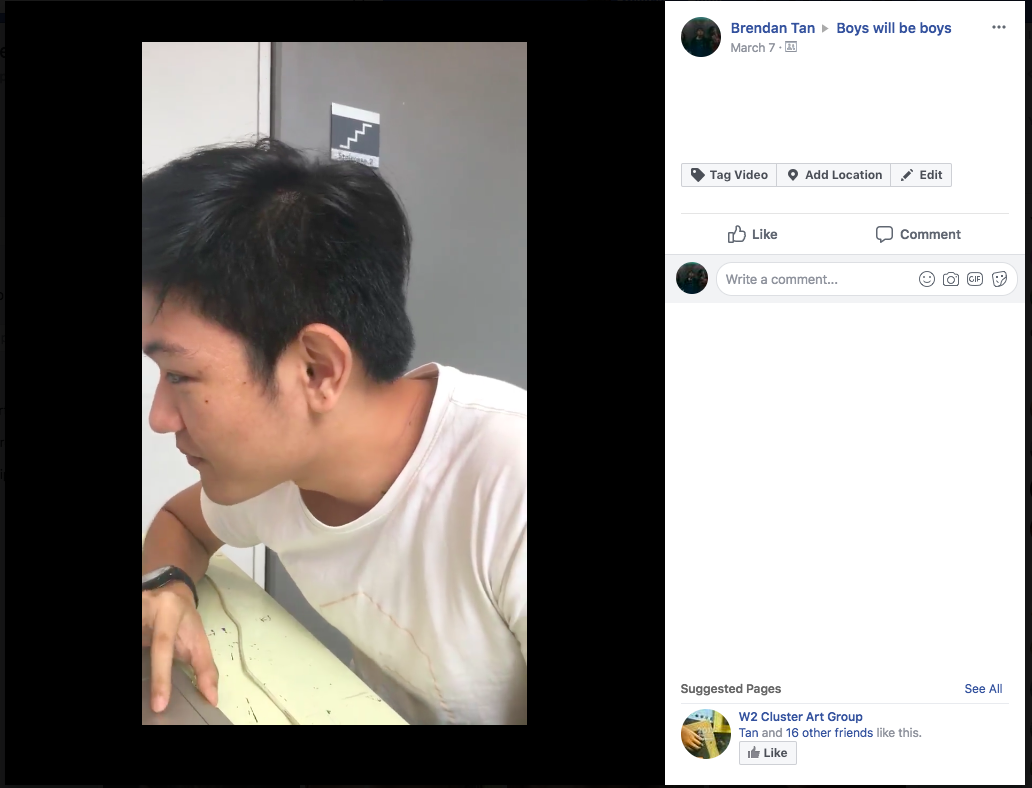 An interesting easter egg would be the clothes of my friends, as they were not informed to wear the same outfit. Do spot when those videos were taken. 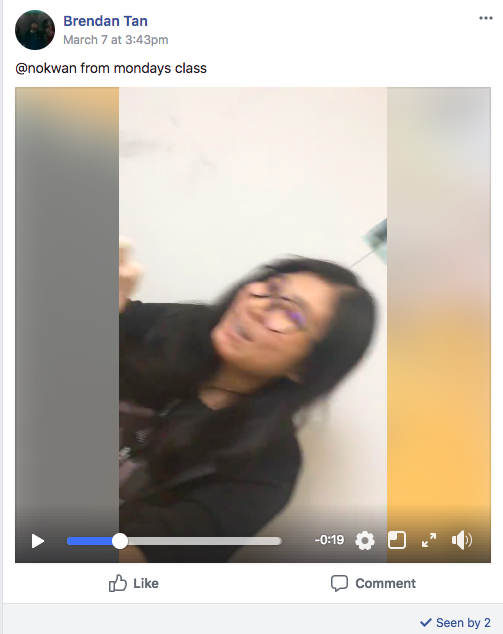 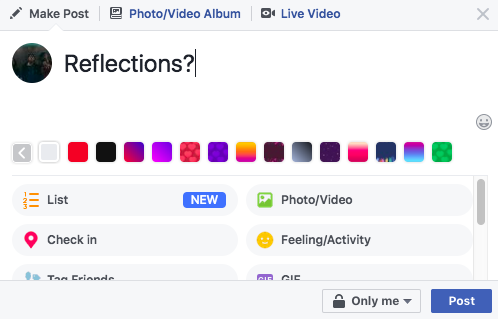 Reflections from this activity is heartfelt and genuine despite the nature of social media presentation. I found this exercise to be tough as it was difficult keeping track of posting and timing, even on a genuine posting terms, having to constantly update my life on social media was not my cup of tea. I even found trouble managing the activity when it was past 3a.m., asking Bryan if he were doing the same. *Which occurs to me after that that I could have included an audience poll for whether if i should sleep or continue updating, but there would not be people awake at that time to do so.

One Reply to “A super super participation”