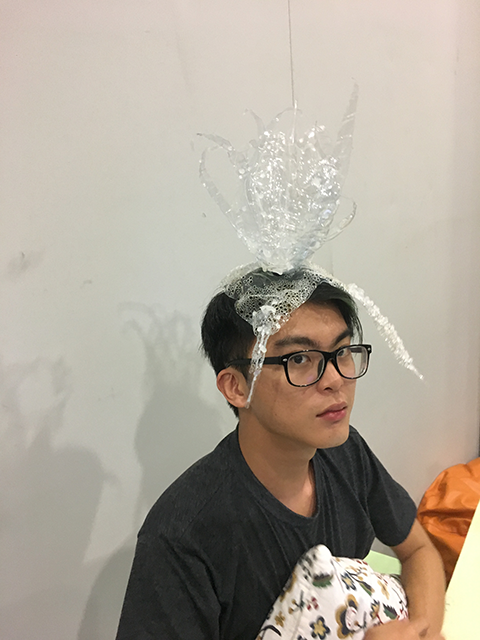 As a continuation from the investigation of smell, we attempted to project the sensory qualities we drew from our chosen smells and turn it into a physical sculpture. In this project, we were tasked to explore the theme of abstract forms and planes using found plastic (without any limitation of our techniques), and produce a sculpture that portrays the two smells interacting with out another.

*However, I made a slight edit on my initial choice of a bad smell and chose yeast instead of train farts. Yeast, to me, has a flat but distinct smell that hints of mould. It is a slow paced and gentle smell that lingers, in other words start off small but loiters as a strong and pungent smell. It incites a sense of nervousness in me.

Before I embarked on my project, I decided to list out a comparison of characteristics that rain and yeast have, allowing me to tell the narrative of the rain and yeast interacting, or opposing for that matter. I found rain to be a distinct and refreshing smell, as if my brain is being massaged. Even though the energy and dynamism of rain is difficult to process in terms of smell, the idea of rain itself reminds me of infinite potential, as if the smell is falling down from the sky in a mass. I would like to incorporate an additional sensory aspect of sound to exaggerate the effects of rain as the sound itself puts me in a calm state of mind- a quality I would like to portray in the sculpture. In comparison, yeast is the polar opposite to the smell of rainwater. Yeast has a flat smell that lingers, but instead of dynamism, it just reminds me of dead mould. It has a distinct smell as well, but starts off weak and strengthens over time.

Using the characteristics I pointed out, I started to brainstorm for an idea of how my sculpture would look like, and here it is.

From there, I proceeded to investigate plastic as a material in terms of malleability and durability, with mediums like heat and applied force to bent it. The photograph shown below is an example of how the heat gun was used to bent the plastic strips I had cut out, bending it into a streamline abstract form. I wanted to achieve the natural form the water has when it drips, as the physical sight of it reminds of rainwater dripping down. It also reiterates the idea of how the smell of rainwater plunges down in a mass and the strip attempts to portray a downwards motion. 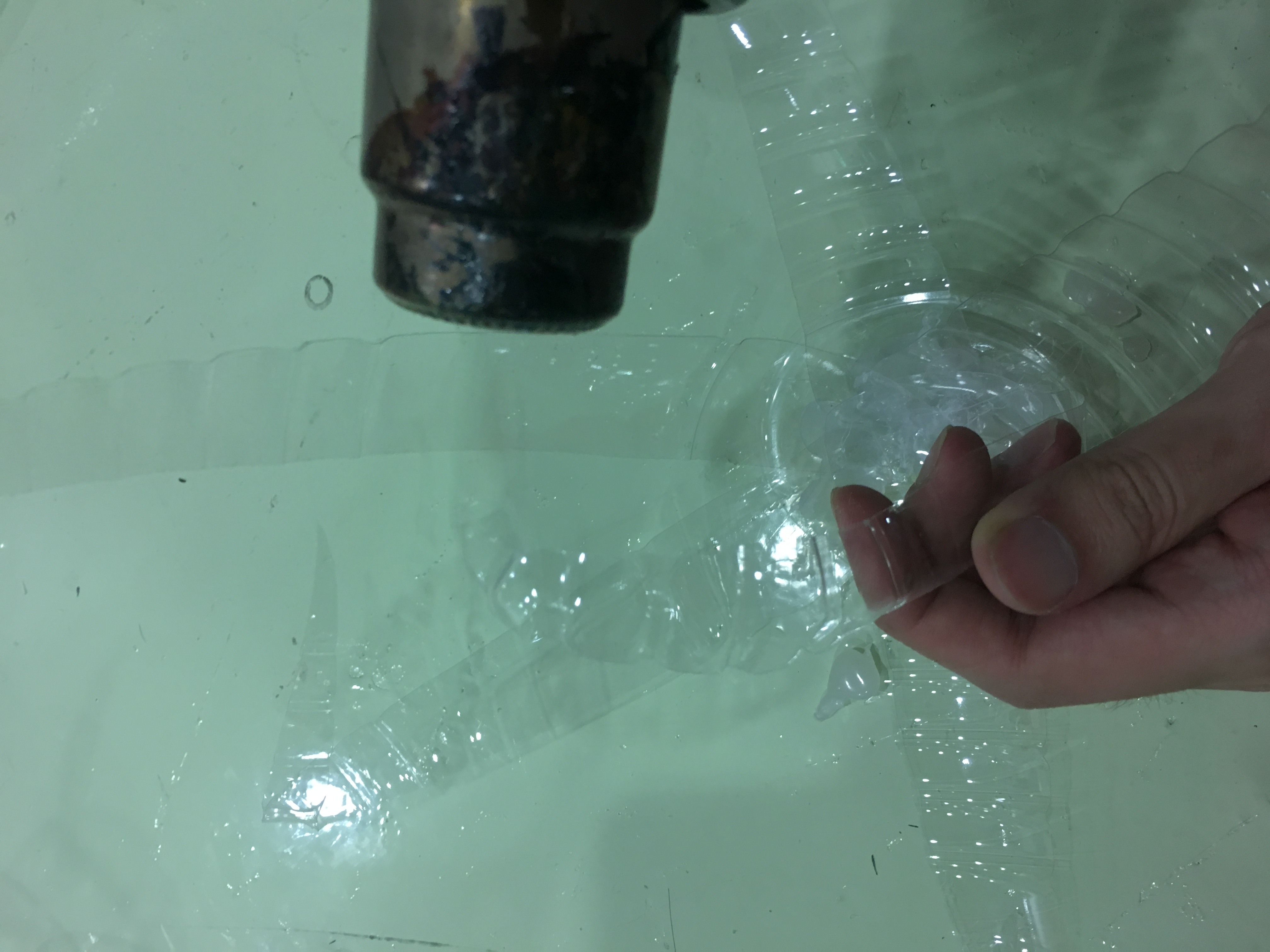 Throughout this project, the main medium of holding the sculpture together is hot glue gun. I found that hot glue resembles the visual quality of plastic and is able to camouflage as part of the artwork quite easily. Apart from gluing the work together, I also attempted to create some textural qualities using the glue, forming spheres that hints of droplets and mould.

However, a problem I noticed was that the usage of the hot glue “rainwater” and “mould” is too similar in terms of sizing and texture- This creates a visual confusion. Hence, I played with the idea of quantities, with the yeast having more hot glue “mould”, with the addition of soldered holes to incite the nervousness as mentioned before. With both of the hot glue and soldering techniques used, there is a positive and negative texture created. Positive texture being the lumps created by the hot glue, while negative texture being the holes that audience can feel by touching, shown below.

Through experimentation and attempts to control the volatile hot glue and plastic, I created the final model shown below. As mentioned above, it represents the struggle of rainwater and yeast as two opposing smells. However, shown in the GIF below, the rainwater is stronger and cleansing smell, therefore the yeast is almost weakened and pushed backwards, yet lingering on. The sculpture uses the comparably heavy weight of the “rainwater” to introduce the conversation between the two smells, pushing back and forth using gravity. Ultimately, the flat “yeast” is unable to take the weight due to its weak body of smell. The addition of tendril-like features at random suggests life to the sculpture due to the resemblance to an otherworldly life form.

The recording is of the plastic tendrils of the “rainwater” swirling around, mimicking the droplets hitting the ground during rain. 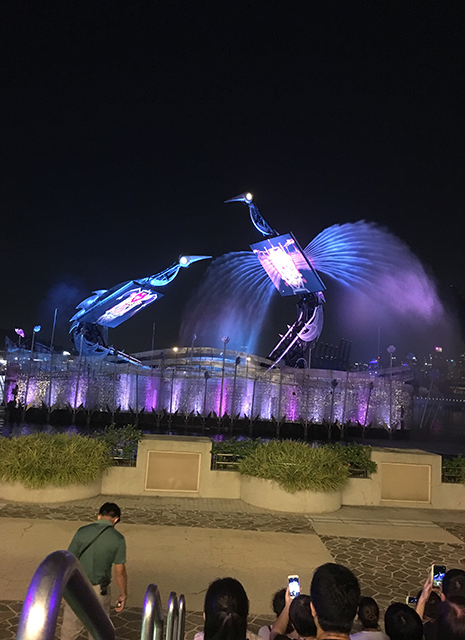 As we move on from the previous project to Project Mnemosyne, we investigated planes and smell.

These are the various form of planes we learnt, divided into 3D and 2D planes. 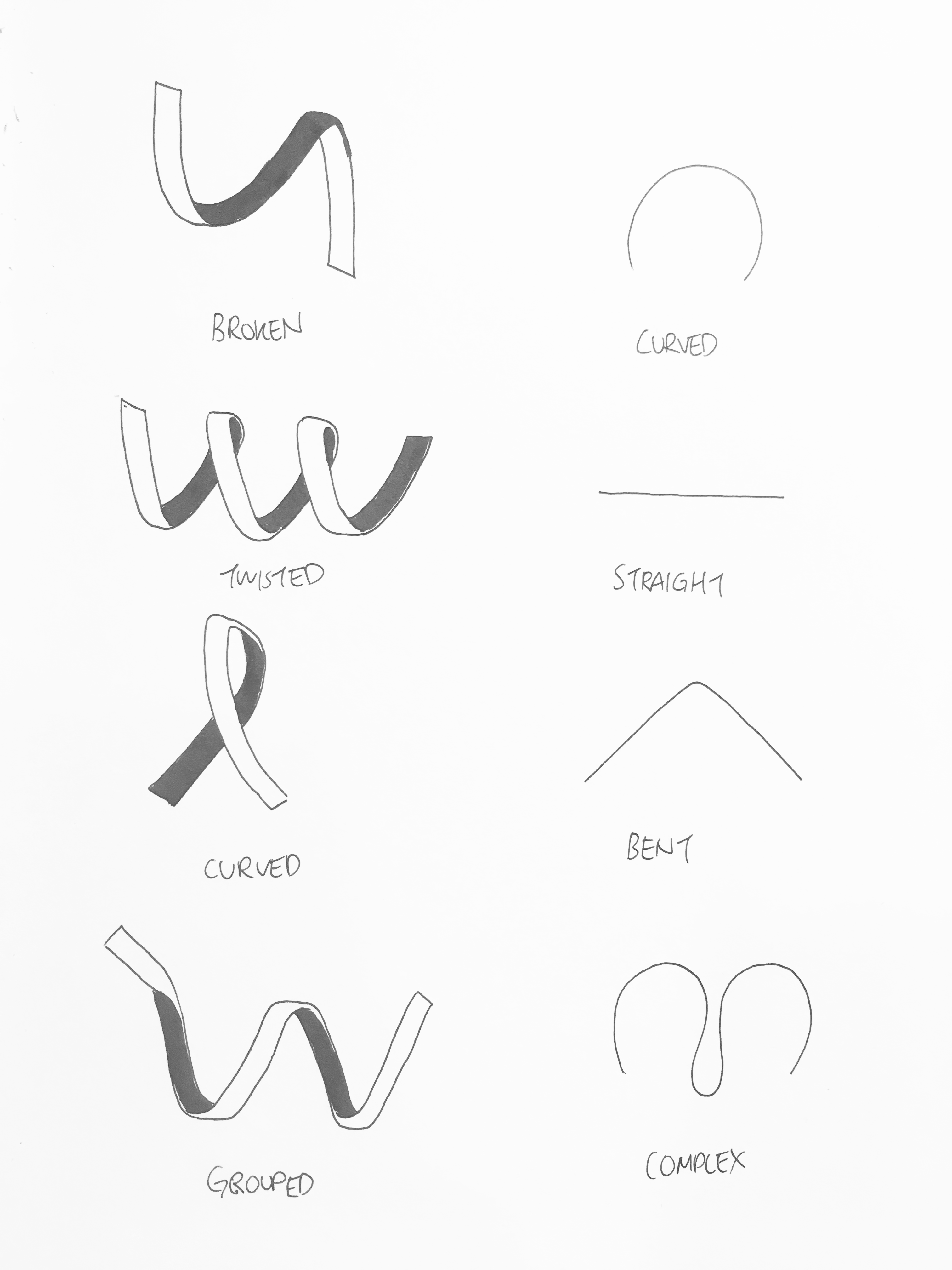 We were also tasked to pick two distinct scents, one that you favour while the other one you disliked. I picked the scent of incoming rain as the scent that I liked. In describing the scent that appears before rain happens, I googled for a scientific explanation. This strangely pleasant smell occurs when the plants release a chemical as they expect rain to fall, combined with the bacteria and ozone from the ground, creates the unique smell that symbolises “pre-rain”. The reason that I like this smell is because it is calming, as it is a precursor for the event of rain and the idea of rain comforts me. I would describe the smell of rain as dynamic as it is symbolic of nature building up energy as rainclouds. It is cleansing as the environment smells better after a heavy rain, so it smells soothing and “clean”.

The smell that repulses me would be the smell of “fart” early in the morning on the MRT train. It is a confusingly pungent smell of eggs, fart and fertiliser that is from an unknown source, especially around the MRT tracks along Kranji station. The smell has a strong body that enters your nostril suddenly, but stays around for quite a while. It is rotten and powerful, much like a human fart. It might be the smell of methane. It is heavy and loiters around, making you squirm your throat. It is repulsive also because it reminds me of the journey I took every morning while going to school, a combination of bad experience and horrible smell. With the continual experience everyday, the smell became an instant reminder of the horrible experience. 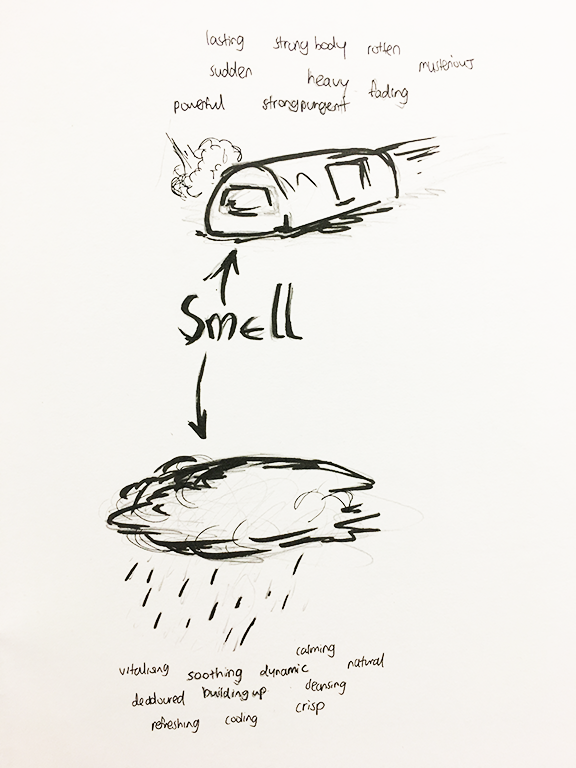 In exploring planes, I saw inspiration in many architecture and artworks. In Model 1, I referenced to the Crane Dance from Resorts World Sentosa. I wanted to capture the features and hint of the crane, but not the physical replication of a crane. I wanted to explore on the curvature that inspires the elegance and idea of flight, spiralling up into the sky. Hence, the dominant strip is the main body that has the “spiral of water” (subdominant strip) holding it up, having a precarious balance. The subordinate strip is an accessory to provide a whiplash effect, enhancing the elegance to the model. A problem I envision with this model would be the over-personification of the idea of a crane as the theme of planes should be limited to abstract designs.

The next model was inspired by Anthony Poon’s “Sense Surround”. Poon explored on geometric abstraction, known for his flat and relief painting. Poon also explored on sculptures and his influences from 2D can be seen in his 3D works as well. In Sense Surround, he took notice of balance as a whole in art and tried to achieve a unity in his work on every single plane. It looked almost as if the planes are placed intentionally on an invisible grid line, forming the unified work shown below. The planes are meandering through one another, however, never forming an imbalance as they are of the same density throughout. This idea of the red sculpture interacting with one another becomes a universal language as there would not be any meaning that is lost in translation- It is purely pictorial. In my Model 2, I used the dominant strip as the base, referencing to Poon’s work. I used piercing in both subdominant and subordinate, enhancing the personification of the planes, interacting with one another. I tried to lay the planes with the negative void fused together, giving a visual balance throughout.