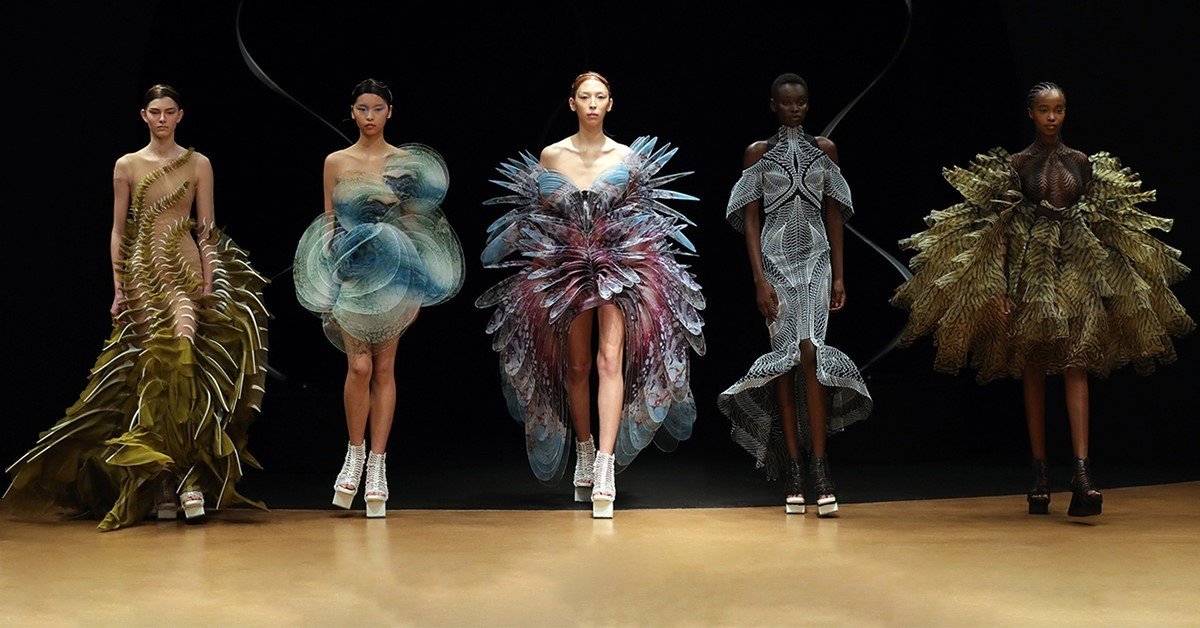 This week’s assignment is to present the research conducted on the course syllabus- wearable technology. One of the main themes we concluded from the presentation is the amalgamation of technology and nature as a source of inspiration for many designers. However, there is a contrasting difference of using technology & nature as an aesthetically-driven thematic inspiration as opposed to using technology & nature as a medium of conversation- both of which we would classify as wearable technology albeit of different intentions. We would use designers Iris van Herpen and Hussein Chalayan to draw the point across.

Hussein Chalayan is  eponymous with wearable technology, famous for his bold and inventive incorporation of mobility into fashion. In his iconic pieces “Robotic Dresses”, he takes inspiration from the eras of change within fashion and allows this collection to metamorphosize right in front of the audiences’ eyes. The dresses unravel, unzip or rise with fluid movements as each of them are embedded with highly technical drafting of motion technology. Chalayan’s work is representative of the notion of wearable technology, that being a conversation of how we engage in using newfound technology to subserve traditional fabric. We can parallel this conversation to a variety of topic we find contentious- such as modernisation and globalisation in the “Robotic Dresses” shown below. Certain archetypes of wearable technologies that speak directly through the robotics are aimed to have a substantial benefit on a certain problem that the designers aim to address, be it conceptual or actually viable. “Nomadism” is a popular theme highlighted within many wearable technology designers’ scope. 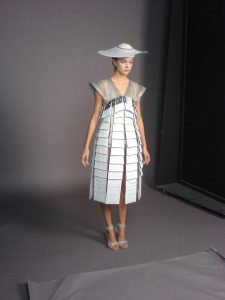 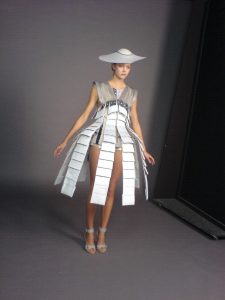 Other designers like Iris van Herpen tend to approach the idea of “wearable technology” differently. Herpens’ work uses technology as a tool to mould the design but in most cases the technology does not impart as much value in the due process of assimilating the garments effect. In other words, there lack an agent of serendipity within Herpens’ work (meaning technology), but in place stands an aesthetic value derived from said technology. An example of garments embedded with Herpen’s design DNA is the syntopia dress shown below. She uses technology to achieve impossibly tailored garments that are visually groundbreaking and causes audience to question their visual understanding of the pieces. Subcategories of wearable technology like these applies the “technology” in the preproduction process, using the visual cues as the firestarter of the concept instead. 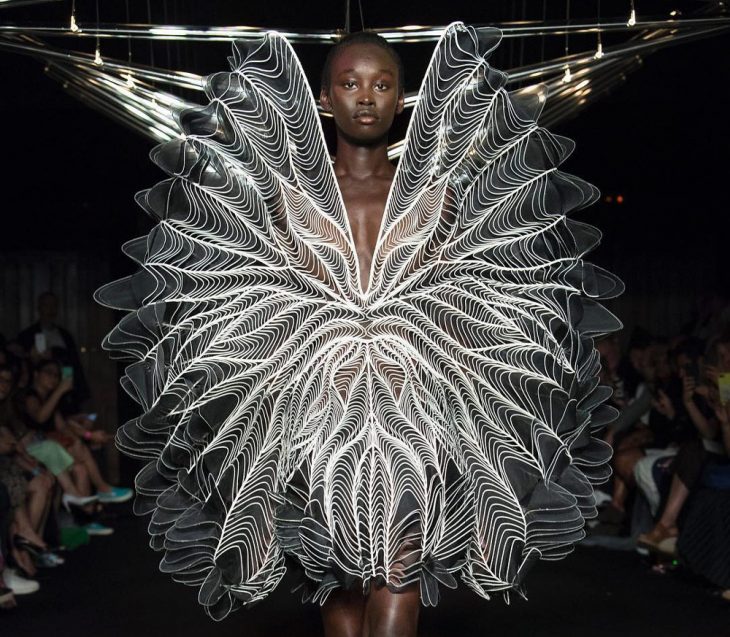