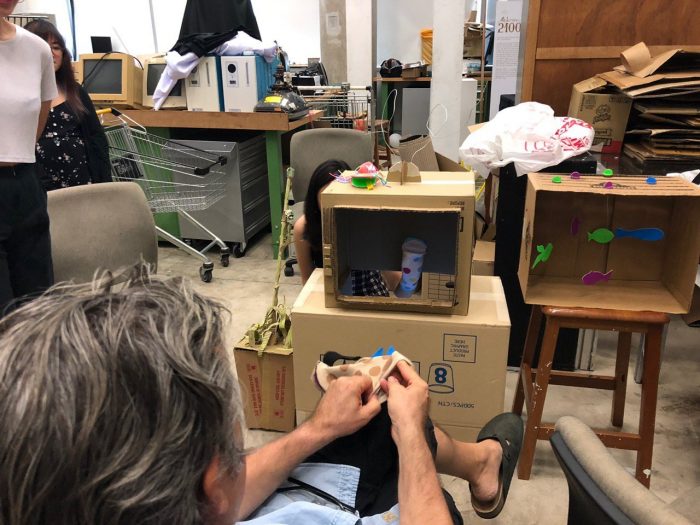 by Bridgel, Chloe, Mavis and Viena

Cardboard Kingdom is a recreation of the fascinations and perceptions one has about the world during childhood. When you’re small, everything around you just seems bigger, and a simple room could become a castle in your imagination. In this interactive installation, we have tapped into their memories from early childhood to recreate an innocence and simplicity that could only be possessed by a child.

Reminiscing on our childhood days where we were content with playing with the simplest of materials in the smallest of spaces, we have created a child’s playhouse simply using recycled materials incorporated with interactive digital elements. Cardboard Kingdom aims to gift participants something that is rare in today’s world: a little bit of pure childhood fun, reminding us that happiness can be found in the simplest of things.

The idea for this project came about when one day, we just happened to be talking about our childhoods and what we liked to play with. We discovered that for some reason, many people as kids tend to be fascinated by small spaces like cardboard boxes and personally for me, it has been my childhood fantasy to create a huge structure out of cardboard and just crawl in it!

We also came across the above artwork while on a field trip to the National Gallery’s Minimalism exhibit, which gave us the idea that this childhood fantasy of ours could actually be turned into an actual artwork. To keep with the theme of childhood, we decided to recreate a life-sized interactive dollhouse out of cardboard!

The first phase of the project was to create the analog version. Since we already knew that we would be using cardboard to create the objects for both the analog and digital versions, we decided to just create the things that we wanted to have for the final product and just add on the digital aspects after completing the analog ones.

We discussed and came up with a list of household furniture and appliances that we felt could be more interactive, both analog and digitally, as well as which rooms we wanted to have:

We created a mock-up sketch to plan out the functions of each component: 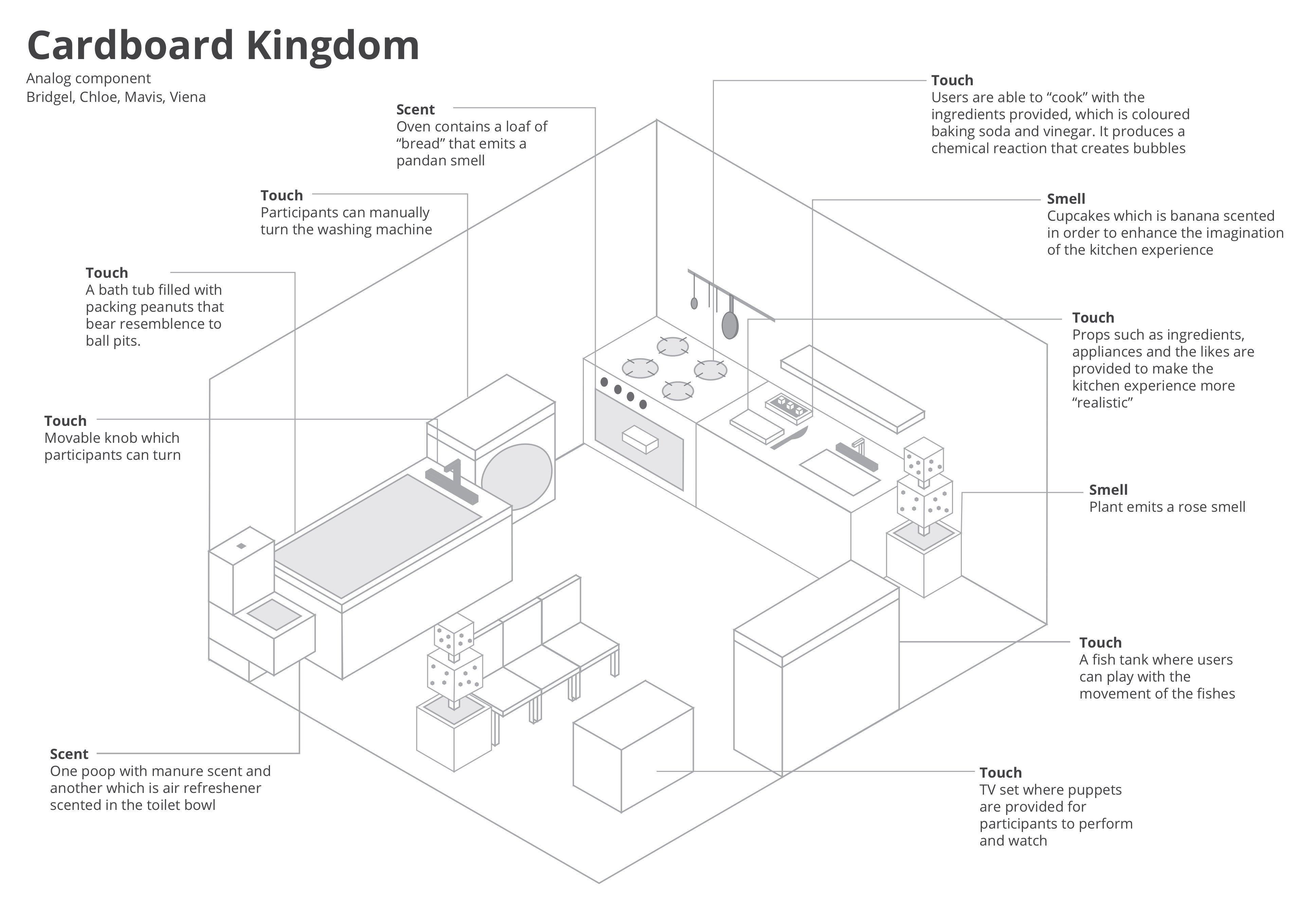 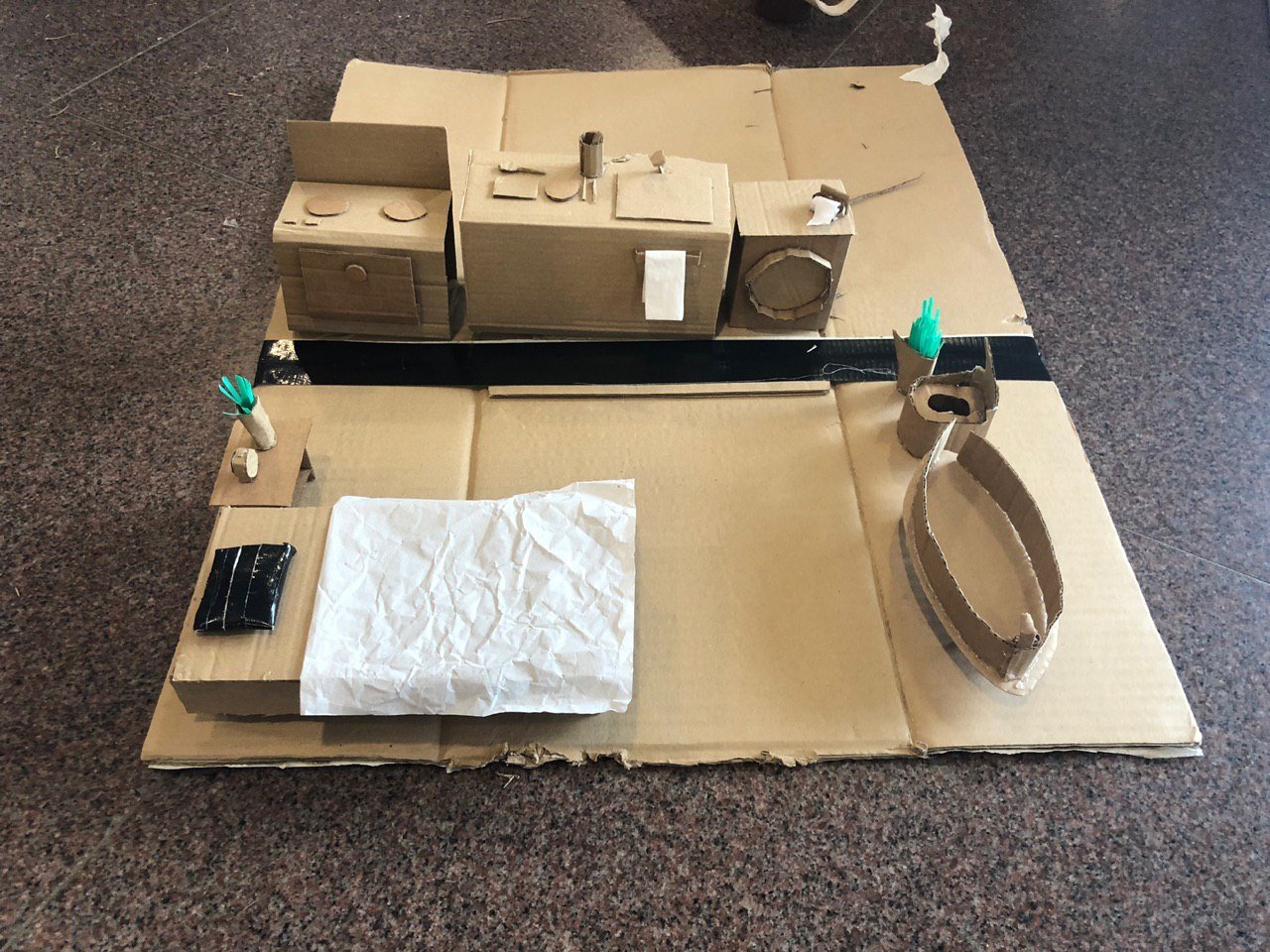 To start off, we created this miniature model of our project in order to picture how the final product looks and test the properties of our chosen material (cardboard)

To make the analog project more immersive, we decided that in all the “rooms” we would have a scent component to it on top of having the cardboard structures. 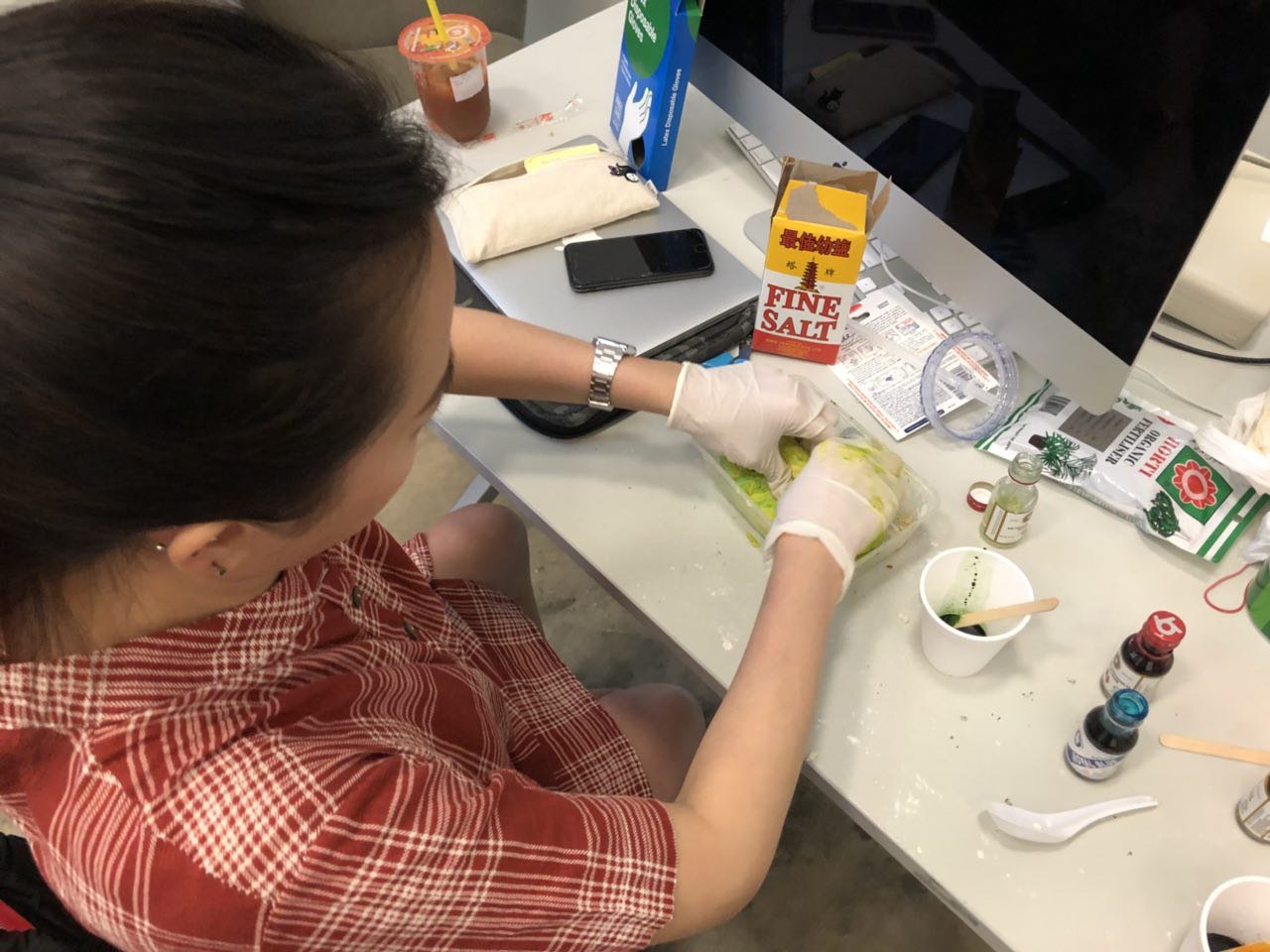 Using flour, food colouring and food colouring, we created a scented paste which we were able to harden to create certain objects in the house or coat over the cardboard structures to give off certain scents. 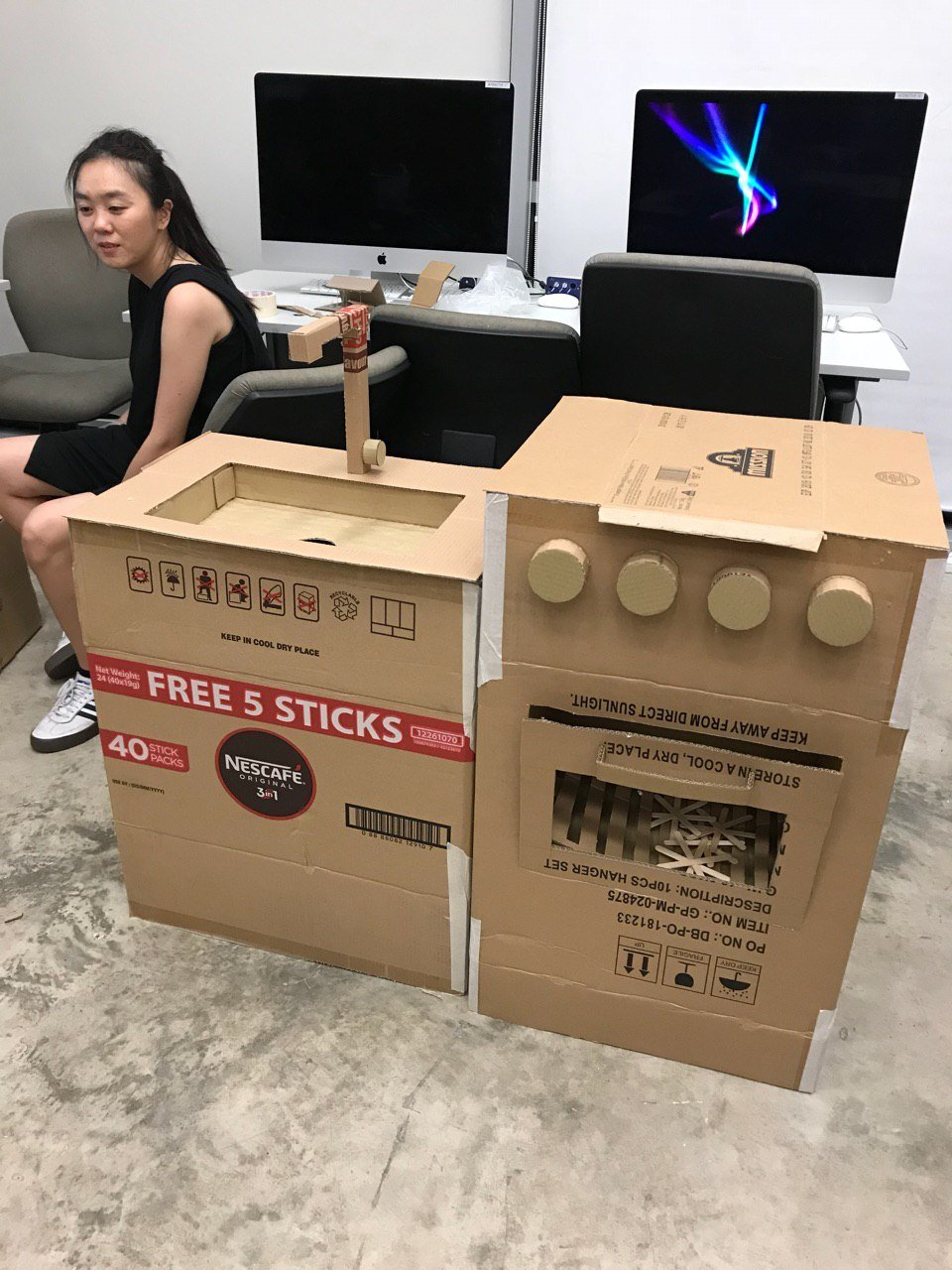 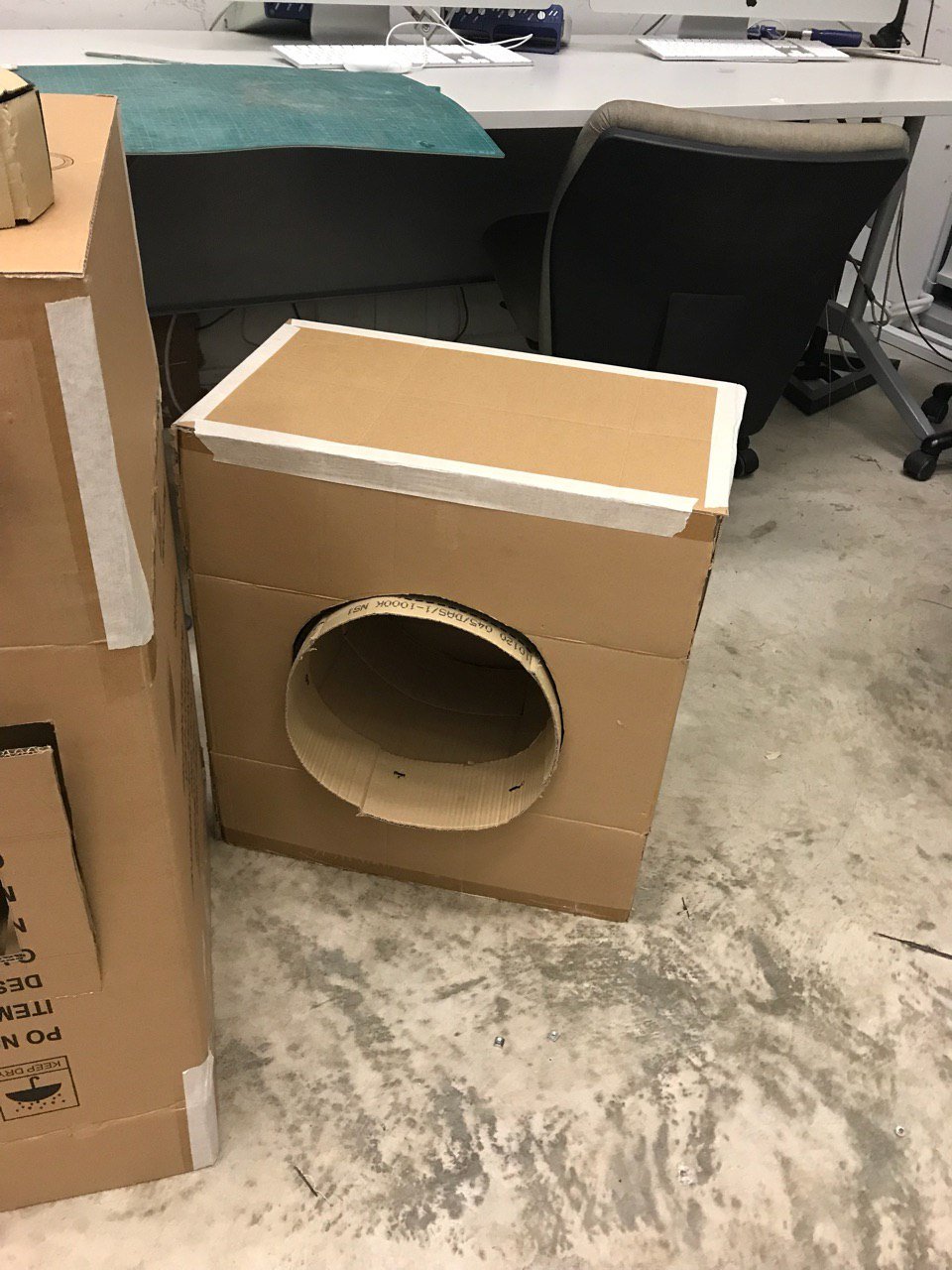 The main attraction of our “kitchen” is the kitchen sink, oven and washing machine! All the knobs and doors can be turned and toggled, and the oven contains a scented “pandan cake” which we made with our scented paste. The washing machine has a rotatable drum which the audience can open the door of to take things in and out, like a real washing machine. 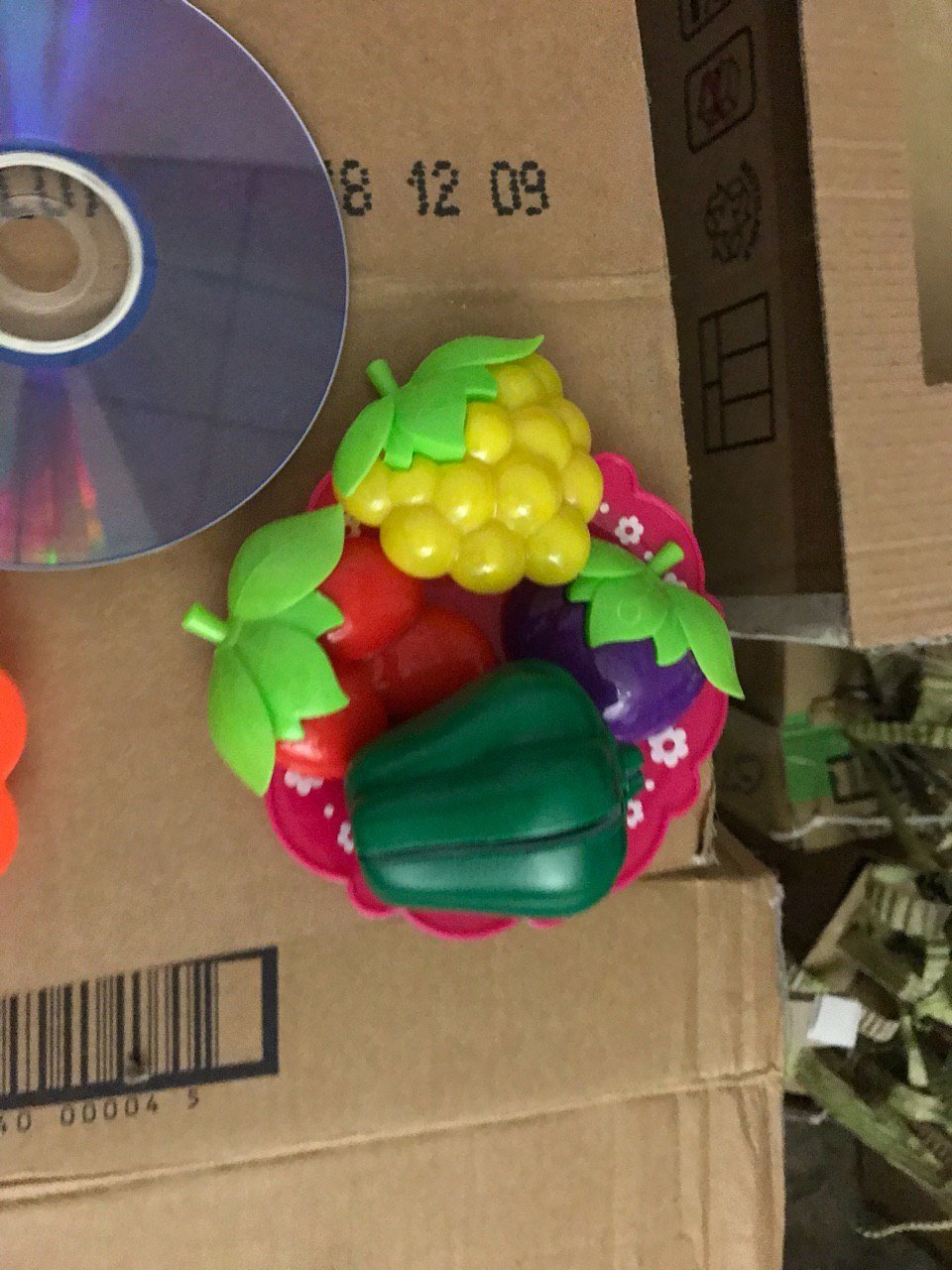 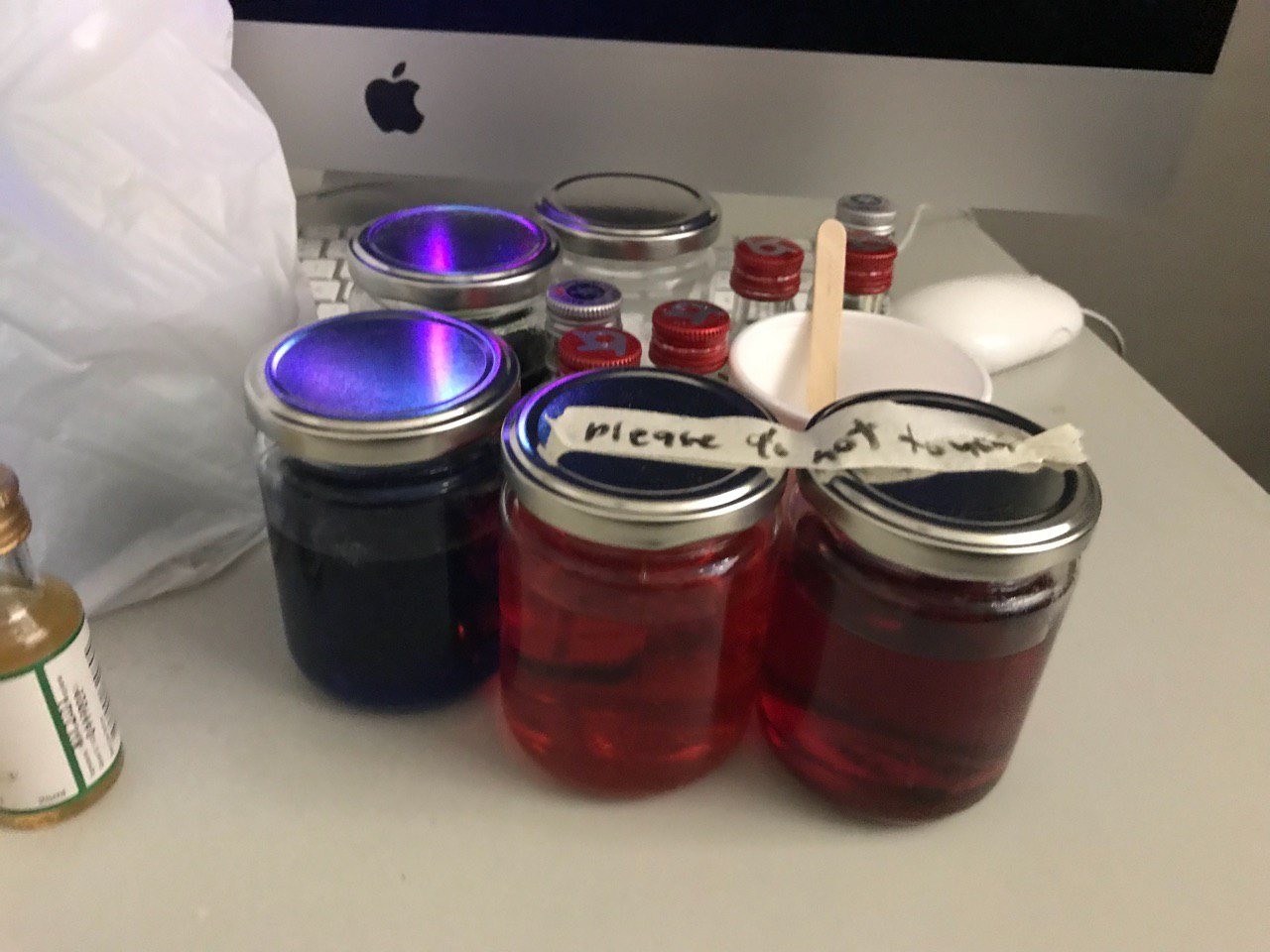 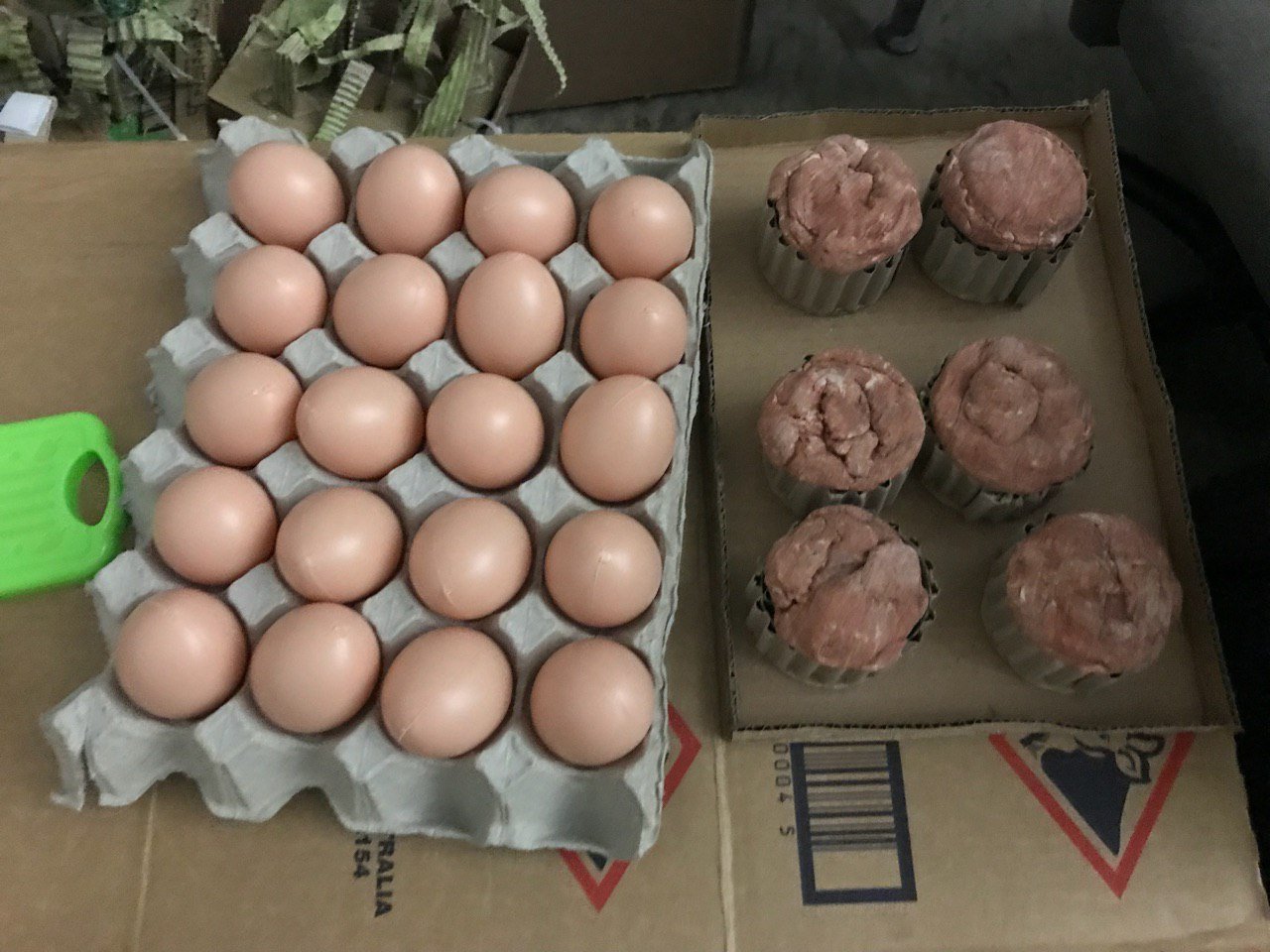 We also purchased some plastic cooking toys because what’s a dollhouse without cooking toys? We wanted participants to play with our structures like they were children playing in a big doll house, so we also had some toy pots and pans and some baking soda so that they could mix it with the coloured vinegar to create chemical reactions and pretend that they were cooking! 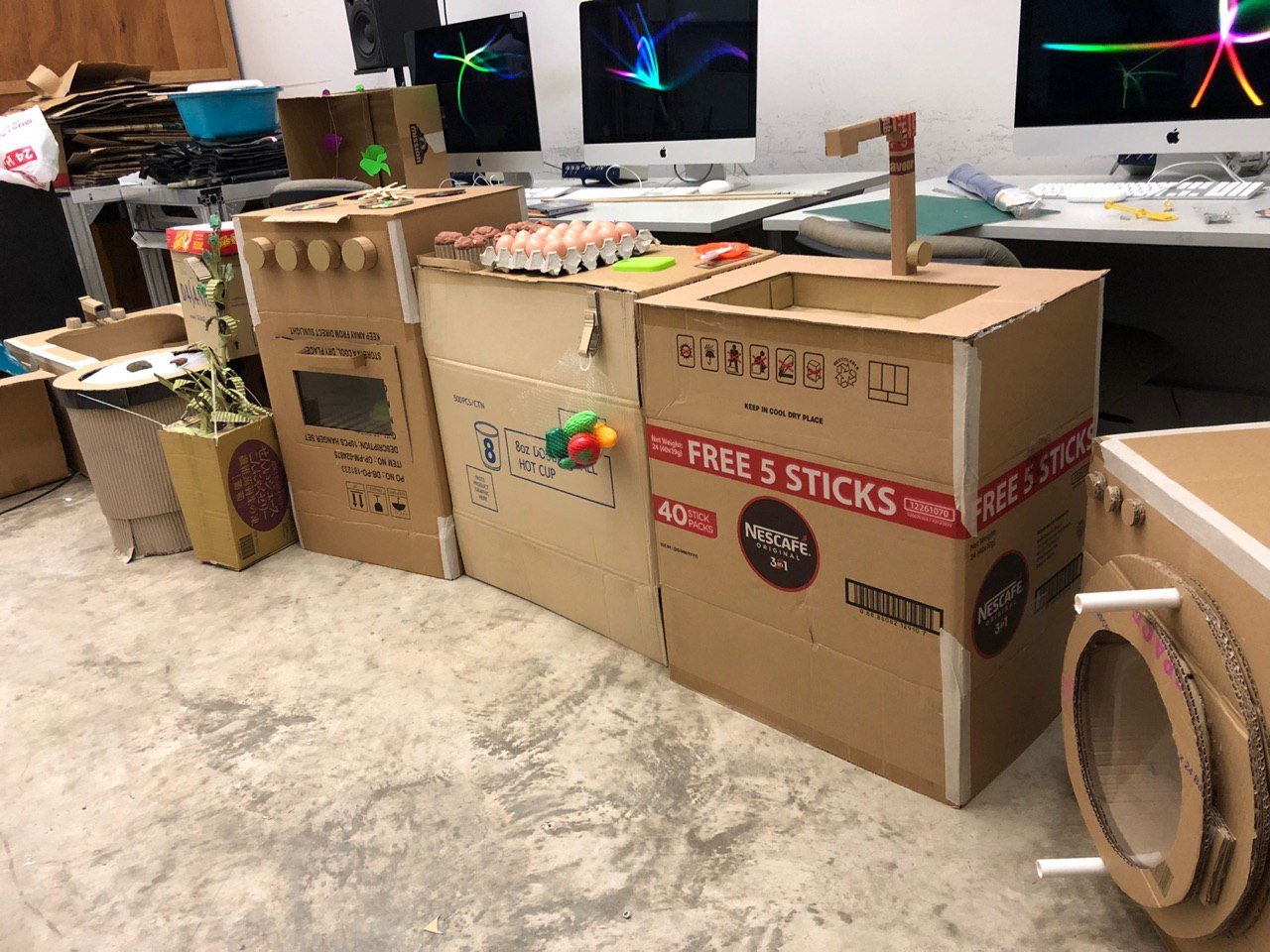 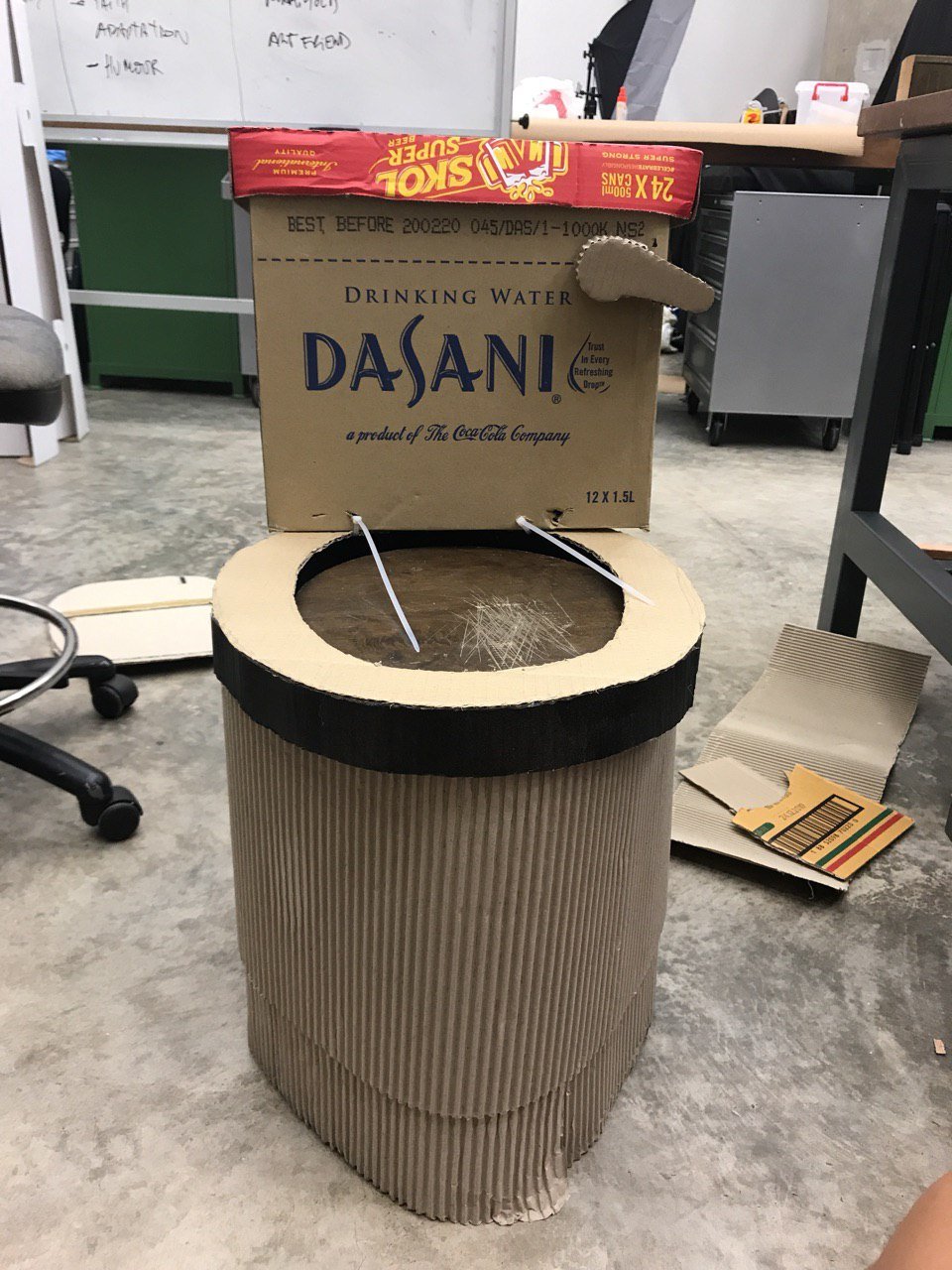 Toilet bowl made using a wooden stool as a base that participants could sit on. We later added a flippable lid to the toilet bowl and created fake “poop” scented with plant fertiliser which was placed under the lid on the stool! 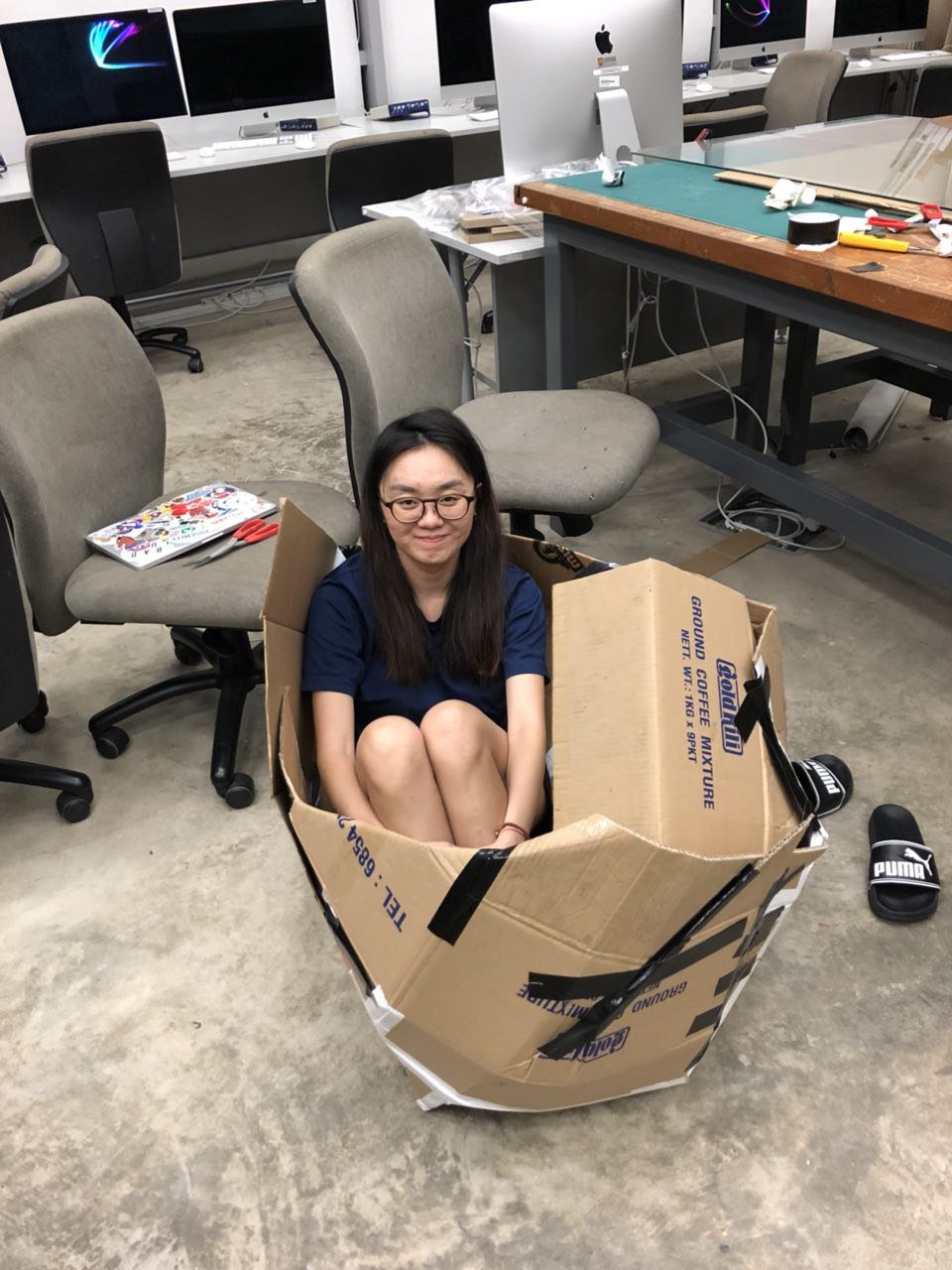 We attempted to make a round bathtub by bending and shaping different pieces of cardboard and taping them together, however it turned out to be really flimsy so we switched to a rectangular structure instead and added a turnable knob! 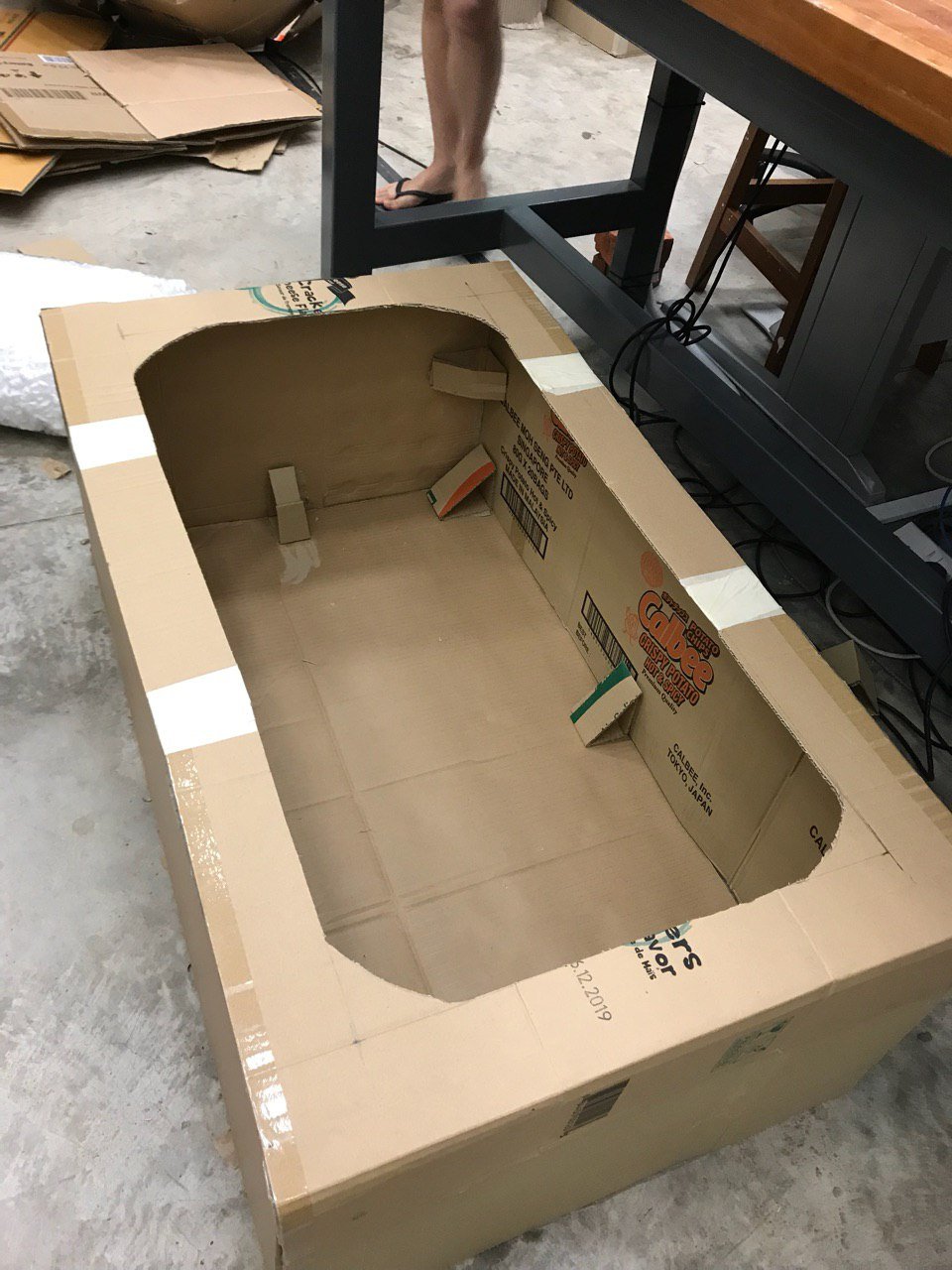 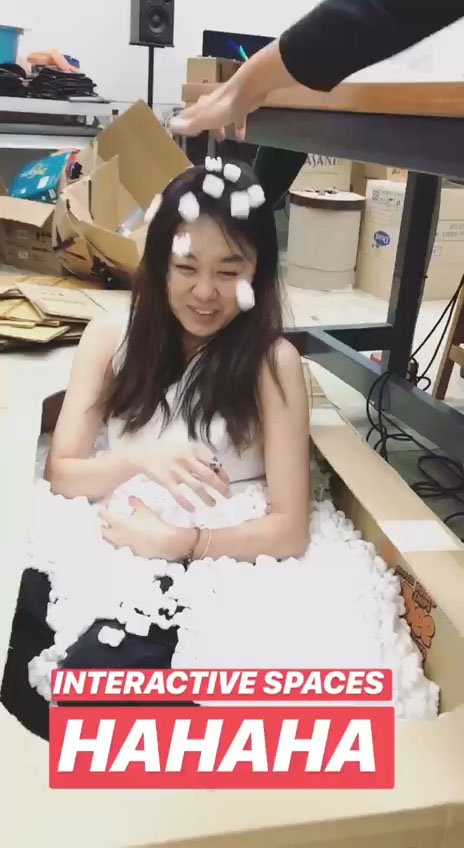 The tub was filled with foam packing peanuts so that participants could jump inside for tactile sensory play! 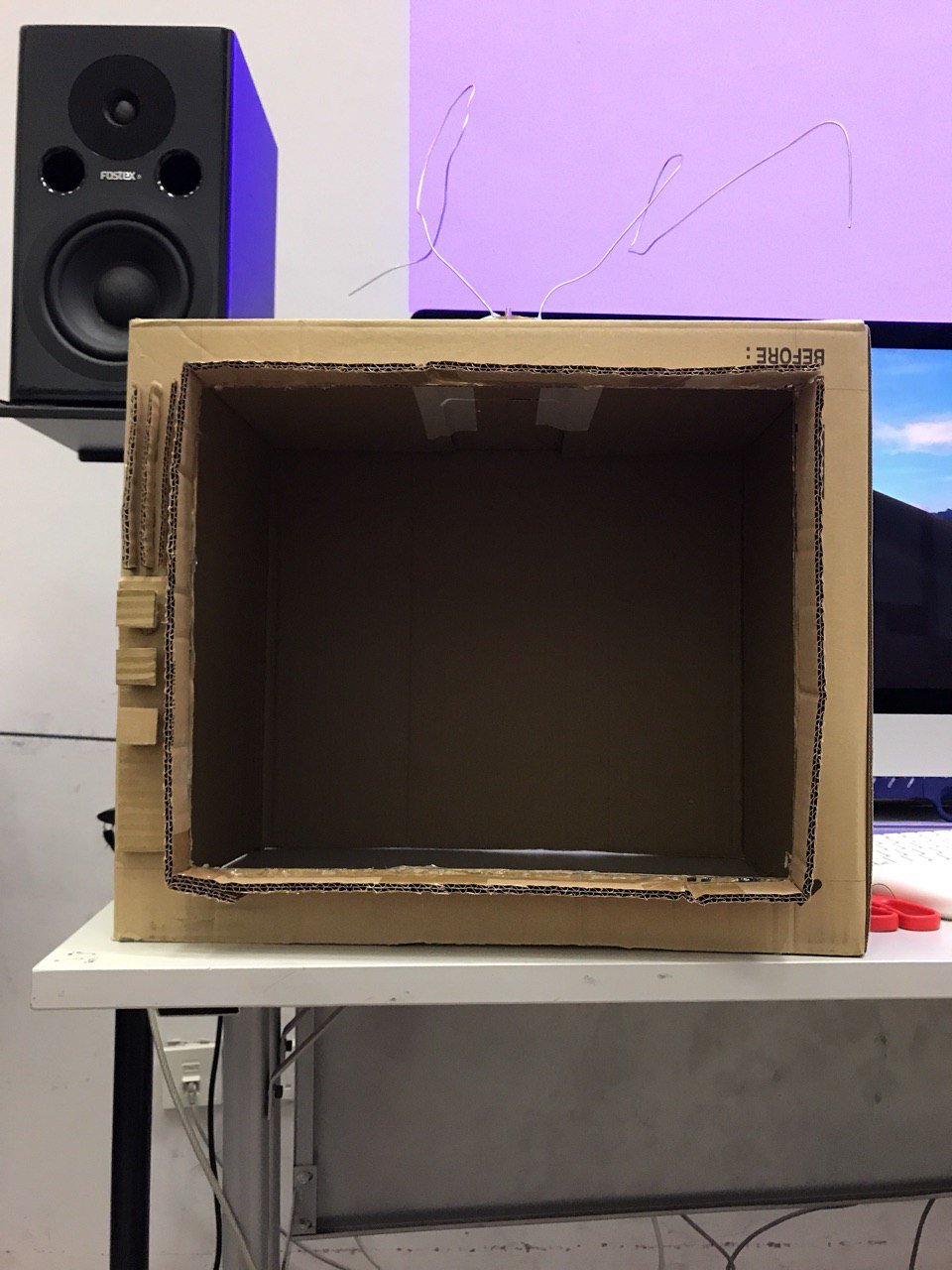 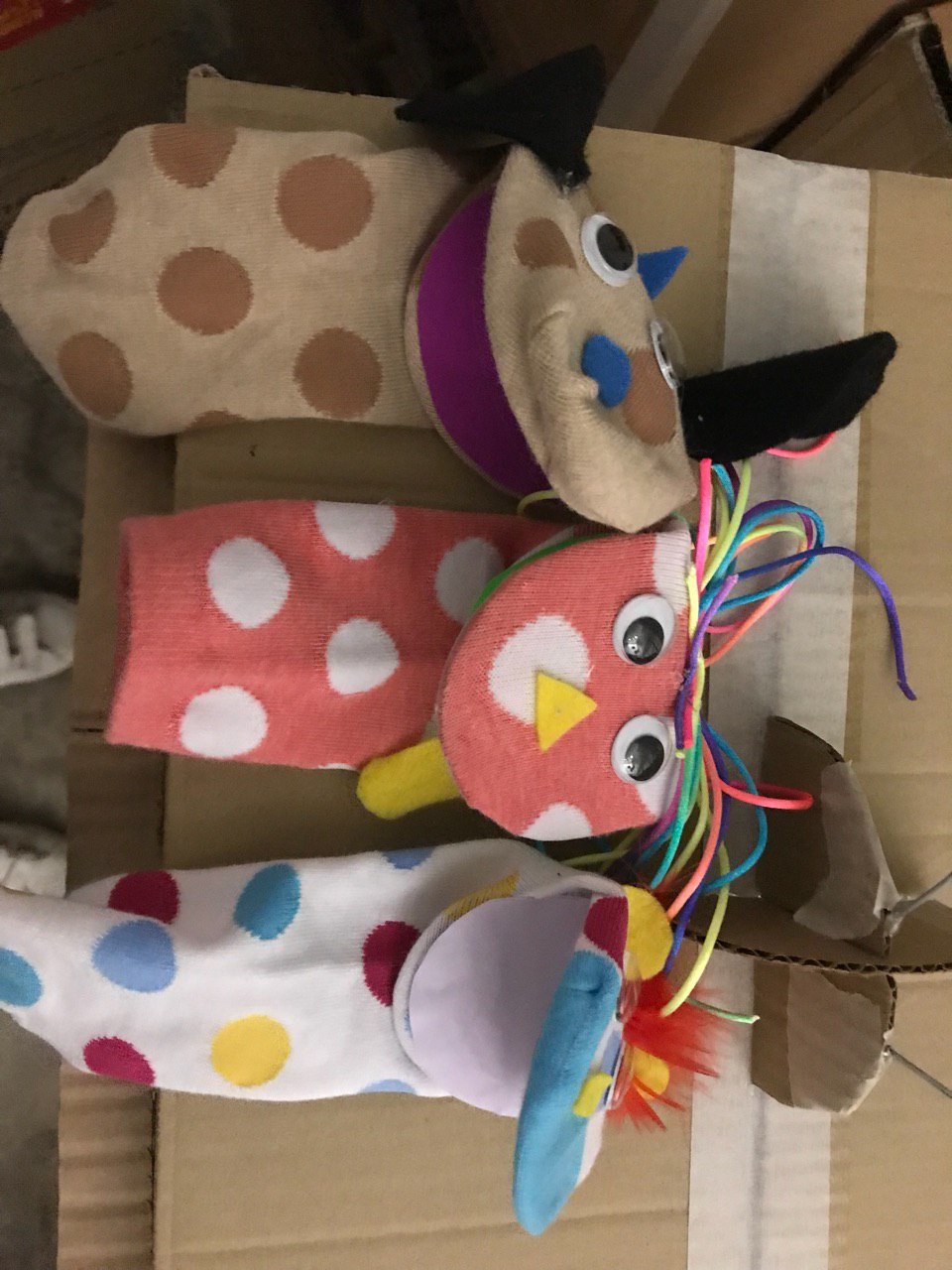 We created a cardboard television with a hollow base, as well as some sock puppets, so that participants could put on their own puppet shows and watch them through the TV! We wanted to encourage them to be participative in our installation and to use the creativity and imagination that everyone has as a young child. 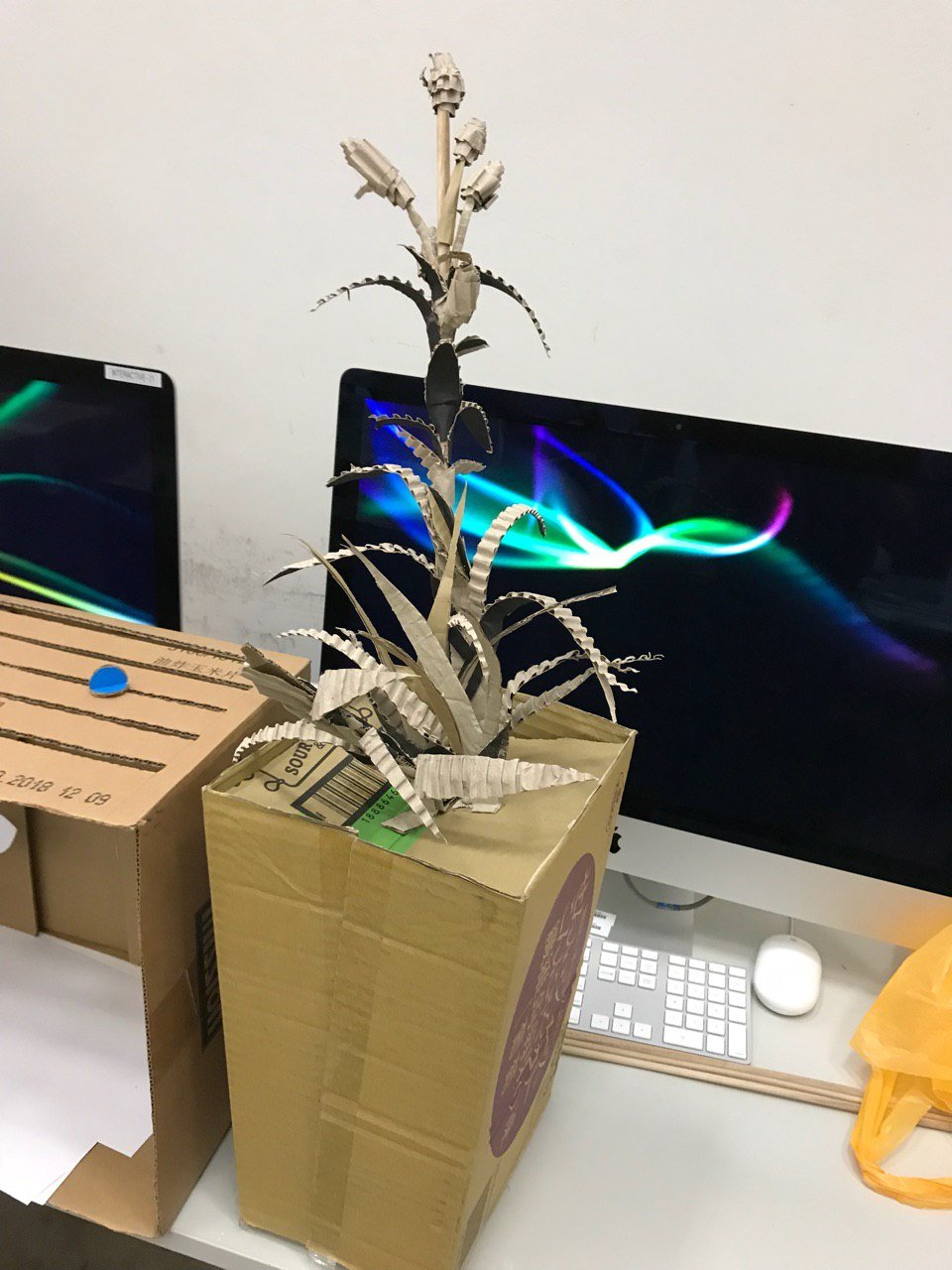 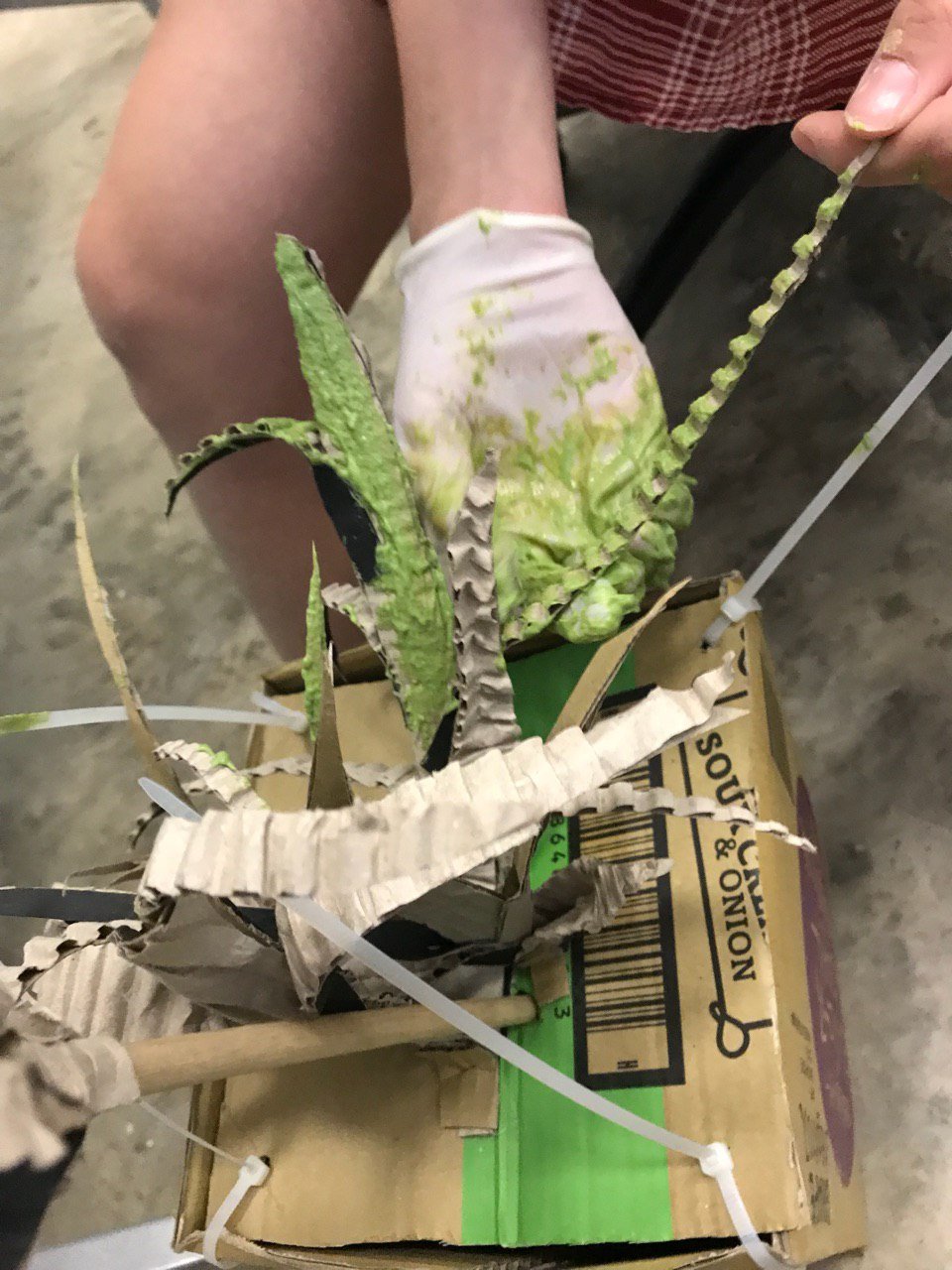 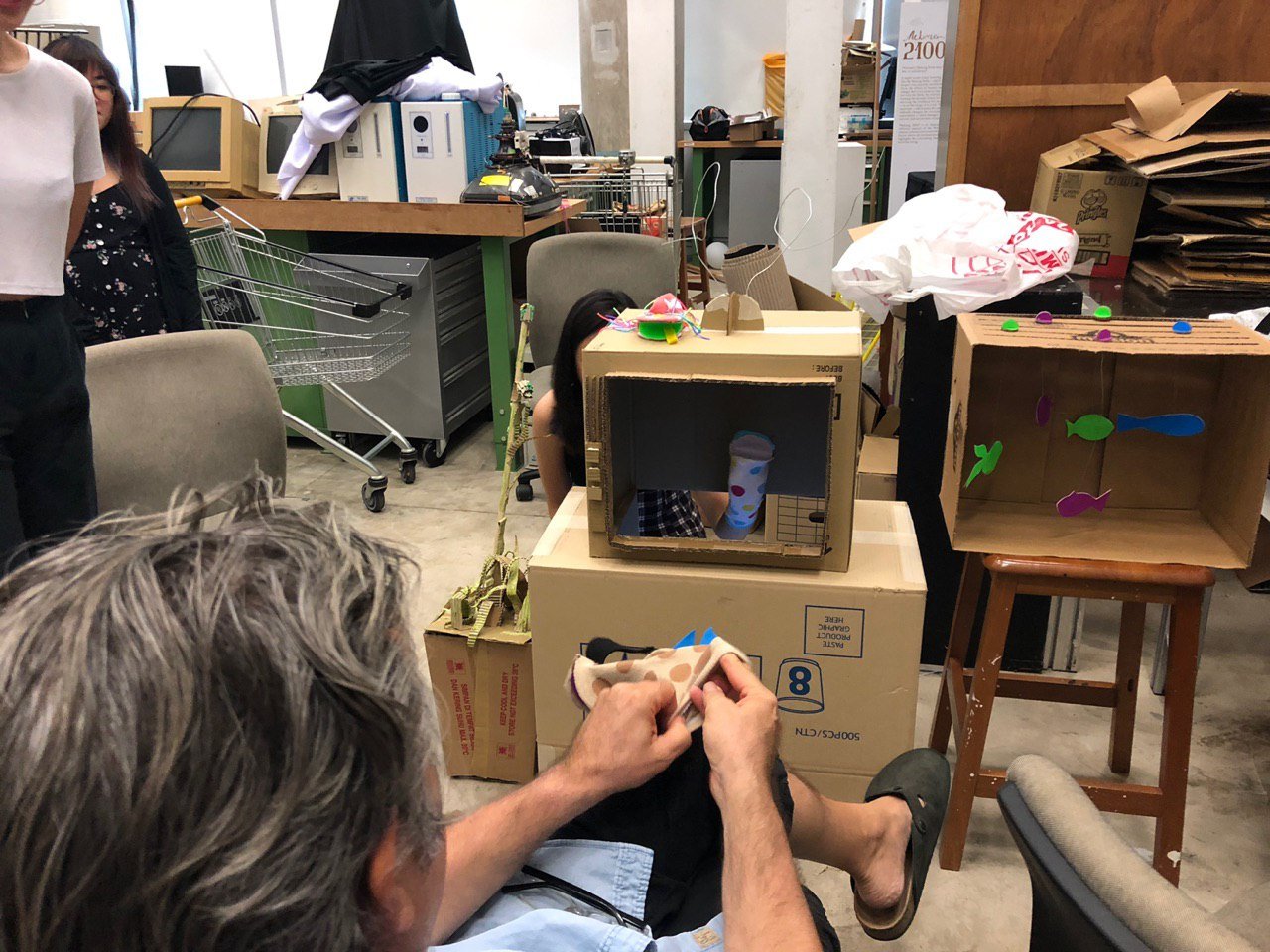 There is also a fish tank which can be seen on the right side of the above photo, which has colour-coded fishes and sliders that participants can move around to make it appear like the fish are “swimming” in the tank.

The analog project was really fun to do! Before doing this project we really didn’t realise how much we as interactive media artists rely purely on digital components to create interactivity in our works. The analog project really forces us to think about what really makes a work interactive. It’s not just about throwing on as many lights and cameras and sensors as we can, it’s about thinking how participants/audience will react to the pieces and the kind of reaction it evokes in them that’s more important.

Apart from that, looking back the analog project was really helpful to our digital project because it creates a basis from which we can build our digital components around. By reusing the same components from our analog project in our digital project, we were able to use the digital aspect as an enhancement to our analog pieces which were already interactive. The analog and digital components complement one another rather than relying too much on just one aspect, which is something that we as artists and creators should keep in mind especially in this day and age where we tend to be so focused on new technologies that we forget that physical forms and objects have an important role to play as well.