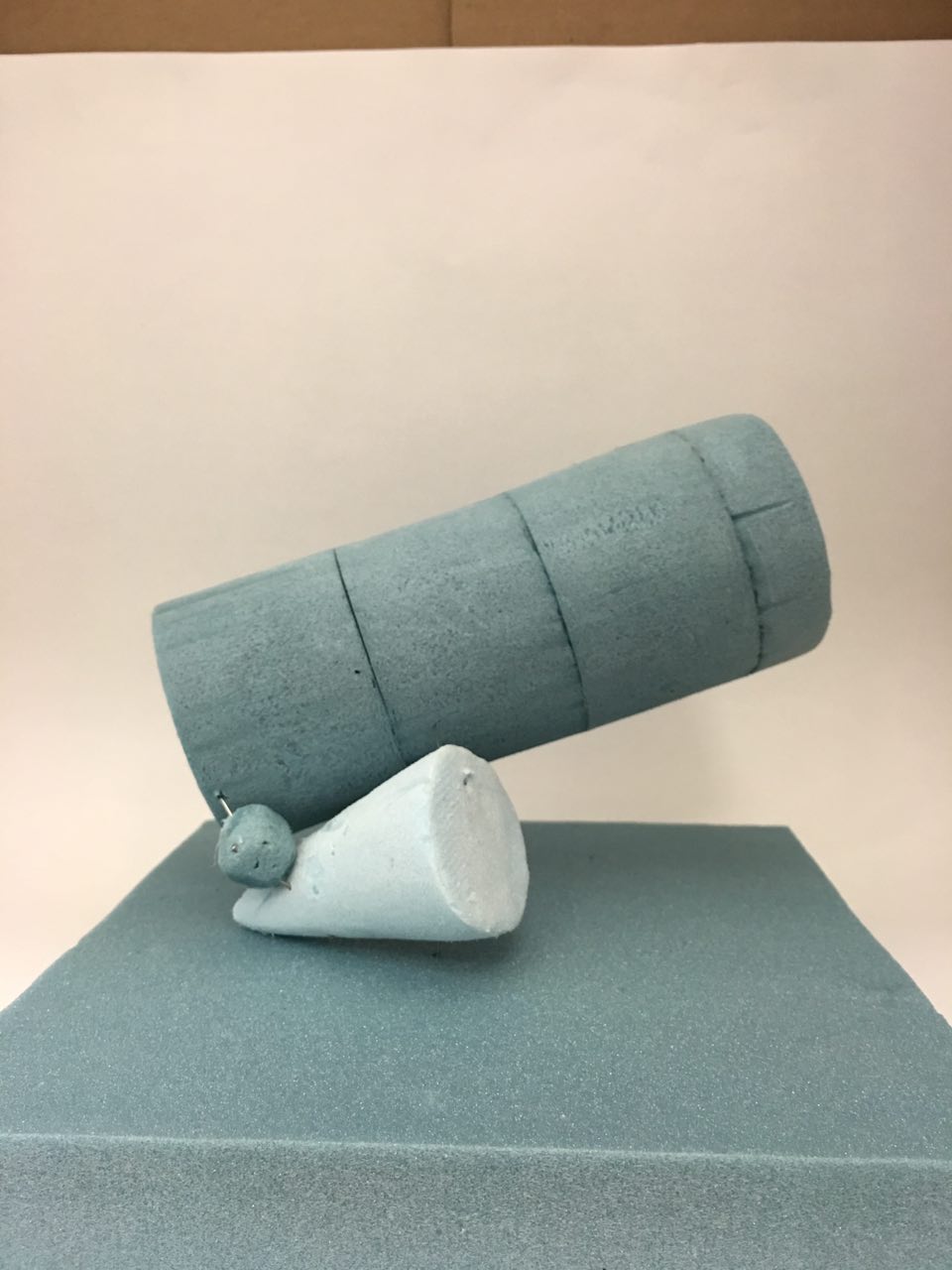 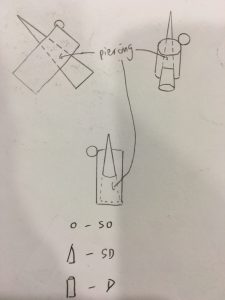 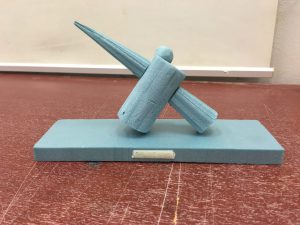 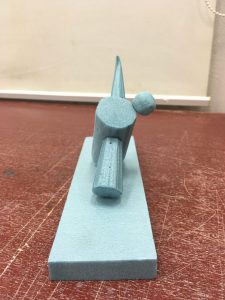 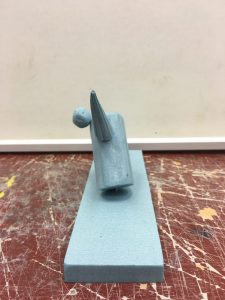 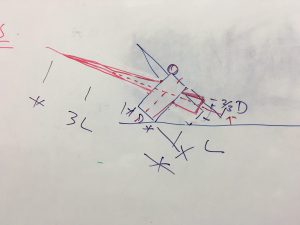 For this model, I was eager to try piercing as previously we had only worked with rectangular volumes which are not as dynamic and complex. However one major flaw of this model was that the D and SD were not easily differentiable as they appeared to be of about the same mass. Ms Cheryl suggested that to make it more apparent which is the SD and D, I should make the cone the D instead and make it 3 times as long as the diameter of the cylinder as seen in the last photo. She also suggested that I allow the cone to “float” by decreasing the angle between the cone and the base.

One other mistake I had made was that to pierce the cone, I did not remove a section of the middle of the cone but instead just cut it in half and pinned the 2 ends to the cylinder to mimic piercing. I had not thought about how in actual piercing, a part of the cone would be concealed inside the cylinder! This is something to remember for future projects because had I remembered to remove the middle part of the cone, it would have been shorter and perhaps the SD and D would be more apparent. 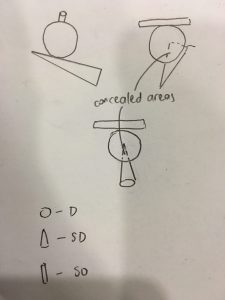 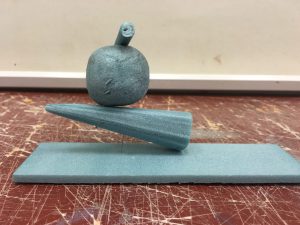 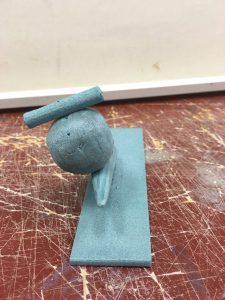 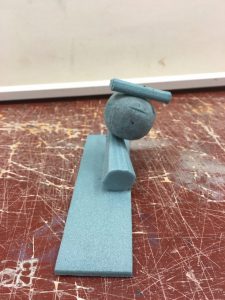 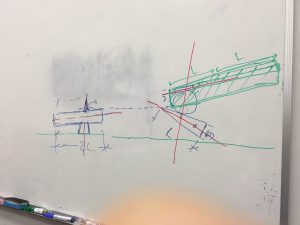 This was the model I chose to work on as my final model, but major changes were made to it such that it doesn’t really look like the same thing any more haha. In the final model the roles of D and SO were switched so in the final piece, the cylinder is the D and the sphere was majorly decreased in size so that it was barely even visible between the cylinder and sphere.

I was not keen on this model at first and did not attempt any piercing or wedging. However, Ms Cheryl showed an interest in this model and I found the arrangement of the pieces to be interesting hence I decided to work on it for the final piece (seen below). 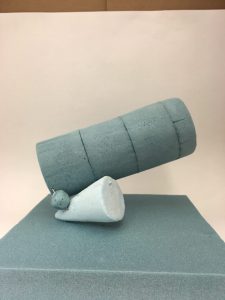 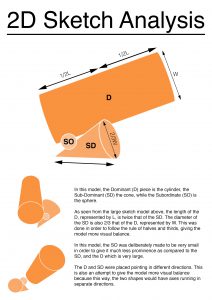 As you can see, it looks nothing like the above figures. It really goes to show how much difference just a few small changes on paper can make to the model. (: