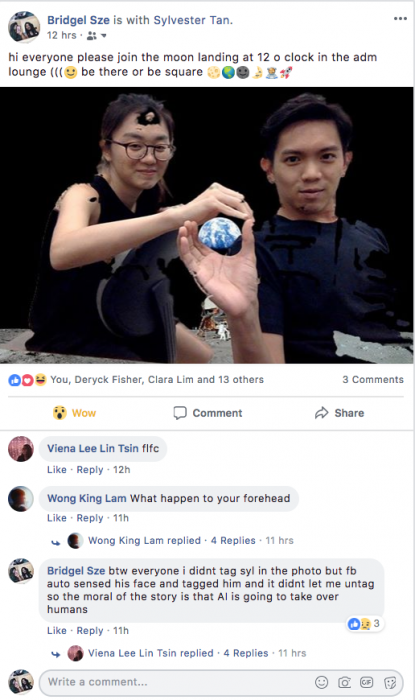 Ok so like I severely underestimated the amount of time the live video lasted for LOL but I feel that I captured a lot of good stuff so is ok (——-:

I used the share screen option on FB Live to link the live screen to my Mac Photobooth where I used to background function to create a fake moon backdrop. I was inspired by the famous live broadcasted moon landing of Apollo 11 in 1969, which is considered to be the most phenomenal live broadcasted event of human history and was tuned in by 53 million households at the time of broadcast.

My reason for using a backdrop of the moon is that I wanted to contrast how live broadcast is treated today and in the past. Back during the times of Apollo 11, live broadcasted events were a huge and rare thing and were only for extremely significant historical events like the aforementioned moon landing. In my live broadcast I just randomly placed the computer in the lounge and school and people just went up to the screen randomly and interacted with it, not caring that they were being publicly broadcasted live. Some of them were people I didn’t even know and just happen to be passing by (like Ben Slater HAHA), and they had no qualms about just going up to the screen to see themselves on the moon. 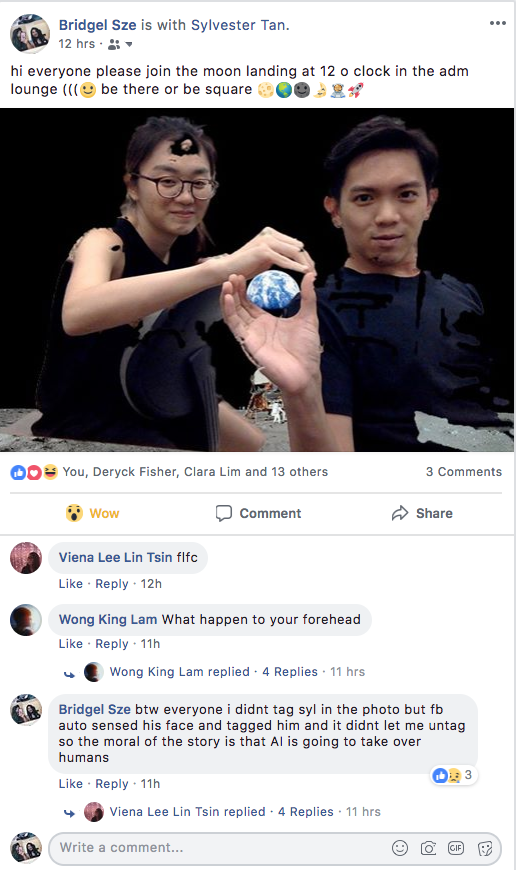 I also did a advance post to tell my friends that I was doing a live broadcast and none of them even talked about it and they just used it to roast me and the hole in the head on the photo but some people did take heed of the post and came at the stated timing to join the live stream (thanks Shaf ((((:)