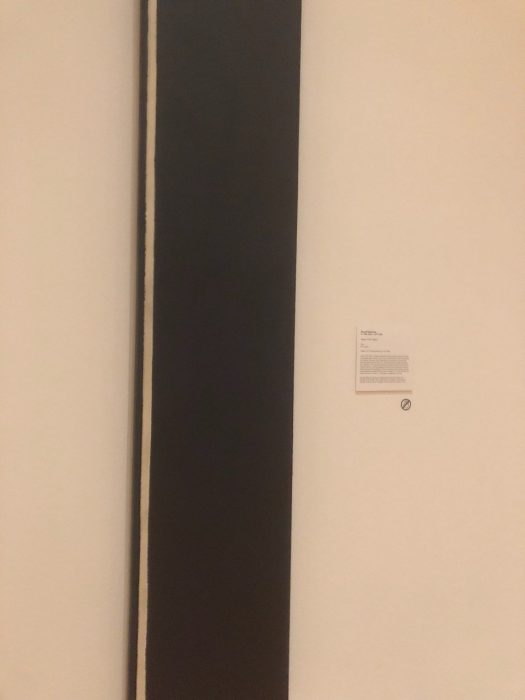 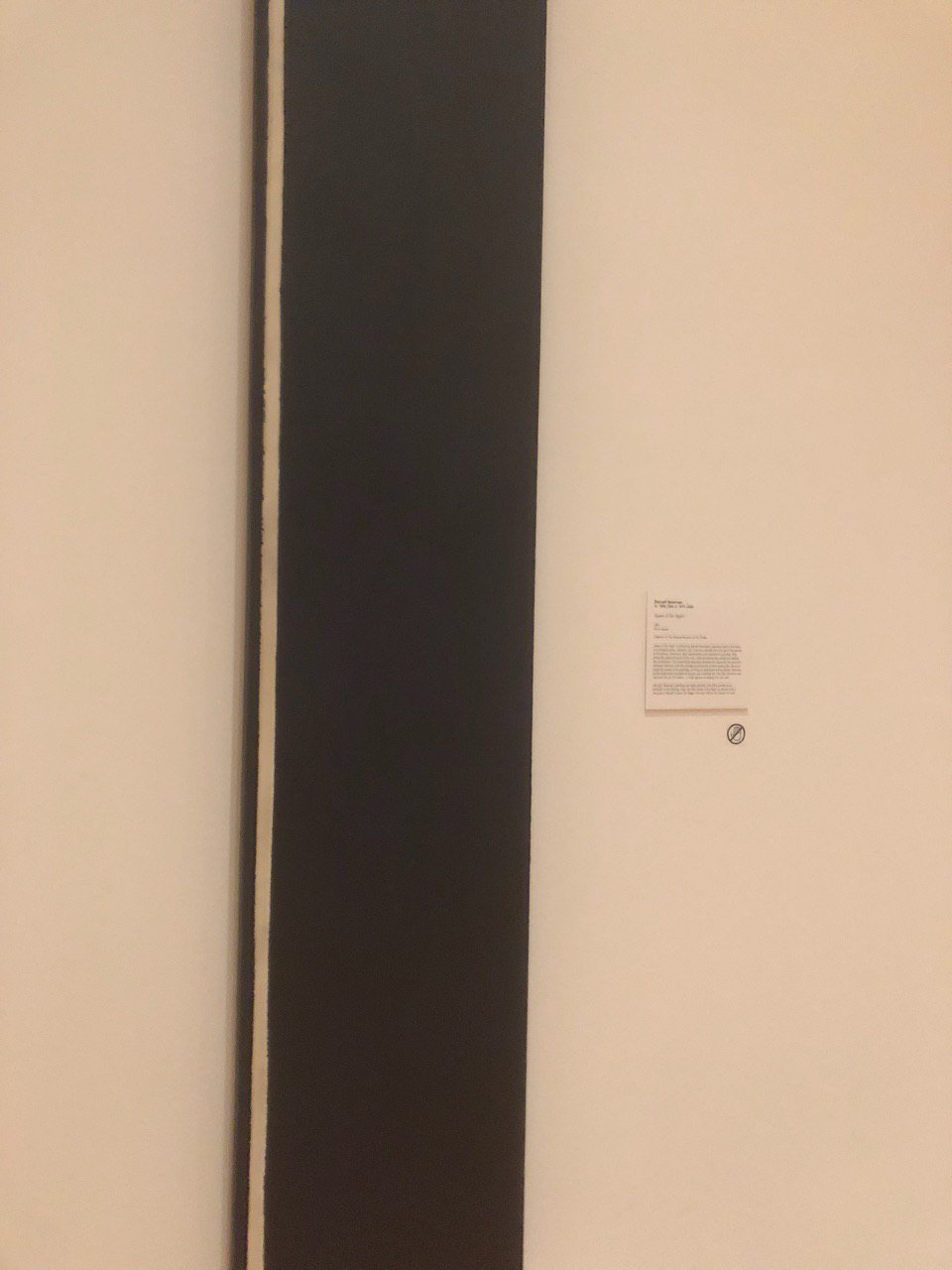 Barnett Newman, Queen of the Night I, 1961, Oil on canvas 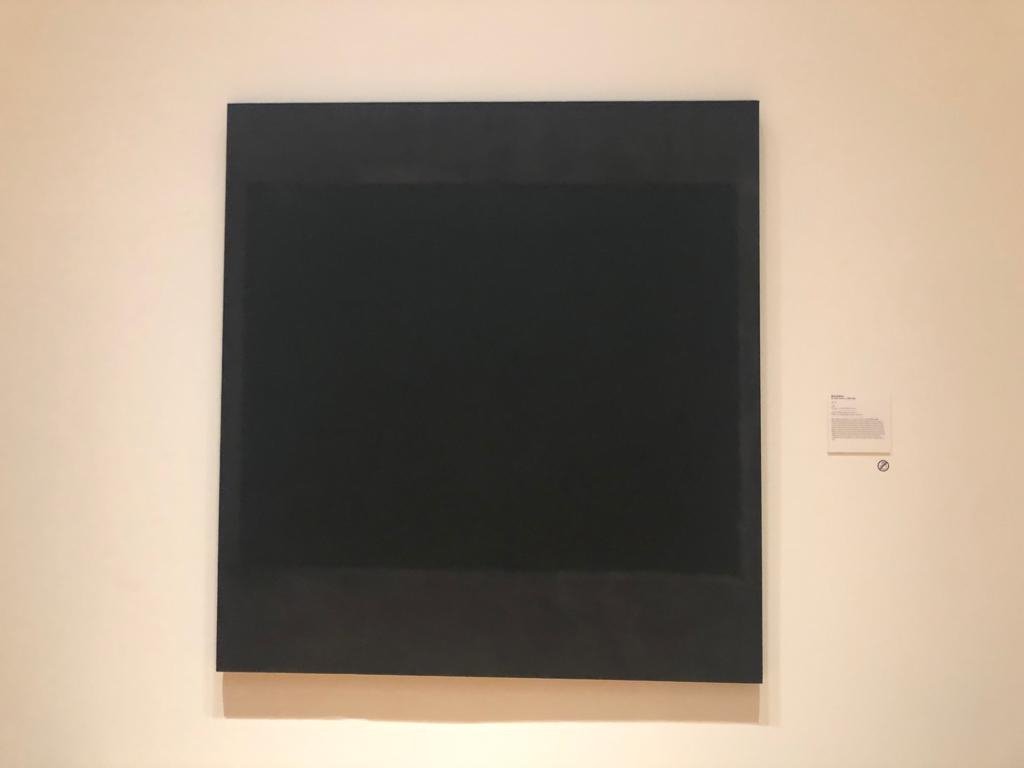 I decided to research on Barnett Newman and Mark Rothko and Abstract Expressionism, after seeing the artworks above near the entrance of the exhibition. To me, Newman and Rothko are artists whom I consider synonymous to minimalism, hence I thought it was fitting that theirs was the first few works to be seen in the exhibition. I always assumed that artworks by artists like Newman or Mark Rothko were considered minimalist due to the simple compositions and lack of fine detail, but upon researching I found out that they actually fall under the category of abstract expressionism. For this review, I decided to do research to find out how abstract expressionism differs from minimalism, and how they are alike or influenced by each other. 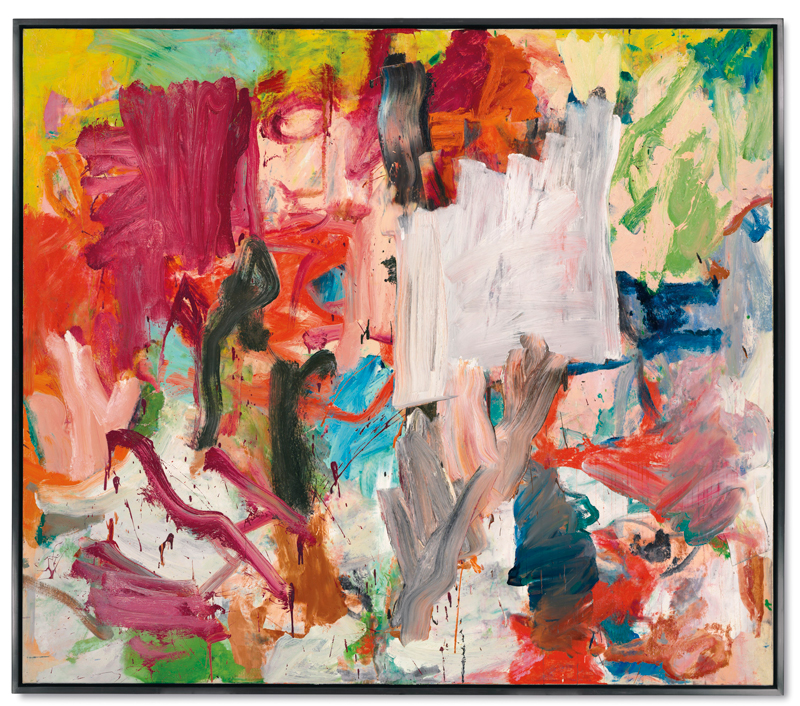 Abstract expressionism is a form of abstract art which was developed in the 1940s-50s, mainly in New York City. There are many prominent names associated with abstract expressionism that we will find familiar, such as Jackson Pollock and the aforementioned Rothko and Newman. Abstract expressionism stems from the surrealist movement with its aim being to create artworks that were abstract yet also conveying a great deal of expression and emotion. With this description, I find it fitting that one’s mind would conjure images of Pollock’s canvases of chaos or de Kooning’s vibrant, haphazard brush strokes. These are artists whose works convey strong emotion, not only through the painting itself but also through the artists’ process of painting the canvas. Looking at a Pollock piece it is easy to imagine the artist putting in dynamic and emotive movements into these brush strokes, literally painting his emotions into the canvas. Hence, it seems baffling to me that the works of artists like Newman and Rothko could even fall under this same category. Unlike the previous works mentioned, the works of Newman and Rothko consist of clean, straight lines and a minimal number of colours, hence it is hard see the similarities. So it seems like even under the umbrella of abstract expressionism, This is because abstract expressionism as a movement does not merely encompass one type of art. Under it, it encompasses two broad groupings:

This group consists of artists like Pollock and de Kooning, whose painting process consisted of gestural brush strokes, and dripping or splashing paint rather than carefully applying it onto the canvas. The artists painted in a state of spontaneity and improvisation, such as Pollock who was famous for placing his canvases on the ground and dripping paint on it from a can or stick.

Despite these blatant differences, I believe that at their core, both groups of painters had similar visions and intentions in their artistic practice. In Newman’s essay “The Sublime is Now” he suggested that art should be stripped down to only the essentials but that it still deal with “absolute emotion”. Colour field painters took this idea to a new level by concentrating fully on colour as their medium rather than the physical brush stroke itself. Both groups of painters do not attempt to represent physical reality, instead using shapes, colours, forms and gestural marks to achieve its effect (abstract) and seeks to articulate the inner feelings of the artist rather than the object of the art (expressionism).

Which then begs the question: what are these works by Rothko and Newman doing in a Minimalism exhibit? Upon doing the above research, I was quite sceptical about this because I do think there is a tendency for people to label something as “minimalist” merely because it looks simple and lacks embellishment. While colour field paintings are undoubtedly simple in their composition, that does not define them as minimalist art pieces. Minimalism means more than just simplicity. As artist Frank Stella states, “What you see is what you see”, meaning that minimalist art is about representing the art for what it is and not being an imitation of something else. Minimalism is not about black and white, empty rooms or straight lines. It is about representing art in its truest, raw form and nothing else.

To sum off, I am in no way implying that the minimalism exhibition was a flop! In fact I was delighted to see such an exhibit in Singapore that was so widely publicised because I do feel that artworks like what we have seen in the exhibition are something that Singaporeans sorely need to be exposed to. The artworks I have critiqued merely make up a small fraction of the exhibition and there are many impressive works in there that are worth making the trip down to see. I just think that as artist, curators and art viewers, we do have a need to do extensive research into artworks that we are looking at, in order to present or view them in a way that respects the artist and does the artwork justice as to what the artist intended.