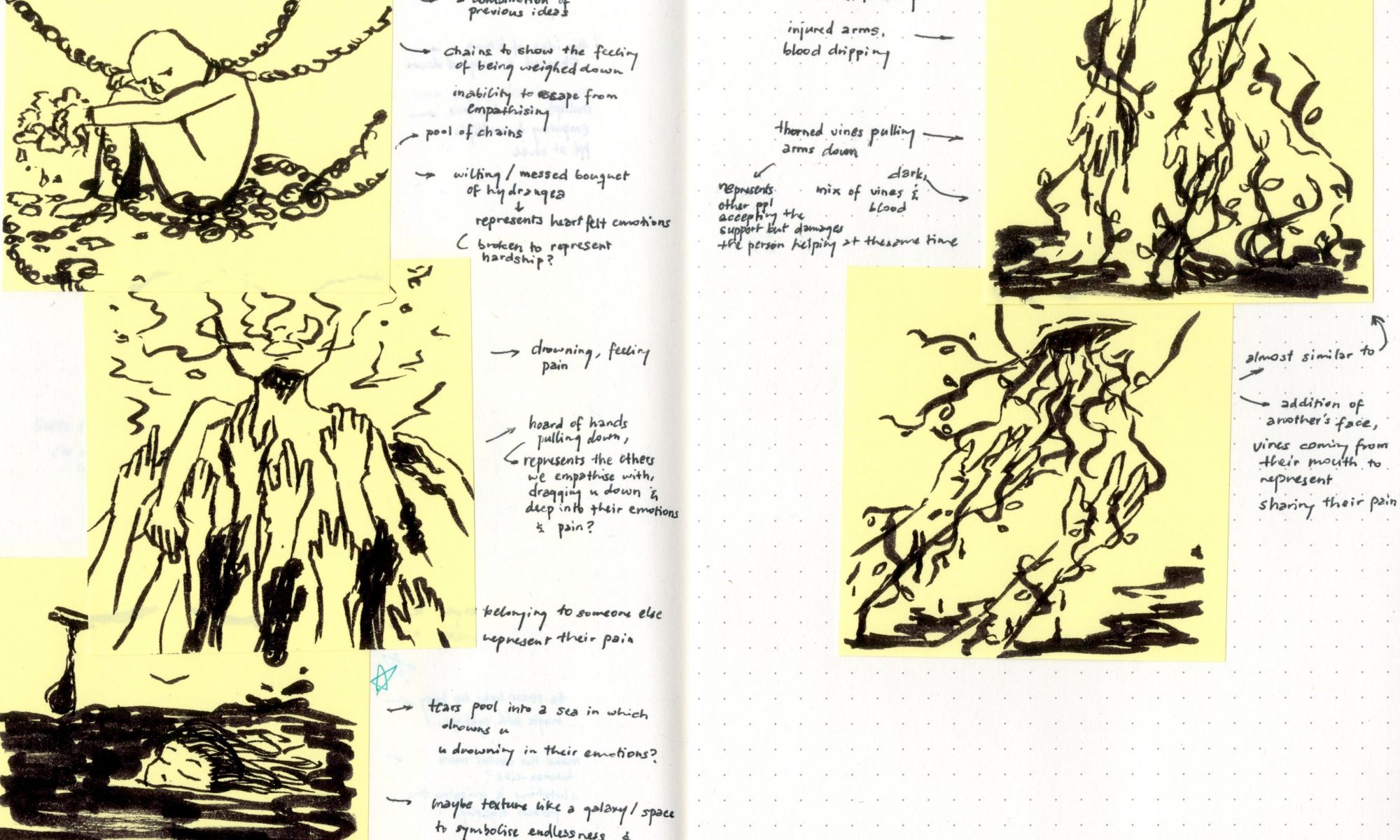 (disclaimer: a lot of these sketches are just me vomiting out what i have in my head so some are not as refined or well-thought, and i have no idea what they really mean lol)

1A  midst of thorns and vines

1B  going through thorns and vines 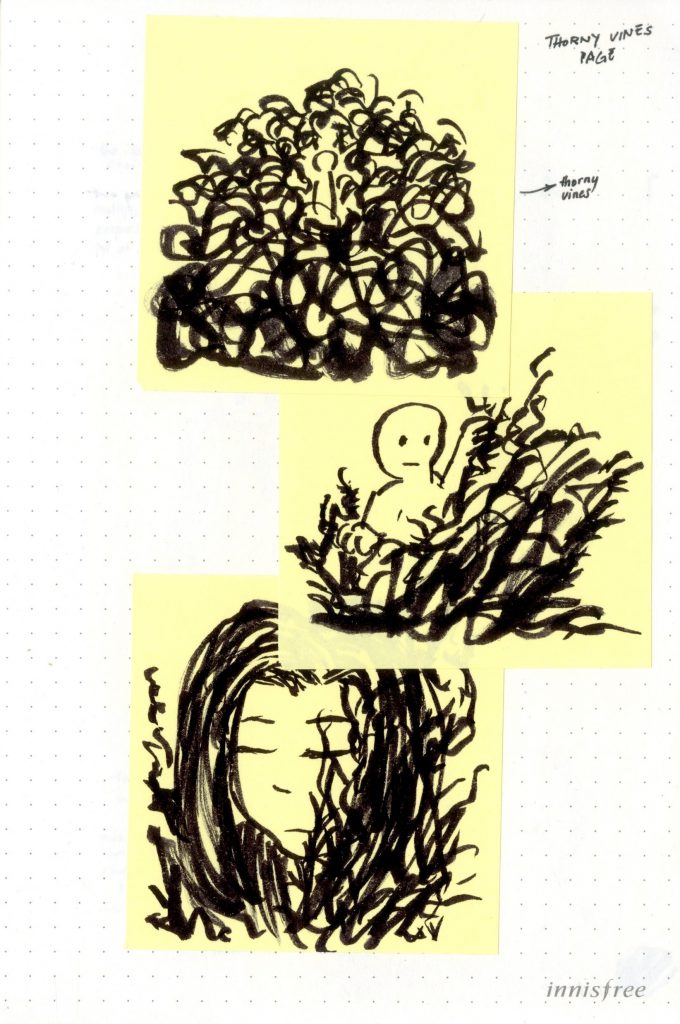 2A  similar to 1B, more straightforward with the addition of another person i.e. the person one is empathising with

2B  a cracked face to represent the positive front we put when empathising; sunflowers to symbolise happiness, some are slightly wilted to show crumbling resolve

2C  sunflowers in the front, a person in the middle, and thorns at the back 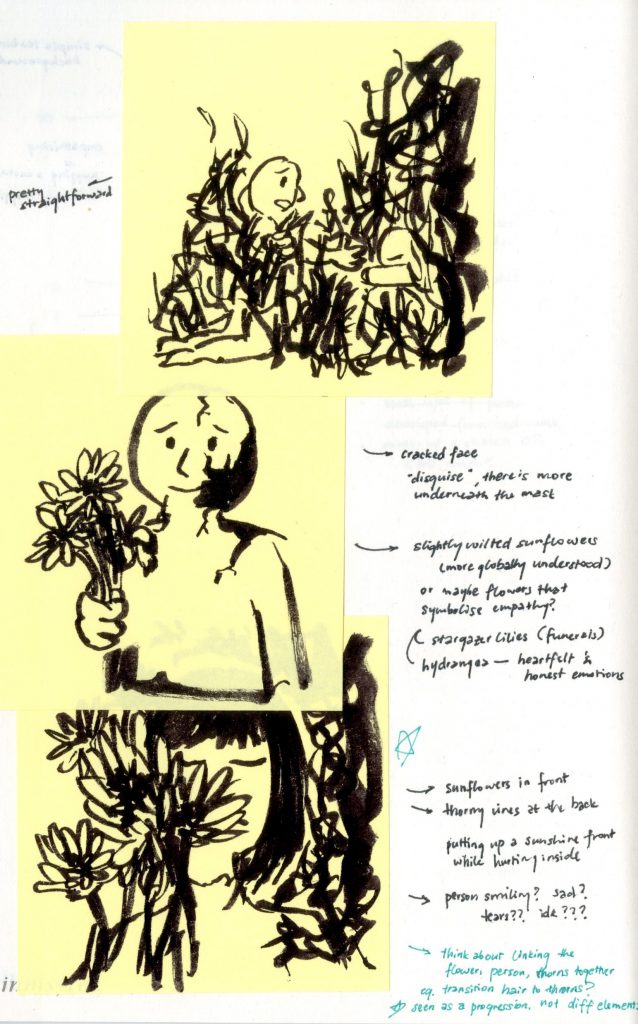 3A  sucking the energy (colours) out of you

3B & 3C  sucking the life out of you (quite literally put) 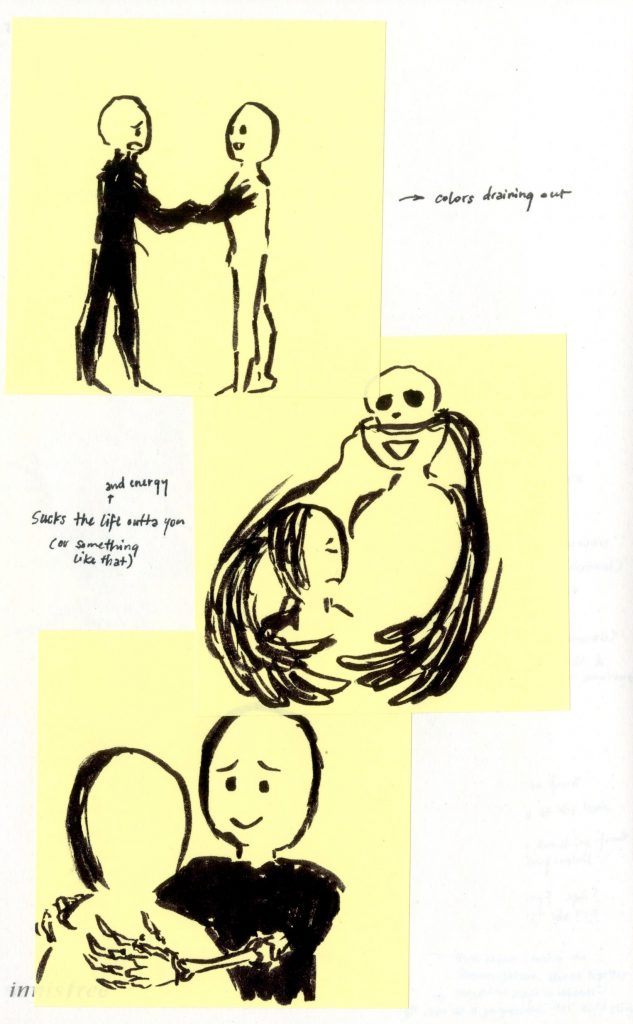 4A  chained down; multiple chains to show empathy to multiple people at once

4B  a more straightforward version of 4A; drowning 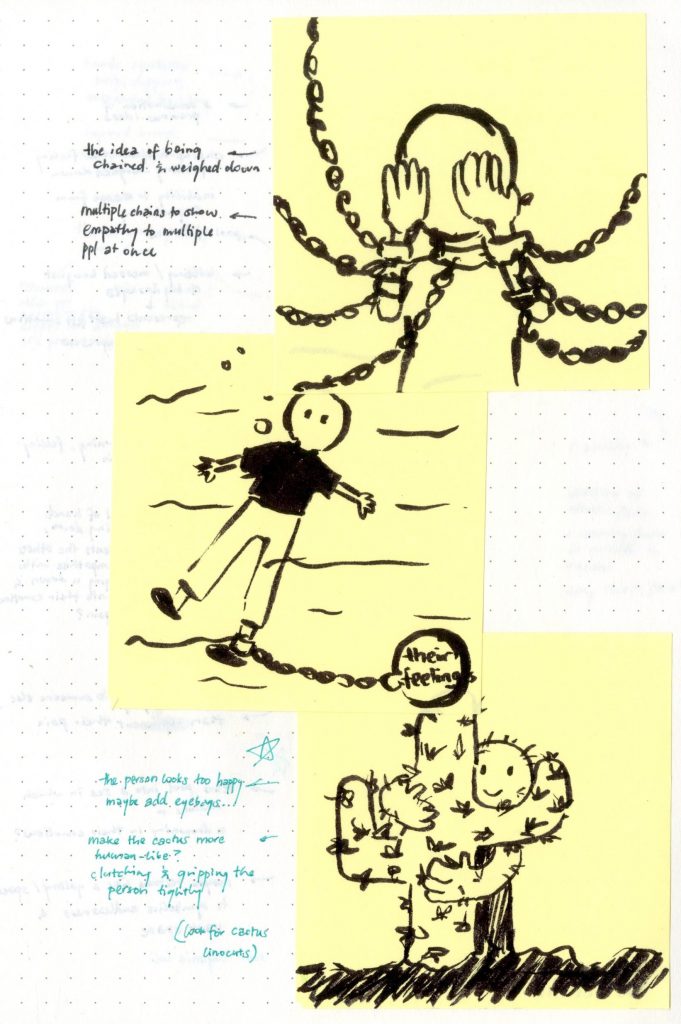 5A  combination of previous ideas; chained down; holding a wilting/messy bouquet of flowers

5B  dragged down and drowned by hands

5C  eyes crying out into a pool, where you are drowning in 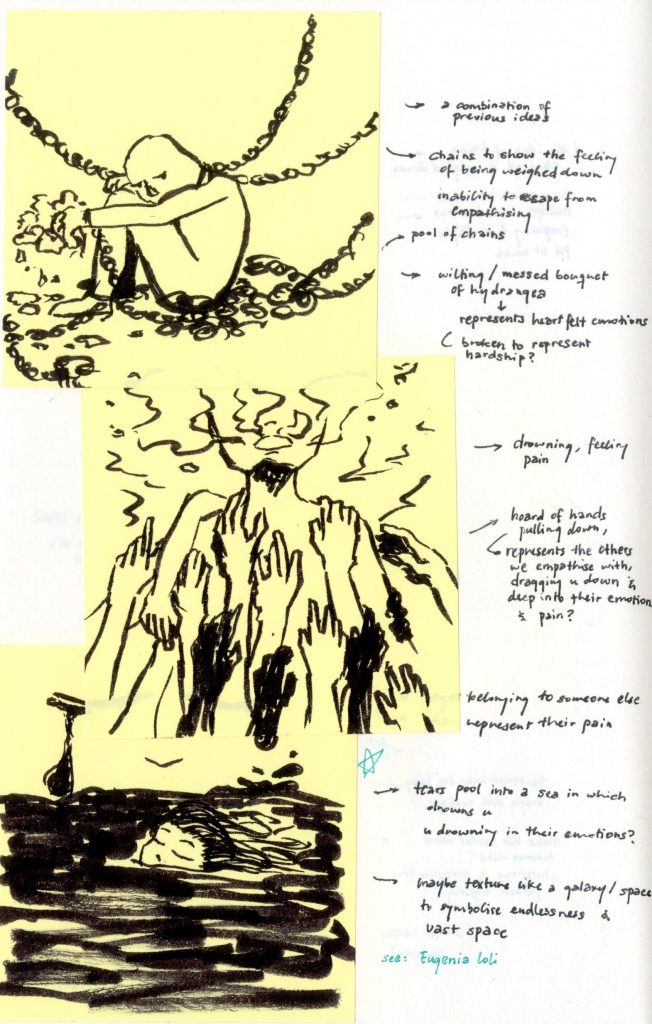 6A  hands reaching out as support; vines grasping at the arms and thorns cutting the skin

6B  hands reaching out as support; vines and thorns coming out from someone else’s mouth injuring the arms instead 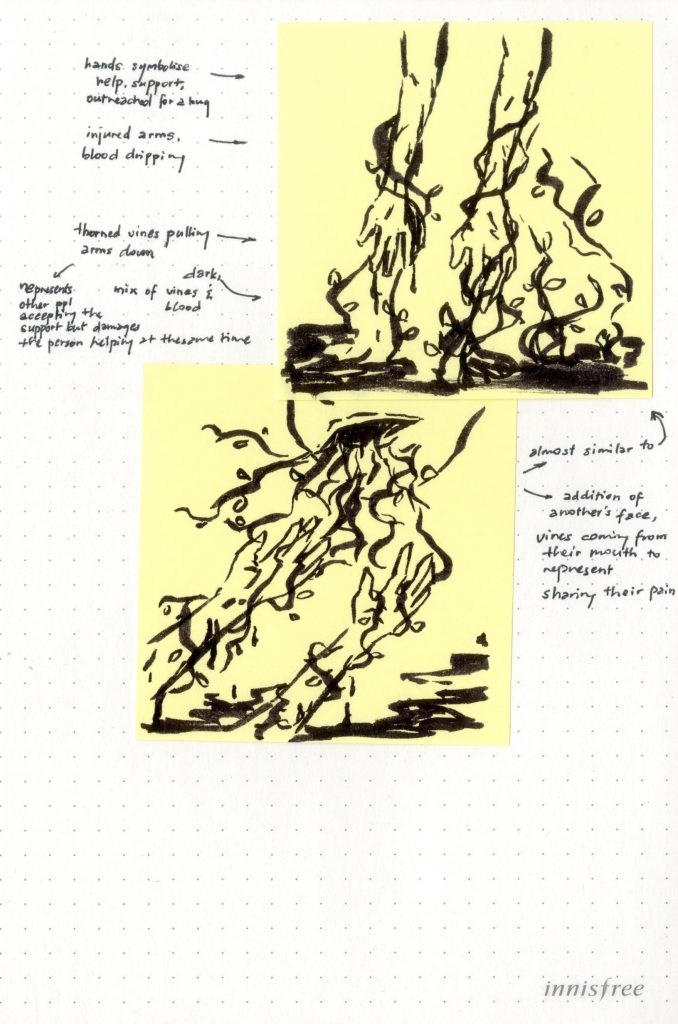