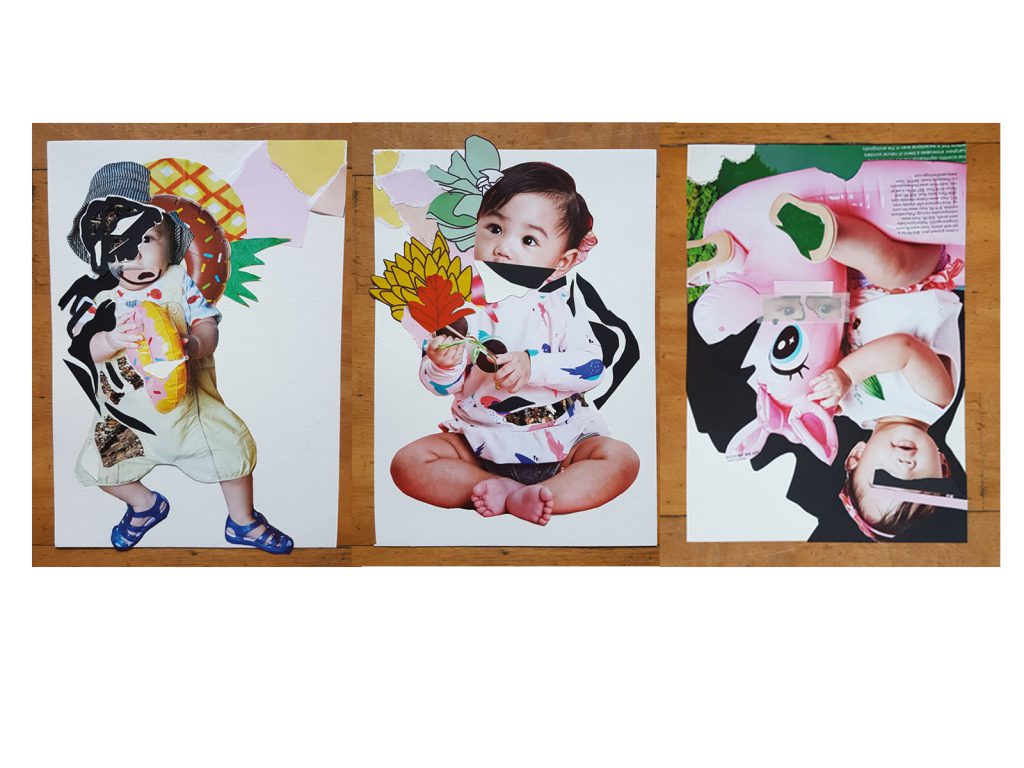 The strange world I created was one in which our society’s minority group becomes the majority. Hence, the minority group I chose was people with special needs, particularly children.

This whole idea was inspired by my experience teaching in a school with a significant number of special needs children and realizing how a cohesive learning environment is beneficial for both parties.  Each of the character embodied a certain area of concern that was more memorable for me during my teaching experience.

The first child is one with slight autism. His condition meant that he would have days that he doesn’t behave like other kids, and will often produce shrilling screams. His condition has caused others to view him in a different light and not see him as who he really is, hence covering up half of his face. It’s as though his true self is masked by his special need.

The second child was inspired by a student who could not converse in English. His inability wasn’t exactly a special need but it has lowered his learning abilitly tremendously. His lack of ability to communicate explains why the 2nd child’s mouth is covered by black paper. This is to show how the child is treated like  mute in our society.

The third child is intentionally placed upside down because it was inspired by my encounter with a kid with severe dyslexia. And since dyslexia results in incorrect writing of letters and having incompletely accessibility to our daily conversations. I flipped the character the other way to show how differently a child with dyslexia perceives the world.