After listening to the comments from everyone during mid-terms, I felt like there was a lot I could do to reiterate my original meaning. Here were some suggestions that were given.

Upon consideration, I wondered what other ways I could implement the idea of having the attention on the participant while in the toilet. A friend of mine suggested having the sound of applause when a certain action is done (e.g. the flushing of the toilet) and I thought that was pretty interesting, to have sound used to reflect interactions.

I then thought of: what if someone sat on the toilet, and then fast orchestral music started playing? Something like Flight of the Bumble Bee?

During week 8’s mid-term, I presented my idea of different emotions being evoked while being in the toilet. Before getting approval for the space (a handicap toilet on the 2nd level of ADM), I had wanted to do something that made somebody uncomfortable while they were in the toilet. However, given the limitations that I was only allowed to use the toilet for a few hours within the day itself, I was rather restricted with what I could set up, and I was also concerned about the level of hygiene if I had to make people interact with things within the toilet. I decided to make use of the walls instead, since they were probably more acceptable than using the toilet bowl itself, or the floor.

While thinking up of ideas, I thought about using images to create small windows to an “outside world” which might counter how a toilet is used, since most of the time they are meant to be a private space. I also wanted to look into how different imagery could make a person think differently, and evoke different emotions, resulting in various windows on every wall that depicted different scenes, something I’ve learnt from Yi Fu Tuan’s Space and Place, when he talks about direction. 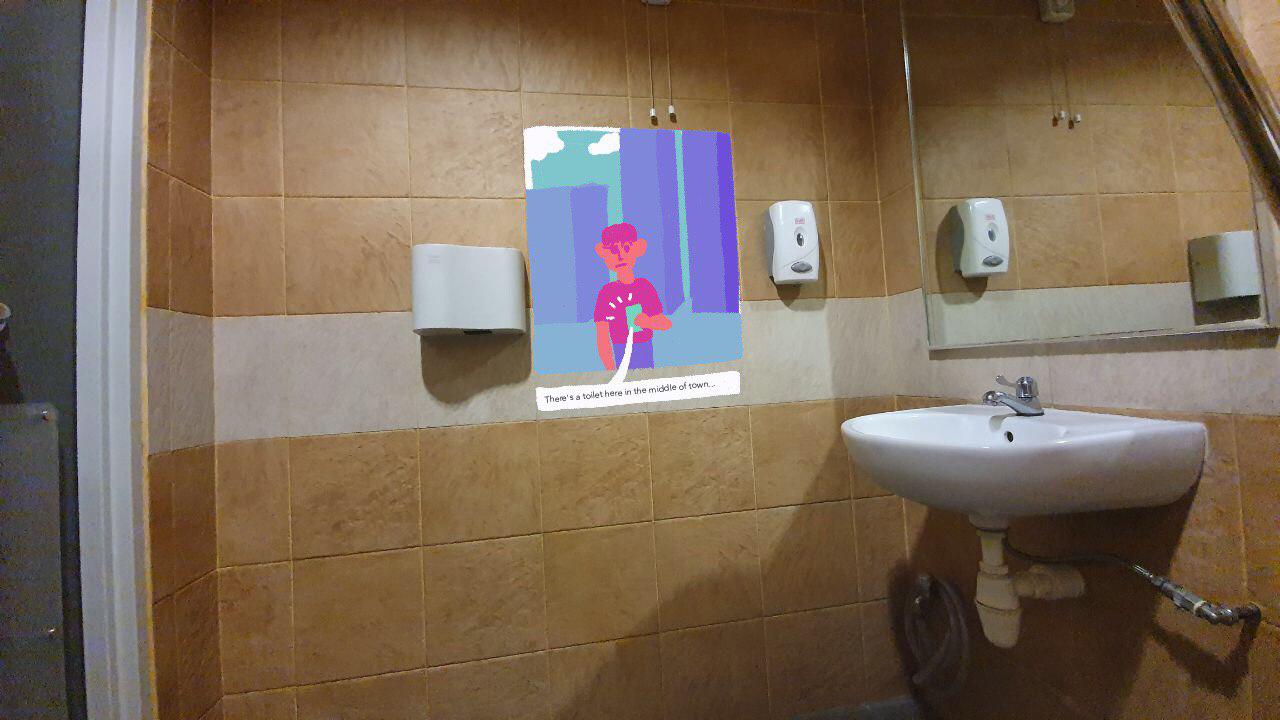 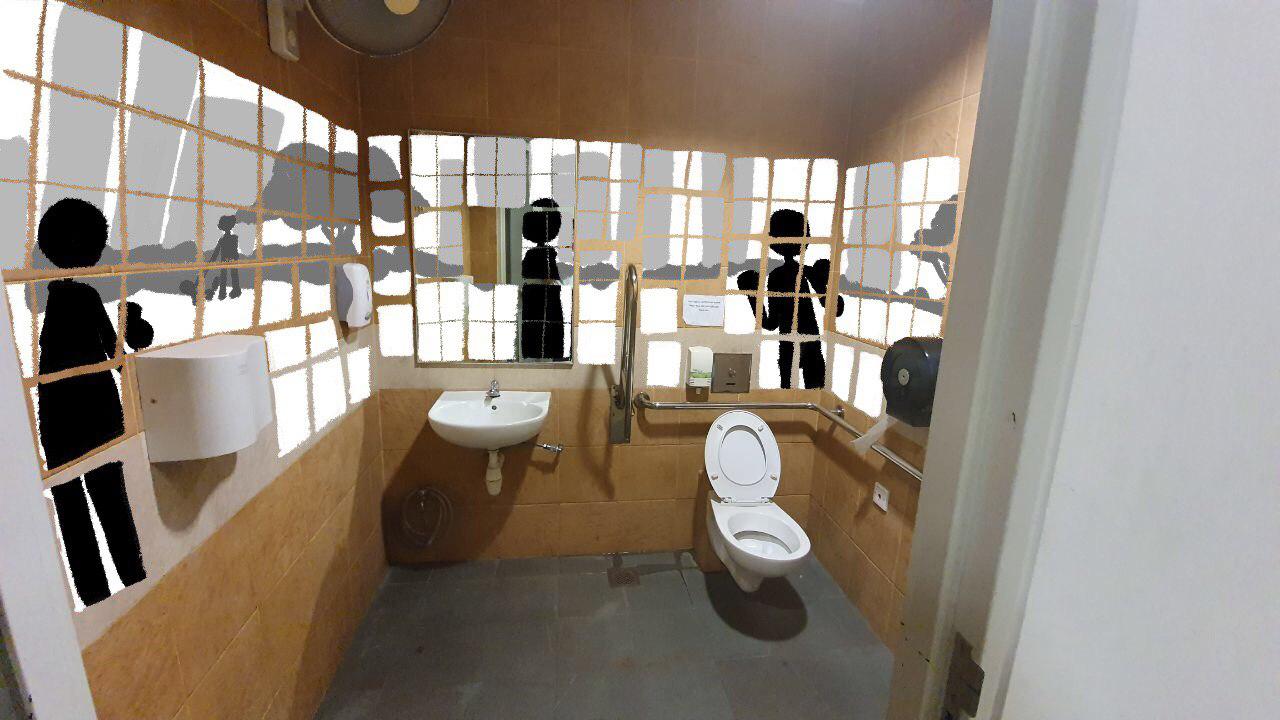 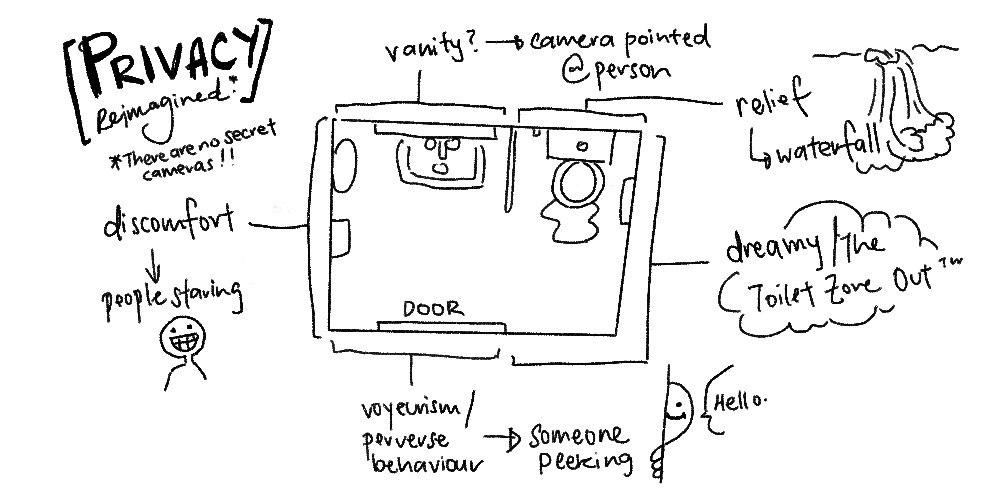 I made a variety of different settings, planned beforehand, and then pasted them across the walls. The next few images will be what the final product looked like.

Comments I have received during the presentation that I took into consideration to improve the next part of the project: