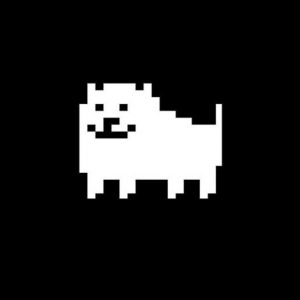 Toby Fox is an indie video game developer, and created works such as Undertale and Deltarune. He is also a music composer, where his songs are featured in Homestuck, Super Smash Brothers Ultimate and Pokemon Sword/Shield, as well as his own games.

He first started fiddling around with Earthbound mods in middle school, before helping to compose music for Homestuck in his senior year of high school. His first big break was in 2015, when he released Undertale. followed by Deltarune’s first chapter in 2018. Currently, he is working on the 2nd chapter of Deltarune.

His most popular piece of work, Undertale, that was released in 2015 and celebrated its 5th anniversary just a couple of weeks ago. It is a roleplaying indie game made entirely by Toby Fox, including music and script, with the help of Temmie Chang for art and design. The game sold over a million copies and has been ported to many other popular consoles such as the Nintendo Switch and PS4. It has also been nominated for multiple awards and has won several as well, and Undertale still remains a popular game-changing work even after 5 years.

To explain briefly, Undertale is an “RPG where you do not have to destroy anyone”, as mentioned in its description on Steam. Testing its player’s morality, you get to choose between being everyone’s friend, or a serial murderer. The story is greatly affected by the player’s decisions, and has a high playability rate with layers of story that only unfold with certain actions that can only be achieved on rare occasions.

Undertale is very simple visually, sporting an 8-bit style but its vivid storytelling, effective use of music and leitmotifs adds a whimsically musical vibe to the whole experience. For my FYP, and on a whole, I have always liked the concept of alternate universes and other worlds. Undertale fits this role perfectly, and adds a fairytale touch to it that has touched many people, including myself. While it does have a pretty linear narrative of a game, anyone can enhance their experience by digging around forums and files to fit their own narrative and perception of the game. Its simplicity is a charm on its own, and makes me aware as a creator that I had to show and not tell what I wish to portray in my art. As a solo creator, I admire Toby Fox for what he has done to inspire the world of role-playing games after his creation of Undertale.