An interactive piece that I found interesting is “Future You” by Universal Everything. It is a digital interactive installation that “replicates” the human, into a sentient synthetic form. This form is mostly blob-like in nature, and whenever a different participant stands in front of the installation, the “reflection” changes, showing a new synthetic form, to represent this new participant.

While the installation is relatively simple in its interactivity, it converts one’s being to another form, giving one a sense of new, or uncanny identity. This can be perceived as a mask, or a projection of how one would be in the future.

The artwork is presented in Barbican’s AI: More Than Human exhibition, as the first thing that the public sees when they first enter. It acts as an introductory piece  to the exhibition that focuses on artificial intelligence and its predicted future, an interactive reflection of the future self. To me, the piece feels like a portal to a new future where one’s form is no longer “human”, but given a futuristic version of themselves to fit into this new world where AI might play a more important role than it does today. 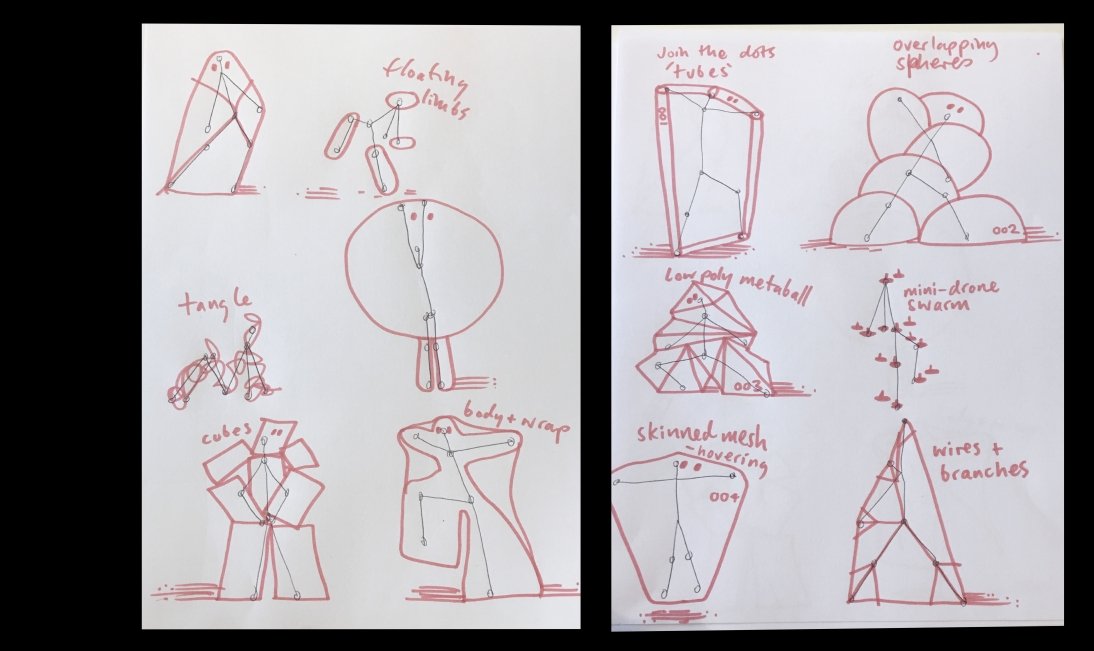 The screen acts as a mirror, the reflection  captured by a camera facing the participant. The camera detects various parts of the human body, and follows a rigging system attached to a variation of the reflection, then projected onto the screen. These reflections then mimic the visitor’s movements. These reflections start off as primitive, and then learn to adapt from the movements of visitors, creating a more “superior” version of themselves. Through this evolution, it generates a new visual response for each visitor, and apparently there are 47 000 variations.

From what I have observed in the videos documenting audience feedback, many visitors were very interested in the project, as it was a very personal and unique experience to each and every one of them. A lot of them participated willingly through exaggerated body movement, children and adults alike. 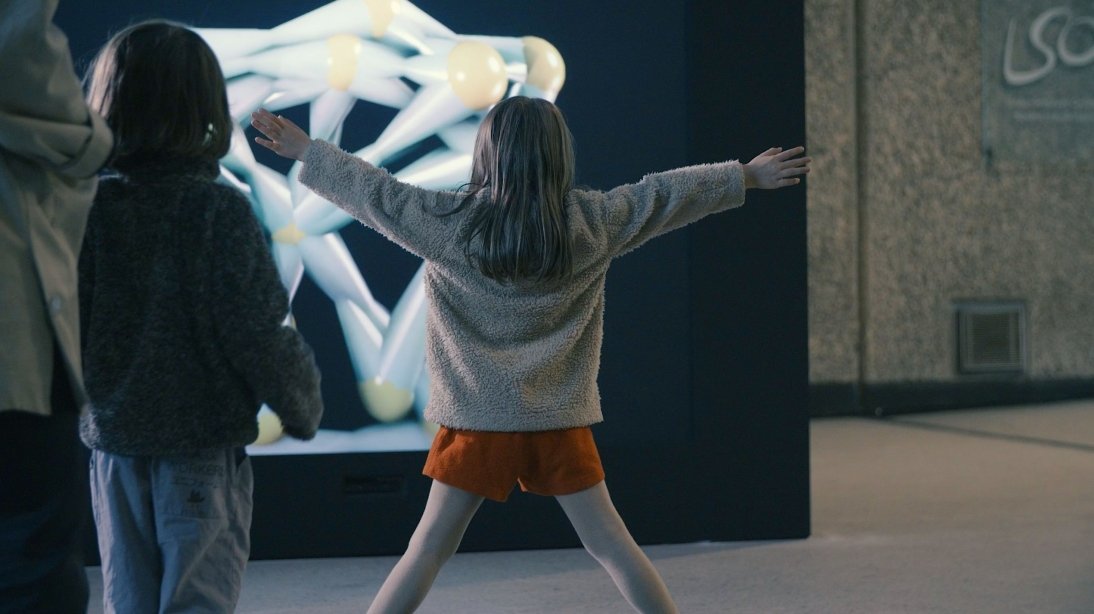 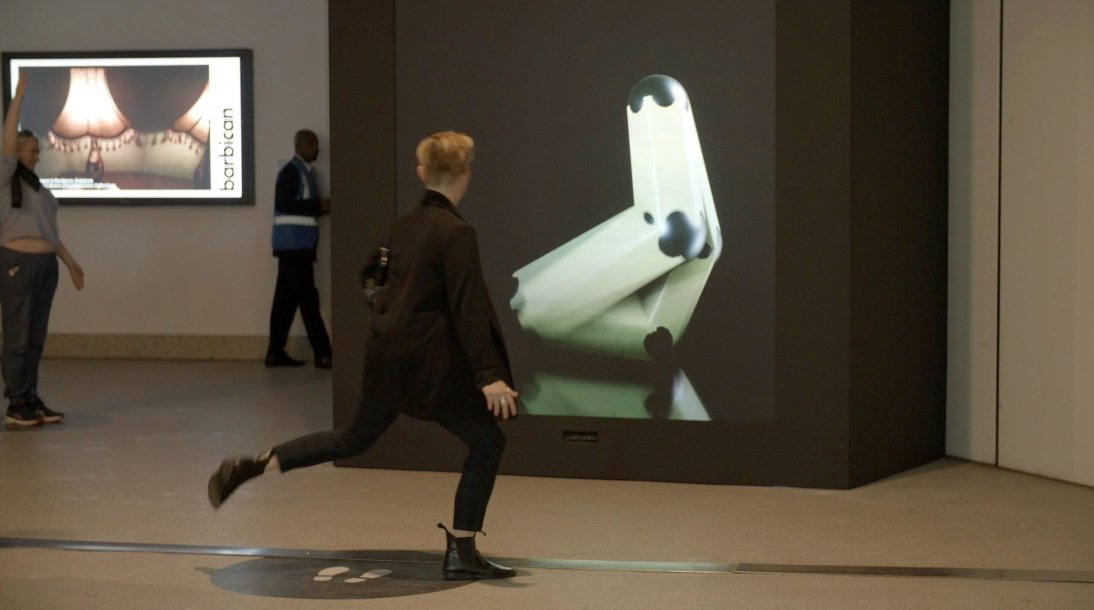 The given context made a huge difference to how the project would be perceived. As someone who was aware that the context of it was an installation in an exhibition about artificial intelligence, I perceive it as a piece of work questioning this identity of artificial intelligence as it mimics life. However, should it be placed in a different context, it could mean something else entirely, or simply not have any meaning attached to it, and just be fun-driven. The ability to interact with it in a space curated about artificial intelligence gives it a sense of importance and message, I feel, that cannot be replicated in a different environment. 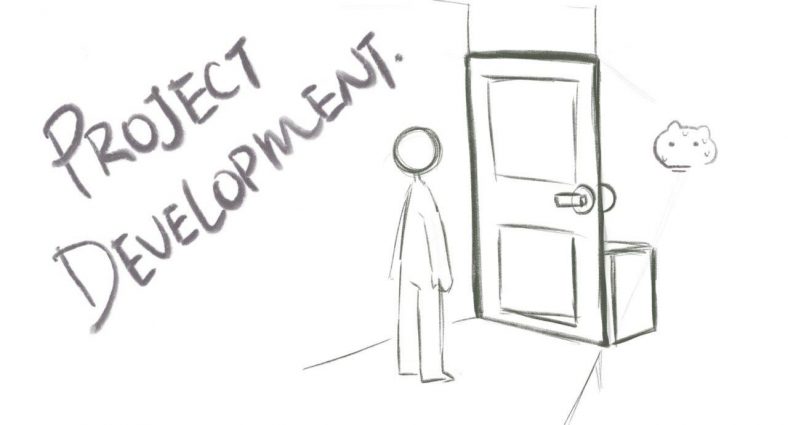 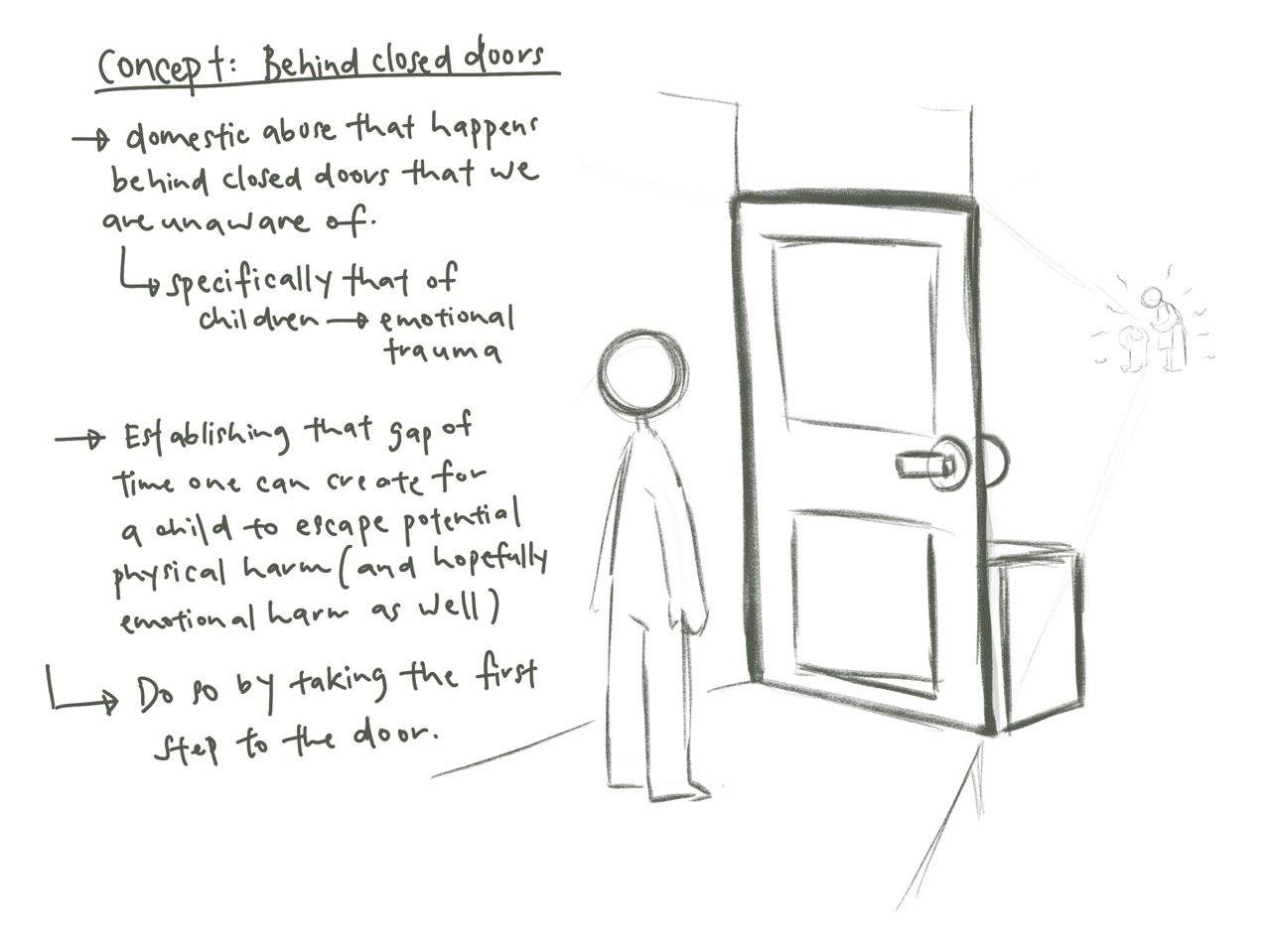 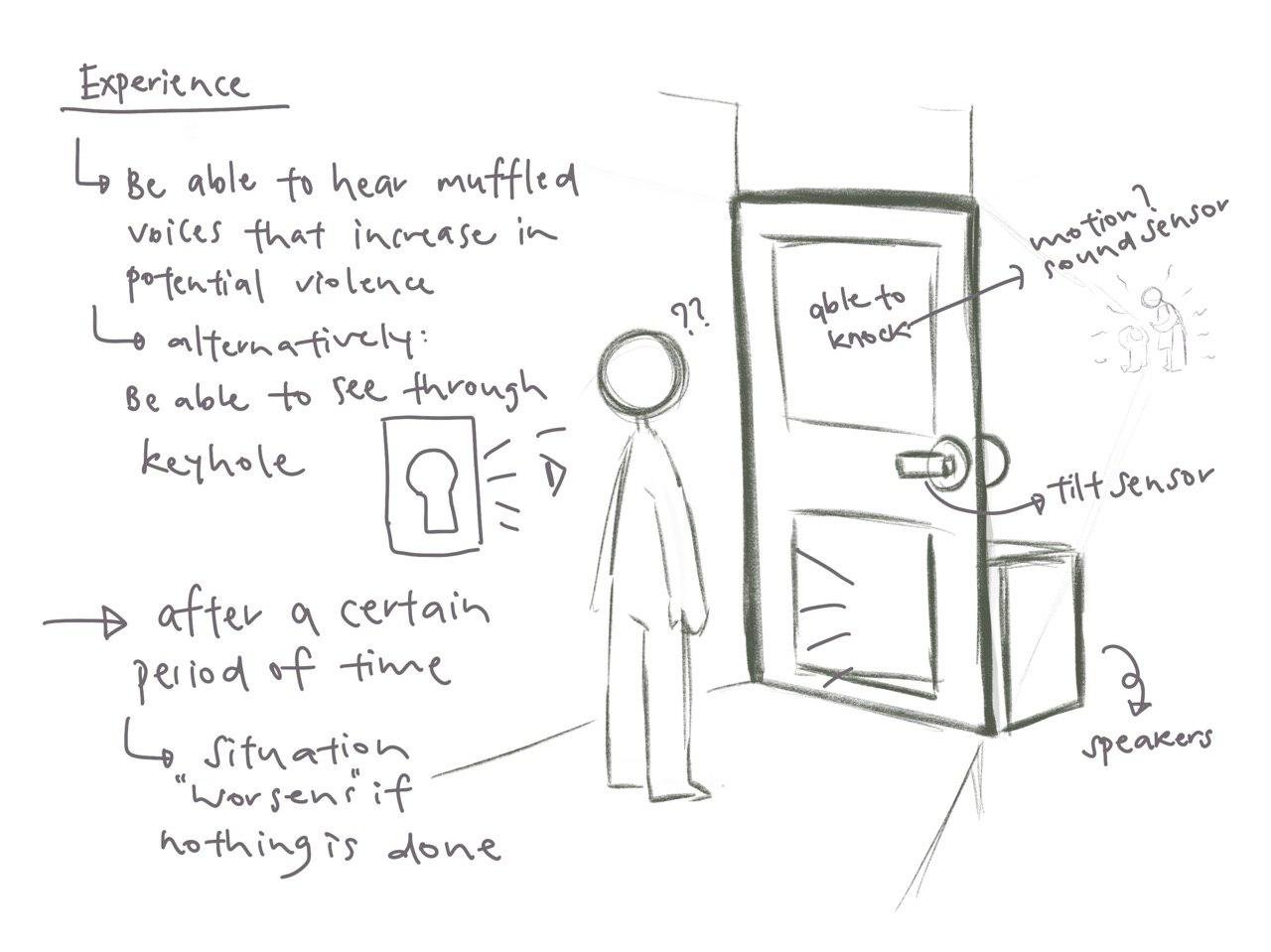 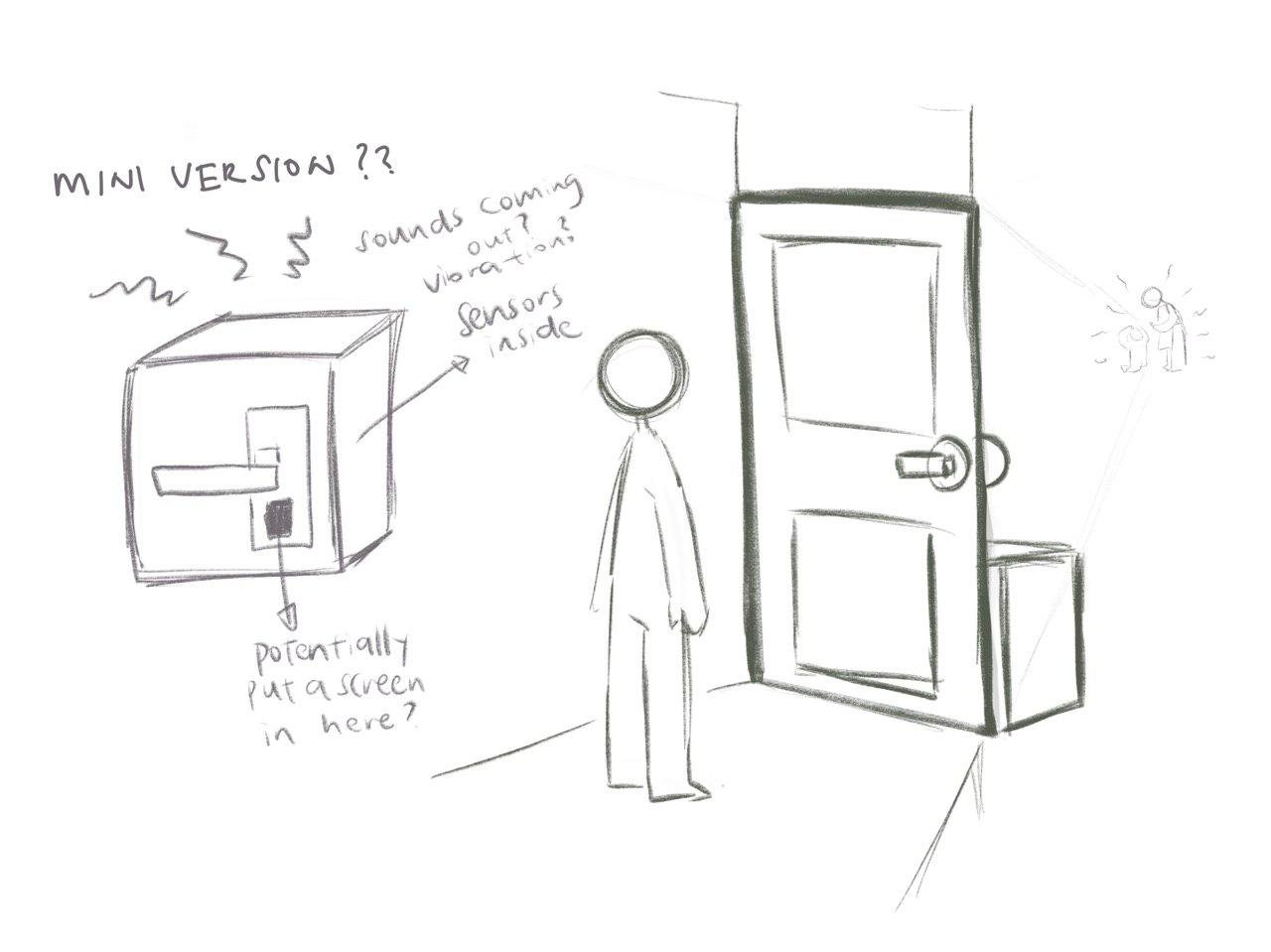 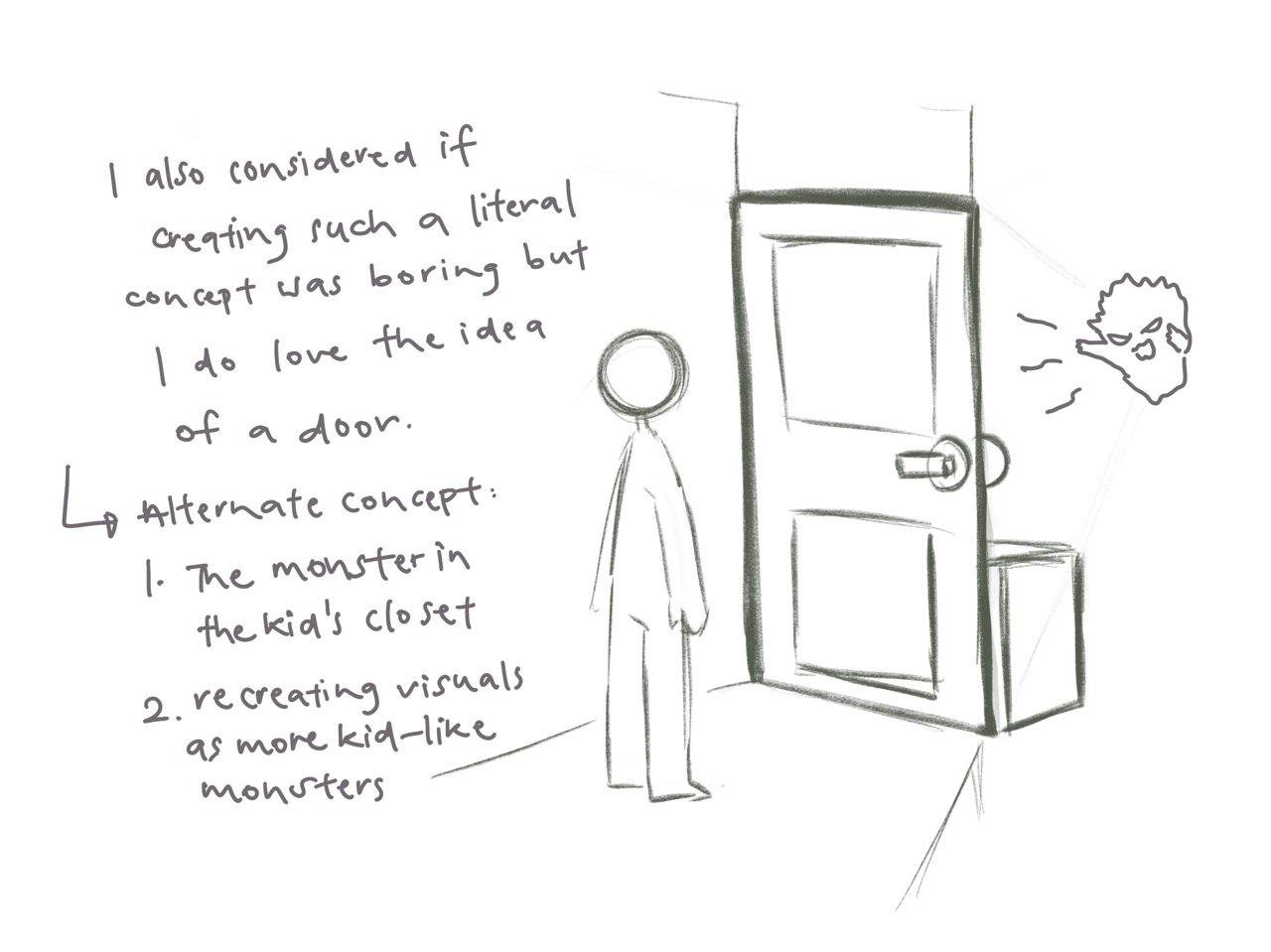 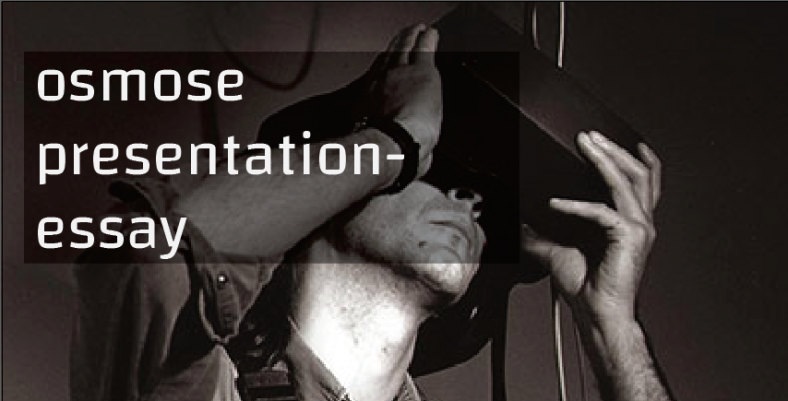 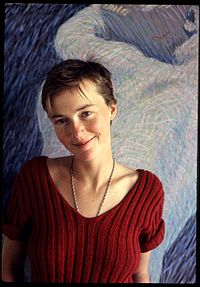 Char Davies is a Canadian contemporary artist whose works are known for their immersive behavior, typically in Virtual Reality (VR). She is a known world leader of said medium, and was a pioneer in using biofeedback in VR, which looks into psychological signals that occur during the experience of virtual reality. This was because of her background in studying liberal arts before transferring into fine arts. Before delving into virtual reality, Davies was a painter, and also a scuba diver.

In 1987, Davies became involved in the founding of Softimage, a special effects company that featured in films such as Jurassic Park and the Matrix. She was the founding director, the first vice-president and director of visual research. With her immense experience in virtual reality and many other fields, her work of Osmose became an outstanding piece that was very unique compared to many others during its time.

Osmose is an immersive interactive virtual reality environment that makes use of stereoscopic 3D computer graphics and spatialized sound through real-time interaction. This is done by having the user wear a suit. The user has to wear a head-mounted display and a motion-tracking vest that has three sensors. In order to move, one has to use their breath to move, and their balance to tilt to a preferred direction, as a primary means of navigating. This enables the user to experience a computer-generated space unlike that of how VR works where one would press buttons, as they are suspended in a space that they have to walk into, not to mention the scenes of otherworldly nature and abstract settings. This was inspired by Davies’ previous experience with scuba diving, like how one would tilt their body when trying to swim in a a certain direction while in the ocean. 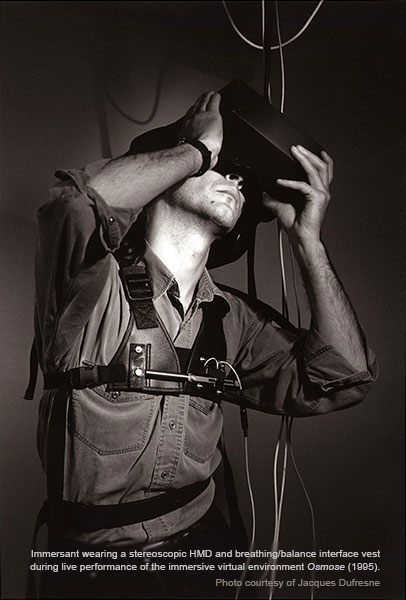 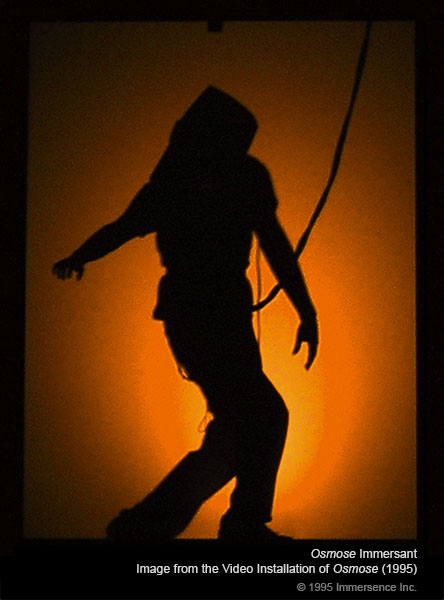 Her painter skills were also evident in her work of Osmose. In this immersive artpiece, there are 12 different “worlds” created. Most if these world-spaces are based on the metaphorical aspects of nature, along with the digitalized world of text and code. As a painter, Davies’ style was known as painterly; painted objects would always be ambiguous in nature, hinting at a form that would exist in the real world, but subtly so, constantly moving between the represented, and the abstractions. In Osmose, particles would often float around slowly, the colours were often subdued and there was a lot of transparency in the nature around, breaking boundaries between objects and suggested fluctuations between said object and ground. Compared to most artists who would strive for realism in a virtual space, Davies has instead, bring the user to a space that is entirely different from that of the real world, an experience that could never be found if not for the creativity of another, and to be immersed in this space that another has built upon while floating within it as an experience that is certainly once in a lifetime. 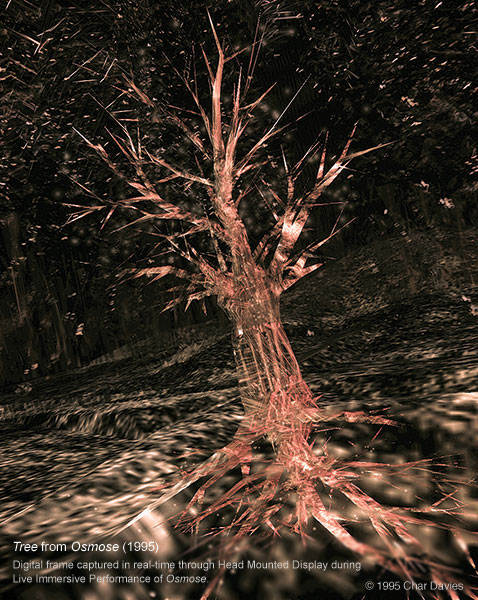 An interesting graphic used would be her use of grids along a forested world, which shows the digital, mathematical side in creating this world. It was seemingly real, and yet, the grids give off the sense that one was in virtual reality, creating a unique sight that immersed one into being in a digitalized world. 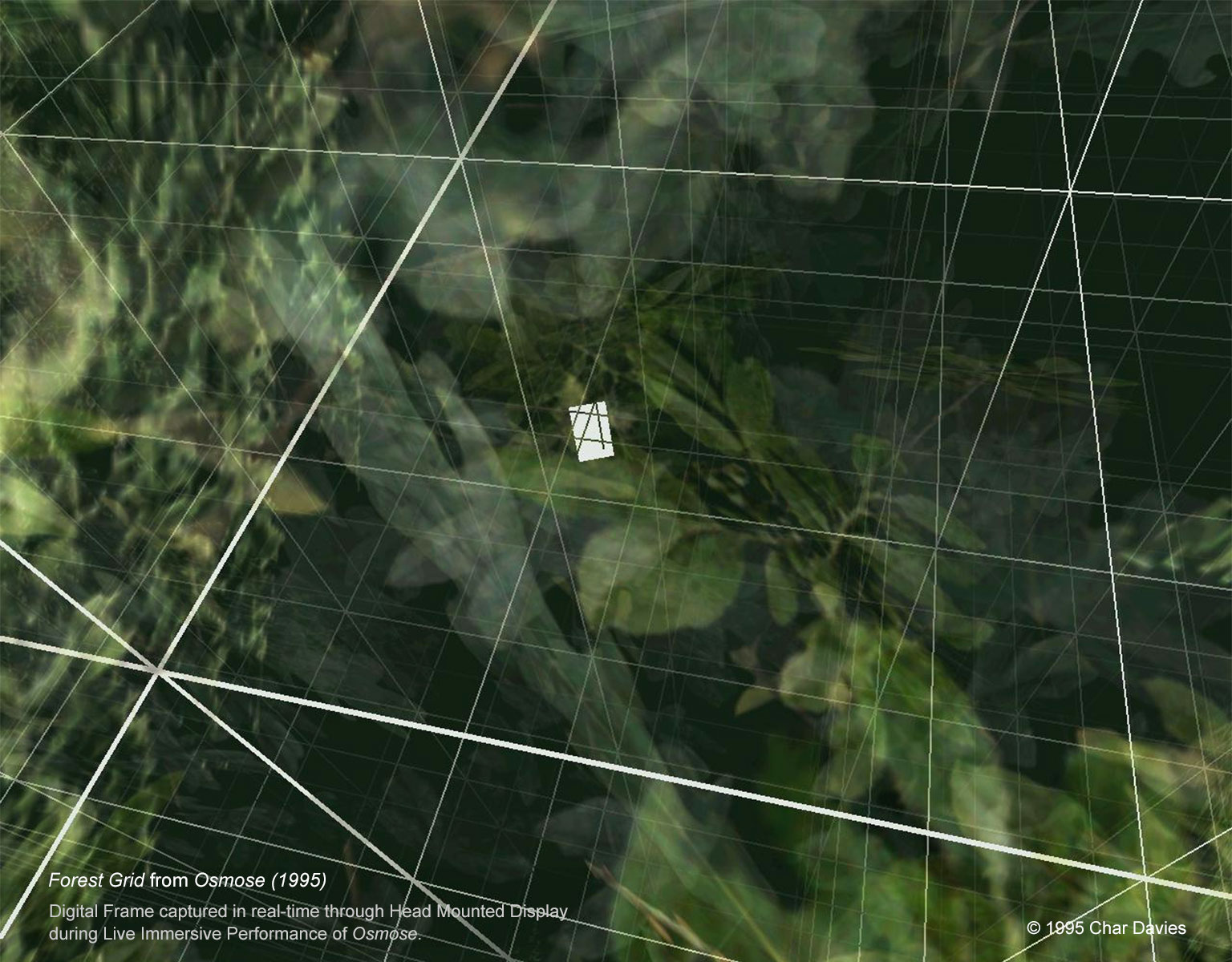 Alongside the user, would be other spectators who could see both the floating user immersed in Osmose, and the screen of what the user could see. They can see how the user is affecting the space, and how the space does the same to the user, as the user has to breathe in order to move, sway in order to direct and turn their head in order to get a view of what is around them. The spectators then can grasp the connection between the two. 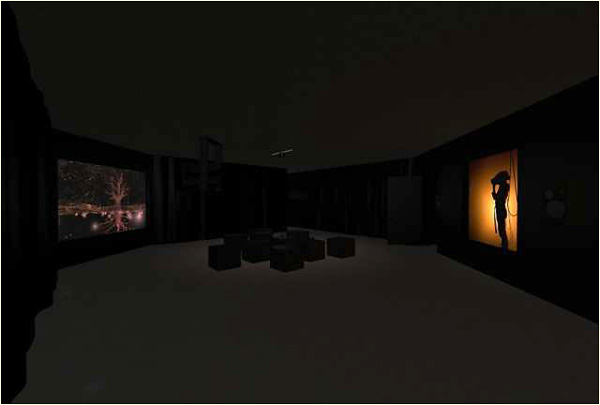 Articles in relevance to the Artwork

In relevance to Ivan Sutherland’s article, “The Ultimate Display“, he mentions this:

“There is no reason why the objects displayed by a computer have to follow the ordinary rules of physical reality with which we are familiar.“

This is shown by Davies’ work, as she does not try mimicking how the world looked, but rather, picked out elements that were similar to represent a whole new type of world. With the power of Virtual Reality, there would be no need for a second reality of the same sort, but rather, a reality that was made entirely new for its viewer, or more to say, its new inhabitant.

This is continued on by Scott Fisher’s article, “Virtual Environments“, in which he says:

“The main objective is to liberate the user to move around in a virtual environment, the availability of multiple points of view places an object in context and thereby animates its meaning. They are free to choose their own path through available information rather than remain restricted to passively watching a ‘guided tour’.”

Although Fisher talks about this in regards to how visual display technology was to better represent a ‘direct experience’ in this quote, he mentions how a user was ‘free to choose their own path’. This is portrayed well in the various spaces Davies’ has created in Osmose, where the user could explore however they wanted to, as long as they moved on their own accord. This is in comparison to the spectators watching at the side between user and screen, who would, presumably, be seen as watching a ‘guided tour’.

Osmose is an artistic immersive piece that was, in a way, bringing one’s self into a painting and to travel through it. Davies’ has successfully created an environment that envelopes its users into its imagery, creating an alternate world that one can be immersed in. It is an intimate space for an individual as they travel solo in an unknown, unreal land. From her piece, we can tell that immersion does not only take on a visual goggle of reality, but a painted space that has then played a heavy part in evoking emotional responses from people.