Queer linguistics is the analysis of language data using Queer Theory (Motschenbacher & Stegu, 2013), which first emerged in the 1970s and 1980s as a reaction to the gay and lesbian rights movement. To discuss Queer linguistics, we would first have to talk about Queer theory. Queer theory was first introduced when society started to question how one’s sexuality can influence their identity (Motschenbacher & Stegu, 2013); looking at how heteronormativity is constructed and institutionalised, and how deviance from this is discriminated against. It further suggests that the multiple gender identities faced and experienced by individuals are due to social, physical and psychological influences (Comstock, 2015). This was mainly motivated by the desire to deconstruct and blur the lines of the gender and sexuality binary, as well as question the motivation behind heteronormativity and heterosexuality. It interrogates society’s view on heteronormativity and how heterosexuality is seen as normal, desirable and necessary. 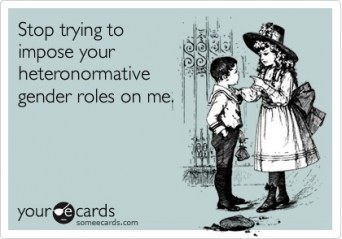 This then expanded into multiple realms of study, one of them being that of queer linguistics. Language is a way for people to express their identity; as such, queer theory examines how it is commonly thought that heterosexual identity is expressed through ‘gender-appropriate’ styles of speaking.  Queer linguistics examines whether sexuality is directly indexed by language, and looks at sociocultural approaches to language across the range of sexualized identities, ideologies and practices (Bucholtz & Hall, 2004).

The common-assumption is that sexual identity is directly indexed by linguistic behaviour, while the linguistic view suggest that this link is more indirect. Linguistic features seem to index traits that are associated with certain genders; the way that people speak shows how they want to be seen (Cameron & Kulick, 2003).

In other words, language performs gender, and gender performs sexuality.

What about those who deviate from the norm?

Queer linguistics consider the linguistic practices of the LGBTQ (Lesbian, Gay, Bisexual, Transgender, and Queer) community. Queer theory and language was first discussed by many leading theorists, including Michel Foucault and Judith Butler. It was also considered by, Anna Livia and Kira Hall, who noted that although there was an abundance of studies on gender and language, there seemed to be a shortage of studies about language and sexuality (Livia & Hall, 1997). Queer linguistics also discussed reasons for differences in language use, and how sexuality comes into play.

As previously mentioned, language can be used to perform gender and sexuality, which is part of an individual’s identity. This resulted in researchers looking at certain ways different communities spoke, and what was so special about these ways of speaking that marked their deviance from the norm.

One such form of research was that on gay male speech patterns. 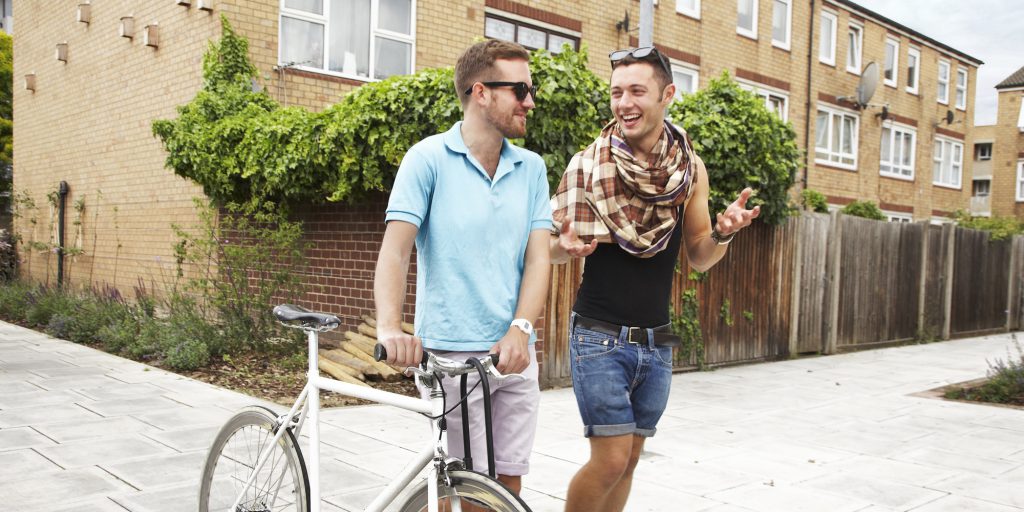 The gay community is often examined for their speech styles, as many perceive their speech as non-conforming with their gender. The stereotypical gay speech is considered not masculine, and seem to resemble women’s speech (Gaudio, 1994). Robin Lakoff proposed a women’s language (WL) (1973), characterized to include super-polite forms, rising intonations, question tags, and usage of adjectives and elaborate colour terms. This was seen to be ‘replicated’ in gay speech according to Lakoff, and she suggested that gay men imitated these speech patterns on purpose. However, WL has been shown to reflect beliefs on how women speak, instead of how they actually speak. Thus, it is inaccurate to say that gay men speak ‘like women’, as WL is not actually representative of women speech. Lakoff also stated that the opposite of WL is not Men’s Language, but a Neutral Language. This suggest that the norm, is to speak ‘like a man’, and if you deviate, you speak ‘like a woman’ or you ‘sound gay’. To say that every gay man speaks a certain way is unfair, as there are so many different subcultures in the gay community, and classifying them as a linguistically homogeneous group is simply not representative. The gay stereotype of hyper-feminine speech has been further exacerbated by popular culture, where gay men are portrayed as overly flamboyant and shrill, and used as the comic relief. As such, we can see that linguistic characteristics that are indexing homosexuality in men, also index the feminine gender.

Why are homosexual men thought to speak like women?

Men and women are suggested to be opposites to each other, just like heterosexuals and homosexuals. Gender is seen to be indexed by sexual preference; if a man likes other men, then heteronormativity means that they should not be seen as men, but as women, as heterosexual women like men. This led to the first stage of Queer Linguistics, research on language use by homosexual men, such as Polari (Green, 1997) and Gayspeak (Hayes, 1976). This led to the second stage of Queer Linguistics, identifying the lack of studies on other kinds of languages. Compared to the amount of studies conducted on gay speech, research on lesbian speech has barely scratched the surface. Queer theory contributed to this by identifying the different categories of gender identities and sexualities in society. This led to looking at how these categories are the effect of language, resulting in the culmination of Queer Linguistics.

As previously mentioned, Queer Linguistics is part of Queer Theory, and this means it is part of the challenge towards what is heteronormative (Motschenbacher, 2011). This does not mean that Queer Theory and Queer Linguistics ignore the heterosexual, but that it looks at the entire range of sexual identities. Challenging this heteronormativity results in many positive effects, as the current status idolises one form of heterosexuality, where each gender is limited to strict norms, but where the male norm is more widely accepted. This is extended to linguistic practices as well. For example, it is more widely accepted for male nouns or pronouns to be used to refer to a mixed-gender group than female nouns or pronouns. When female pronouns are used to address a group of men, this is often met with resistance (Motschenbacher, 2011). This is as the female nouns/pronouns may be seen as being of lower status, or as being undesirable. This is looked at by Queer Linguistics regarding groups that perform this contradictory behaviour such as the previously mentioned homosexual men. Queer Theory and Linguistics attempt to bring back a balance between the different genders and sexualities by normalizing different behaviour of different groups.

As such, Queer Theory is rather new, and its effects are proposed to be highly beneficial to challenging the heteronormativity that is taken as the norm in society. The effects of it on linguistics and sexuality research are also seen to initiate change from daily interactions to challenge widely accepted social norms.

Cameron, D., & Kulick, D. (2003). What has gender got to do with sex? Language, heterosexuality and heteronormativity. In D. Cameron, & D. Kulick, Language and Sexuality (pp. 44-73). New York: Cambridge University Press.