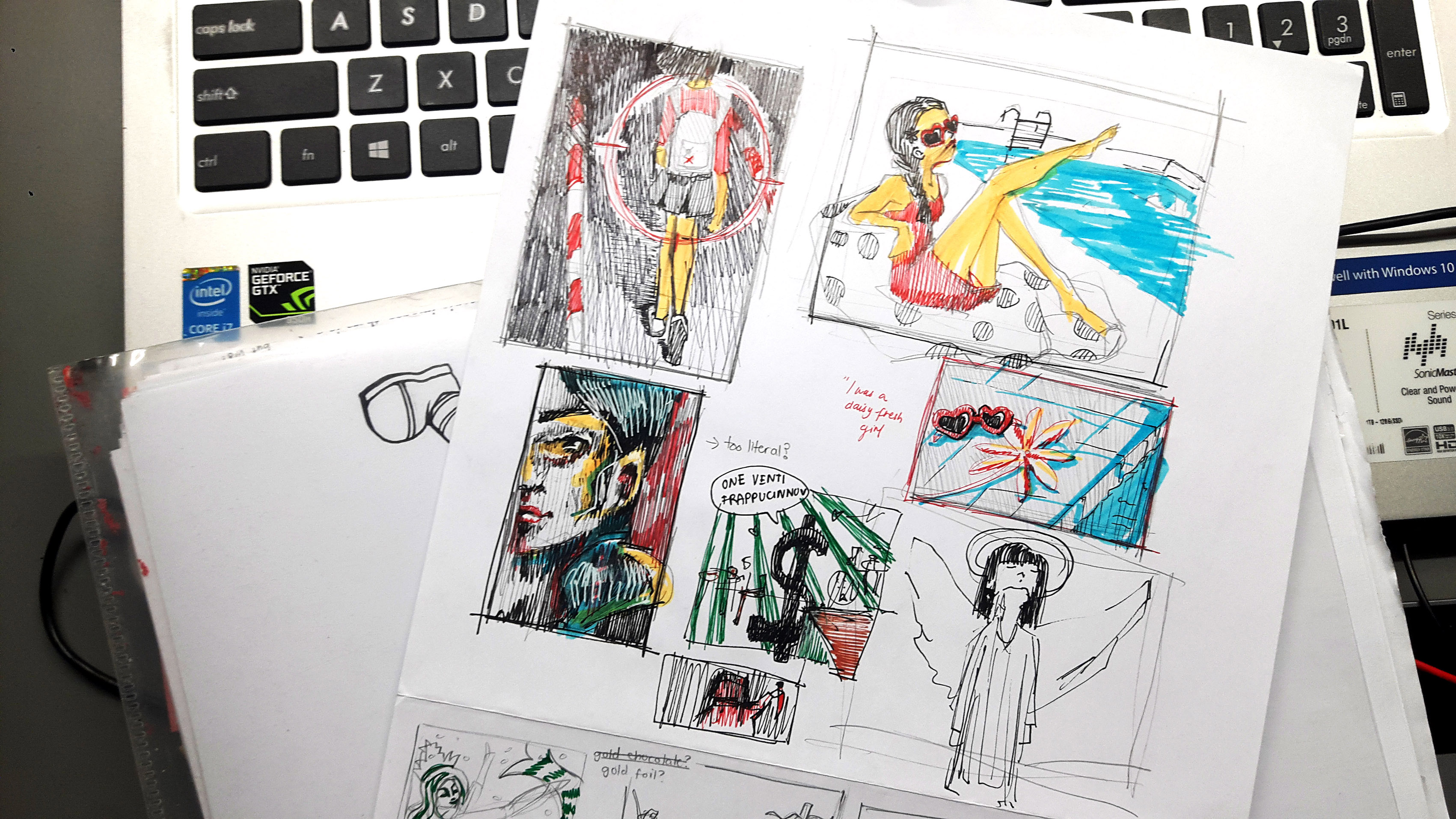 POV of a pedophile/rapist, a target. I sketched this out with a back view of a girl in a dark street.

POV of Vladimir Nakobov, Lolita. As in the novel Lolita. I sketched it out with the classic Lolita heart-shaped glasses lying by the pool, a very sexualised depiction of a young girl in line with the novel.

POV of the movie Orphan, a psychopath. Esther the little orphan was as perfect as an adopted daughter could be, until she started killing everyone. She’s not even a real young girl– she’s just an old hag with a sick mind and lack of growth hormones. I thought it was a pretty interesting take on a young girl.

POV of starbucks, easy money. Young girls are very impressionable and prone to be swept away by ‘hip’, popular things, like drinking Starbucks. I, too, had my Starbucks phase, so I could relate. To be honest, after a while I find it too sweet and really, where is the coffee in those frapuccinos?

POV of her parents, a perfect little angel.. or a money-sucking little creature. 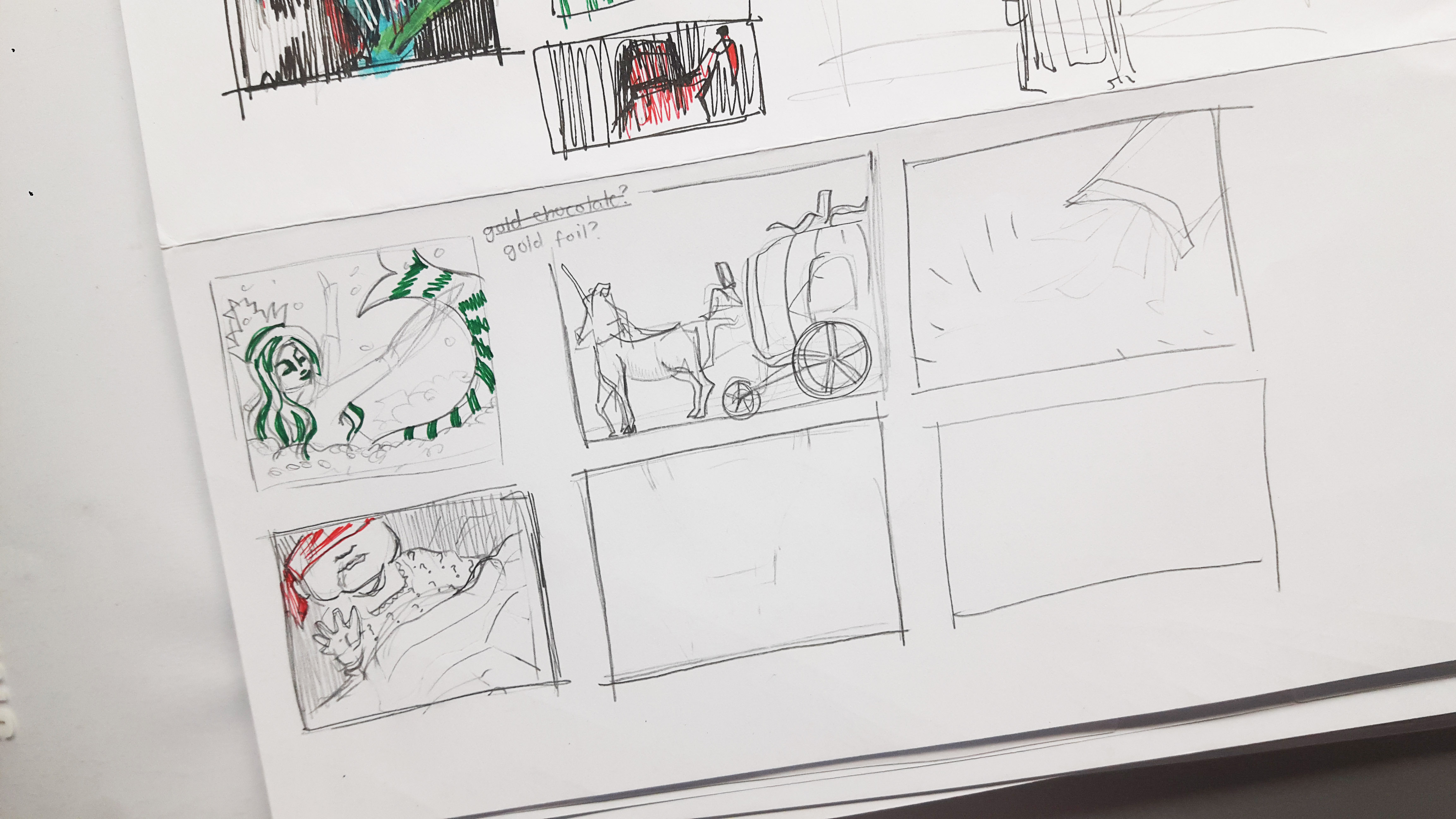 These are thumbnails I made in planning the compositions.

POV of Starbucks –  The starbucks mermaid logo swimming in a bathub full of coins.

POV of adults – An ignorant baby. Blindfolded, wearing bib with question mark motifs, and knowing nothing.

POV of her parents – A perfect little princess. All pumpkin carriages and unicorns, pink and rainbows. 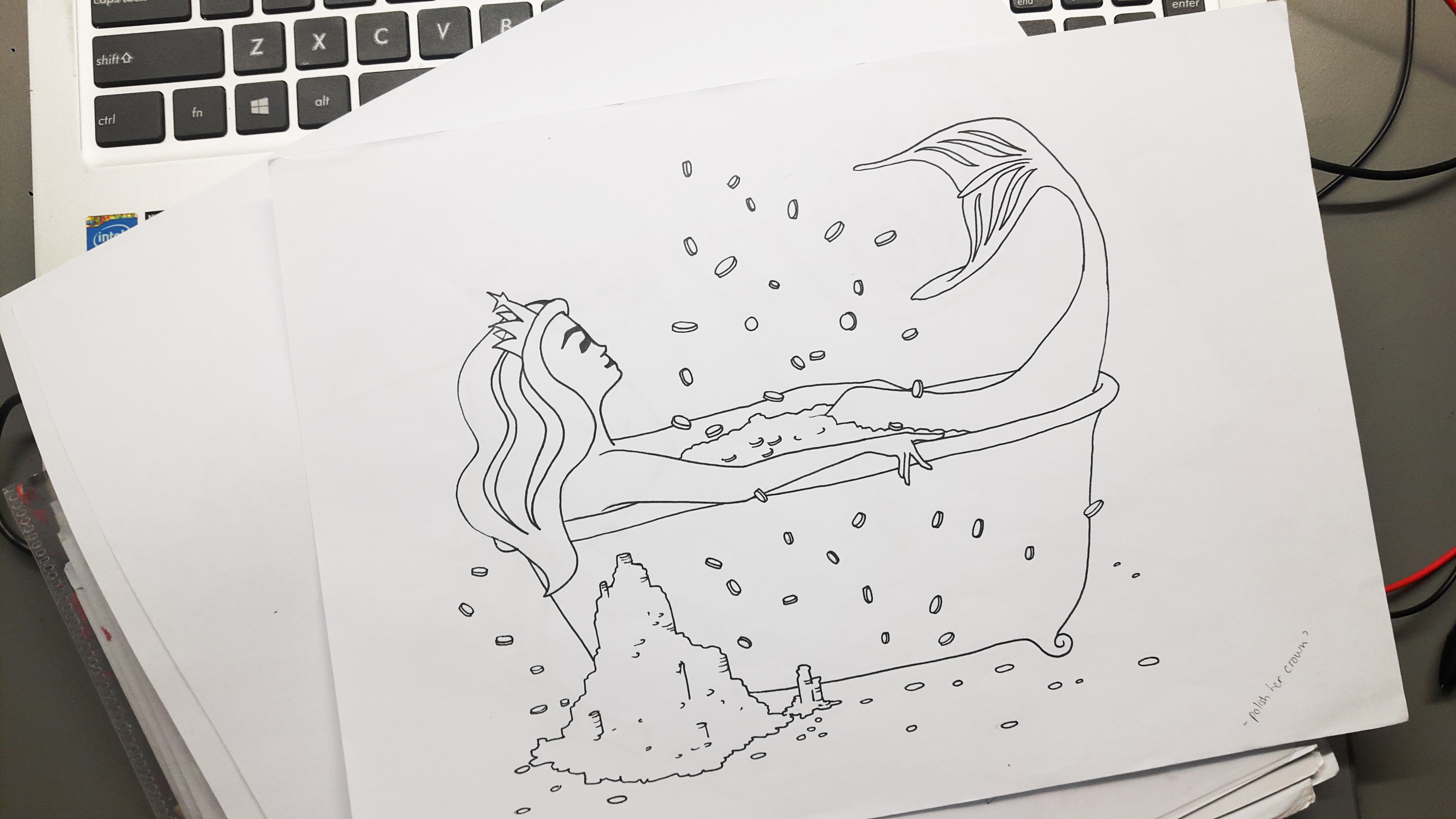 I made a prototype for the Starbucks composition. I did not like how it turned out as the body proportion for the mermaid was a little strange, but I figured it would be okay as a trial. 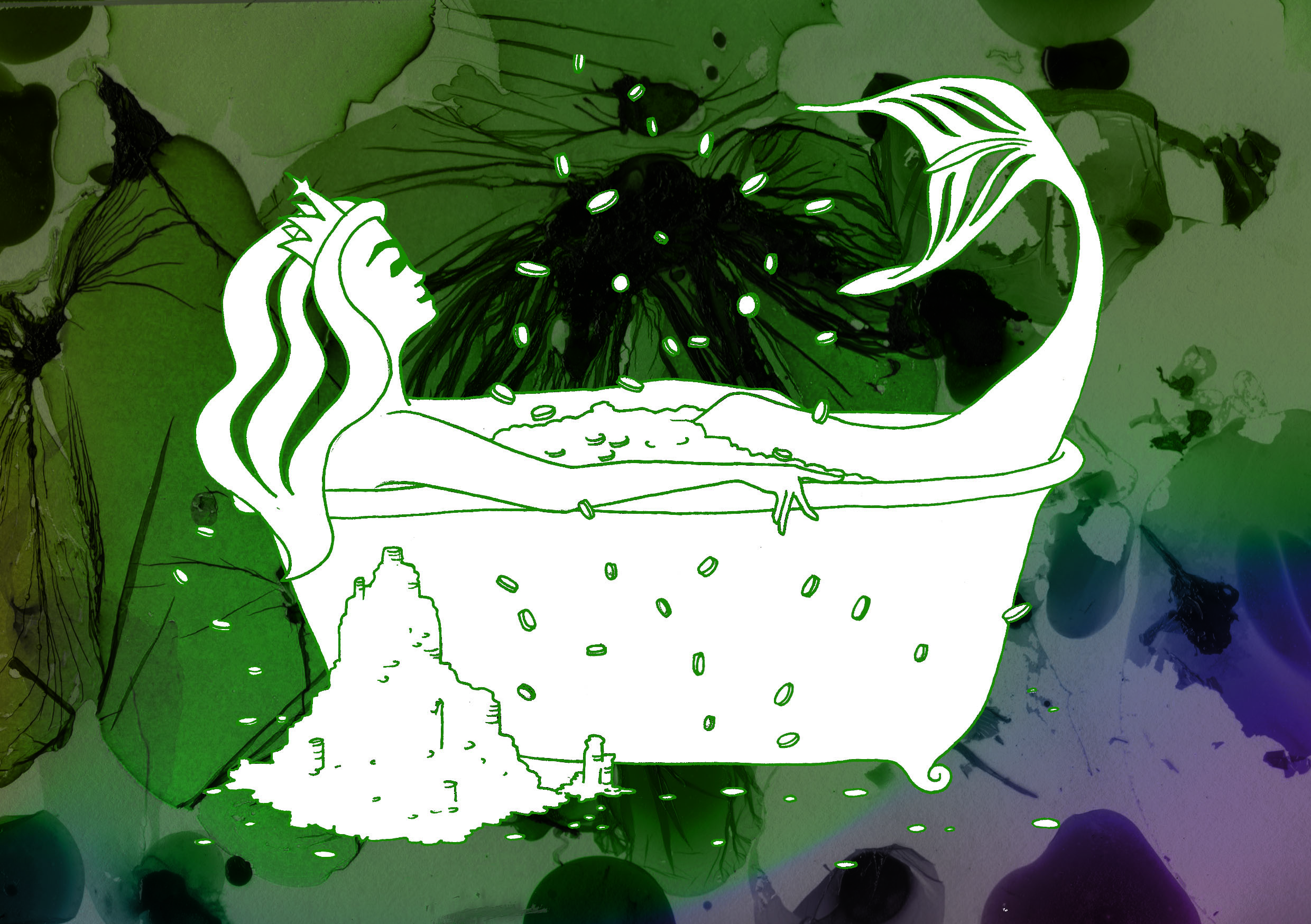 I used a marbling background I made by marbling glass paint, as it looks like flower petals, fitting for a feminine-themed artwork, as well as having interesting and beautiful texture. I decided to darken it to contrast with the white figure. 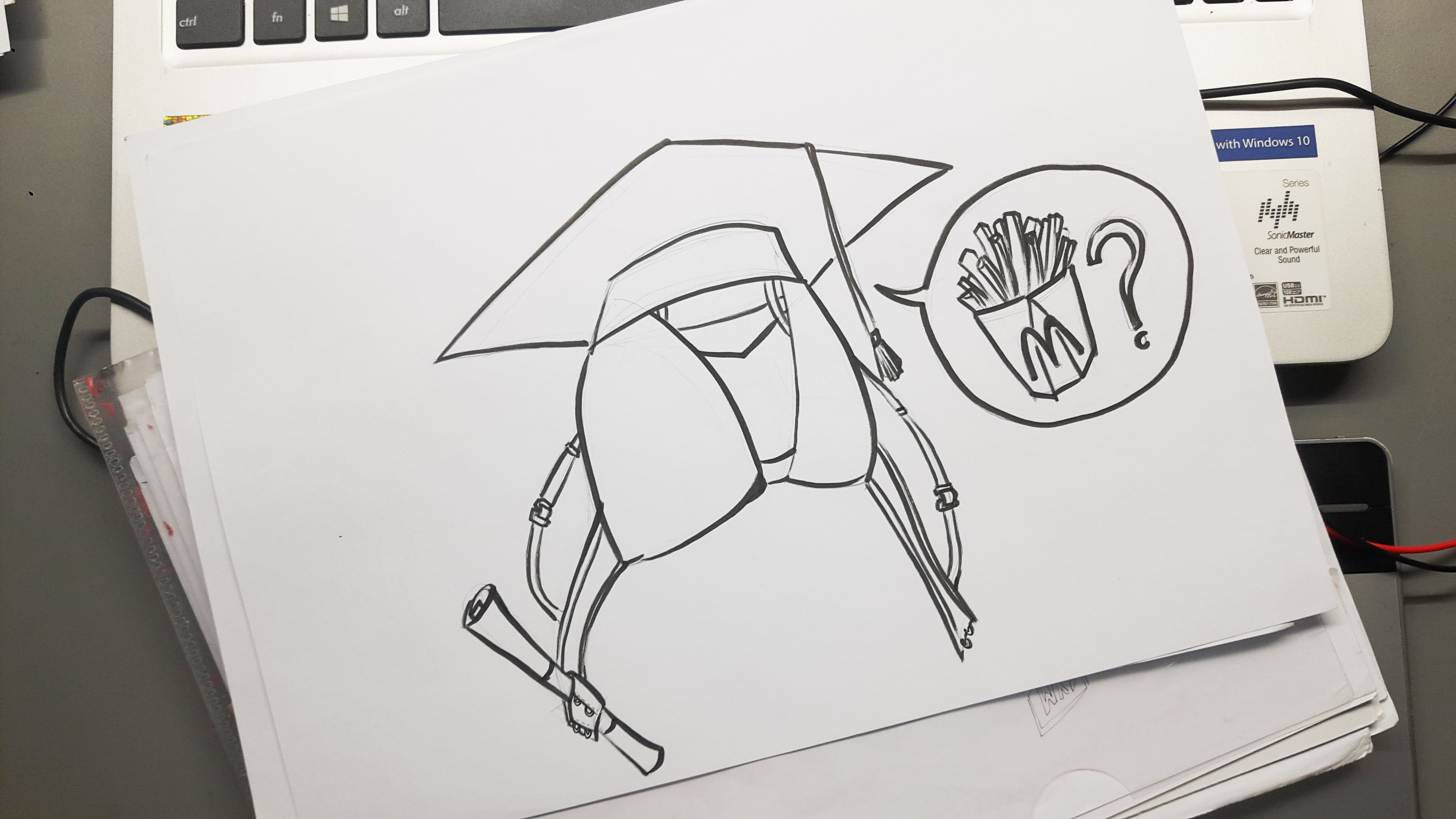 POV of a Bra – Underemployment.

This was my initial plan, as I thought that a bra would be ‘overqualified’ for a newly developed breasts. Thus, I sketched a bra that is ‘overqualified’–having a degree and yet working at McDonald’s. However, it was a little tricky to pull it off and so with Shirley’s advice, I decided to revise it further later on. 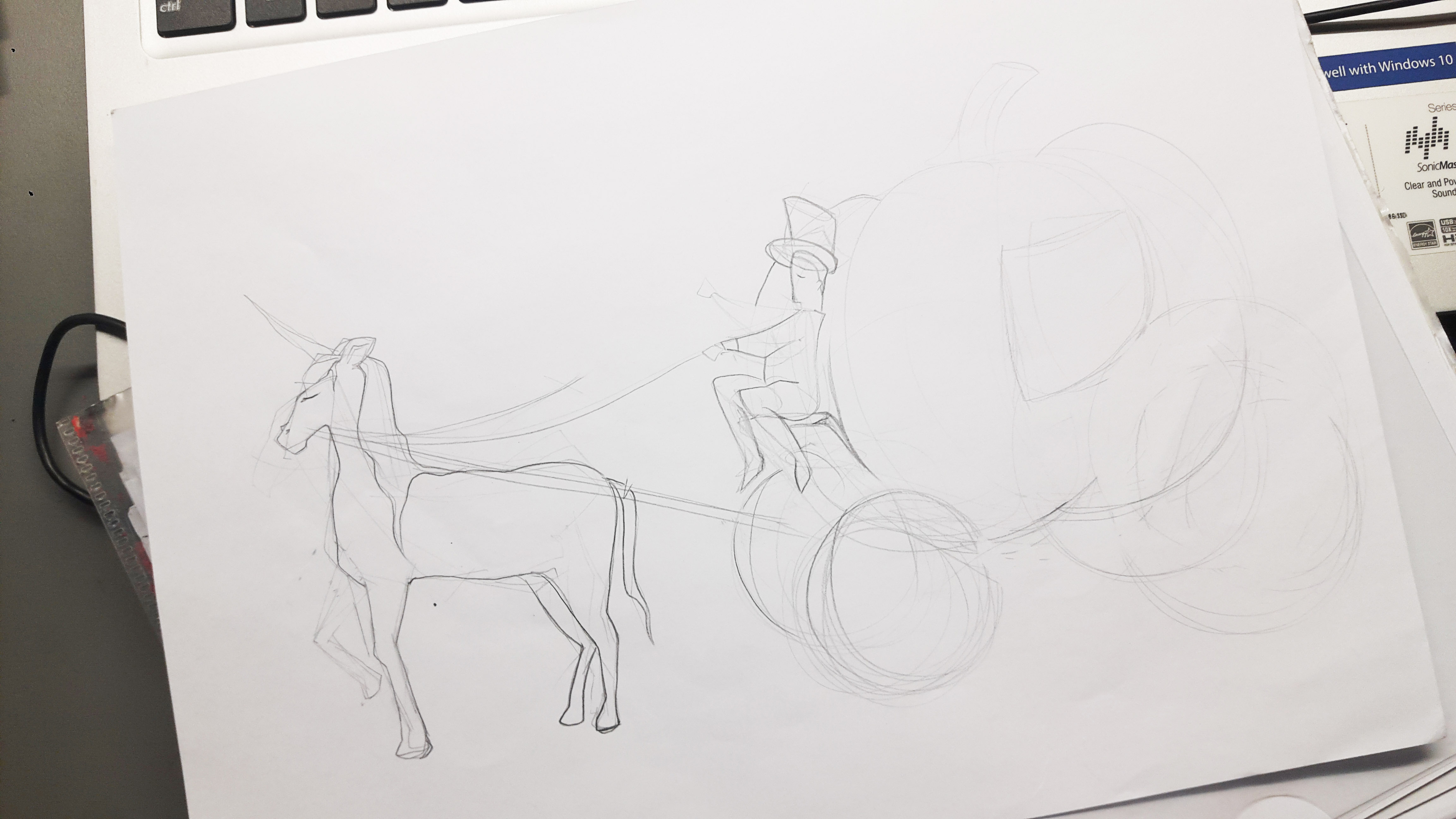 The initial plan for ‘POV of her parents- a perfect little princess’ was a Cinderella-like illustration, but it was a little too cliched and thus it is discarded.