As of week 4,  this was my final illustration. Reflection below was written after class. 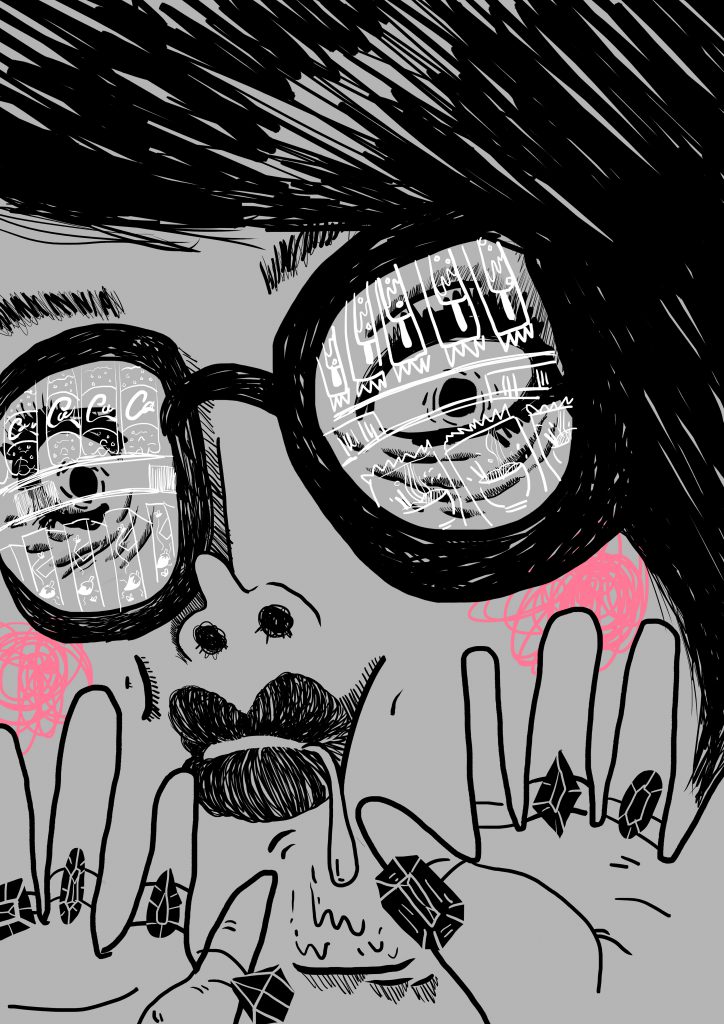 The class feedback was to:

Here is the updated version: 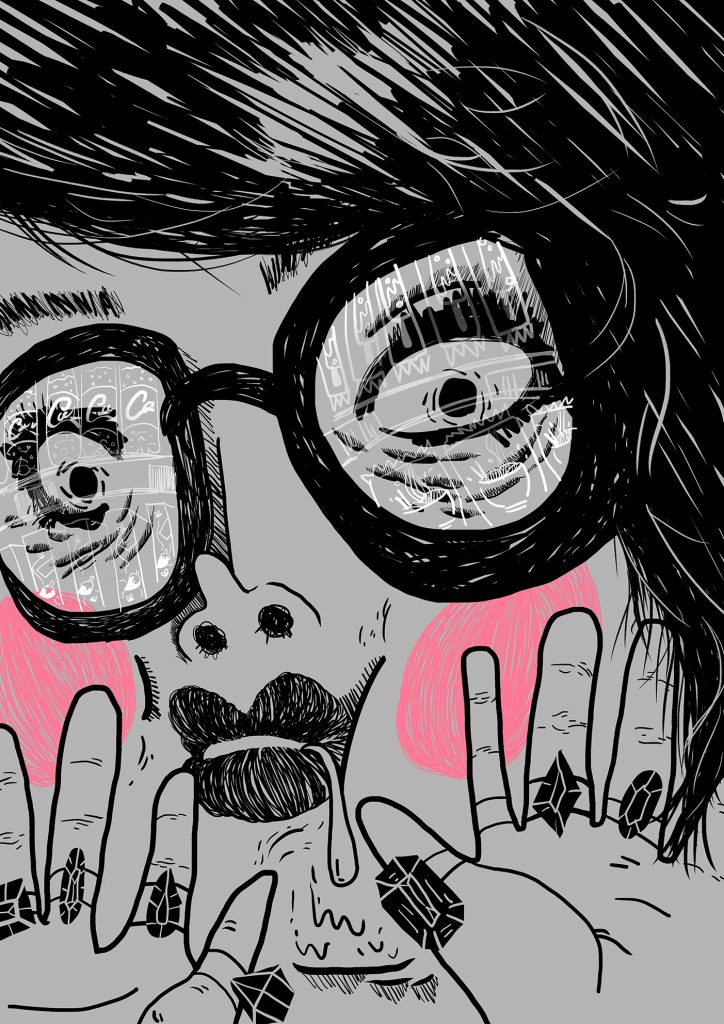 The feedback was useful as before the blush seemed flat, but now the cheeks seem to have a lot more volume because of the way it is rendered. Additionally, the eyes stand out more now when the reflection’s opacity was slightly reduced. Thank you for the feedback!

I tried introducing color schemes again to the composition and was fascinated with the effect. The new color schemes introduce moods to the work, which I liked.

However, with too light a background color, the reflection on the glasses could not be seen. Thus, I settled with a light bluish color emulating store neon lights and kept the blush as a soft pink. I also added a pressed hand effect and reflection in the glasses. 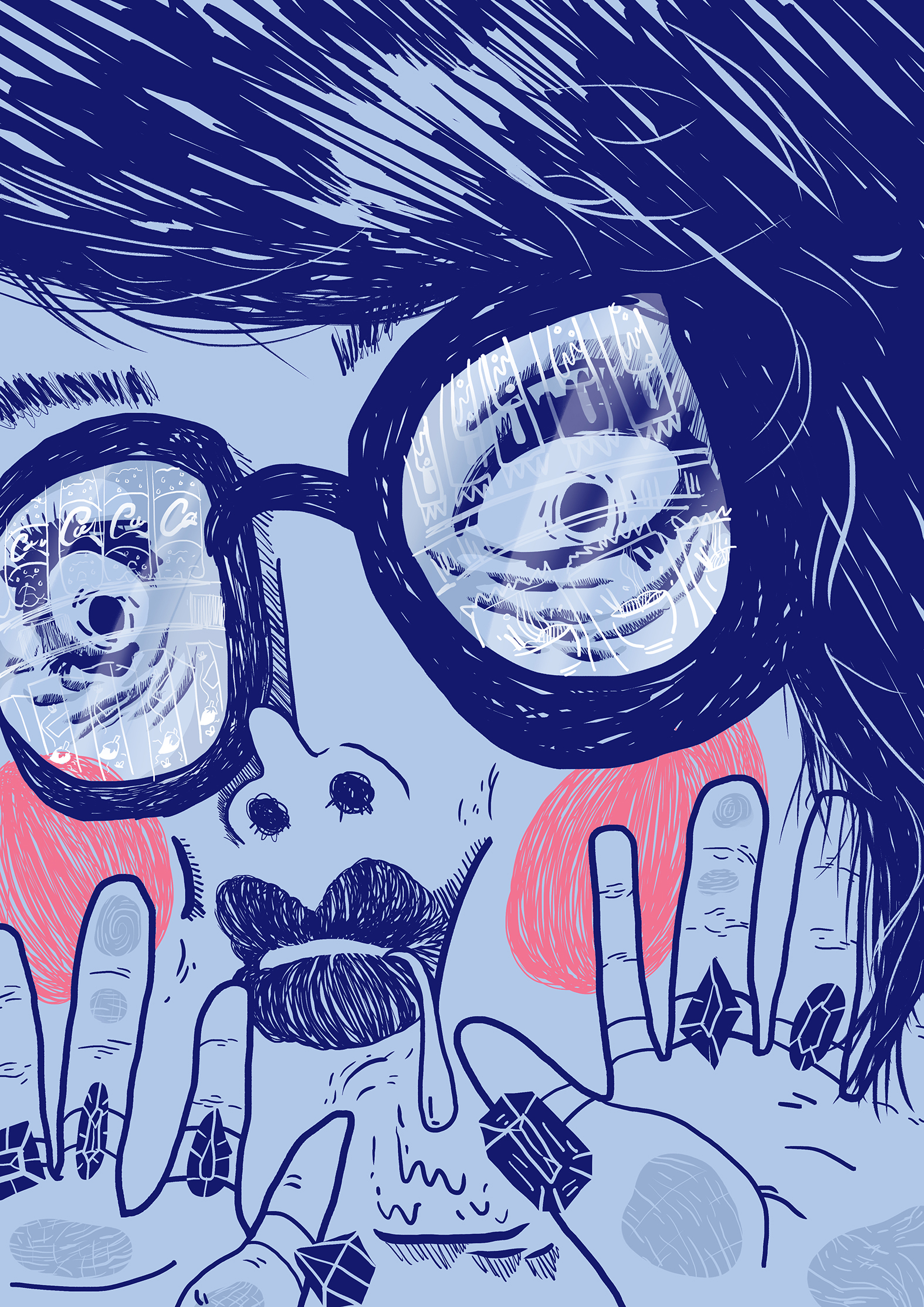 I learned a lot about composition in this assignment, as I had to very deliberately play with value structures and shapes, as well as line weights to keep the composition harmonious. Additionally, I realized that the content of the illustration and the message takes precedence over the style of the illustration. For example, I unsuccessfully tried to render my illustration in a polished, neat way but as the emotions evoked require something raw, unpolished linework turned out to be better.

My second learning point is that it is useful to take reference photos and pictures and analyze them to get the best, most realistic (although not necessarily naturalistic) portrayal of the subject matter. Case in point: upturned nose, widened eyes, and shape of lips.