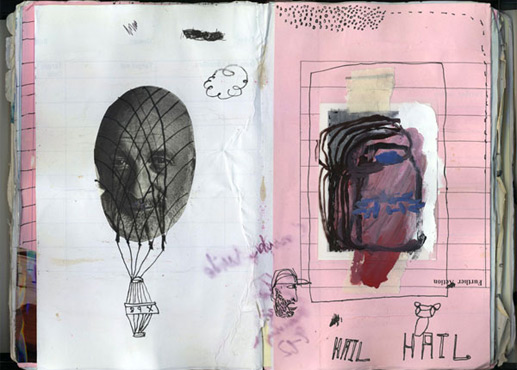 So as previously mentioned, I went to the library to read up on a few graphic design books 2 weeks ago and I chanced upon one called Cut & Paste: 21st Century Collage by Richard Brereton and Caroline Roberts.

One artist from the book stood out to me in particular and that was Craig Atkinson. 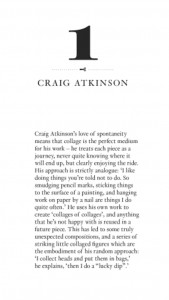 Similar to Concannon’s work, I love the raw and immediate effect of Atkinson’s collages. The slightest details such as the tearing, crumpled marks and almost kiddy-ish lines are really appealing especially when juxtaposed against a background of a photograph or a found object. It contains a sense of fun, the kind when you doodle on a newspaper or your air ticket. It feels very honest and spontaneity parallels those of old school tart cards (they were usually handmade to save cost) and concert flyers. I intend to carry this spontaneity into the tart cards I will be making rather than make it a clean cut typographic tart card like those in the London 2009 competition as I believe while I am constructing a narrative using typography, I should not forget the subject I am working with and the overall look should reflect the background of a prostitute at the end. Then again, I may choose not to have this look for all as some prostitutes do come from well-off families so a more formal look may suit those cards better. (okay I feel like I’m just rambling here…it’s late I should sleep…)

I intend to work with materials that can be found with prostitutes or are easily associated to them and their backstories. 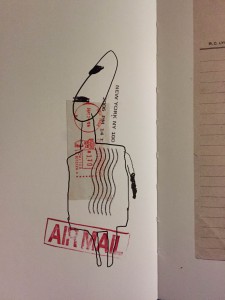 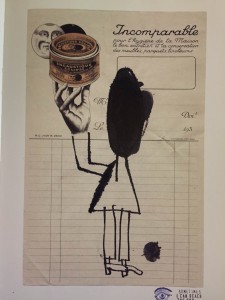 I understand this isn’t a very complete research so I will update this post further when time permits.