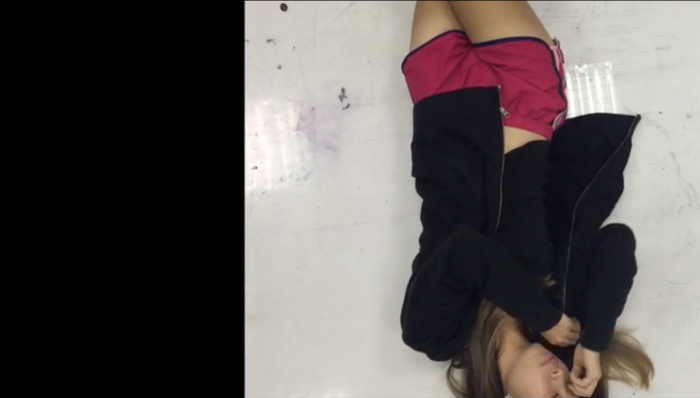 I didn’t really managed to dream much for the past week so I will be referring to some old dreams for inspiration.

This particular dream remains in my mind simply because it felt so real. I remember waking up, feeling very disoriented, in the dark with only a blue light. I tried to leave my room but for some reason I was unable to do so as when I tried to, the dream would restart. I tried calling out to my family but I was unable to utter anything. My mouth would open but no words came out. I remember someone trying to saw off my leg as well and I could actually feel the pain. That was the most traumatising part.

I worked with the idea of being in crouched position to represent my traumatised state. The hand is my attempt to reach out and leave but being unable to so it becomes a continuos and futile action. I also focused on my leg to represent the pain I feel before it slowly dies down.

This was a more recent dream that involved many things that I am unable to recall unfortunately. However, it ended with my mum suggesting that I replaced my current bedsheets with white bedsheets. Somehow, something felt really off and strangely sad at the same time but I could not figure out why.

I decided to work with a white table that is hard and laid it on to pretending it was a mattress.