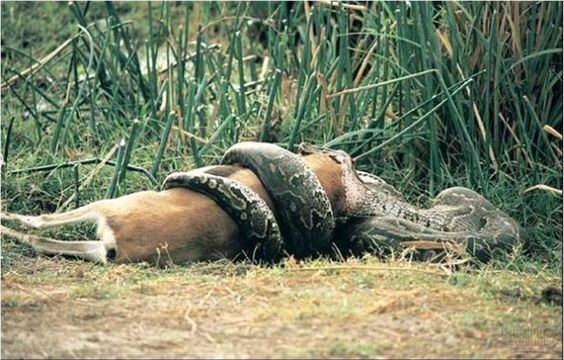 I intend to explore the feeling of contracting and expanding through the manipulation of digital space and costume textiles. Through the use of sound and video distortion, the feeling of contracting and expanding can be further amplified and appear to swallow the performer, giving an off-screen presence to technology. Through this piece, I hope to investigate how video technology can create a powerful presence even in the absence of a physical body and how this presence can interact with the performer in a predatory-prey relationship.

I was mainly inspired by a video of a snake swallowing a deer whole. There is a certain beauty that comes from the contracting and releasing movements of the snake. I like how the slow process is intense and the whole process of a predator consuming its prey becomes strangely seductive. I think it would be interesting to see this process replicated between the digital space and the performer. 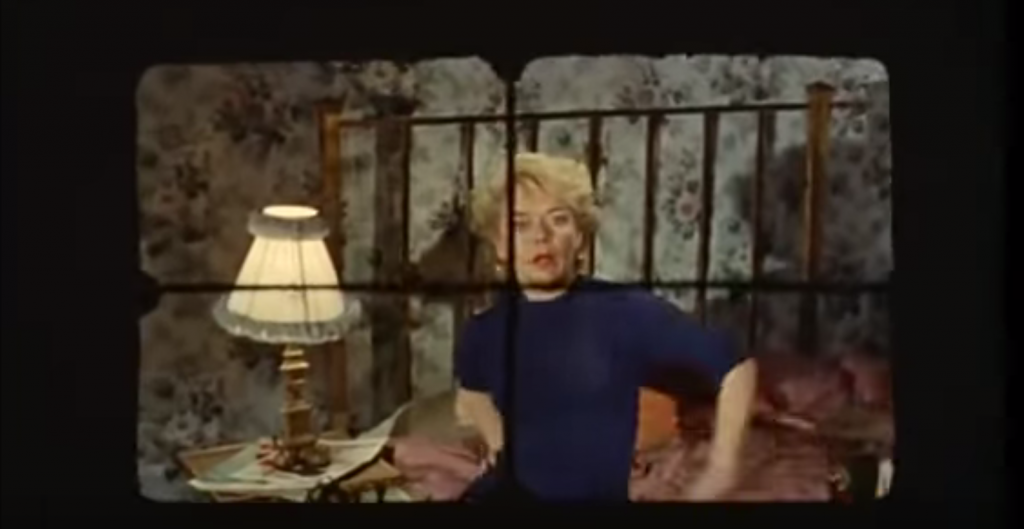 For the shots, I plan to reference the killing scenes from the film Peeping Tom (1960). In the film, during the murder scenes, the killer appears offscreen and we are looking at the victim from the perspective of the camera. I plan to reference these shots to mimic the feeling on an off screen killer but not have the camera frame but something of a more digital nature.

When I thought of the idea of using video distortion to create an off-screen presence that grows in the digital sphere,  the Collapse of PAL came into mind. The use of glitch, distortion and filters on existing real life images creates a strange ominous presence throughout the entire video. The scenes with landscapes appear especially bizarre when removed from the scenes with the human face as the ominous feeling comes from within the video itself and we are unable to picture a physical being as the source. This makes the video itself become a menacing character and I would like to utilise similar technique to do this and have it prey on a physical being (the performer) instead. This would create an interesting interaction between the performer and the digital space. 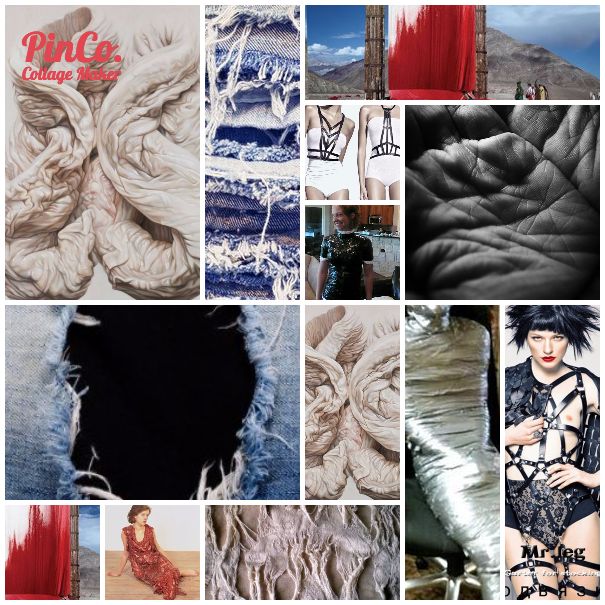 The above Pinterest is my mood board for some elements I plan to incorporate into the costume. I thought of it in terms of contract and release. For the contract parts, I thought of duct tape, folded cloth and harnesses. For the release, I thought of tears and rips. I think having splashes of color appear on the dress can also add to the narrative too. So far, I have bought a dirty yellow cloth which I plan to stain with red to represent blood somewhere midway in the performance to show she has been killed.