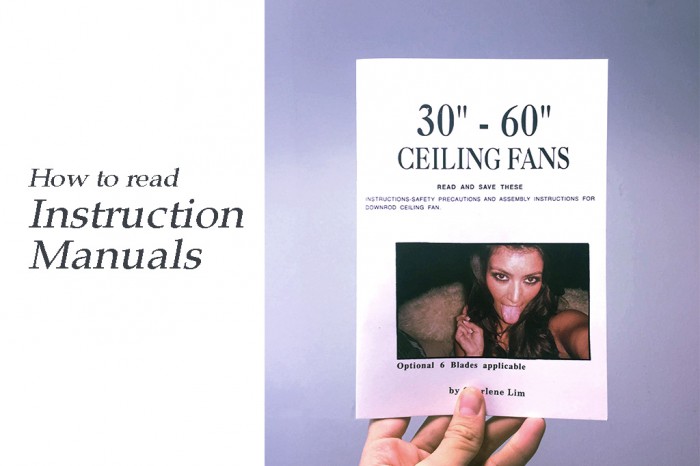 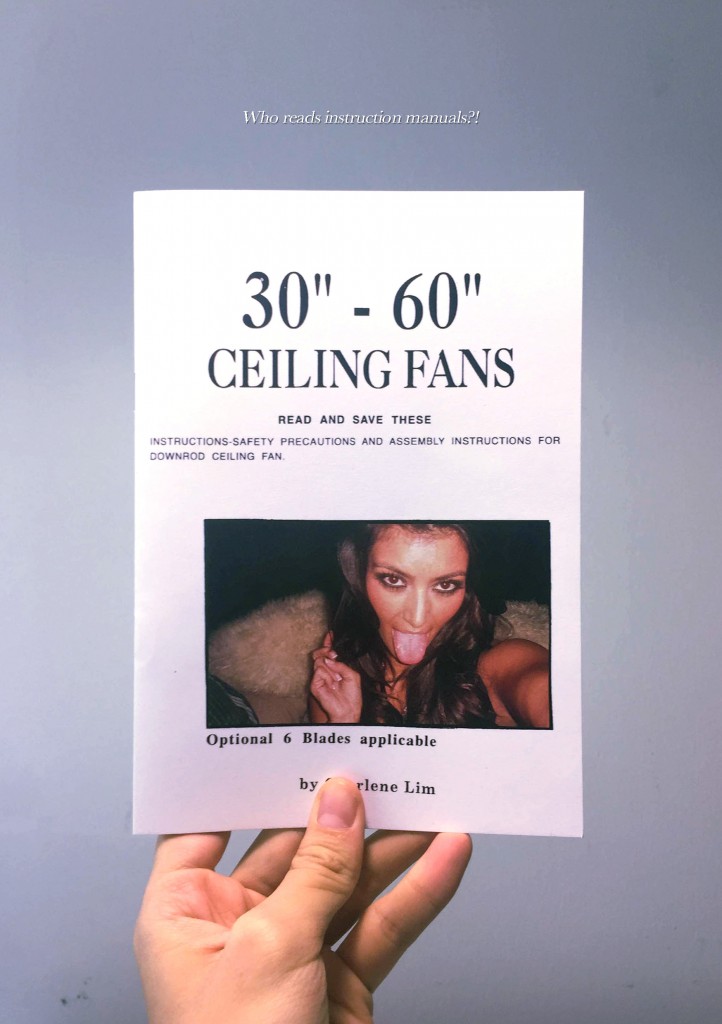 I decided to work with instruction manuals after finding a whole stack of old ones that had been left on the shelf unread for years. I thought that was interesting since instruction manuals were meant to instruct users on how to use an item and thus, should have a purpose to allow them to be read. However, after checking around, I came to the conclusion that indeed, no one really reads instruction manuals anymore. This idea of a reading material that has lost its purpose struck me as something worth exploring (or maybe I’m just wasting my time lol) and including into my concept of unreadable zines. I researched on why people do not read them and realised it related back to our habits of reading and how these manuals were not designed with us in mind. 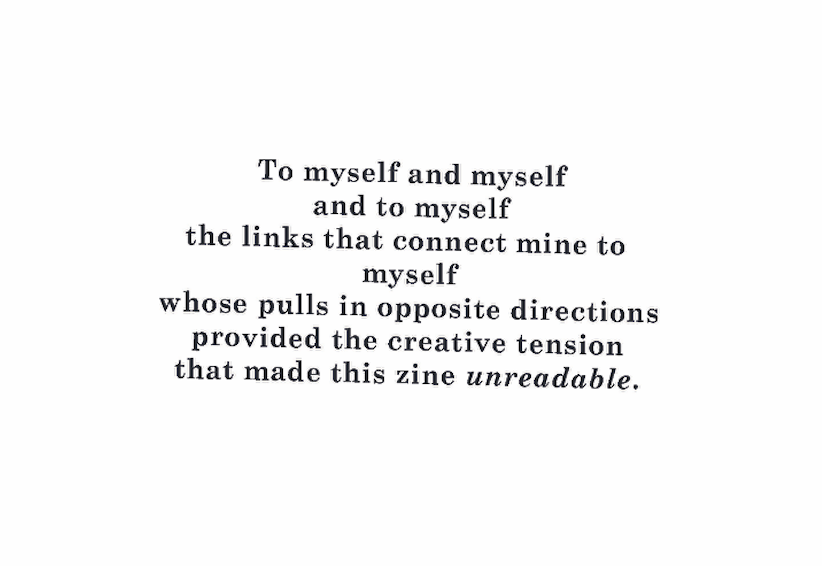 To reflect that the manuals were not designed with us in mind, I dedicated it to myself.

Thus, my challenge for myself was how to make people reread these ancient relics that are supposedly unreadable. I scanned the instruction manuals and cleaned it up to make the different ones look more cohesive. I started out with wordplay, picking certain phrases from the manual that sounded strangely funny when taken out and left on its own. However, the idea just did not work so I thought of playing with pictures instead. After all, we are all quite visual people now especially in this age. This in turn made me consider how our attention span has changed due to the bombardment of information from around us through the increase of more communication channels such as social media networks.

I thought the juxtaposition of this against instruction manuals would clearly show this change. I used a selfie of a (current) famous celebrity Kim Kardashian on the cover to show how we prefer looking at covers with famous people (advertisements, memes) than a boring direct cover. (a bit of a generalisation but then again if my zine did not have that image, I highly doubt anyone would bother picking it up lol)

Words like “Note” that used to only denote a few meanings such as notebook or noting down have expanded to included the Samsung Galaxy Note. Pop culture has also become closely linked to once plain words due to its strong impact created by these new communication channels. For example, the word ‘Problem’ can be easily associated with the song of the same title by Ariana Grande. I was also driven to work with this idea after reading about it in Alvin Toffler’s The Third Wave.

Information overload will lead to ‘future shock syndrome’ as an individual will suffer severe physical and mental disturbances.
– Alvin Toffler 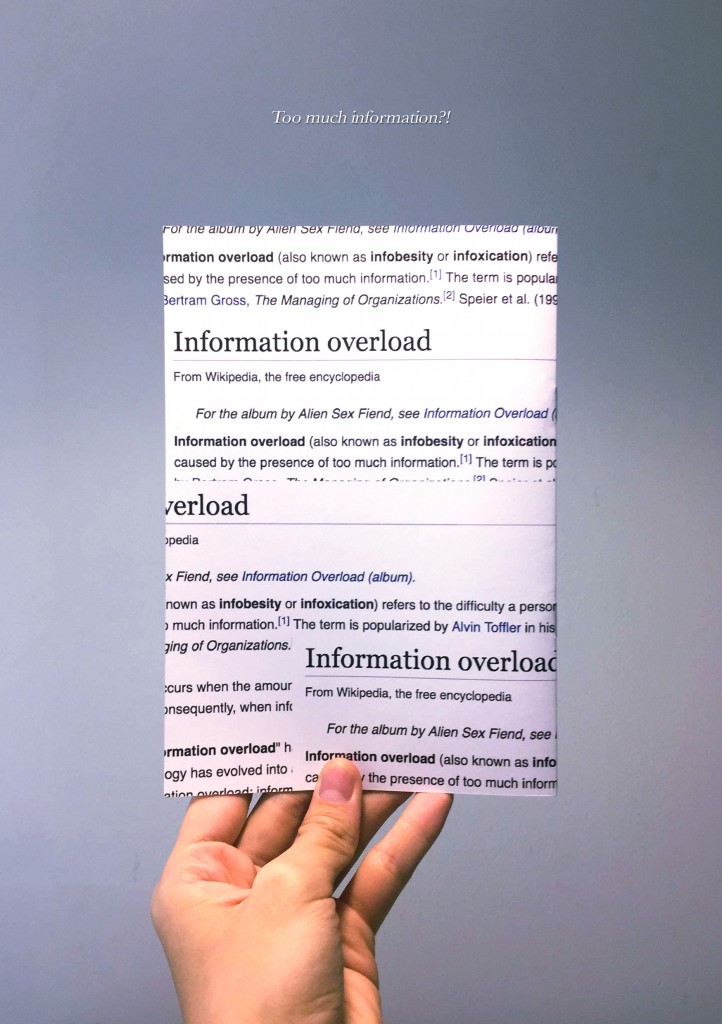