The following are my drawings: 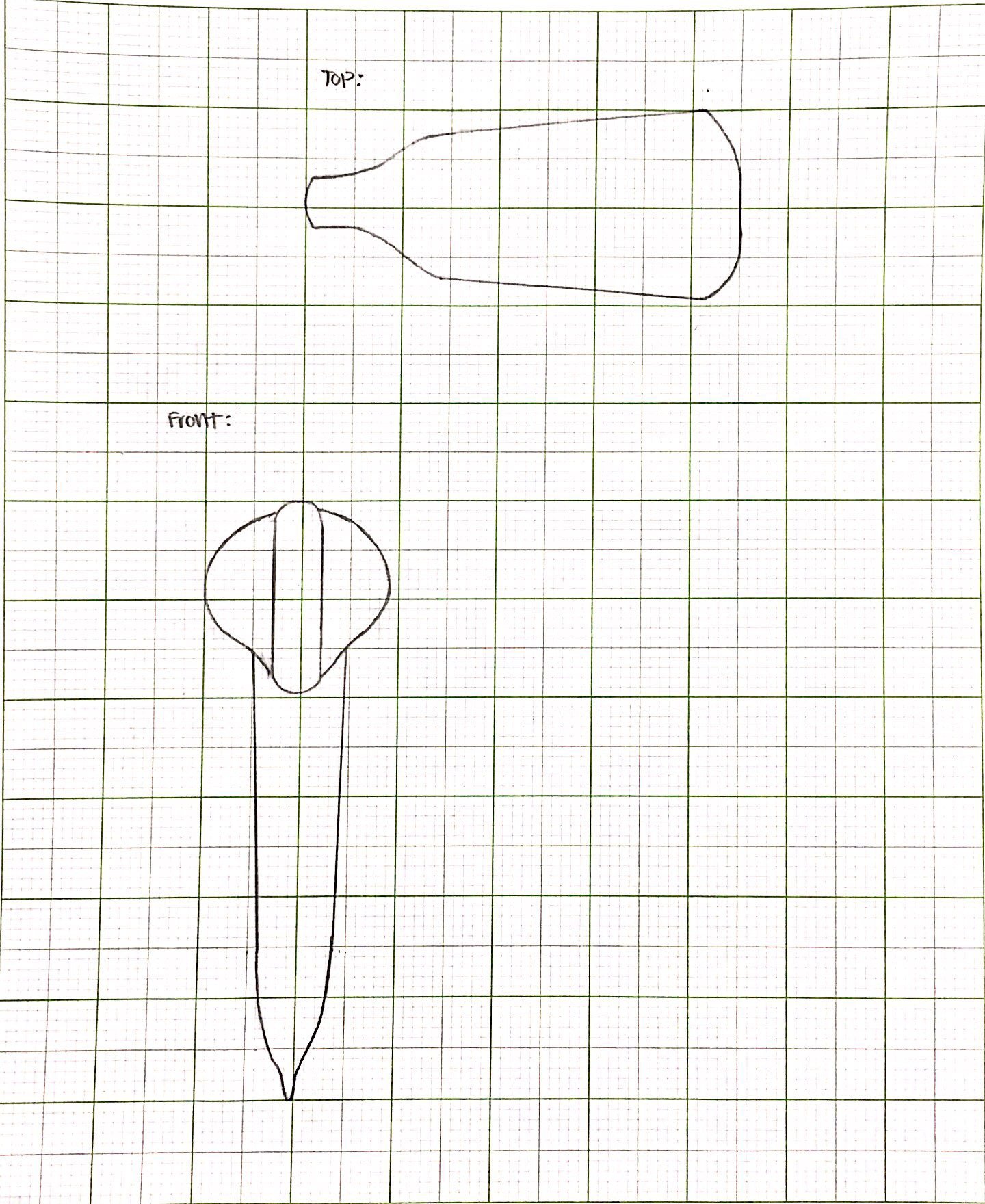 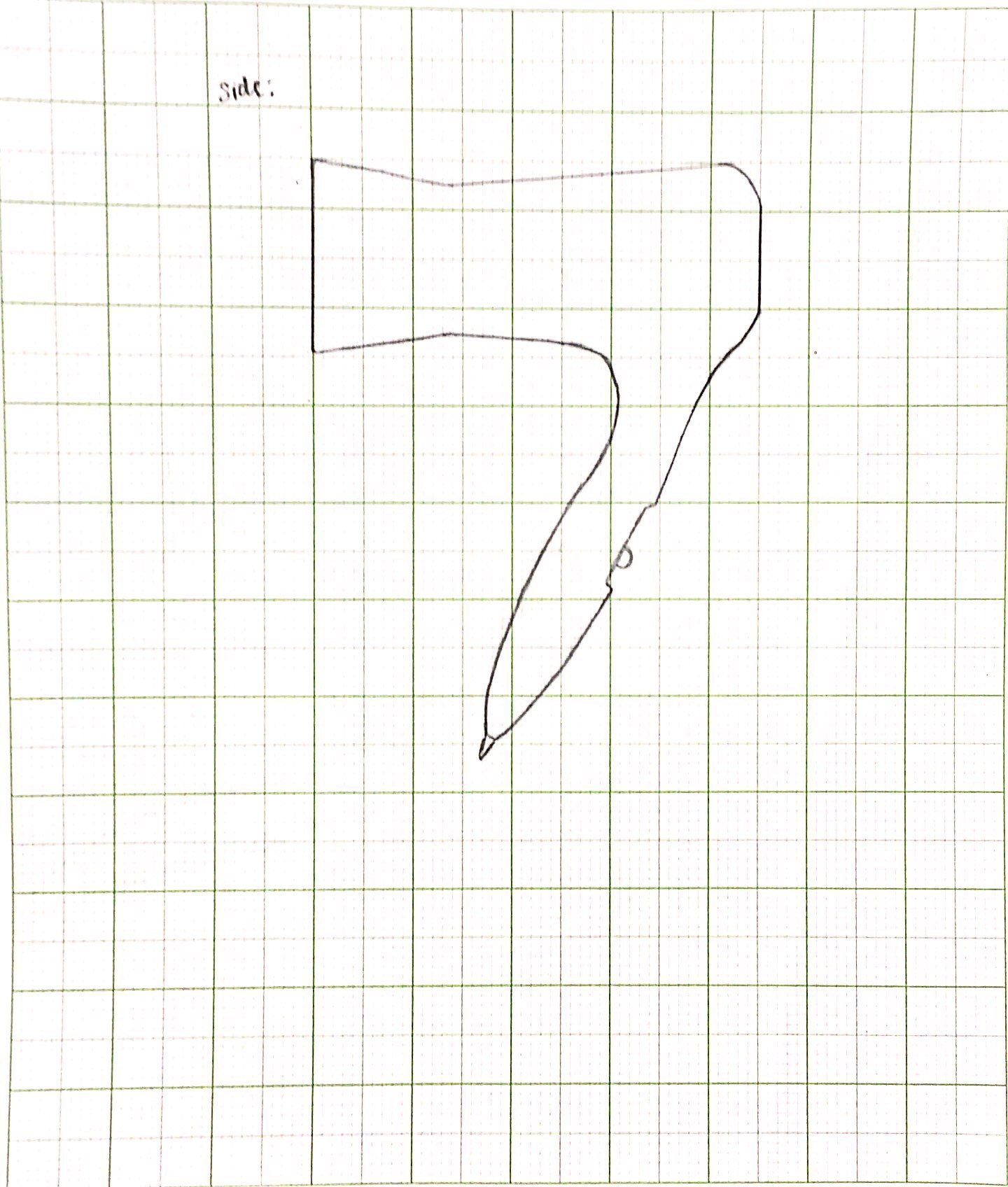 These are images of my object: 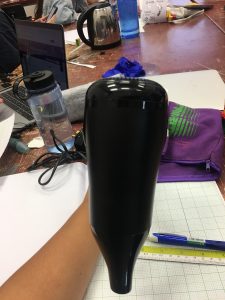 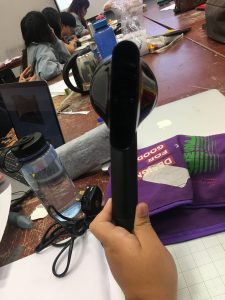 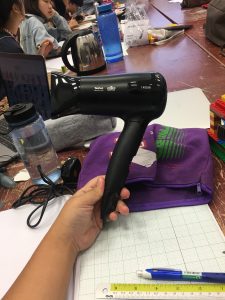 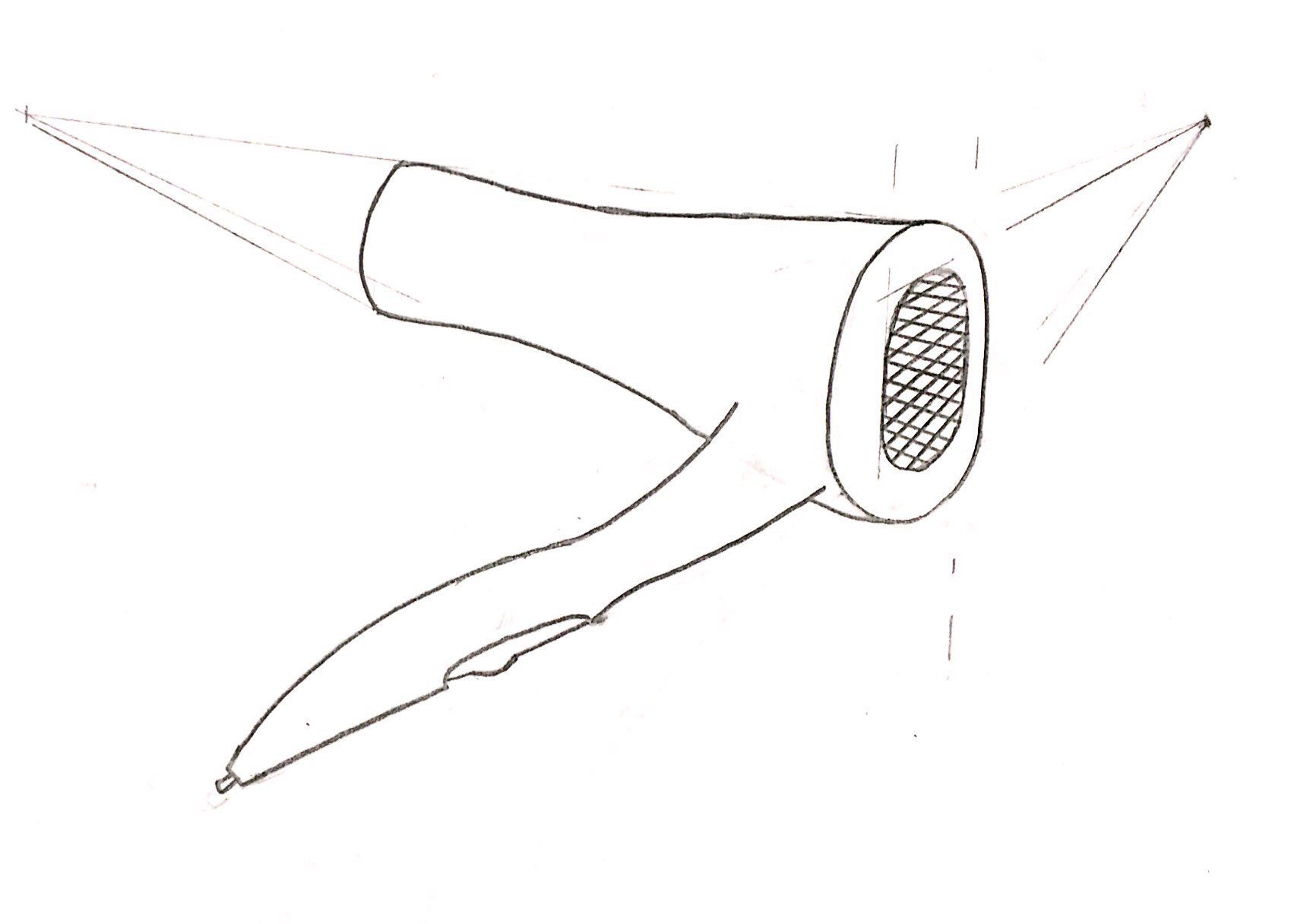 For the weave assignment, my partner Jessie and I decided to split the work. She did the 2D pattern weave while I did the 3D pattern weave.The following are pictures of her weave: 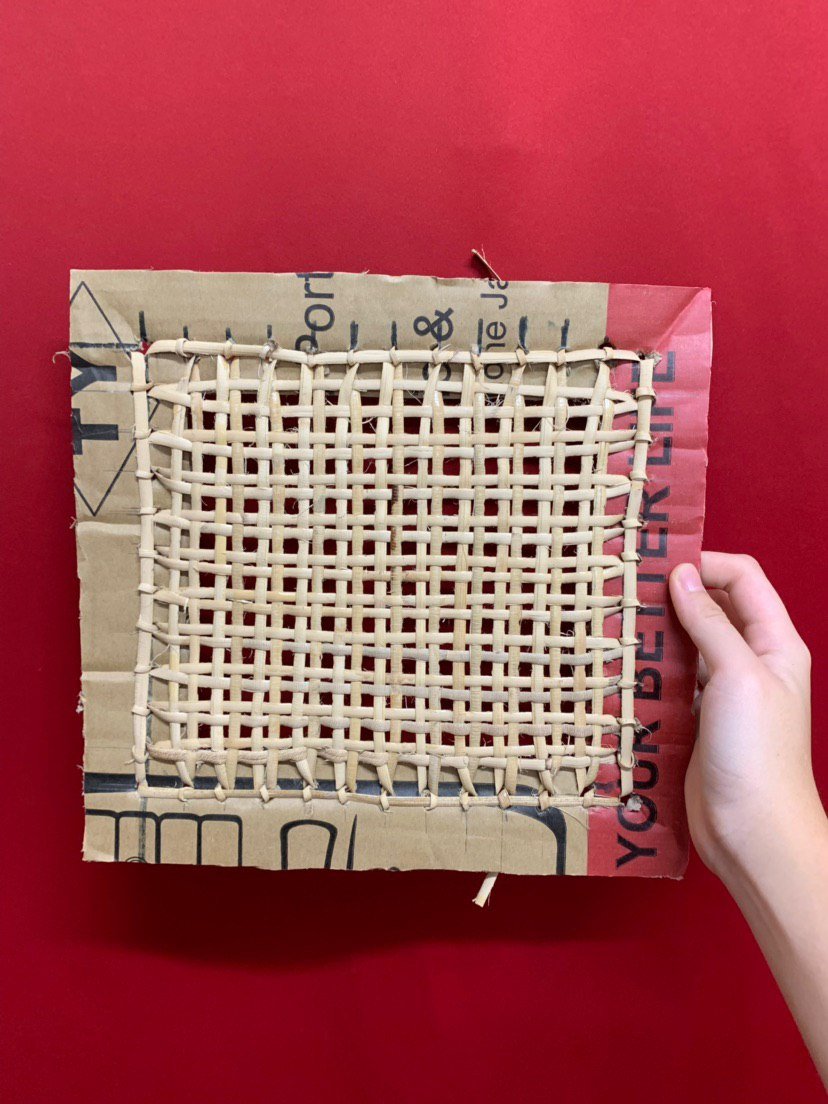 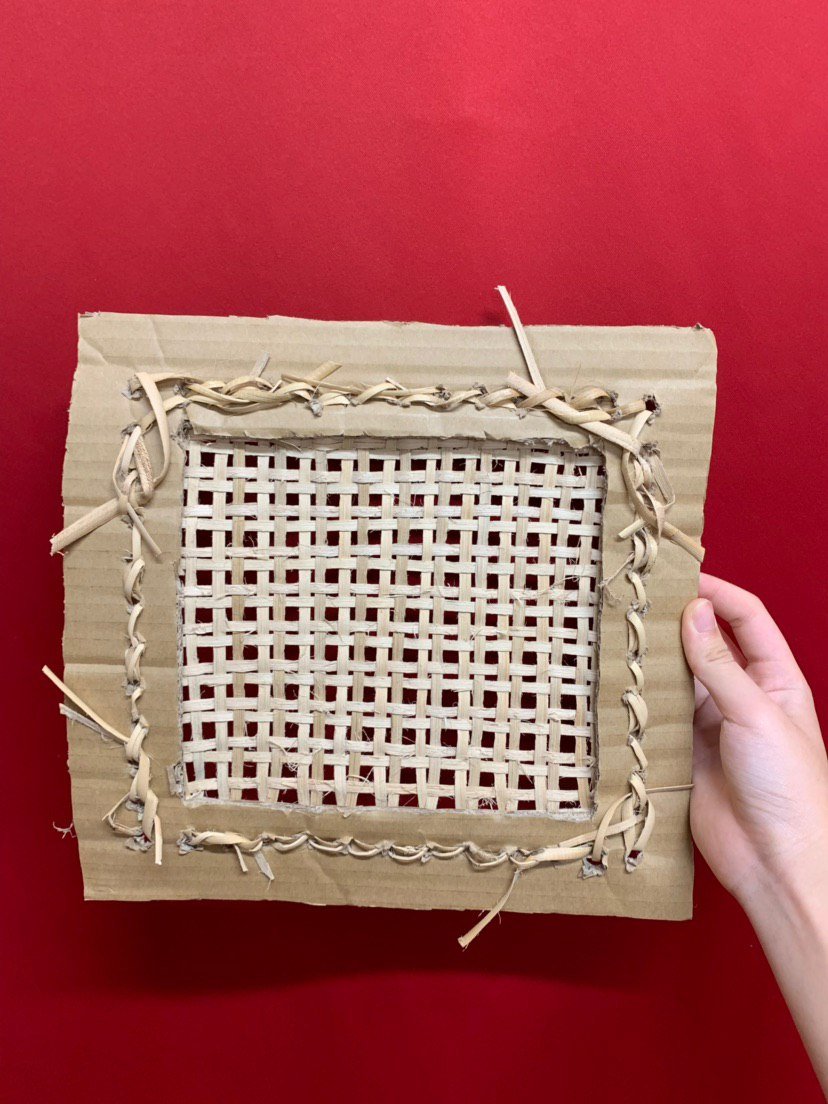 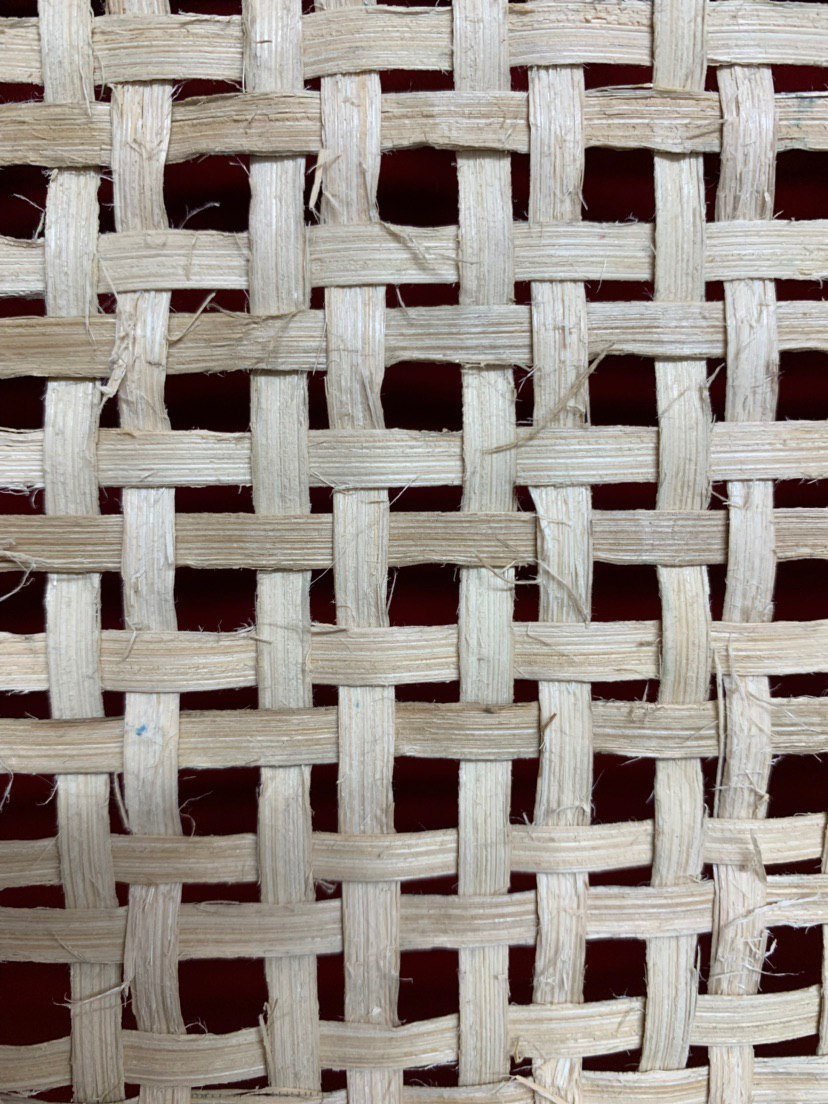 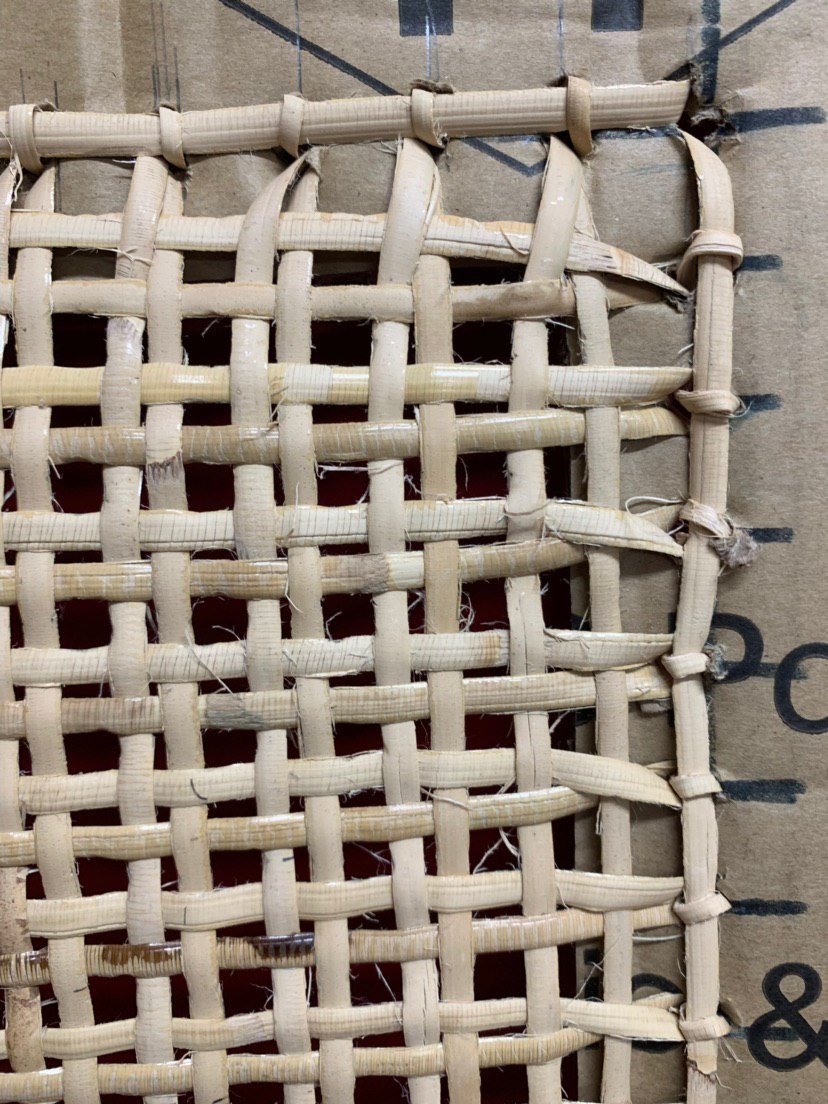 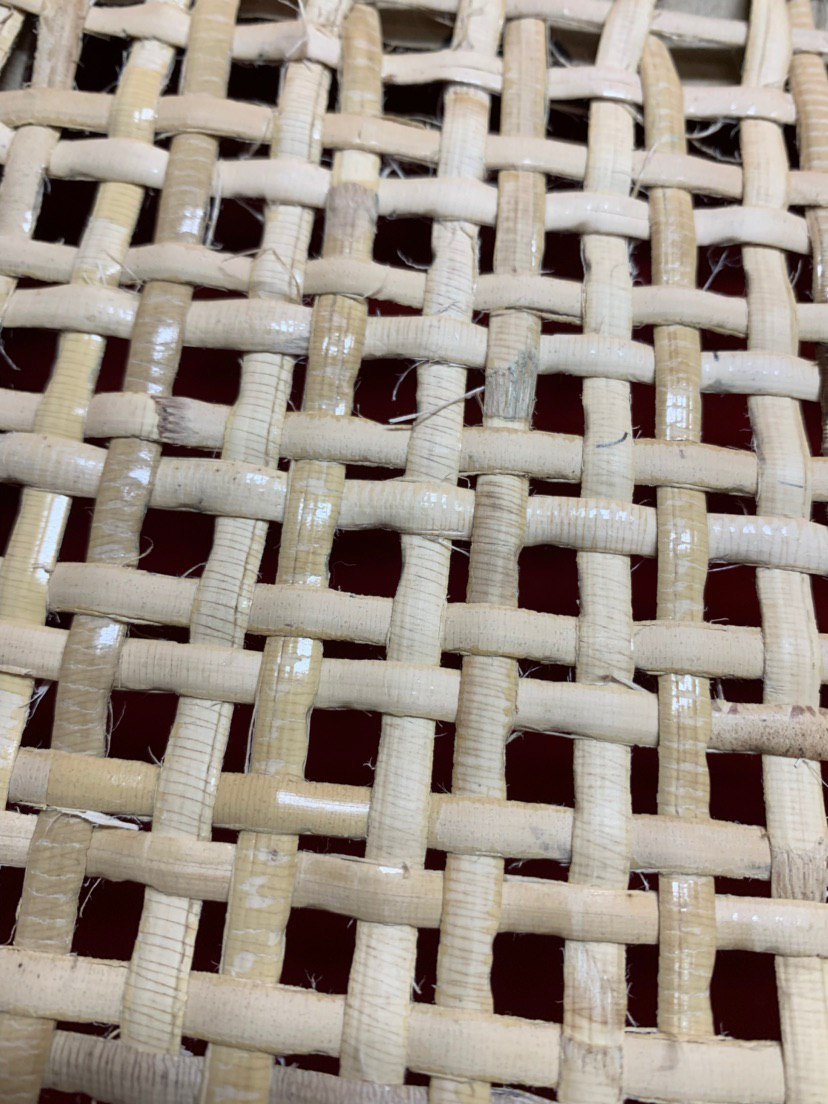 This is a link to her work:

I was inspired to make a rattan hat so I did.

This is the process: 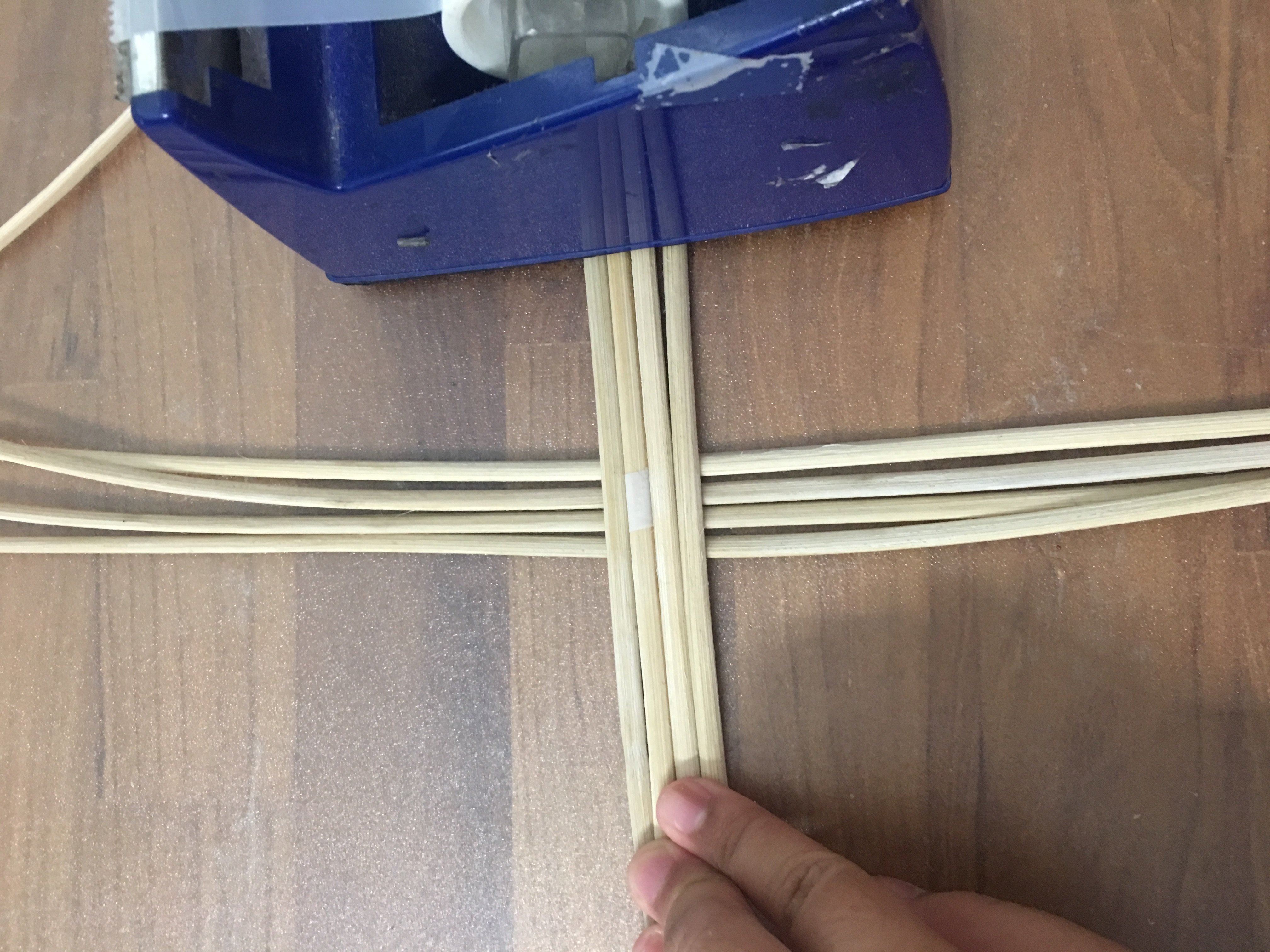 I started with a 4×4 criss-cross base to form the middle part of the base. 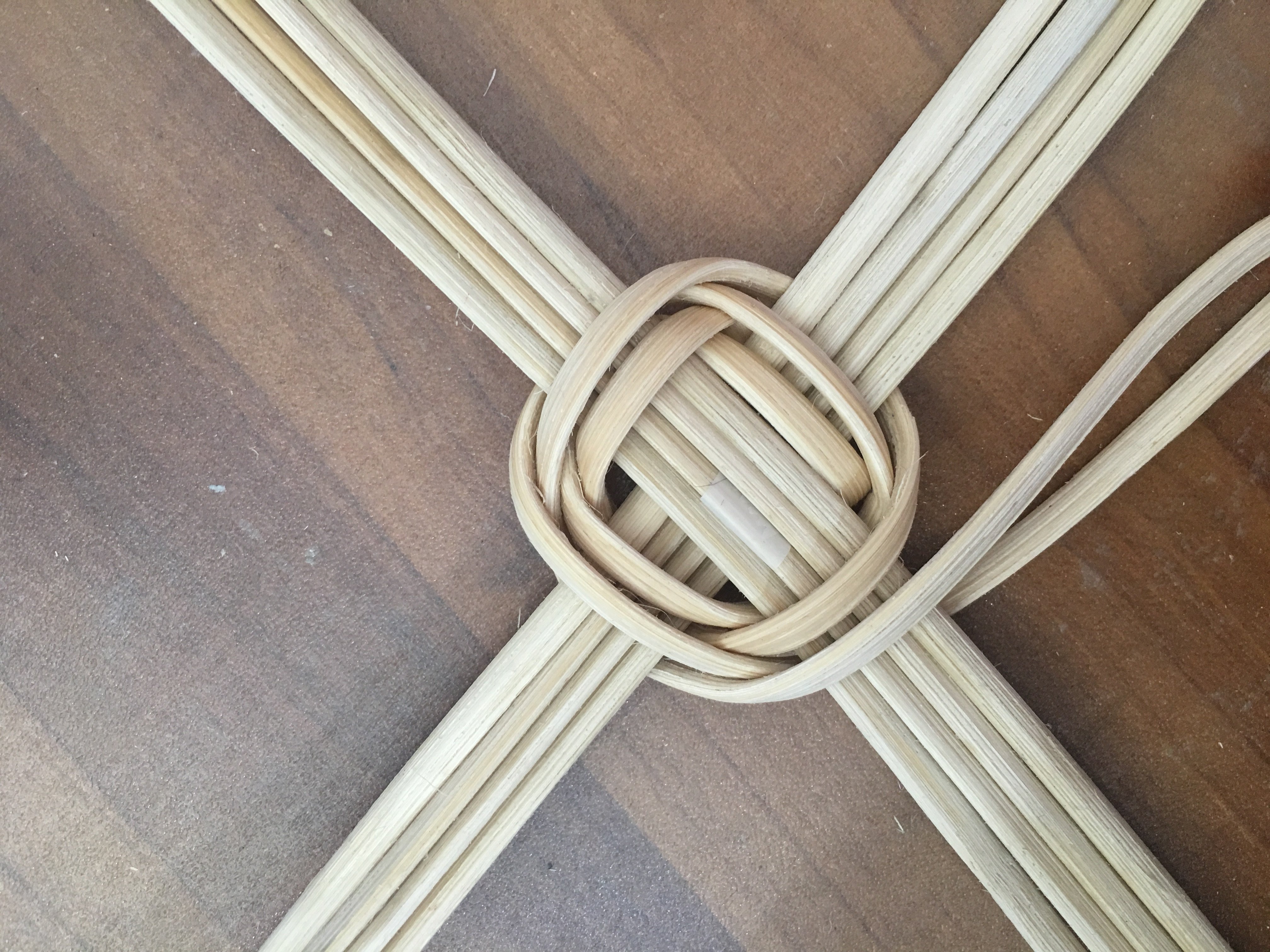 Using another long strip of rattan, I started to curl at the base to interlock the 4×4 together. It ties in as shown above. 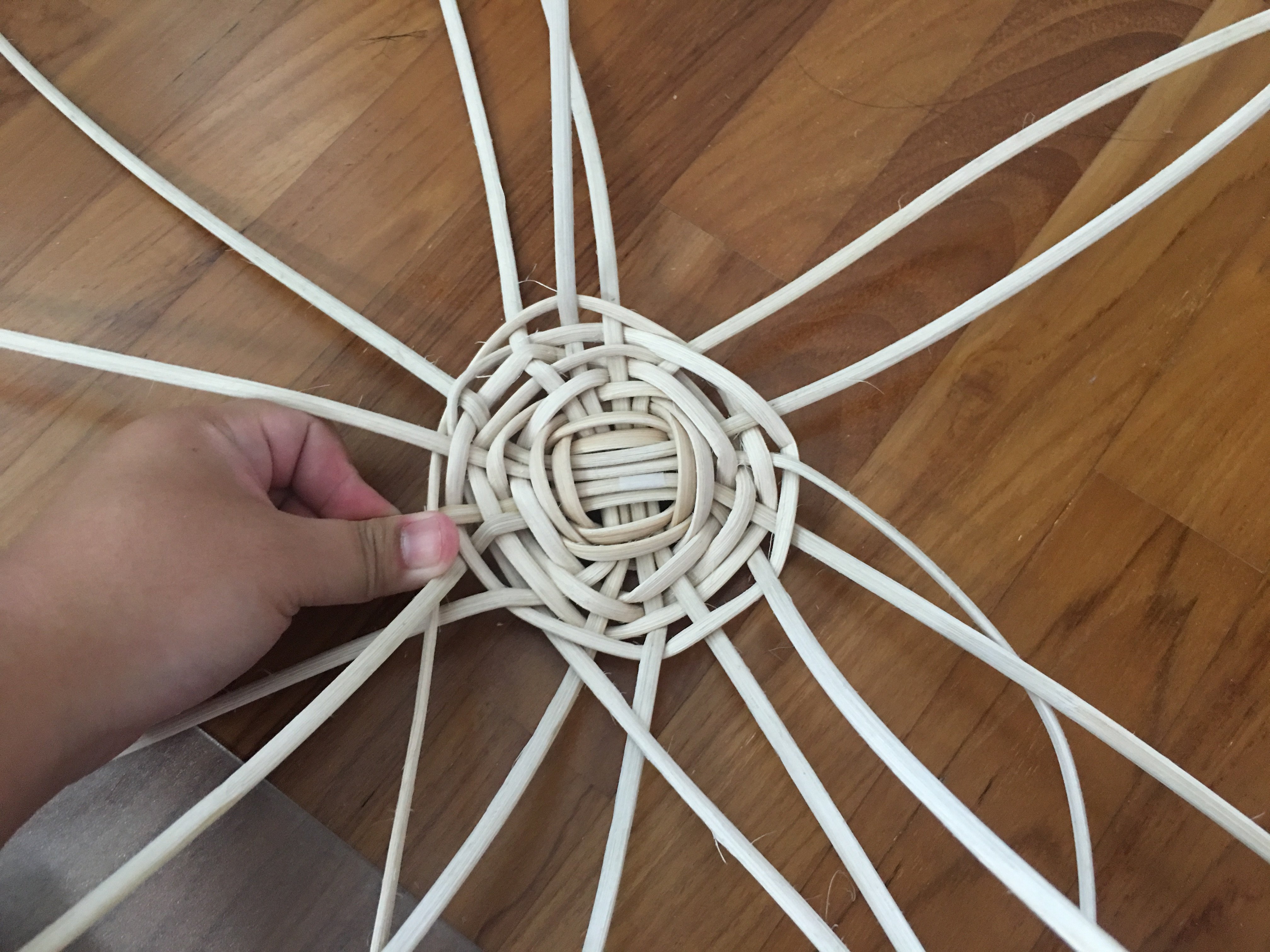 The rest of the weave consist of splitting the 4 strands of rattans into individual strips. This part was quite difficult because of the stiffness of the rattan used despite soaking it. And because I was curling in a flat circular motion, the edges of the rattan was vary hard to curl. 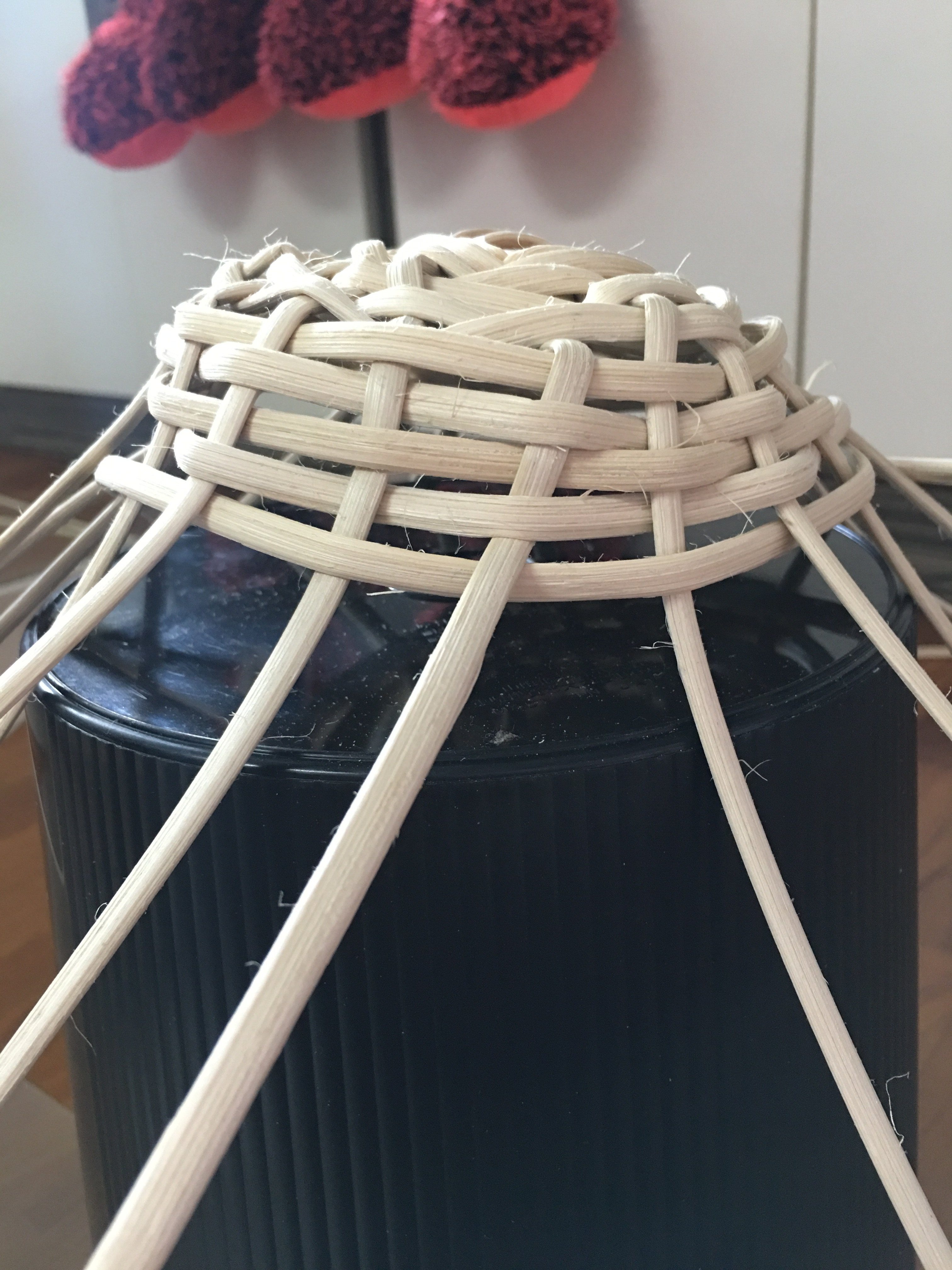 After weaving the flat circular top, I weaved the rest in a curved circular motion to form the bowl part of the hat. 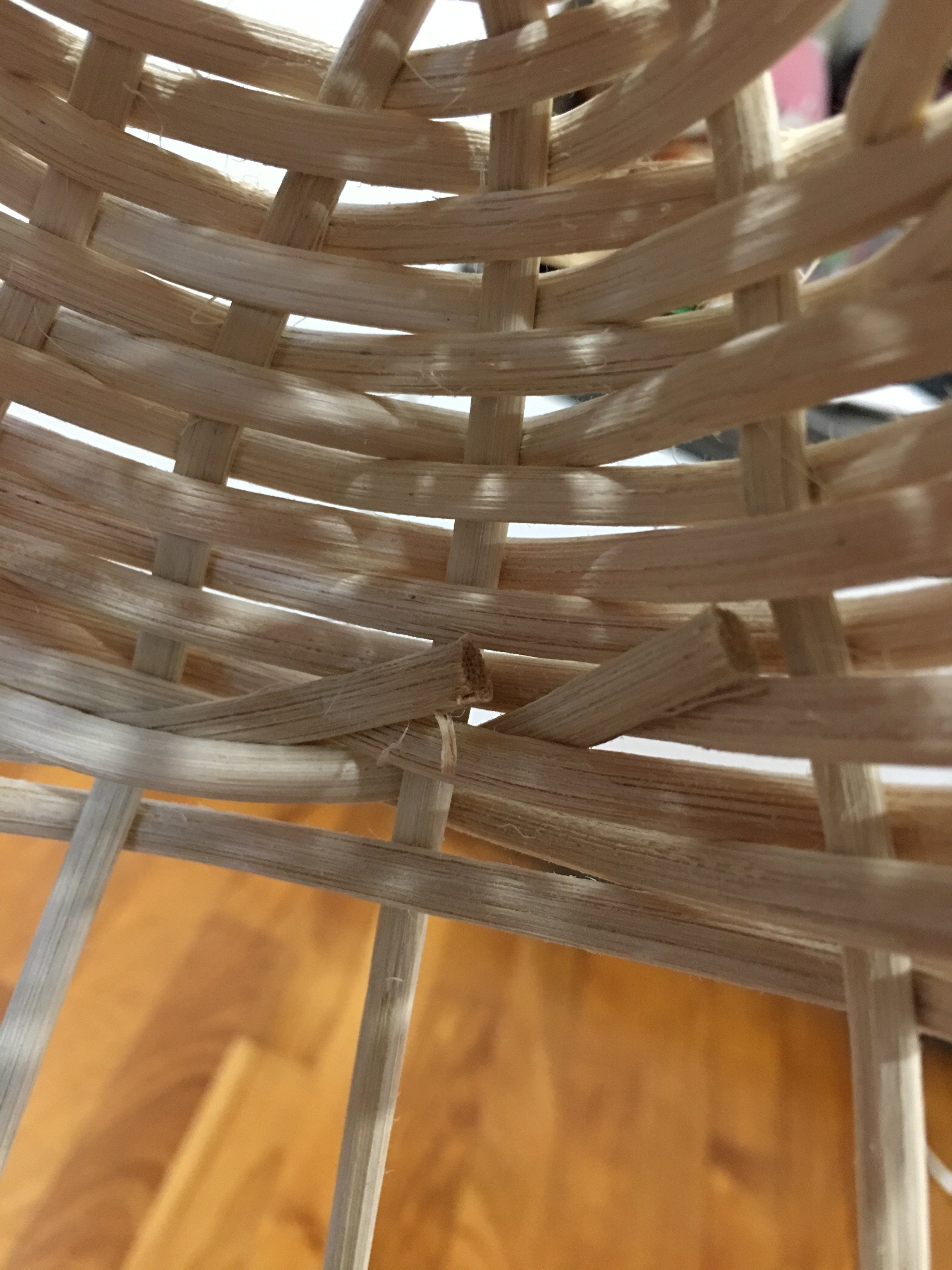 Because the rattan strips were not long enough to continuously weave, I had to use new strips by tucking in the ends into the hat. This resulted in some uneven weaves from the outside. 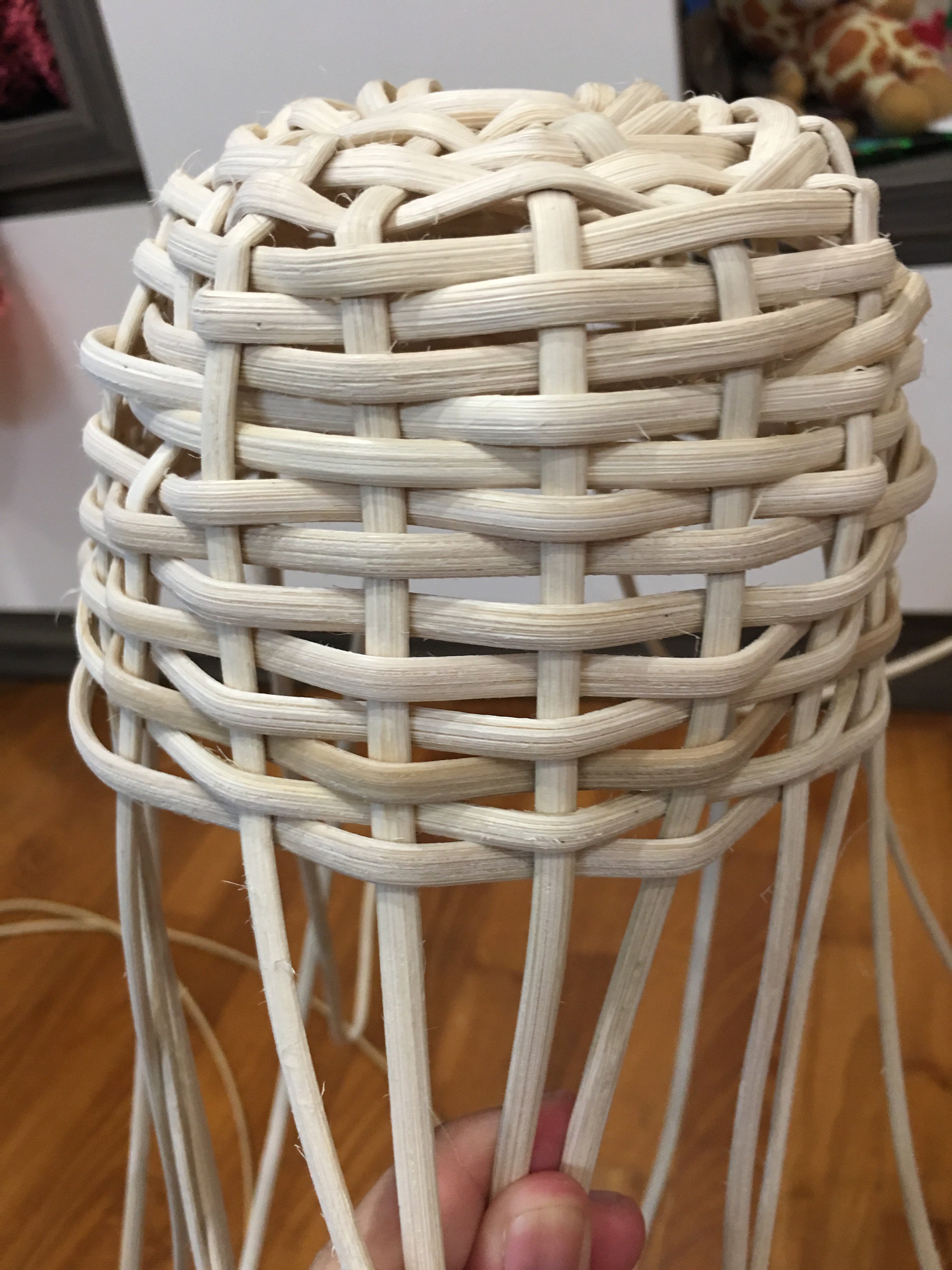 I continued the bowl weaves until it forms the top part of the hat.

After that, I continued with the flat circular weave again, which I then faced the same problems as when weaving the top part of the hat. 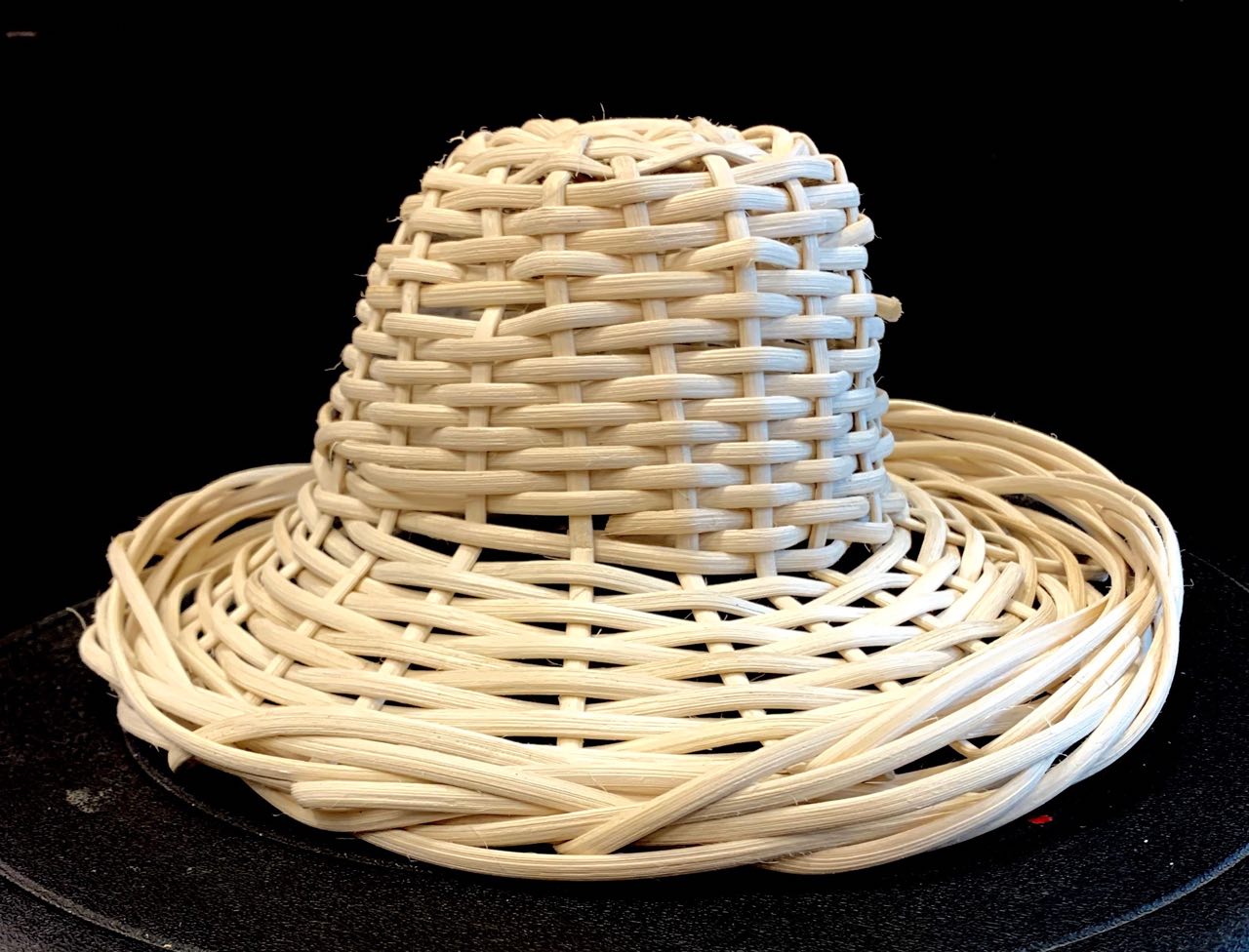 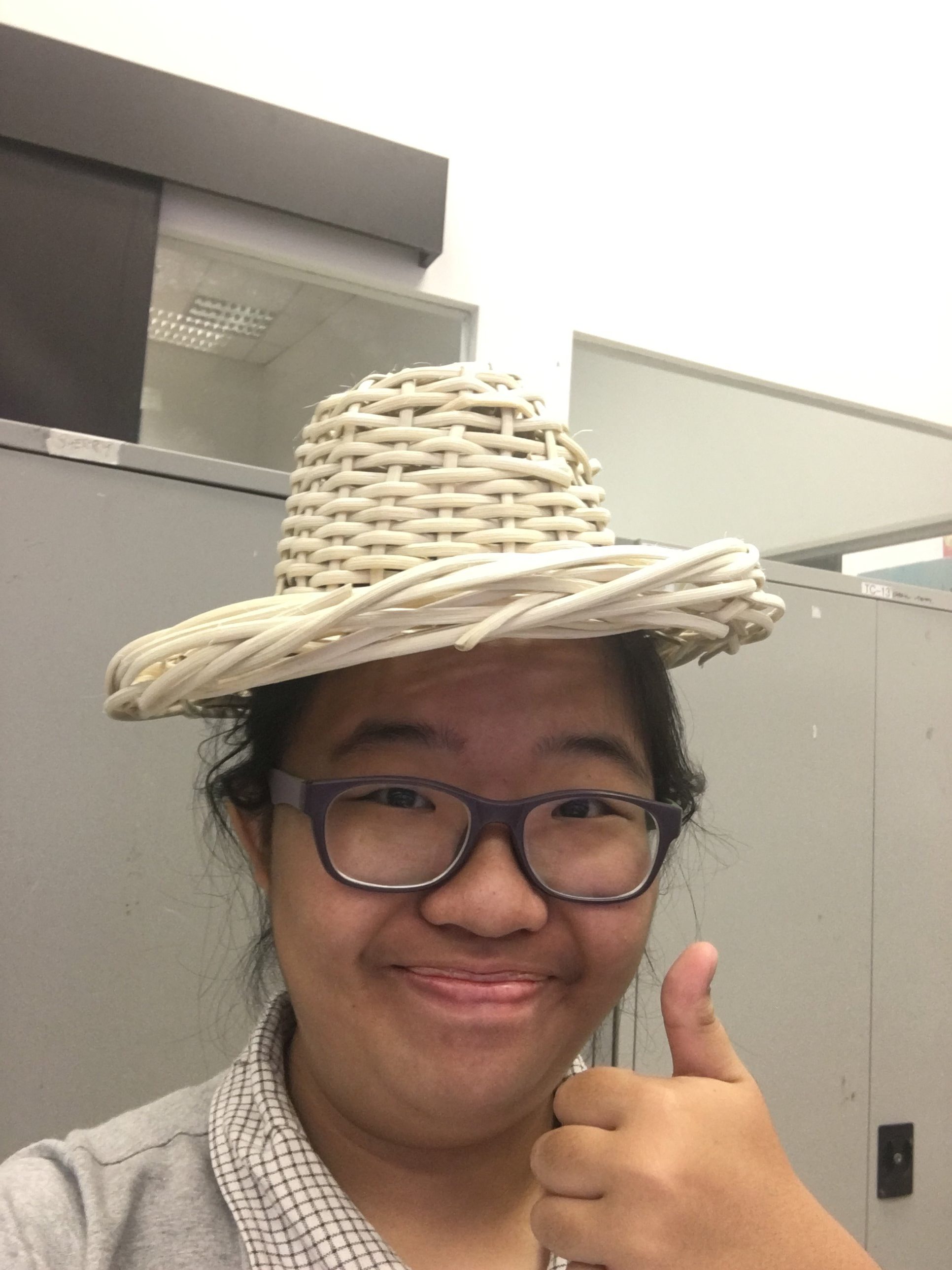 One Reply to “Assignment 2A”