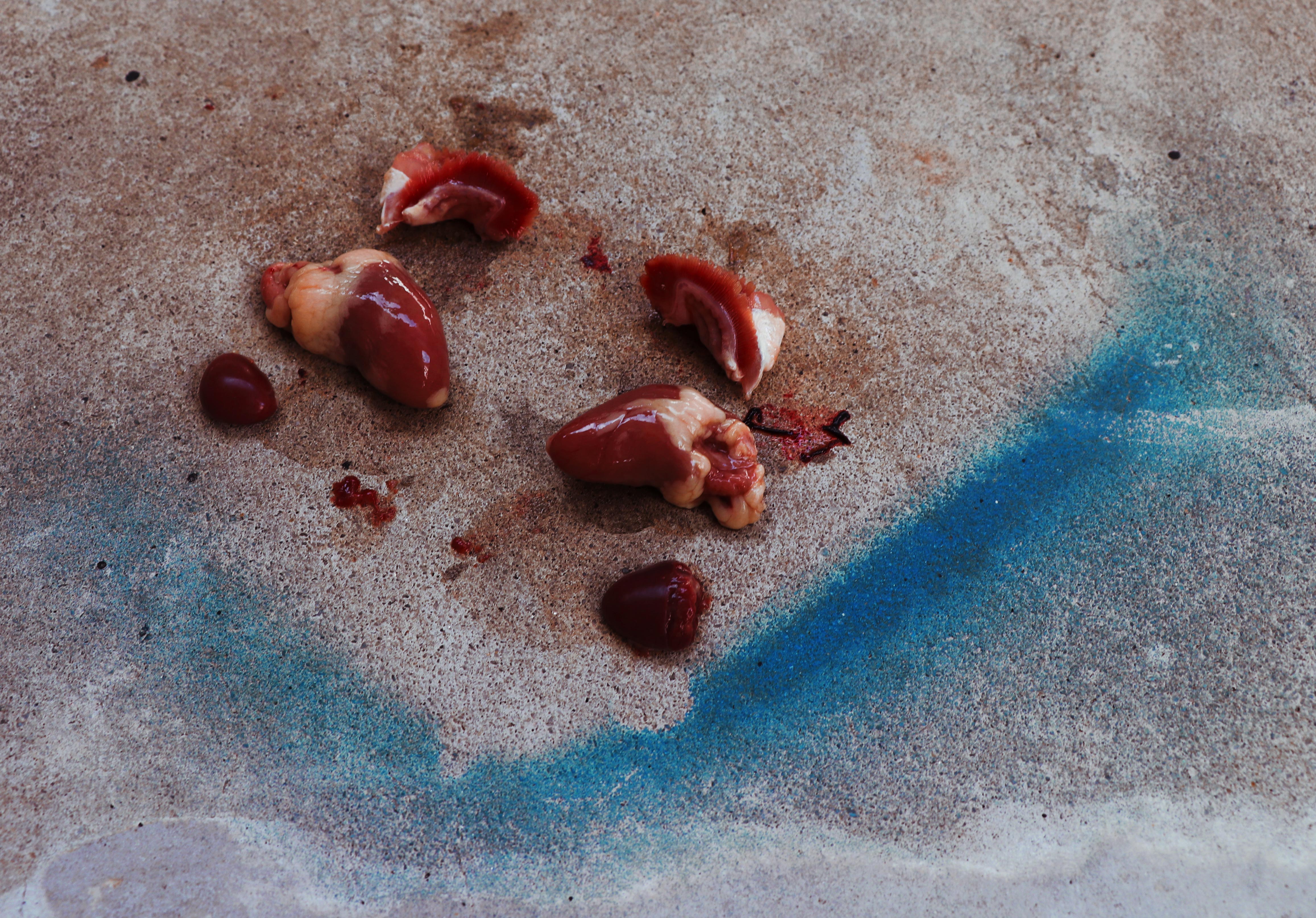 I had a rather rough childhood and actually started off this project trying to rediscover what ‘play’ and ‘fun’ felt like as a child. Focusing solely on a childlike concept of ‘playfulness’ eventually became too one dimensional, so I decided to incorporate my childhood experiences with gore and disturbance.

I had planned to use parts of a red snapper (i.e. eyes & gills) for the ‘face’ but ended up switching them out for chicken gizzards (i.e. heart, lungs & spleen) due to the lack of vibrancy in colour. Furthermore, with the initial image being blatantly characteristic to a ‘face’, the chicken gizzards now help to bring out an eerie atmosphere to the sinister entity. Shaped in an arched manner depicting smiley eyes and suggestive eyebrows, I intend to evoke an unsettling discomfort in the viewers.

It was rather difficult to photograph this image as previous placements of the organs had left bloodied entrails, patches of moisture and blood stains on the ground. However, I didn’t want to clean up the whole image in post because I found the stains evocative to childlike innocence and a beautiful representation of the effects of unrestrained play.

Parts of it reminded me of the scene from Matilda when Bruce Bogtrotter stole a piece of chocolate cake from the school kitchen knowing fully that there would be severe consequences. Children are playful and inherently curious about their surroundings, so they go ahead and push the limits of ‘play’. In this case, the entity continues to terrorise the viewers and is unable to stop despite knowing that its actions carry such effects. Therefore, further intensifying the discomfort in the viewers.

This image is an emotional piece of work which presents a threatening and sinister entity to the viewers while preserving a stolen form of childlike innocence. I wanted the entity to simulate a sense of unsettling discomfort and fear in the viewers that run parallel to my experience as a child who was bullied and publicly humiliated in school.