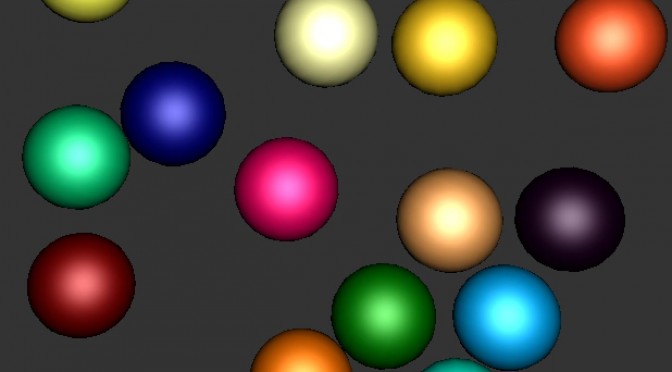 Knowing our semester was going to end near the festive season, we wanted to create a project with a festive concept, making it colourful and musical.

When we began working on our project, we wanted to create an interactive environment. We wanted to immerse a person into a world of movable particles that would move based on the person’s movements. We looked at various ways that we could do this such as box2D and jit.phys.

After doing some research, we came across jit.phys patches and were inspired by cycling74’s physics patch a day. We watched their videos and wanted to create an interactive project set in a 3D physics world Initially, we studied their patch and wanted to create musical interactions with the audience by integrating region tracking into the patch. The region tracking would activate a bang, triggering the balls to move up into the air and create a sound.

While we were working on our project, we also explored other methods of interaction and came across a patch that allowed us to use the pictslider to pick up an individual ball to move it around. From here, we decided that to increase immersion into the environment by allowing people to move around in the world as a ball itself to interact with the other balls. Looking at the different colours, we felt that the balls looked like Christmas ornaments. Combined with the production of sound, we named out project Jingle Balls, based on the song, Jingle Bells.