Upon my brother reaches home, there are a few items that are left around the house deliberately. Knowing his habits of using the toilet roll to dry his hands after washing, I left a note on the toilet paper, leaving him a message of my intention, concerns and reasoning of my actions. The items displayed in the film subtly shows my hints of who were in the house and where I will seek my refuge to. The look of the film is black and white, the filter out the unnecessary elements that will potentially distract the audience or mislead them. The soundtrack of the film is Irene Adler’s Theme from Sherlock which I feel that it is very relatable because it feels that there is a feeling of losing something valuable (in Sherlock, he loses the trust he have in Irene Adler). For my film, I feel that I could not take the chaos in the family, and feel that I should find my own dwelling, in order to find peace and tranquility.

My alter-ego is Sherlock Holmes from BBC Sherlock, I find myself sharing some similar traits as him. Sherlock is mysterious, quirky, independent and witty; thus I portrayed the elements of mystery and not wanting to implicate others in this film. In coming up with the concept, I was stuck between choosing either Sherlock Holmes or Barney Stinson. I find myself having different personas in different kind of situations and felt that Sherlock was more relatable in my current phase in life. Initially, I wanted to have a very slow paced film like shots in Sherlock, but due to technical limitations, I had to compromise with the frame rate. One of the challenges I had while shooting the video is the sound quality of the footages and the background noises when I record using the Zoom audio recorder. Thus, I had to record the sounds at night where there are less activities in my neighbourhood. Another challenge for me was also what items to include in the film that will reflect where I will be going or dwelling. I wanted the hints to show in a subtle manner, like how John Watson develop his cognitive skills through his time with Sherlock.

Barney Stinson (How I Met Your Mother) – Neil Patrick Harris 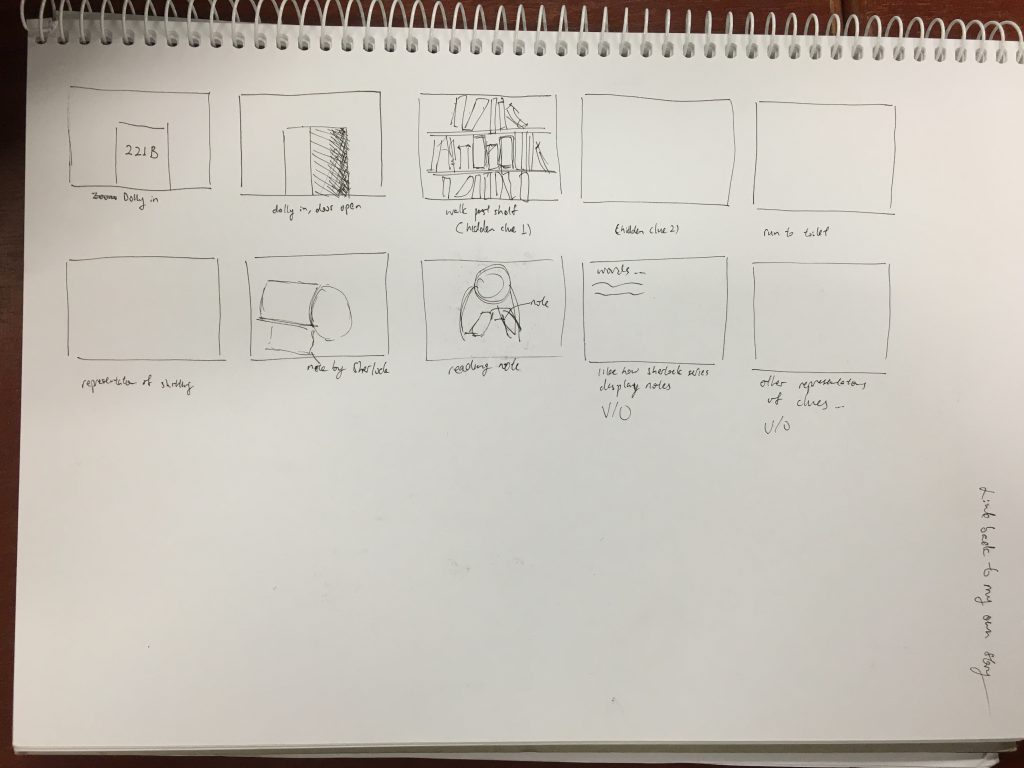