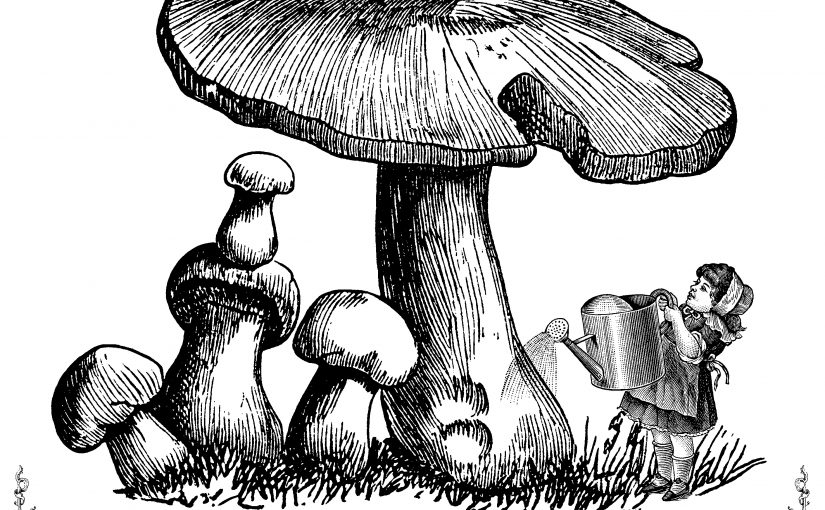 Movie quotes from: Alice in Wonderland 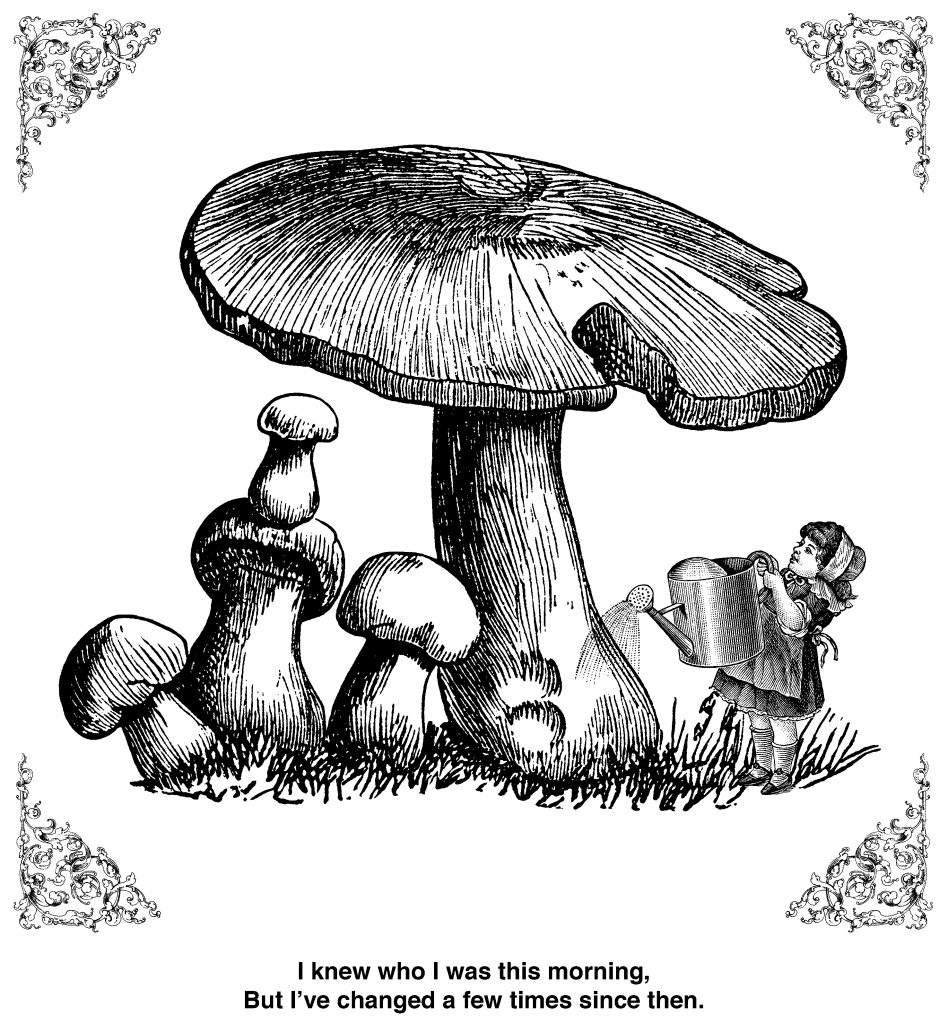 I tried to play with scale for this design as it relates very closely to the story and film itself. Showing Alice in a smaller scale than the mushrooms is of a different perception of how viewers will expect to see a girl watering plants. This will allow them to draw more attention to the artwork. 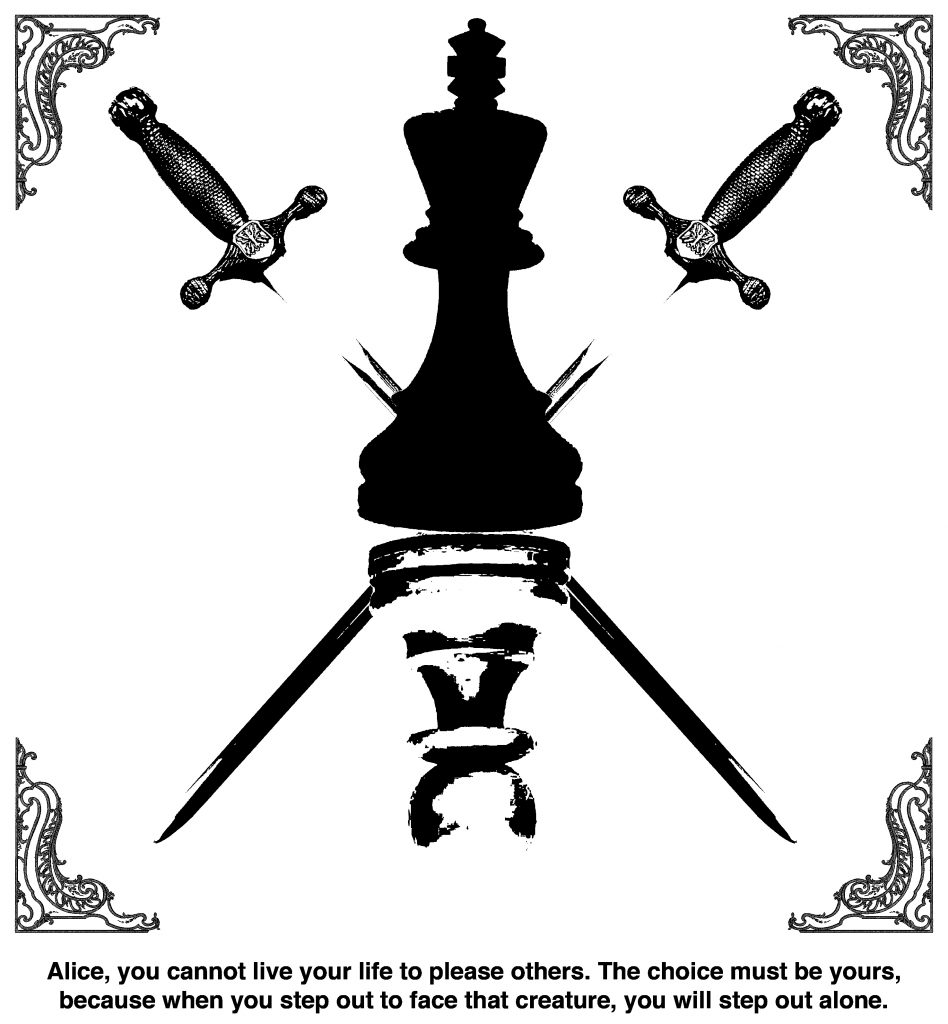 The swords in this artwork represents fight, war, superiority, overcoming fears. The white and black chess pieces represents the good and evil sides in the world. The sword is also the significant item in the movie that played the evil counterpart. In this artwork, I focused more on contrast and shapes. 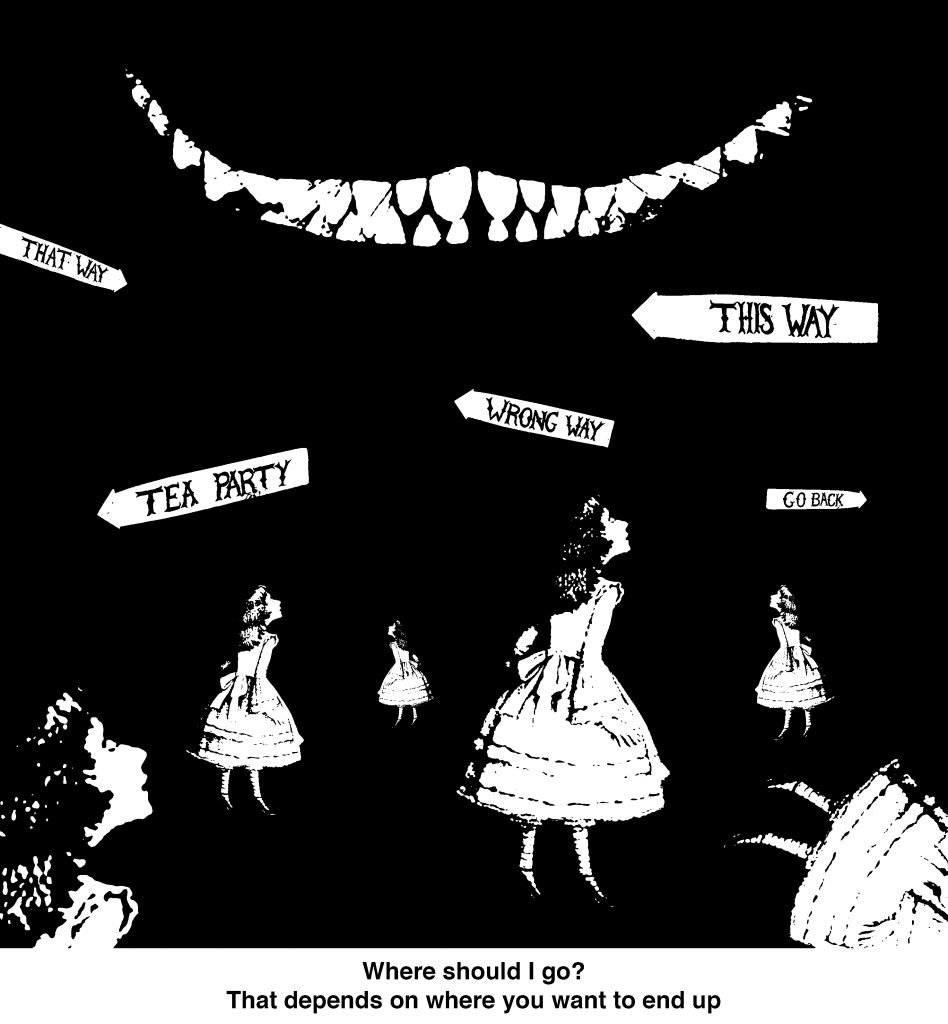 This artwork mainly uses implied lines to direct the viewer’s eyes to deliver the message. The direction that the girl is looking, leads to the signboards, which then revolves around the artwork. 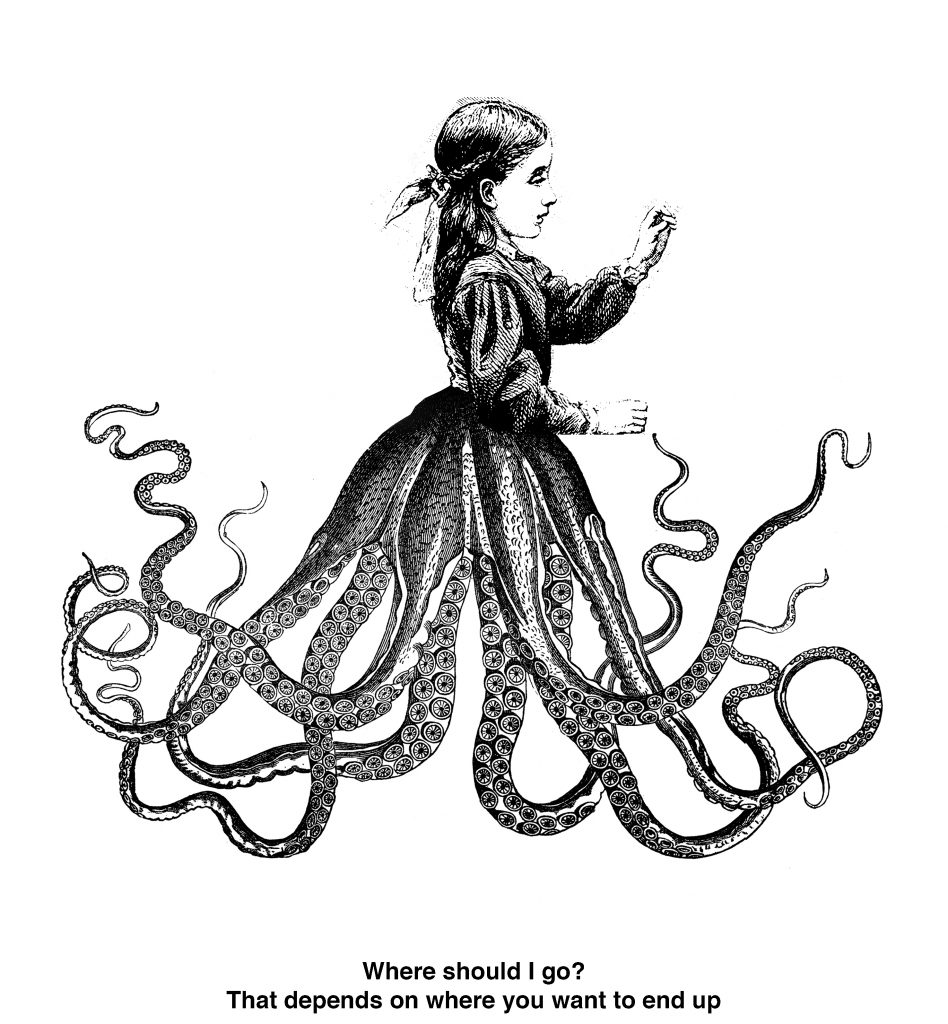 This is another version of the same quote, mainly focusing on the words used. By replacing the girl’s legs with tentacles, the idea of movement is brought up. Displaying the tentacles in a messy fashion, the direction of where the girl wants to go is unclear. Hence, bringing across the message. 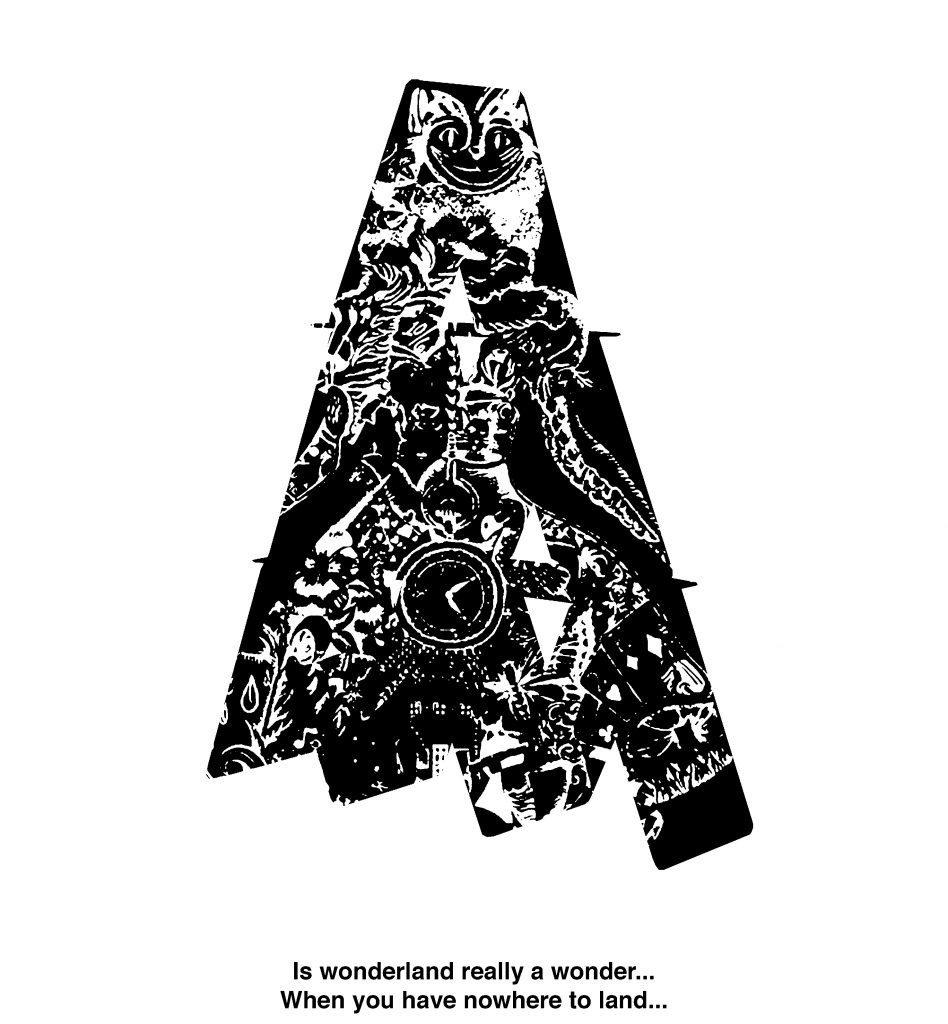 By using Gestalt, I can show collages of different objects that were shown in the animated film inside a card pyramid, which represents the card soldiers in the film.