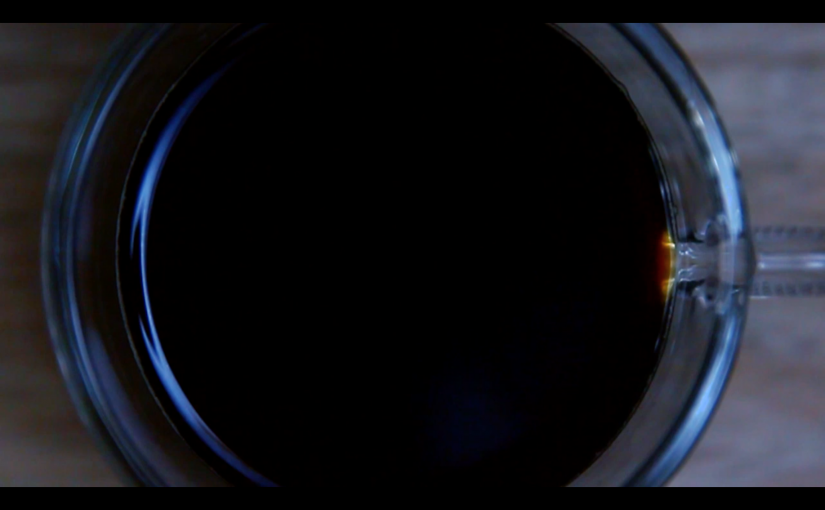 The film starts off with Red cooking a meal for her mother and herself. Red’s mother is worried about Red’s safety whenever Red visits her, as she will always take the shortcut. Red had to leave after the meal.
As Red passed by the shortcut, she felt someone following her. She turns around but there was no sight of anyone. The stalker ambushed Red, demanding for her valuables. She composed herself after the shock and shot the stalker in the head with a pistol, which was in her purse. Red dragged the stalker away and begins to chop him into pieces which reveals that the meals that she had prepared were of human meat. The film ends with Red giving a smirk after eating her prey. 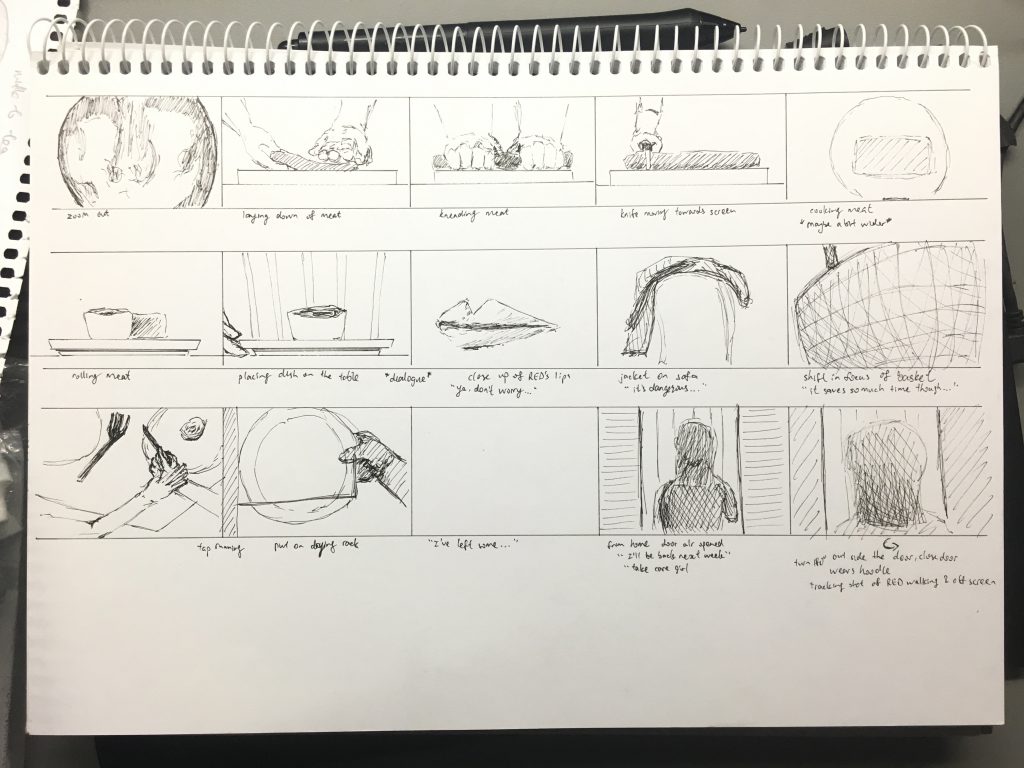 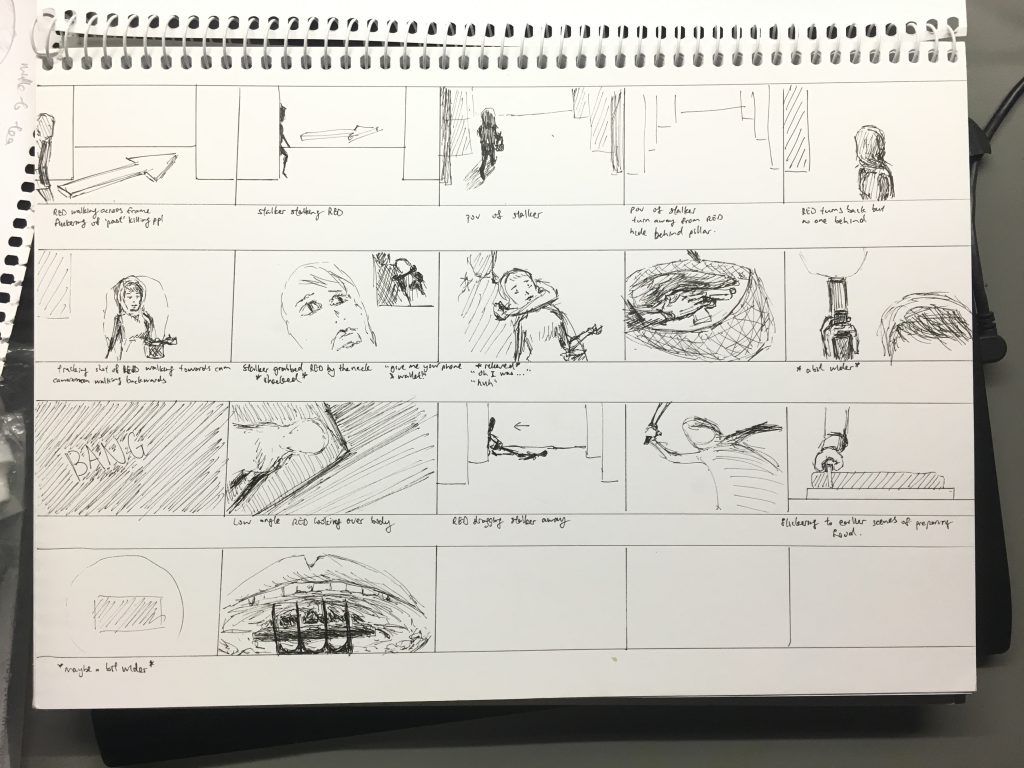 We were inspired by the look of Hannibal series, where he prepares his meals in a neat and delicate manner. It was smooth and slow paced, thus, we filmed our shots in 50fps in order to attain smooth footages when slowed down.
In order to achieve the cinematic look, we rented lighting equipment and covered them with blue gels for the cool lighting. We colour-graded the footages in Premiere Pro, the cool lighting enhanced the blue shadows to achieve the cinematic look.
We also researched the title fonts of horror/thriller films so that the choice of the title font could fit the film. We took reference from The Conjuring and Sinister. We wanted a contemporary feel but also grotesque as it progresses. Thus, we chose a Serif font and add a bleeding effect as it fades off.

We initially faced disagreements as we discussed about our storyboard. Due to differences in photography, it took a while before all of us finally reach a consensus on how the scenes should flow. We eventually resolved the issue as everyone merely wanted the best for our project despite the differing opinions.

Lighting the scene exactly the way we wanted was a challenge as our experience with lights was quite low. Shooting scenes in the corridor with a strong backlight was also a challenge. We managed to overcome these with teamwork, as everyone understood how the entire film was supposed to look so we worked to achieve that. The corridor scene was overcome by making use of cable extensions.

Sound was also an issue as we did not have boom mics and there were scenes where the mic we were using had run out of battery. We overcame the issue of no boom mics by placing the ZOOM audio recorder closer to the actress. For the scenes which did not have audio, we had to replicate the sounds back in school and edit them together in post. This was an extra step and could have been avoided but we managed to overcome it.

One thought on “Project 03: Genre and Narrative – Little Red”