The mandala and Cambodian temple: 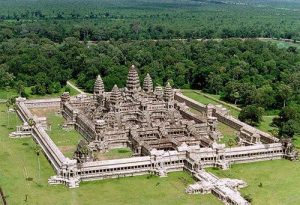 The Angkor Wat temple is the world largest religious monument with the  visualisation of  Hinduism’s belief of the cosmos. The whole layout of Angkor Wat resembles the sacred mandala, with its perfectly symmetrical shape and the numbers of lotus towers. Legend has it, the Angkor Wat was build by gods and giants. 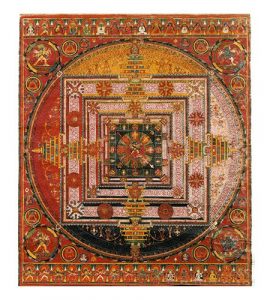 The sacred meanings coded within the structure reveals the formations of the cosmos. People in the past lived a lifestyle by observing nature, by observing the sky and the changes of sun, the solar calendar, Winter Solstice and Summer Solstice are the crystallisation of the observations. The mandala also coveys the division of season which is also protracted on the Angkor Wat. More interestingly, it has been suggested that the choice and arrangement of the carved scenes on Angkor Wat’s walls were intended to tie in with the seasons.

The Five elements and Japanese temple:

The five elements framework can be commonly found in Japanese Buddhist temples in different forms.

Gorinto means five-wheeled pagoda, each wheel represents an element. Gorintos can be seen at temple Chunson-ji and Katsura Imperial Villa. 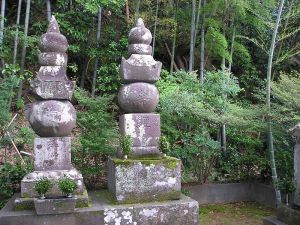 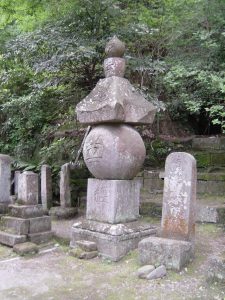 Besides Gorinto, the five elements framework can also be found on temple design, the Five-Tier Pagoda at Kofukuji Temple in Nara is a good example. 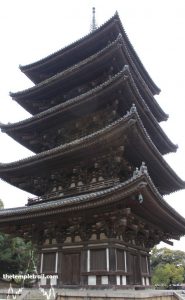 Each layer of the temple represents an element, unlike the related stone gorinto, the elements are not inscribed on each level. The temple is made in different materials on each level to address different elements.

In search of gojunoto, the five element Japanese pagoda

I am a PhD student ADM, my research focus on the intangible cultural heritage and digital humanities. View more posts