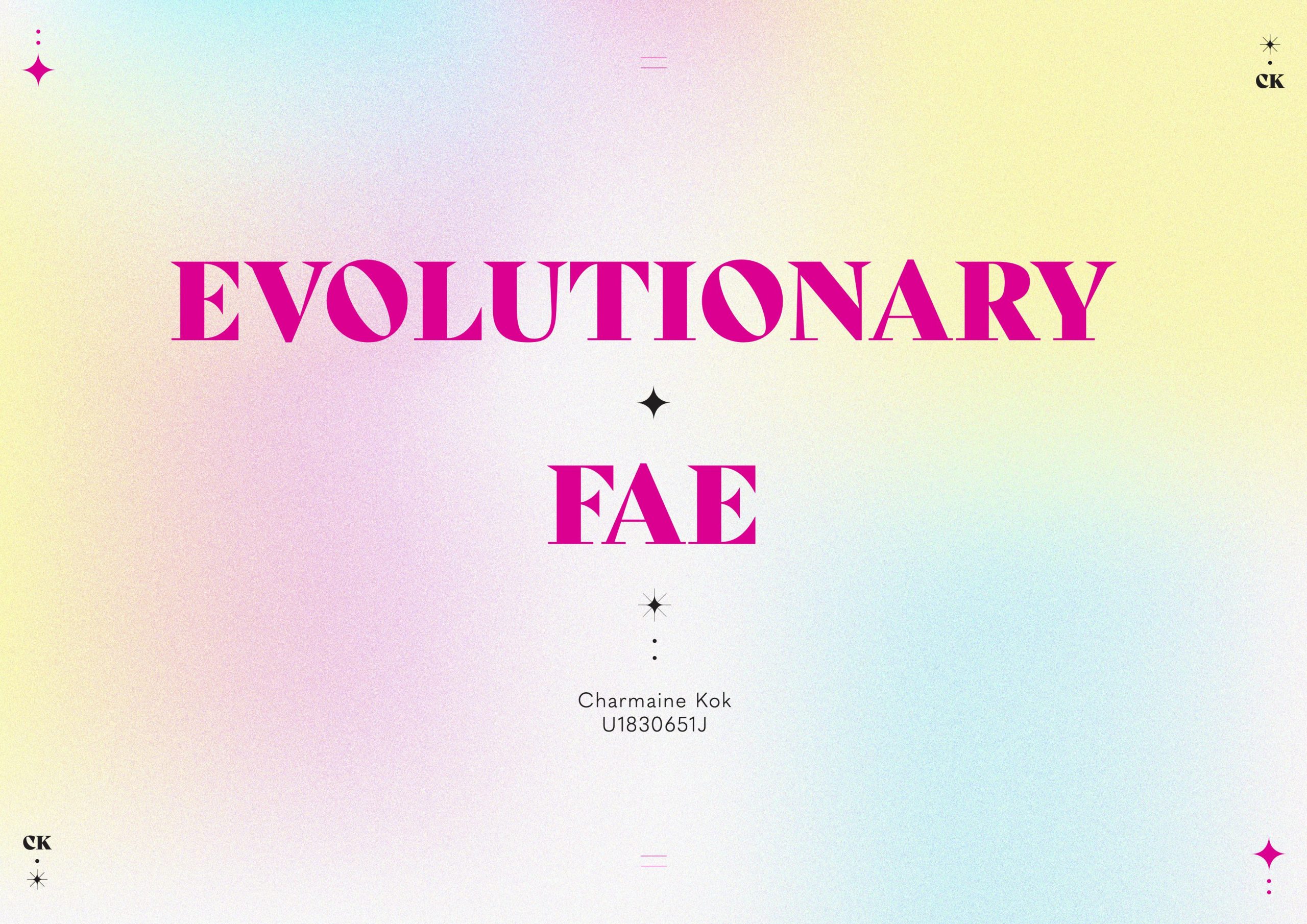 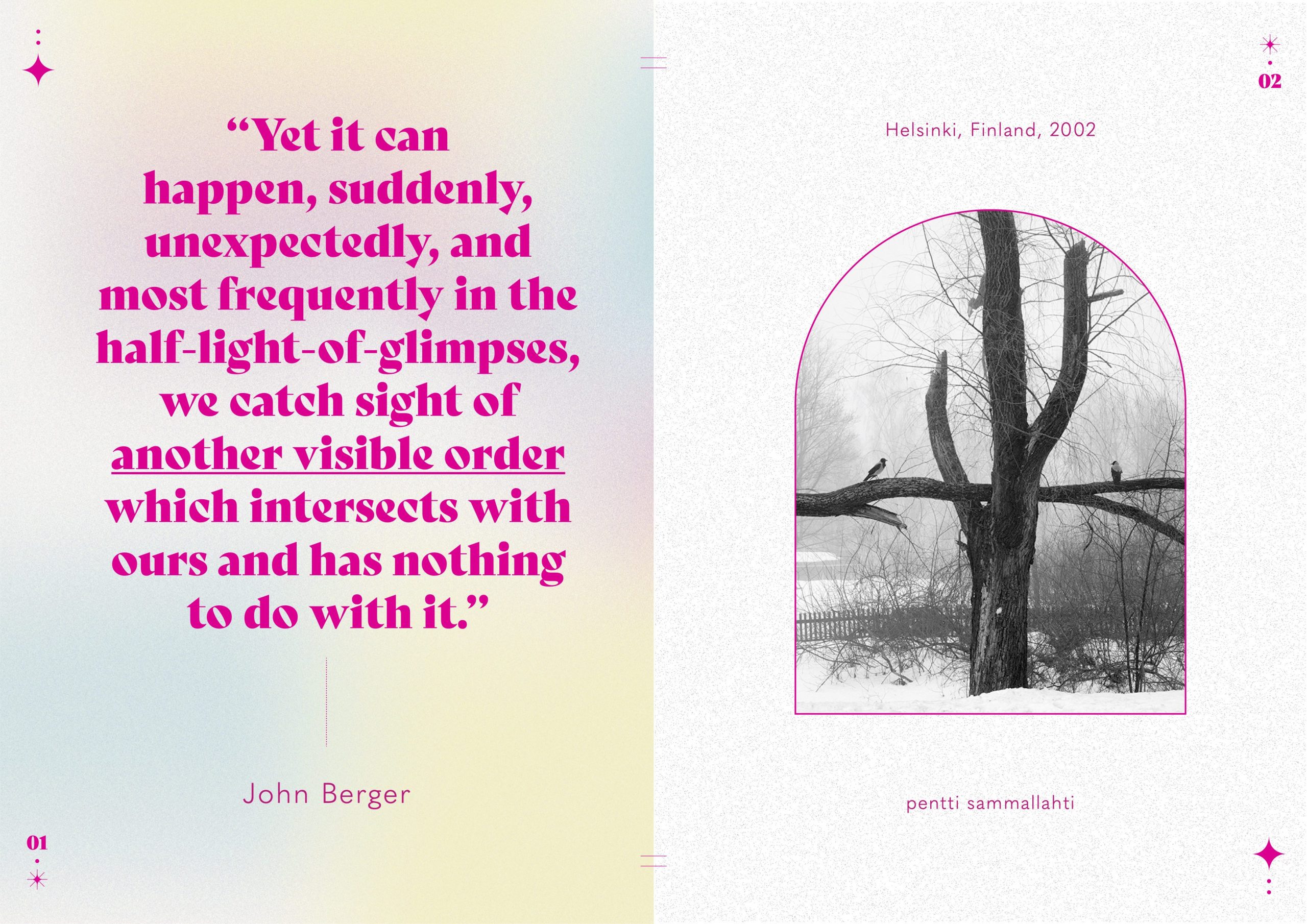 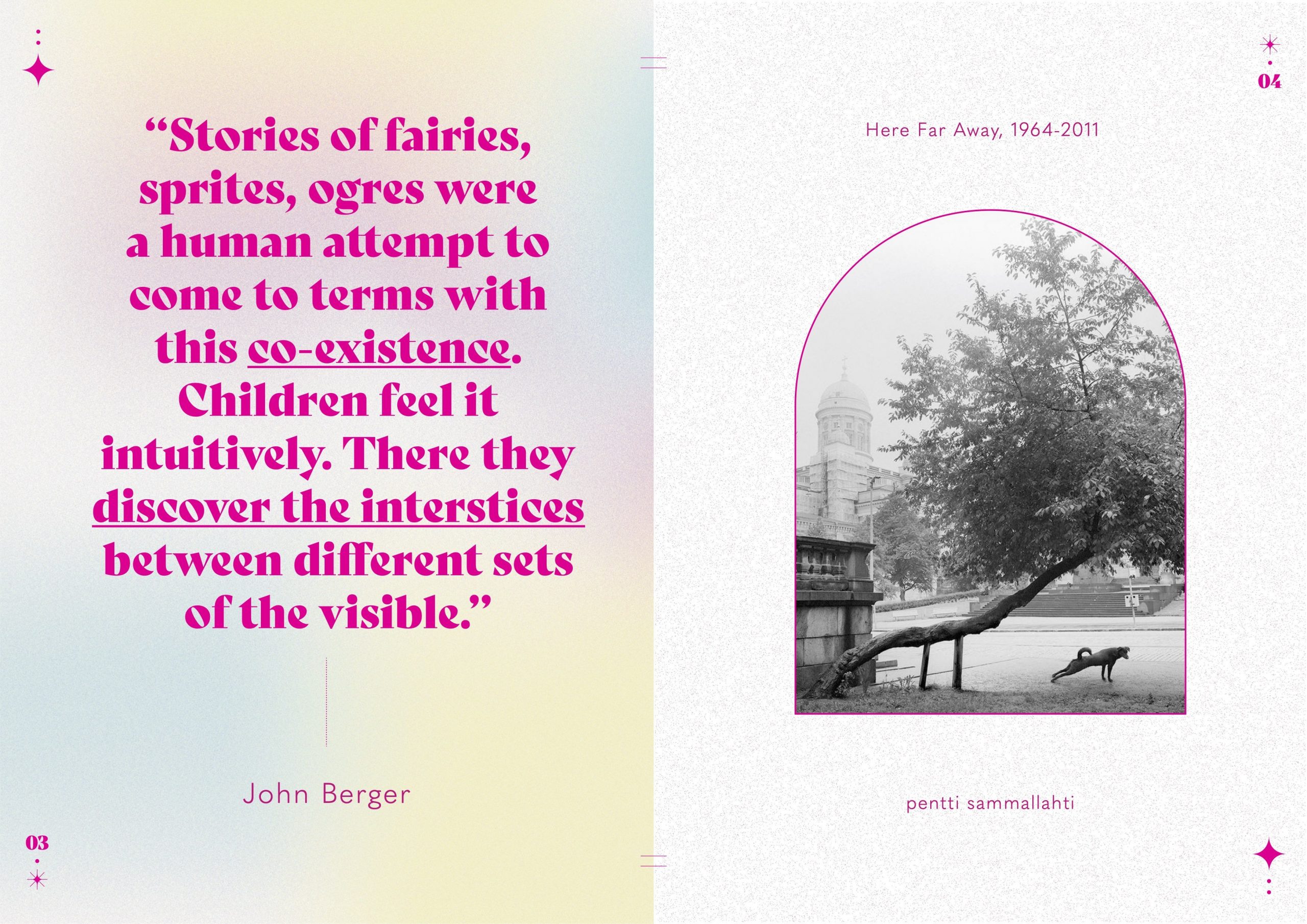 In this essay, John Berger describes the ability to glimpse into the alternate visible order, in the works of photographer pentti sammallahti. He talks about how animals act as gates to this other order, and how they serve as intersections between these worlds. He then describes how we’ve come to rationalise this alternate order that we were able to intuitively feel as children, through the concept of magic. 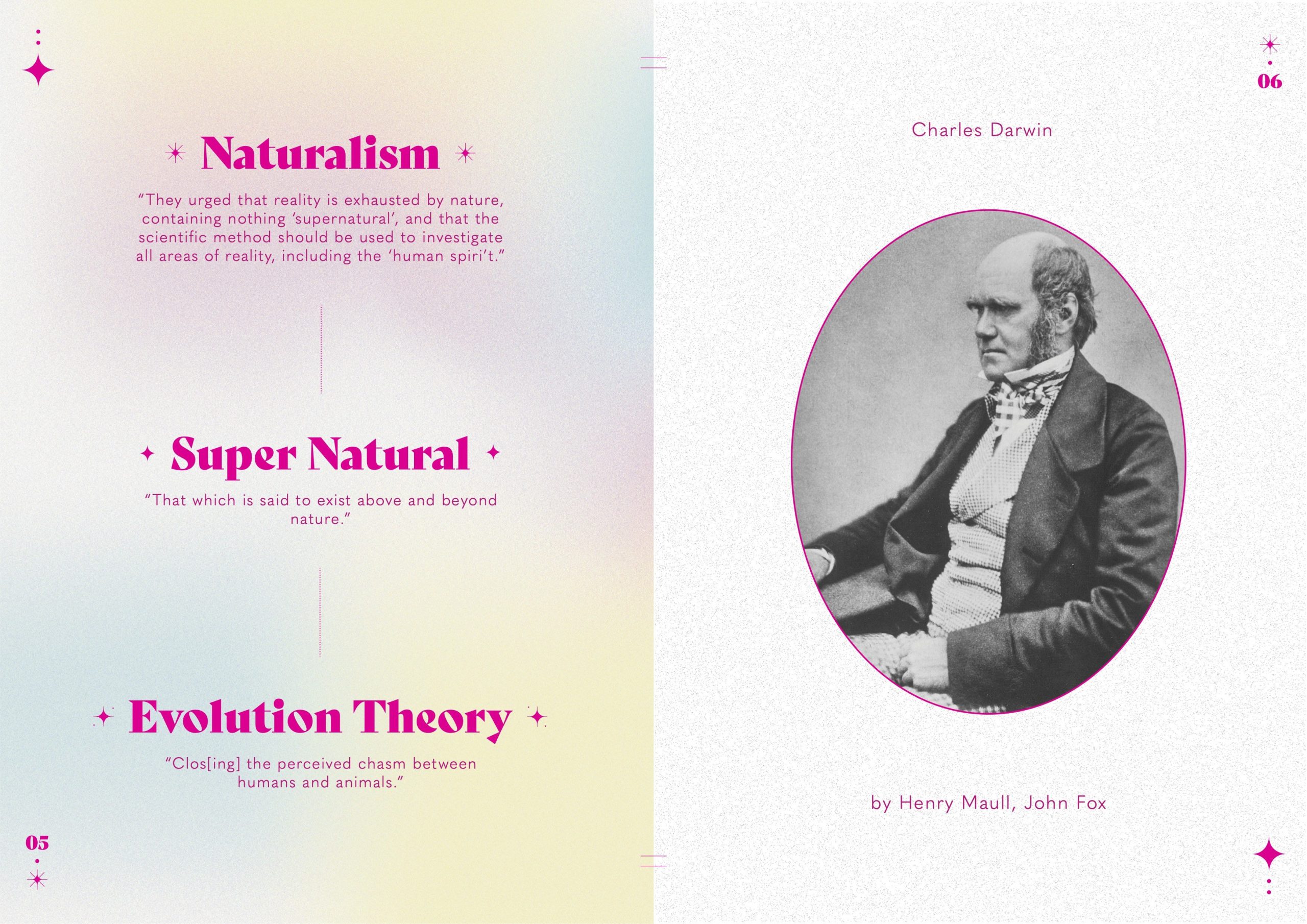 I was extremely moved by this and kept obsessively thinking about magic for months. Therefore, in this project I would like to explore the concepts of the supernatural, by applying the evolutionary theory to the supernatural. 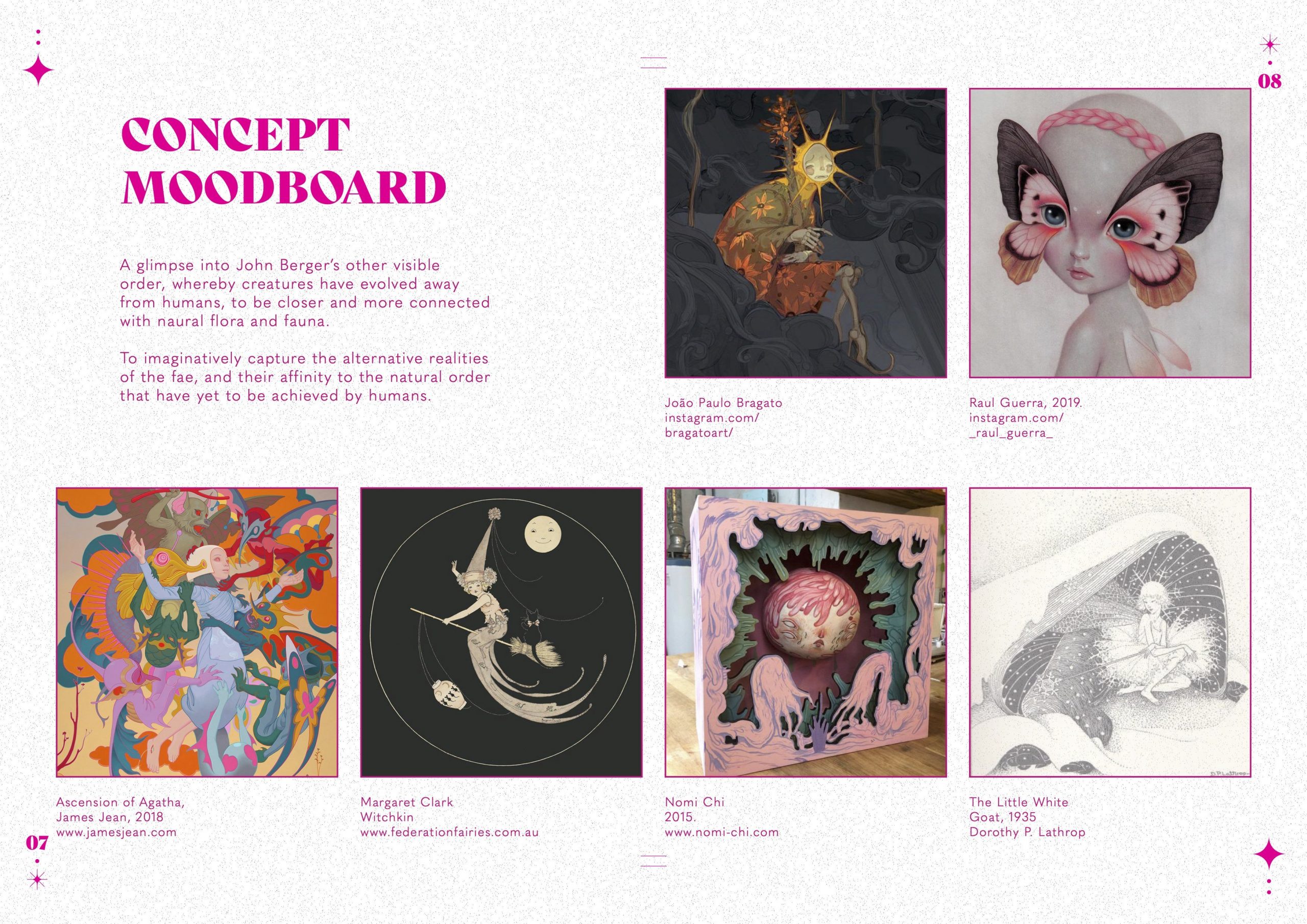 My concept is a glimpse into Berger’s alternative order, whereby creatures like sprites, and fae have evolved away from humans, to be closer to nature.

To imaginatively capture the alternative realities of the fae, and their affinity to the natural order that have yet to be acheived by humans. 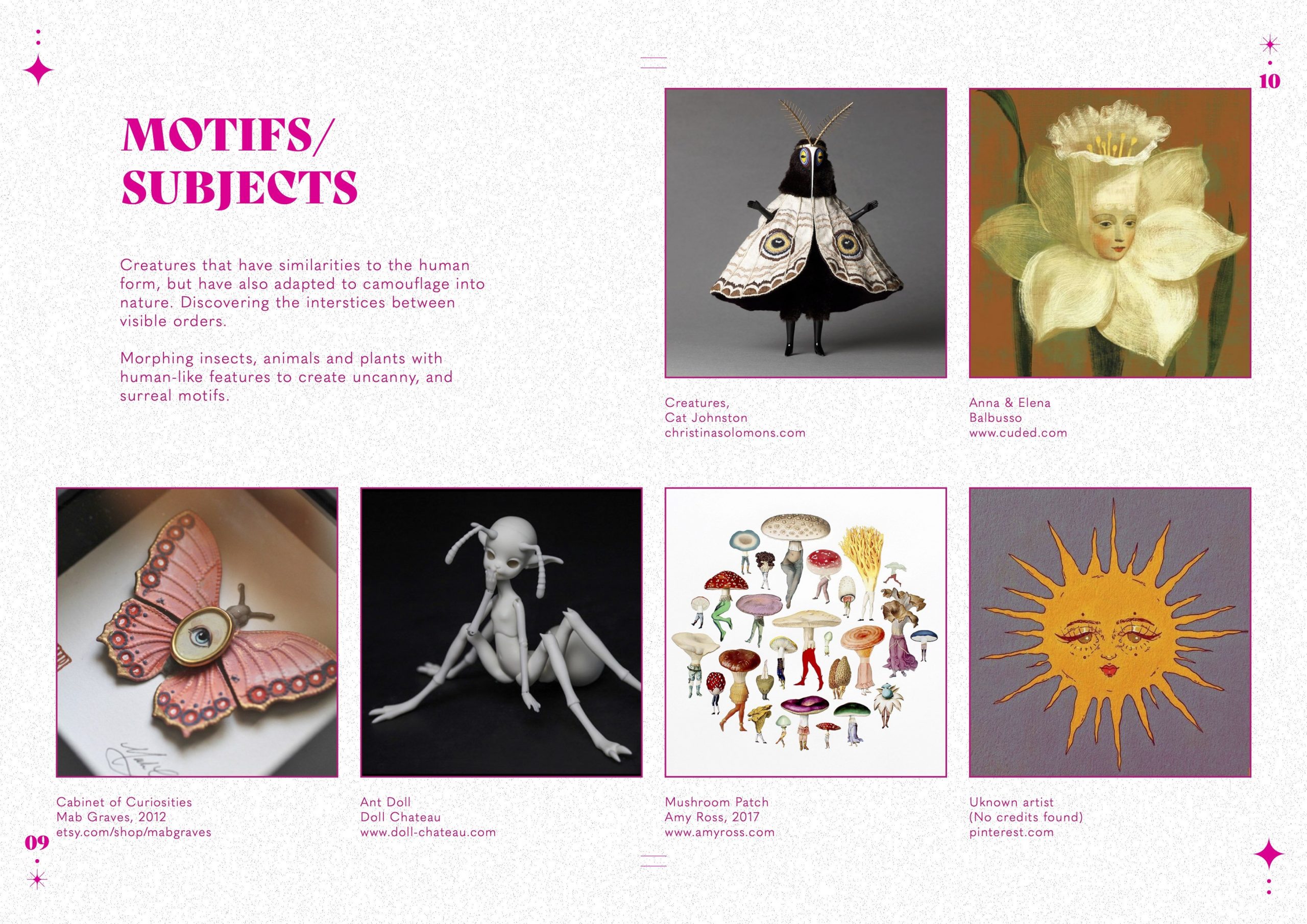 Here are some motifs/subject matters for my project. I want to incorporate the concept of evolution, and depict Creatures that have similarities to the human form, but have also adapted to camouflage into nature. Discovering the interstices between visible orders. 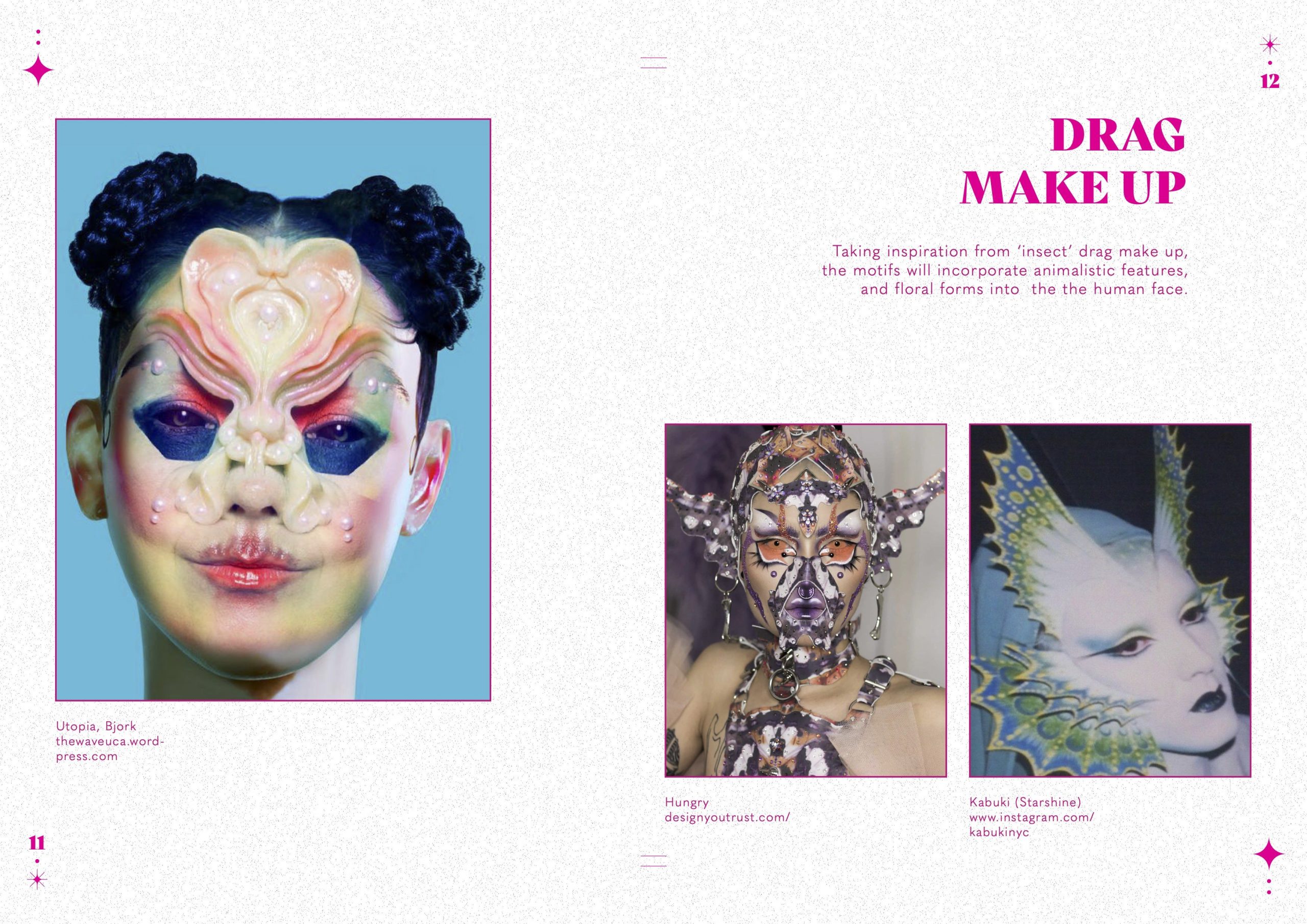 On a similar thread, I have always been a form of drag make up — particularly a form of this art called insect drag. Taking inspiration from this, I want to recreate the post-human aesthetic of the art form, and morph animalistic features and floral forms onto the human face. In line with evolution. 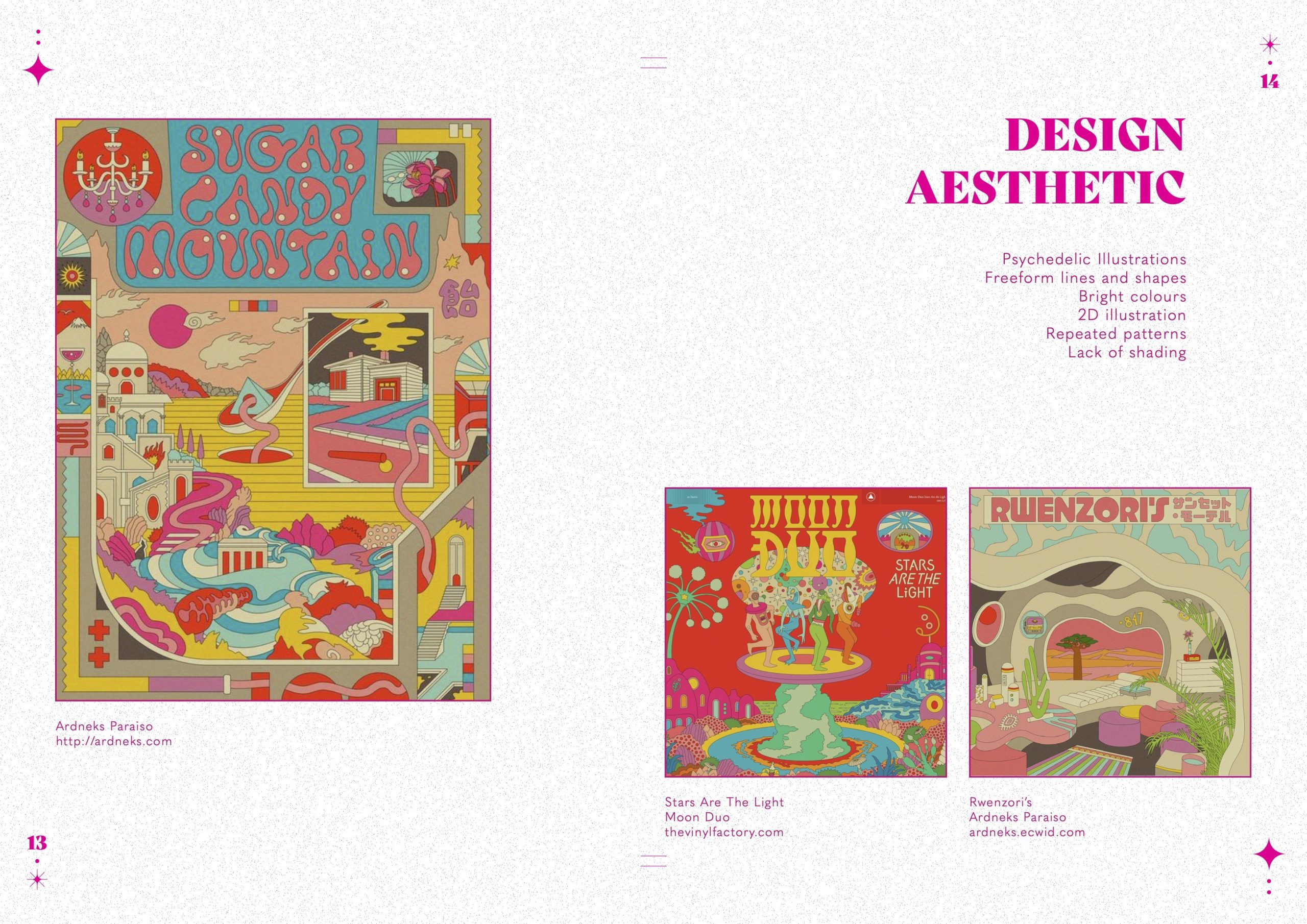 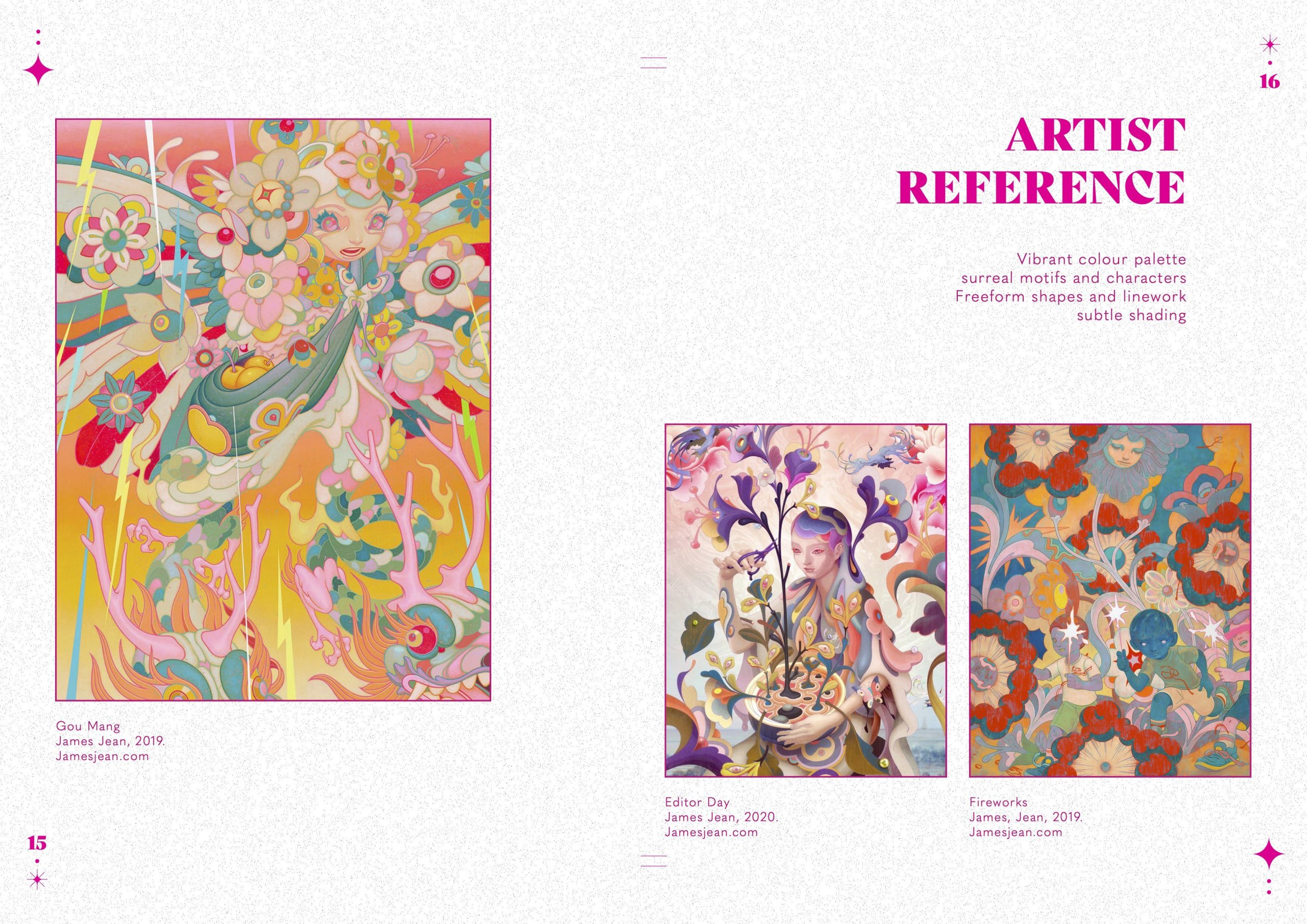 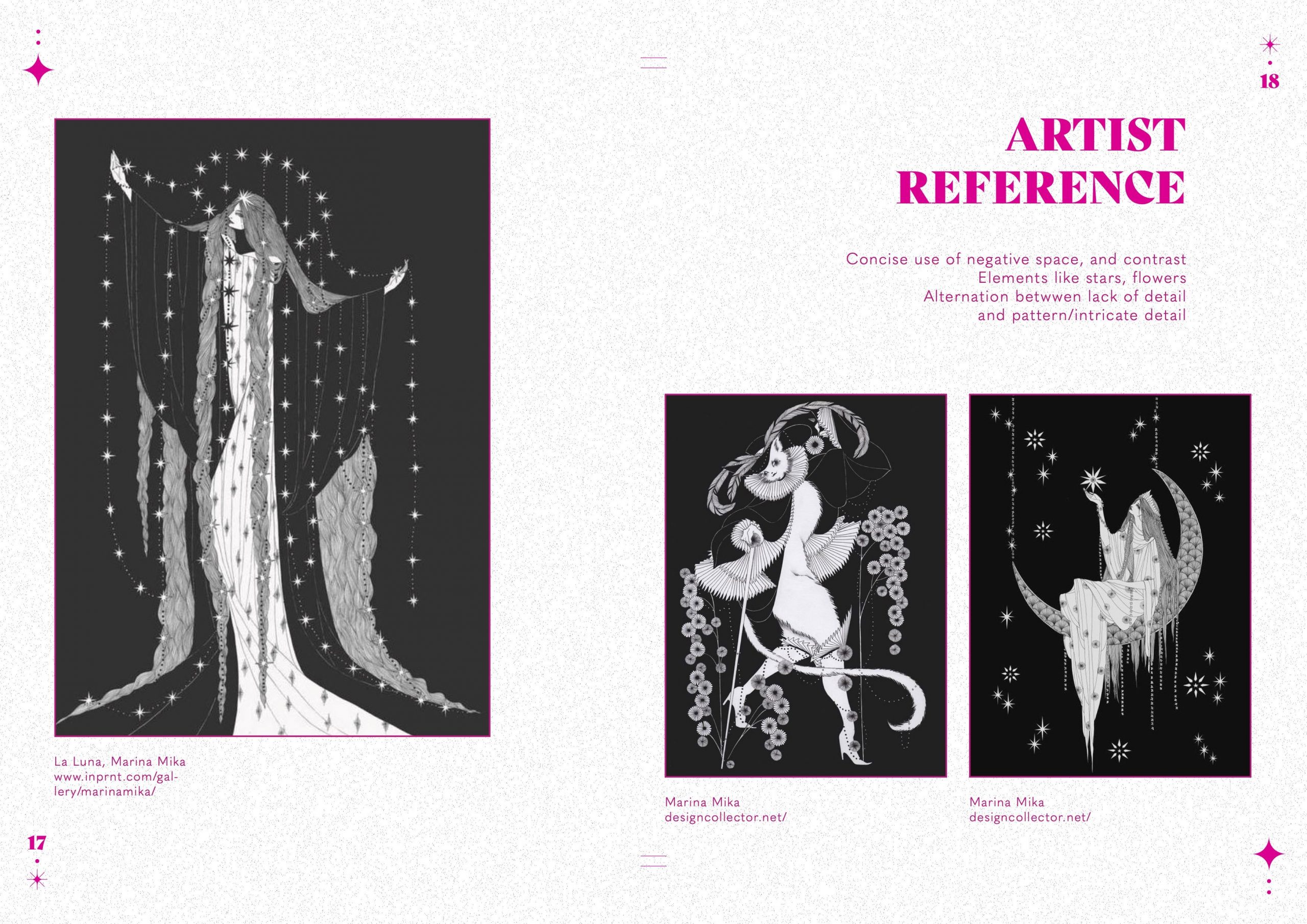 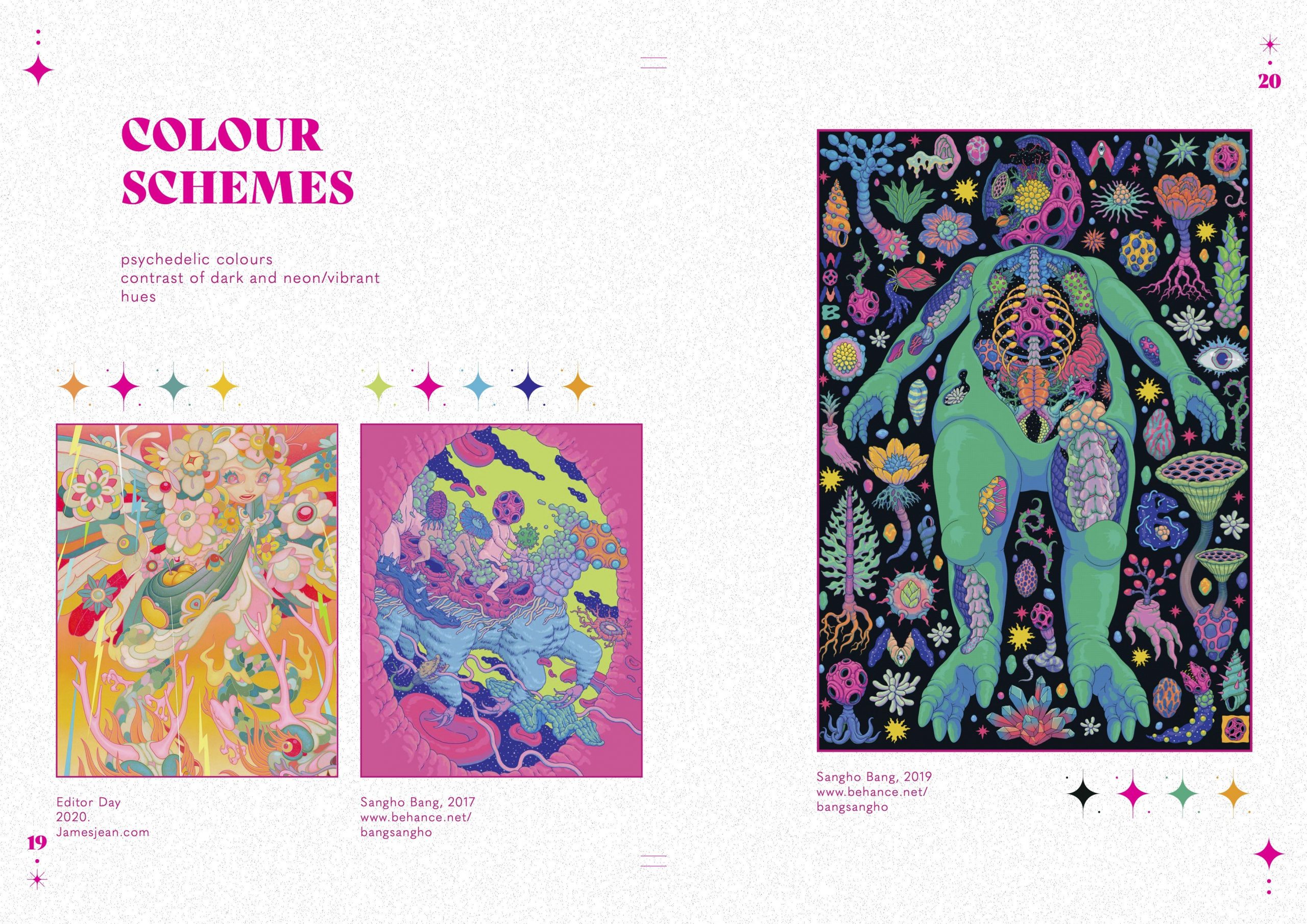 Question VII: Identify characteristic ideologies which define current local design practices, describe the qualities of design works which define them, that have meaningful impact on social cultural norms of Singapore or International Asia? 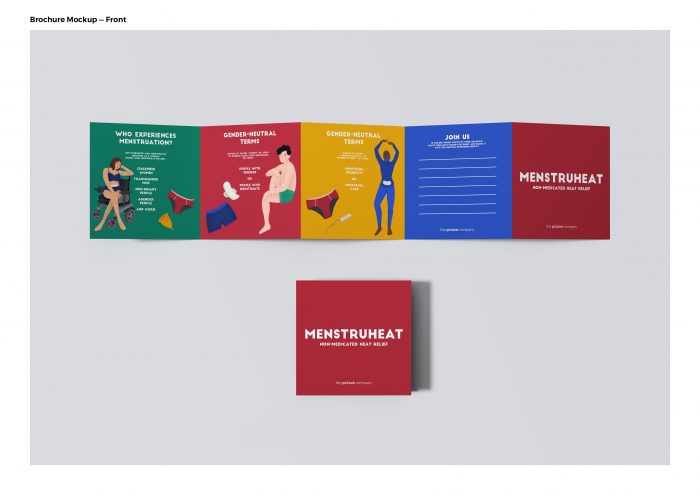 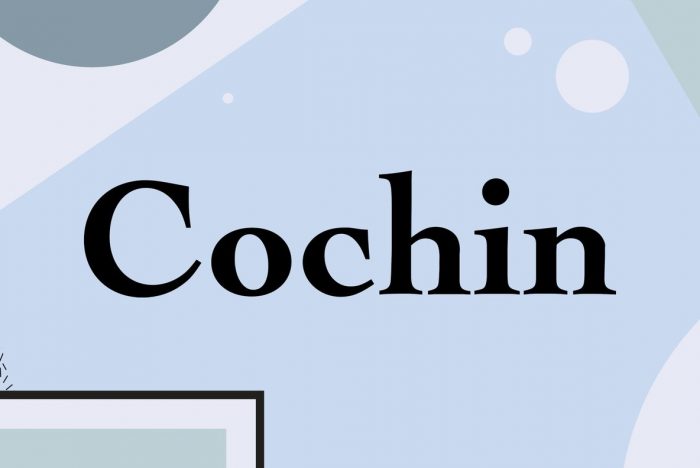 Cochin Typeface Cochin is a serif typeface produced by the French Type Designer, Georges Peignot in 1912 for the G.

Futura Strangely enough, the thing that caught my attention during this week’s lecture was the typeface Futura (which was fleetingly mentioned).

浮世絵 – UKIYO-E  The three tiles in Takiyasha the Witch and the Skeleton Spectre.

Family Dinner Detailed description “Family Dinner” is a dark object that aims to facilitate emotions of isolation, loneliness and guilt.