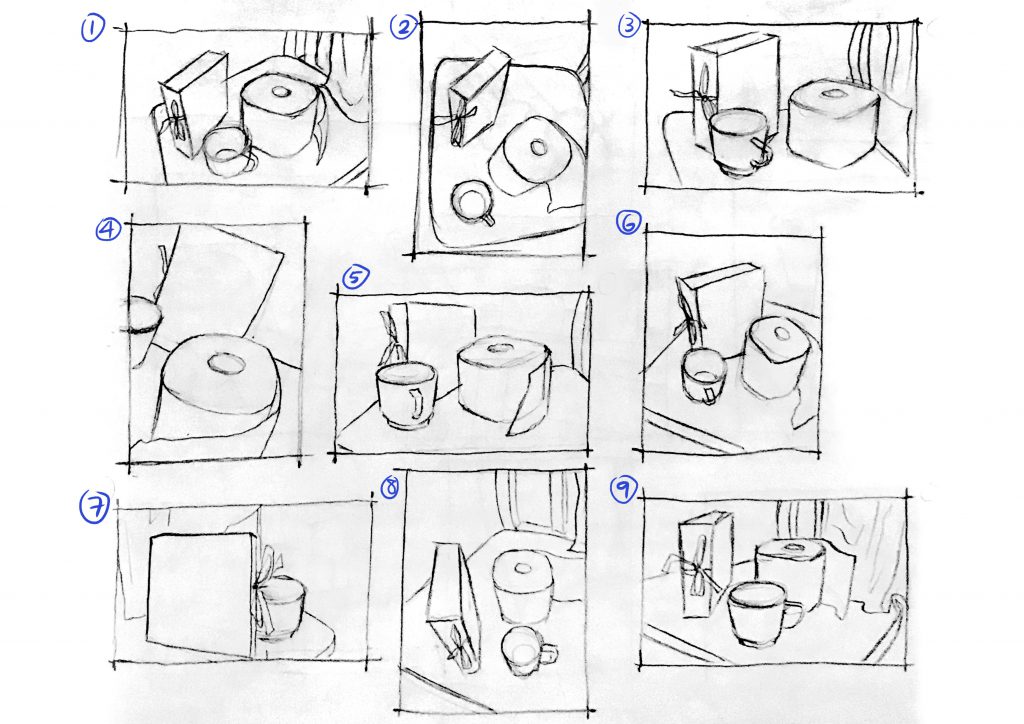 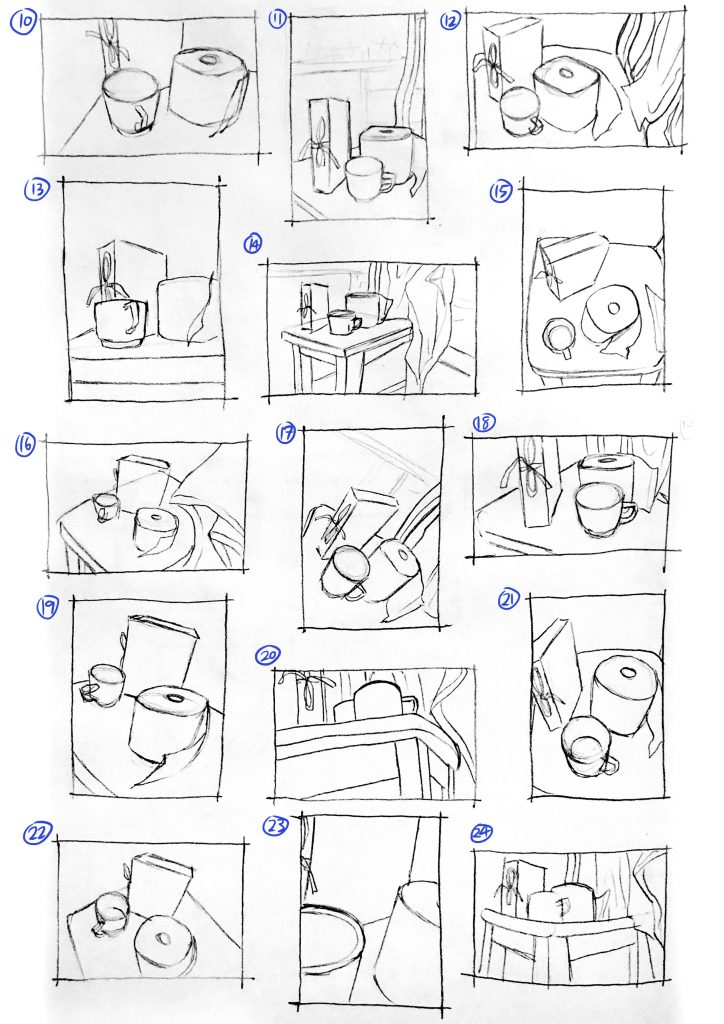 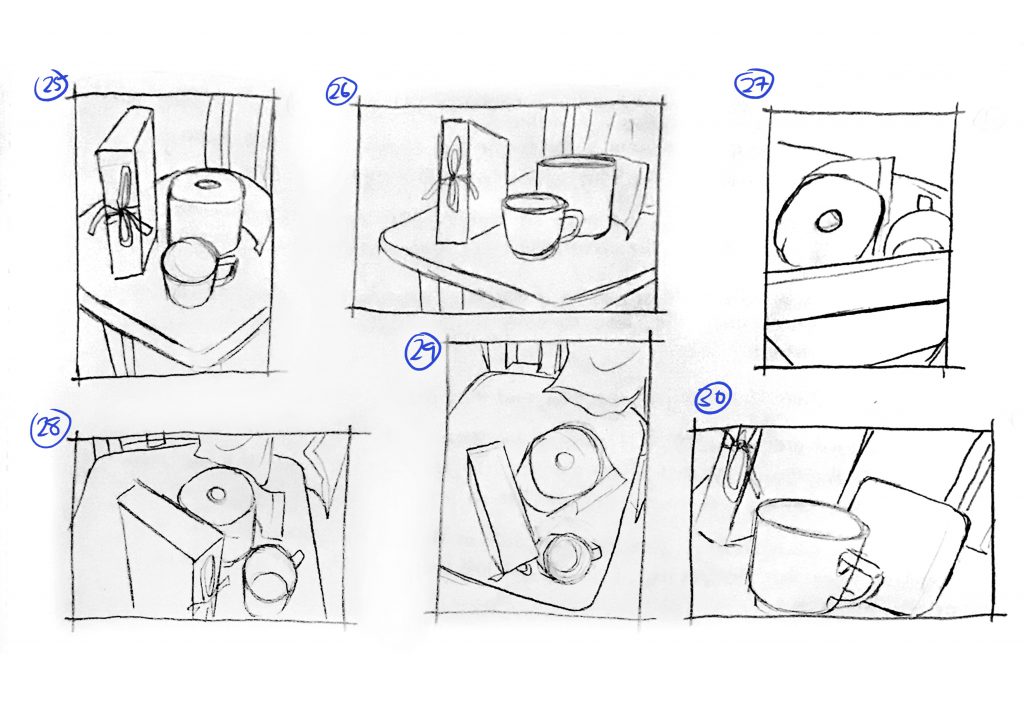 1: 9- I like this composition for its balance between the FG, MG and BG. The chair and cloth in the MG are also visible, but not fighting for attention with the focal points. I like how the ribbon on the box juts out of the silhouette, adding visual interest. Same goes to the flap on the tissue roll. I also like how the 3 main objects remain fully in the frame while the MG objects have parts exiting the frame.

2: 3- I like this framing for similar reasons to the first, but not as much as I would prefer to see more of the MG.

3: 5- This is similar too, but adding on to the previous rationale, I would prefer to see more of the MG and have a nicer flap on the roll that’s not too similar to it’s original silhouette.

4: 14- I like how the bottom of the chair is more visible in this composition than the others. The cloth is mostly visible too but there is too much space on the right.

5: 20- This composition is interesting as it feels like I’ve shrunk. It gives me an Alice in Wonderland feeling. Almost like I’m looking up and going to climb the chair.

6: 12- There is good balance between the FG, MG and BG. I like that a lot of the BG is visible here as there are interesting things going on in that area.

7: 14- I like the fact that in this composition, the cloth is now the FG. It looks as if I’m peeping secretively, giving the vibe of an observer.

8: 25- I like how everything fits within the frame, though some parts of the flap of the tissue roll is cropped. Though, it would look better without the cropping and by shifting the angle lower so the edge of the chair does not have a tangent to the bottom of the frame

9: 1- I would prefer if the flap of the roll were to fold outwards instead of in, which will provide a better silhouette. The items are too centralized and it would look better if arranged with considerations of the rule of thirds.

10: 18- I like how the items occupy most of the space within the frame, but I do not like the cropping of the box.

1: 27- I like this the least as the top of the box takes up too much unnecessary space. There are 3 straight lines going right across the frame and it just looks very boring. There is also nothing happening in the MG, which removes visual interest.

2: 24- I do not like how the cup and tissue roll take on such similar silhouettes from this perspective, especially at the top. The chair also looks awkward in this perspective.

3: 7- The box is covering most of the items, making it the focal point, but it is plain, and has a very regular and geometric silhouette, thus making this composition boring. Though I do like that the ribbon is visible.

4: 10- I don’t like how there is nothing in the MG and that the top of the book is cropped.

5: 4- The cup is cropped weirdly. 2/3 of it cannot be seen and the handle of the cup, which is an interesting part, can’t be seen too. The box looks flat as there is no perspective lines.

7: 29- There is too much boring, empty space on the top right of the composition and I would prefer for it to be occupied.

8: 19- I like the shapes within the roll, but I wish there were more things in the MG.

9: 15- There is too much empty space on the top. I don’t like how the edge of the chair is parallel to the frame.

10: 30- I think this is an interesting composition, with the cup being the biggest but there are too many tangent lines and the roll looks like a boring block.