I found the Rebus Principle the most interesting topic in today’s lecture. 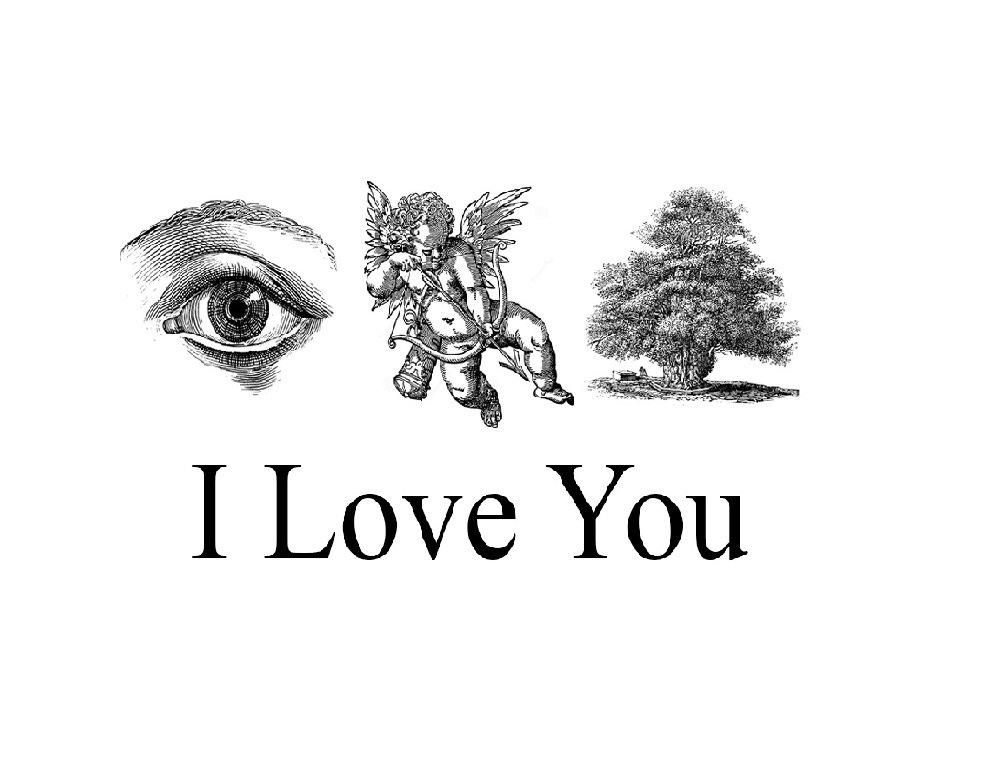 A rebus (/ˈriːbəs/) is a puzzle device which combines the use of illustrated pictures with individual letters to depict words and/or phrases. For example: the word “been” might be depicted by a rebus showing an illustrated bumblebee next to a plus sign (+) and the letter “n”. It was a favorite form of heraldic expression used in the Middle Ages to denote surnames.

I think it’s really cool how people from ancient civilisation found creative and convenient ways to express abstract words/images/thoughts. This is just a speculation, but I think Chinese and Korean words/writing systems are based off this Rebus Principle, or at the very least, influenced by it. Also, it’s being used in memes in today’s youth culture so I was really excited to know that some memes actually stem from this principle.

I was also very intrigued by the evolution of lower case letters. I’ve never considered that in the past, there were only upper cases and people didn’t use spacing/punctuation.

The letterpress machine by Gutenberg was also impressive.(Gutenberg’s punch and matrix). It is fascinating to know that the metal types were only convenient to use in standard English alphabet, and not Chinese characters. The chinese have definitely thought of this idea, but the sheer number of characters there are in the Chinese alphabet is a huge restriction to using a letterpress, which was a shame, but still cool to see the different ways they have tried to deal with this limitation.

Overall, I think typography is a really intriguing art form and I learnt many new things from this lecture!