The ability of the user to alter the media. There is reciprocal exchange between viewer and artwork.

Cybernetics is defined as “the science of communications and automatic control systems in both machines and living things”. It was interesting to learn and take into consideration how the things we use in our lives everyday is part of the concept of “interactivity”. Even right now as I am typing on my keyboard, it is a governor that allow me to “interact” with my monitor. It made me realise how we take all these things such as a mouse, steering wheels etc for granted and never paused to realise where they came from and how the idea came about.

“Medium is the Message” – Marshall McLuhan

The idea of medium is the message is that throughout history, what has been communicated has been less important than the particular medium that delivers the message. And mediums slowly advance due to technology. Technology has changed us, and that’s an undeniable fact. My understanding of this quote is that the more different the medium, the more different the message. Even though they convey the same information. For example, consuming a piece of news through twitter and consuming it through the newspaper will evoke different reactions from the audience due to its medium. Scrolling through twitter through your smartphone feels more casual. We probably would have scrolled through a few memes or rant tweets before reaching the news article. This will cause a different reaction from us as compared to if we deliberately picked up a newspaper and saw the news. The intensity of which we feel for the message, who is with us when we view the message, what were we doing before we viewed the message will always vary depending on the medium by which we consume it. This therefore means that the medium can in a sense ‘alter’ the message, hence making it more important than the content itself. 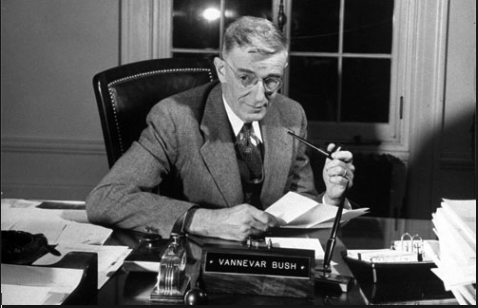 “A device that operated directly as we may think” – Vannevar Bush

I think that Bush was way ahead of his time and a great thinker. For someone who lived in the 40s, he was extremely wise with his thoughts on technology and innovation. He states: “Science has provided the swiftest communication between individuals; it has provided a record of ideas and has enabled man to manipulate and to make extracts from that record so that knowledge evolves and endures throughout the life of a race rather than that of an individual” He realized the importance of preserving information and created the ultimate machine : MEMEX. I love the idea of it tying 2 items together and that they’ll never be alone. It felt like a very sweet story due to how he was upset over Gregor Mendal’s research being lost for 30 years.

I was extremely amazed when I found out that they created the dynabook and the basic design hasn’t changed until now. This really proves how important and amazing their invention was. To think that it was created 4 whole decades ago and our current, most sleek and “perfected” laptop still resembles the dynabook. In fact, every laptop does. It made me wonder how the keyboard format was created. Has it always been QWERTY? However, the Dynabook was never built, simply because it was too far ahead of technologies. Facts like these make me respect them all the more for having thought of such a concept even without much latency. I also enjoyed hearing how the dynabook was targeted towards children. I think Alan and Adele were really thinking out of the box during their time. Children can really show us the interactive ability of humans and how they learn through kinetic means. I also found it interesting how the dynabook was designed for creative use instead of work alone. When these technologies don’t get used in art, it will be used in less delightful areas such as war.

I link therefore I am

When I first heard this, I thought about the Legend of Zelda…. But what this quote means is that human minds operate by association. And that is represented through hyperlinking. Where one thing leads to another that leads to another, just like the way humans think. It’s so cool how this idea is so prevalent in today’s age where technology is everywhere and how we spend time on the internet can actually define us and our personalities. This lecture also reminded me of hypertext fiction, an interactive way of storytelling which empowers readers to shape the story in which they are reading. Which also reminded me Bandersnatch, and of the movie “The Fall” which tells a tale of how a little girl helped to change someone’s life by having a proactive role in storytelling. See what I did there? Linking. 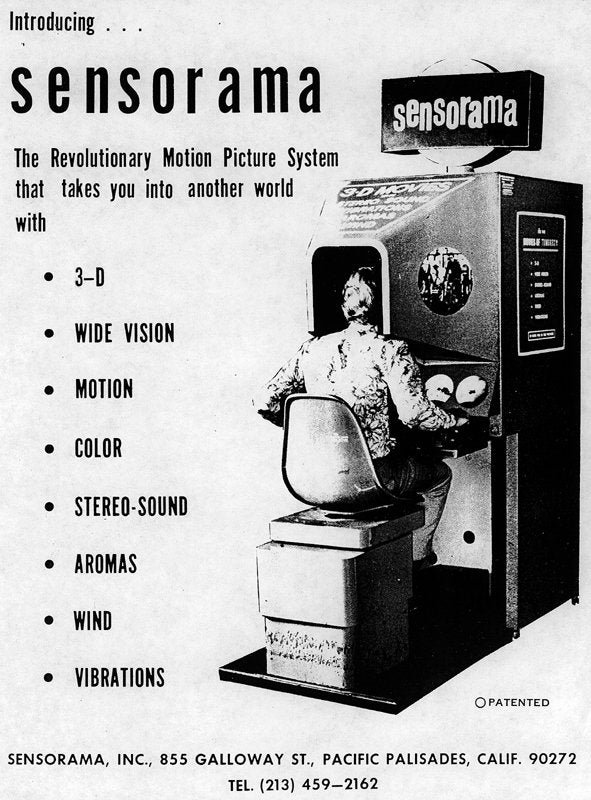 I would like to thank him very much for the invention of the sketchpad. Without him, there would be no Wacom tablets. And I love digital art so there would be no digital art without Mr Ivan. The video of the application of his sketchpad was really graceful and I have a lot of admiration and respect for him. It was definitely a groundbreaking invention during his time. His contributions to computer graphics were so visionary and important. Not only with the sketchpad but the Sword of Damocles as well. I am quite curious as to why he named the the VR the Sword of Damocles. In the original story, Damocles switched places with Dionysius, his king, to experience his wealth and luxury. However, Dionysius hung a sword above the throne, held only by a single hair to remind whomever sits on the throne that with great fortune, comes great danger. Damocles felt so much fear that he departed. Maybe Ivan chose that name as the VR also hangs from the ceiling due to it being too heavy. Or it might imply the ability to modify one’s perception of reality by adding or subtracting information. Or maybe it was just a cool and edgy name that he wanted to use.

Douglas created the sensorama as humans sense the world with all our senses and he wanted to create an all immersive experience. I think it’s cool how he was from a film background. This invention definitely inspired 3D/4D cinema (SHREK 4D) and it is humbling to know of its origins. It’s also cool how the first application of VR was for flight simulators. Immersion has such a practical usage and I think it is really important to know more about it in this technologically dominated era.

With the mention of Ready Player One during class, I can’t help but to wonder what are the ethics involved when we do reach a point where all these haptic technology is possible and widely accessible. What about privacy and safety? Are there laws that govern technology such as this? It made me think about this video: https://www.youtube.com/watch?v=rSQNi5sAwuc

It shows how technology allows us now to “hack” into bodies to control them. It is designed for medical reasons but I think it has potential to create a whole new level of immersiveness in interactive design. It’s super cool but scary at the same time but I’m excited to see how this progresses.